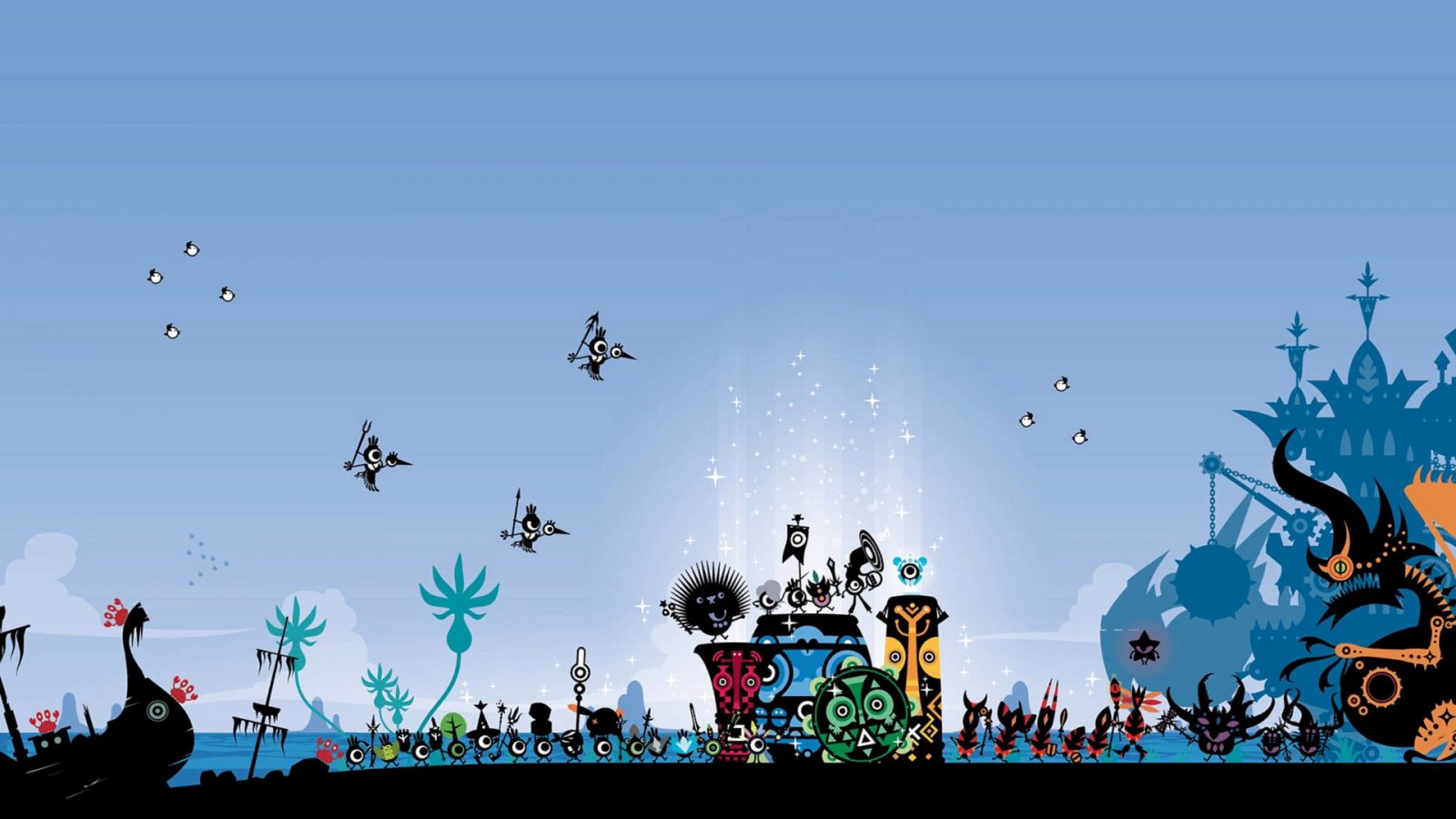 Patapon 2 was, and still is, the best kind of sequel. It remained familiar to returning players while improving upon tried-and-true mechanics, adding in just enough new features to distinguish itself from its predecessor. Amongst hardcore fans, it is arguably considered the best of this terrific trilogy of rhythm games. This remaster lives up to the legacy of this gem, perfecting its graphical contours to produce glorious 4K resolution. The final result is not only artfully stunning but a reminder of a gaming golden age. Amidst an oversaturated market of shooter sequels and mobile MOBA clones, the uniqueness of Patapon 2 will make you yearn for innovative game design that is hardly ever matched today. 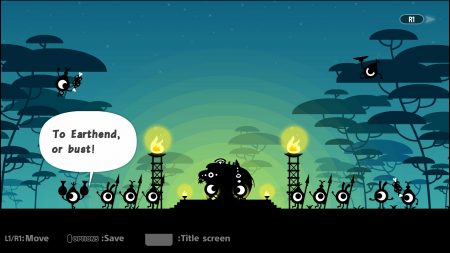 In Patapon 2, you play as the “The Mighty One,” the supreme deity of the titular tribe. The Patapons are incredibly charming creatures, all monocular and simplistically designed, yet still very expressive. Their cute appearance, however, bellies a folk all too familiar with war, as they prevailed over the opposing Zigoton army, which drove them away from their homeland in the first game. The sequel revolves around the search for their promised land, Earthend, and focuses on a new threat: the Karmen tribe, alongside a whole host of hostile fauna. As their supreme being, you will gather an army and command the Patapons through a twenty-hours-or-so campaign, with many more hours of side-content.

Commands are given using four magical drums, the main component of the gameplay. With these, you can direct advances, attacks, and defenses. Each respective drum corresponds to one of the four Playstation action buttons: triangle, circle, cross, or square. One drumbeat per second is heard. If you press a button to the beat for four counts (one measure), you will issue a command. Specific sequences initiate certain commands, I.E., square, square, square, circle orders an advance. As a visual guide, there is a border around the screen that blinks, helping you maintain the beat. If you flawlessly match four counts in a row, you will enter Fever Mode, which increases your team’s attack and defense. Once you get the hang of it, landing perfect syncs becomes second nature and an exhilarating sensation every time. 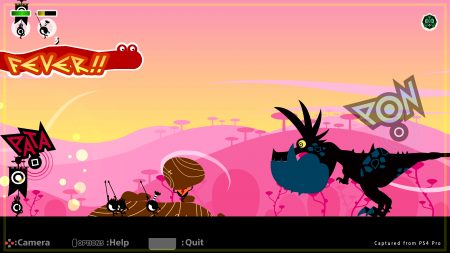 Maintaining your army is the key to your success on the battlefield. Each time you complete a mission, you return to camp. Here, you can upgrade your Patapons in the Tree of Life. Through its branching map, Patapons can be created and evolved. The primary unit class types are the melee-based Tatepons, the spear-throwing Yaripons, and the ranger Yumipons. Their evolutions are diverse, and you can unlock even more unit types as you progress and uncover scrolls, each with their branching upgrade trees. There is also the Hero, a welcomed addition to the sequel. He is the most valuable unit in your team and can become any class, suiting any tactical approach. Exclusive to the Hero are Masks, equipment that can grant the hero special buffs. These can be acquired through the Patagate, a mode that was initially playable with up to three other players in ad-hoc but now solely includes CPU-controlled allies called Komupons. Despite the loss of co-op, all missions are engaging, and those rewards are ripe for the taking!

There are over thirty missions. These range from story set-pieces and boss battles to training and hunting sessions. After a mission is completed, a higher-level version of that same mission is available, yielding a higher pay-off of resources, ka-ching (money to create units), and weapons if triumphant. This reward system is where the real nitty-gritty replayability comes in, incentivizing a startlingly gratifying grind. If that is not your thing, I recommend bumping the game down to easy difficulty. You could also play one of the many delightful mini-games on offer as an alternative method to earn resources. Scenarios range from watering a friendly giant plant to helping an anthropomorphic bell with her dancing skills. High Japanese art right here. 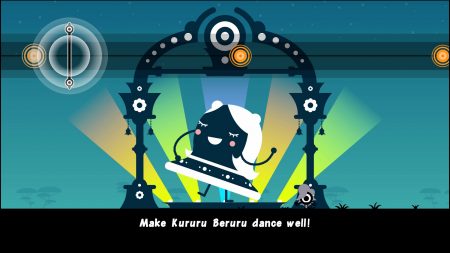 There are two fundamental issues. Firstly, there is no pause option, leaving the pressing or holding of the PS home button as your best substitute. Lastly, there is no autosave option. I quit the game and lost a few hours of gameplay after forgetting to manually save (please remember to save if you are going to buy). But you know what? Those lost hours gives me an excuse to play for even longer. Like the Patapon tribe, this game feels like it harbors ancient qualities from a bygone age — a few for the worse, most for the better. All-in-all though, Patapon 2 is an addictive and deceptively dense game, and the thousandth talking drumbeat will still resonate deep within your subconscious.

Patapon 2's remaster still retains some dated discordance. However, the 4k/1080p remastering of this sequel’s unmistakably cartoony beauty will strike a chord, as will its harmoniously musical gameplay. Ultimately, Patapon 2 remains one of the greatest rhythm games of all-time, if not the greatest.

Lorenzo is a 22 year-old Londoner and lounger. The mysticism of games criticism is his shield from any career that involves manual labor. Moreover, he wants to bring unique critical approaches to the realm of the Eighth Art. His favorite games include Red Dead Redemption and its sequel, Shadow of the Colossus, and The Last of Us.
Related Articles: Patapon 2 Remastered
Share
Tweet
Share
Submit