Arcade fighters have been a staple of the gaming industry for a long time. From Street Fighter to Tekken to Mortal Kombat and much more; this genre has offered players the chance to beat down friends and AI alike in technical, 2D combat. Dead or Alive is one such fighting series that has been going strong for years now, spanning generations of mainline and spin-off titles. Now, Dead or Alive 6, the next fisticuff-filled foray from Team Ninja and Koei Tecmo is upon us, and it comes out swinging.

Dead or Alive 6 is your usual arcade fighting game, but it has two key aspects which differentiate it from the competition: the ability to sidestep and an emphasis on fanservice. Instead of only being able to defend against attacks by moving backwards or blocking, you can sidestep to dodge. This feature has been implemented in other fighting games, but it’s still important enough to point out. It adds a bit more realism to the combat as well. As for the fanservice, veterans of the series know that Dead or Alive puts an emphasis on the sex appeal for the female characters. They aren’t all oversexualized, but the intent is clear. It doesn’t take away from the action-packed combat, but anyone considering buying the game should keep that creative direction in mind.

The combat itself boils down to punch, kick, throw, hold, block, and sidestep. There’s nothing new about having a button for each of these actions (with sidestep and block using the analog stick), although some players may not know what hold means. A hold is essentially a counterattack. Pressing square and tilting the left analog stick in a specific direction can initiate a counterattack against your opponent. For example, square and backwards counters mid-level punches, while square and forwards counters mid-level kicks. The left analog stick must be tilted in different ways for the other attacks though. You need perfect timing to pull these moves off, so you’ll need to get some practice in. Once you’ve gotten a better feel for it, you’ll be equipped to stop an opponent’s onslaught. 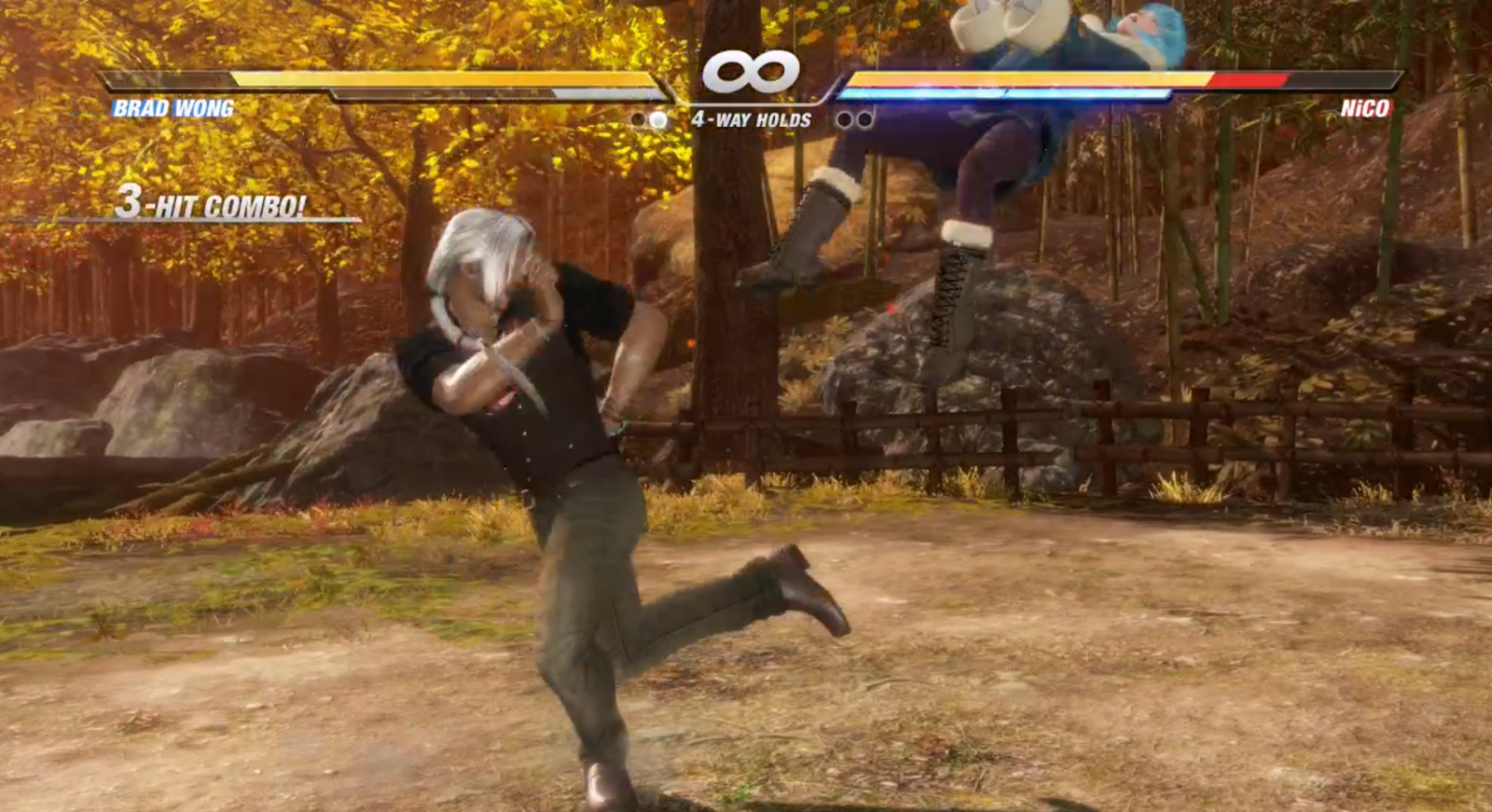 The other aspect of combat to be aware of is the break blow. Pressing R1 allows you to perform stronger hits that are harder to block. The downside is that these attacks are slower than the regular attacks. Under the health bar, you have a special meter that comes into play here. If the meter is half-full, you can press R1 and back to perform a break hold and escape an opponent’s break blow. If the meter is completely full, you can press R1 and forward to perform a fatal break, which is a powerful special attack. You can also automatically link a fatal break into a break blow combo by hitting four break blows in a row. I personally prefer the latter option because pulling off a combo which seamlessly transitions into such a powerful move feels satisfying. Skipping straight to the fatal break is best used in emergency situations where you’re either trying to save yourself or end things quickly. 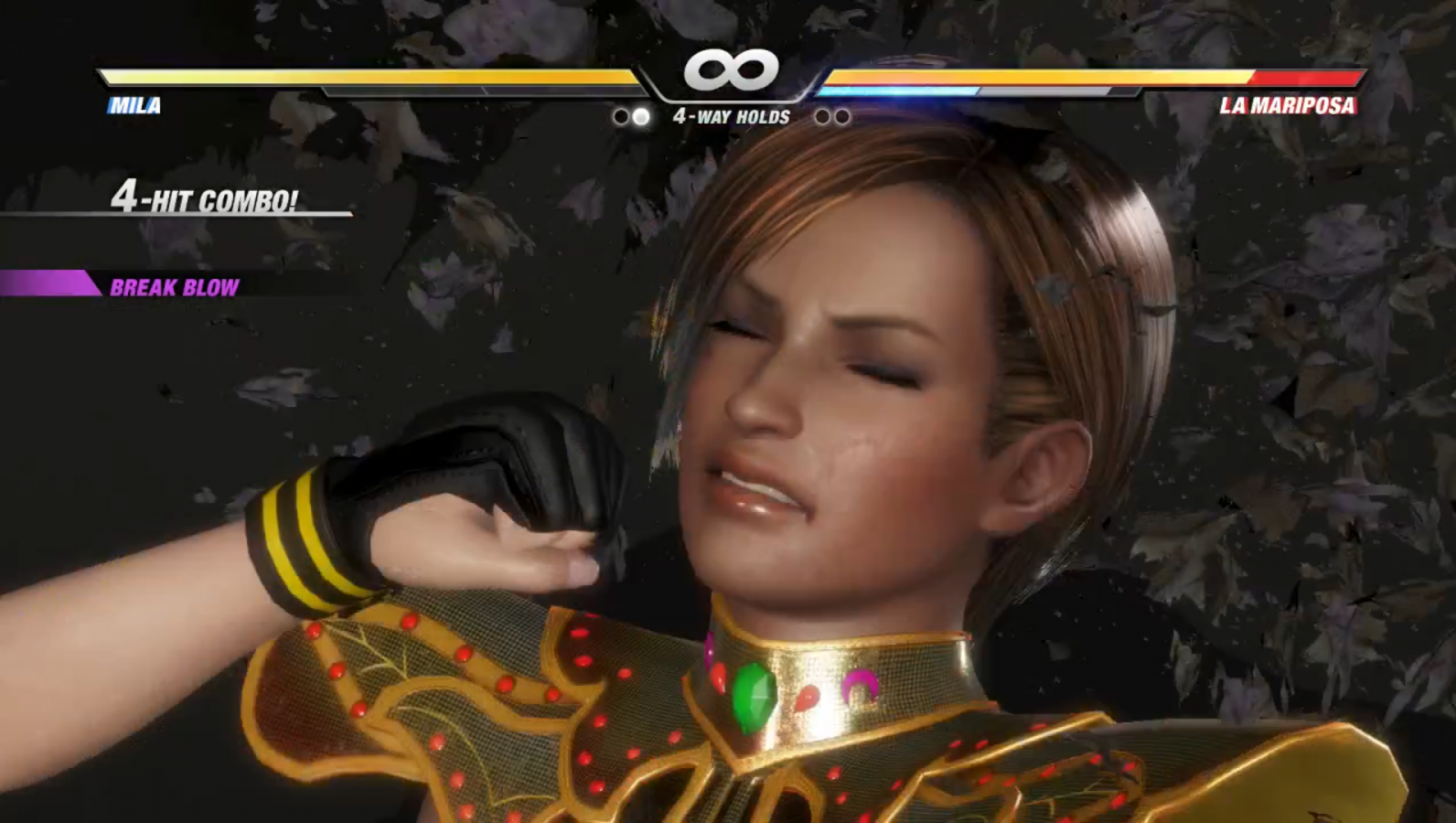 Games have been emphasizing multiplayer more and more over the years, but Dead or Alive 6 has made sure not to skimp on the single player experience. Solo players have access to story mode, quest mode, arcade mode, time attack, survival, and a bevy of challenges. The main storyline continues after Dead or Alive 5, with the corporation M.I.S.T returning to enact their nefarious plans once again. I haven’t played the other Dead or Alive games, so I unfortunately don’t have much experience with the whole timeline. That being said, I believe the story would be more interesting to longtime fans of the series. Alongside that plotline, there are various characters that are following their own paths. You have the option to play bits and pieces of their stories, with some of them connecting to the main story, and others feeling disconnected. Those stories do help serve to remind players that the Dead or Alive tournament is still a thing. The biggest downside to story mode is that at most it only takes a few short hours to finish.

The quest mode gives players a series of fights to complete, all while earning stars. Each quest has three conditions you are tasked with completing, and each condition rewards you with a star. You can complete a quest and only earn one star, but you’ll want to try to earn more. Not only do you earn more money for the shop, but you can unlock access to extra outfits in the shop. Later quests must be unlocked by obtaining designated amounts of stars, so there’s another incentive. I enjoyed quest mode a lot more than story mode, so I spent more time fighting in that mode. Arcade, time attack, and survival are staples for fighting games, and they haven’t been altered here in Dead or Alive 6. As for the challenges, there are combo challenges for each character that you can try to complete. These test your combo-creating skills, but they are pretty tough if you aren’t a master at the game. I couldn’t do many of them myself unfortunately. 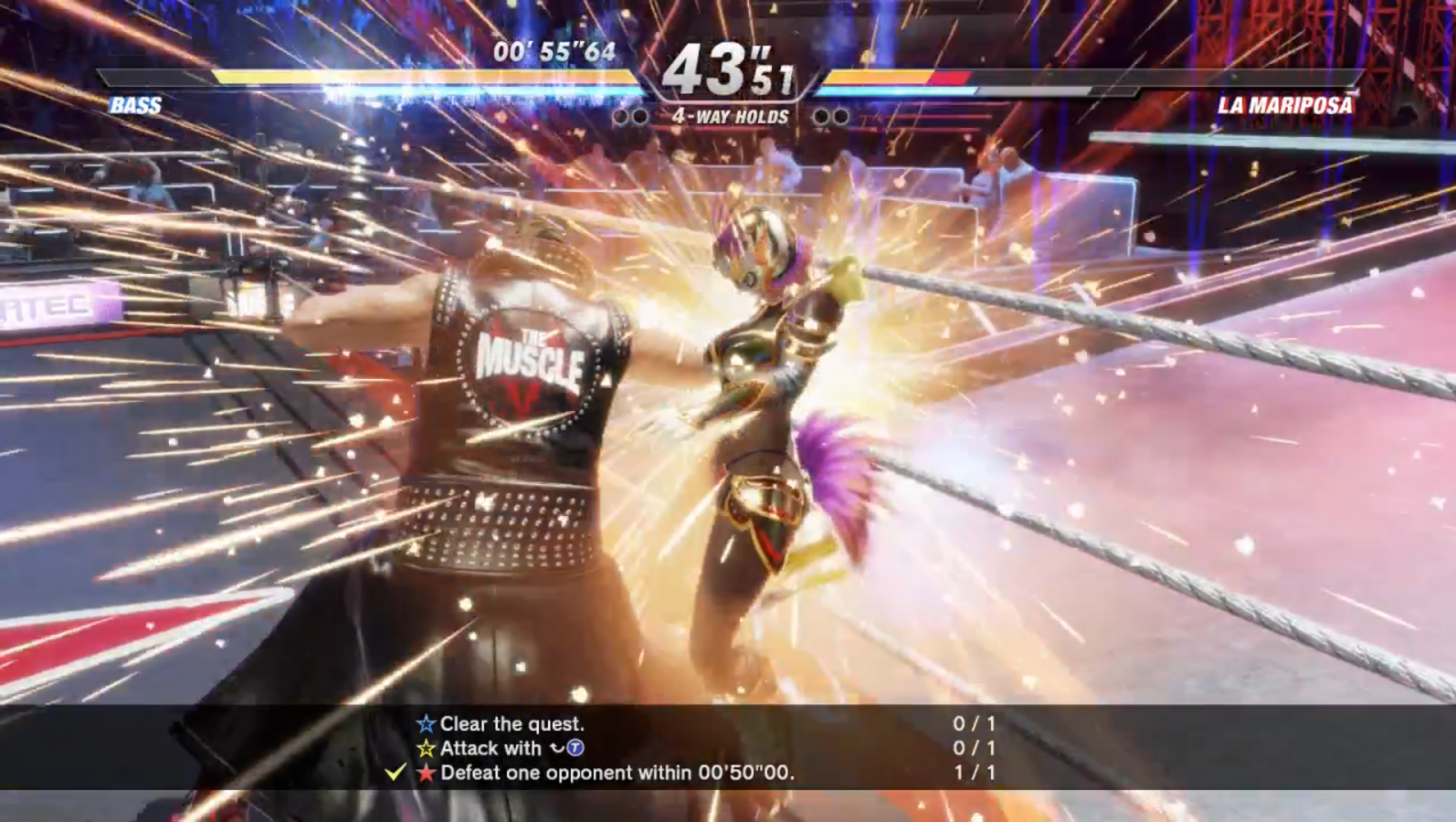 Multiplayer was mentioned earlier, so of course I needed to test it out. It didn’t take long to find opponents, except on a few occasions. I never waited more than about two or three minutes at most. The combat felt as fast and fluid online as offline, with the exception of when I ran into players with a bad connection. Even in those cases, the game wasn’t unplayable; it just felt bogged down. I never had any disconnects, which is the bane of any online fighting game.

Dead or Alive 6 has some tense, fast-paced combat, but it’s essentially on par with any other fighting game. The fights are fun, especially when you deliver some powerful blows, but it doesn’t have anything that stands out from the crowd. The characters are quirky, but in some way, they all seem sort of familiar. That isn’t necessarily a bad thing, but it’s hard to ignore. That being said, Dead or Alive 6 is a good addition to the fighting game scene. For fans of the series, you may have already picked it up, but if you’ve been considering jumping into the series with this entry, I’d say it might be worth a shot. If you don’t want to spend the $60 now, you might be better off waiting for a price reduction. Even so, let’s see how well your training paid off as we begin the Dead or Alive tournament!

Dead or Alive 6 is a good addition to the fighting game scene, although it doesn't stand out from the crowd. The story is okay, but probably resonates better with longtime fans. The combat is fluid, action-packed, and plenty of fun regardless.

Codi loves to play video games and watch movies. He will watch almost any kind of movie just to experience them. His ideas take inspiration from the shows and movies he watches, and games he plays. He also loves a good pun.
Related Articles: Dead Or Alive 6
Share
Tweet
Share
Submit