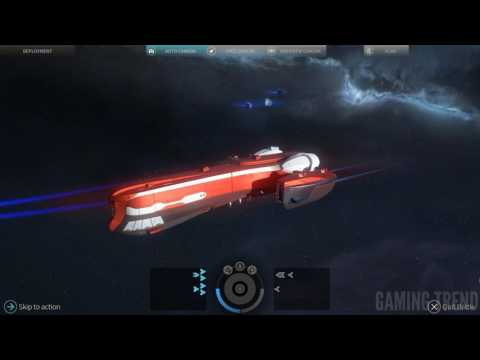 There’s something about the 4X genre that, when compared to games like the Civilization series, makes it feel deep and comprehensive. Maybe it’s the vastness of space, and perhaps it’s the diversity of unfamiliar races, but there’s no doubt that the 4X genre is one that demands time, strategy, and long-range vision. After six months in Early Access, veteran 4X developer Amplitude, has released Endless Space 2, and after nearly 1000 rounds, I’m ready to talk about it.

After a great Starship Troopers-esque intro ending in the harsh juxtaposed reality of the filthy and hard work of terraforming, Endless Space 2 kicks off with a quick tutorial to go over the basics of 4X gameplay, as well as how developer Amplitude Studios has put their own spin on the genre.

You’ll receive quests throughout your conquest.

Most 4X games provide very little setup for their overarching storyline. It’s usually enough for you to draw conclusions on which races fit the established archetypes of good guys, bad guys, techies, spies, etc. Endless Space 2 goes all-in with not just one storyline, but several. Each of the eight playable factions has a storyline, all of which run parallel to one another. Swaths of writing accompany each of the available missions for each faction, justifying why you are tackling the quest even if it boils down to “go here and fetch this”. These are driven by the heroes of each faction, each with their own strengths and backgrounds.

Unlike any other 4X game I’ve ever played, Endless Space 2 features a great deal of voice acting. Beyond cutscenes, many of the transition text moments are read aloud by a solid cast of voice actors. The text that supports these narratives and cutscenes is supported with some top-shelf writing, and nowhere is that more obvious than the political intrigues that permeate the entire game.

Each of the eight major factions has their own motivations and archetypes. The Cravers are a pure warrior race, hell bent on taking over very portion of the galaxy without mercy or quarter. On the opposite end of the faction spectrum is the Lumeris, who value trade above anything else. Sophons are heavily focused on science and technology, whereas the United Empire are the human locusts of the universe intent on stripping everything of its precious resources. Each faction plays very different from the others, and they all start with different technologies pre-researched. With a game this large it’s hard to speak definitively to balance between factions, but in nearly a dozen hours it feels like there’s a move and countermove for everyone.

In terms of presentation, there’s no doubt that Endless Space 2 is downright gorgeous. Even the menus are sleek and beautiful. The UI is clean, informative, compact, and delivers a great deal of useful information without becoming obtrusive. The story missions are often simply a picture of the faction hero doing something related to your mission, and a box of text, but the presentation of the data makes it feel like more than that. The art and UX team at Amplitude earned their paycheck here in a big way.

Coupled with the fantastic artwork is a solid soundtrack. It’s moody, melodic, and driving at just the right times. It’s odd to call out a strategy game for an unreasonably good soundtrack, but there it is. It’s the sort of thing you might purchase.

Creating warships works differently in Endless Space 2 than in usual 4x titles. You’ll be able to create a settler ship and a patrol ship for each faction. Building any more than that requires research unlocked through the tech tree. Once researched, you can begin to build more powerfully armed gunships or vessels with more armor and shields. You can name these ships whatever you’d like, and using a simple drag and drop system you can decide for yourself what weapons, projectile launchers, and support modules are on each. Depending on the makeup of your foe’s strengths, you may want heavy lasers, or perhaps you’d like to stay further away and launch missiles to soften them up. It creates a welcome layer of strategy and planning I’ve not seen in a 4X game before.

Building your ship is entirely bespoke.

Adding to the weapon creation engine is a battle tactics system. You can load up to five (once you unlock two additional through research) battle tactics that have various defensive and offensive bonuses. For instance, the Turtle tactic gives a 55% bonus to Hull Plating absorption, whereas the Power to Shields tactic gives a 75% bonus to shields at a 10% drop to weapon power. These are helpful when the battles are evenly matched, helping turn the tide. Similarly, when assaulting with ground forces you can select from several approaches, later mixing in tanks and aircraft.

With your birds in the air, you’ll eventually end up going head-to-head with the enemy. While you’ll likely toggle it off after a while, Amplitude provides a fantastic view of the action. After selecting your battle tactics, your fleet will scream towards the enemy, launching missiles, ripping beams across the sky, and percussively pounding with projectile weapons at close range. The camera sweeps around and shows damage to both sides, culminating in whatever outcome comes of it. It’s a cool addition, and a great way to see your ships up close and personal.

Colonization works slightly different than other 4X games as well. Instead of simply showing up and landing troops, you’ll have to have the right technologies researched to inhabit a planet. Even then you may find that the planet is inhospitable. A tundra planet won’t grow food as well as a lush one, and you can all but forget setting up decent farming on one that is primarily made of lava flows. Thriving and utilizing each planet’s resources effectively means balancing research improvements against expansion and military supremacy.

There is a shortcut in Endless Space 2 that is a welcome addition to the formula. When you are looking to colonize a planet, and you don’t yet have the technology to do so, you can CTRL-click on the planet to immediately open the research panel, centering your cursor on exactly the technology you need. This shortcut appears in several other places, reducing the time needed to scrub through the otherwise large tech tree.

There is an Era system that is directly tied to the research system. Empire Development, Diplomacy and Population, Warfare, and Science and Exploration make up your primary tech verticals, but passing certain thresholds within those research ranks will close off others. This creates a risk / reward / replay system that ensures that playing another game can provide a different experience.

If all of this sounds complicated, to make sure Endless Space 2 appeals to veterans and newcomers alike, the team at Amplitude Studios has built three difficulty levels, as well as tutorial levels for each. Beginner will walk you through 4X concepts in general, whereas the Advanced tutorial will run you through without as much handholding. Expert assumes you’ve played 4X games before, and you’ve likely played the original Endless Space, giving you a rundown of only what has changed since the first game.

The game can be downright beautiful when viewed up close.

There are a few bugs remaining at launch. Sometimes events will happen and be dismissed before you can read them. After about 75 turns I also experienced a few issues with long waiting periods while the AI completed their moves. What once took a few seconds occasionally took upwards of a minute. I ran into a roadblock where, no matter what I did, I was unable to declare war on another faction. I ended up restarting that mission and didn’t encounter it again. Less impactful (but still noticeable), there are still a few spelling errors (Skill Poin instead of Skill Point, as a small example). These are all things that will undoubtedly be patched out over time, but they mar an otherwise beautiful presentation.

I’d be remiss if I didn’t talk about Heroes. There are heroes to recruit for every faction, and you’ll often end up with a blend of them by the end. They can be assigned to a planet to help with mineral extraction, raising morale, and more, or they can be placed with a fleet. Adding them to a fleet brings their personal craft into the fight, and points spent in their own tech tree can add additional shields, armor, damage, and similar bonuses. The problem is that it never feels like they matter all that much. The point use feels a bit arbitrary, or not impactful enough to matter. Their added firepower helps with battle, but so does an efficient construction engine that can crank out warships.

Endless Space 2 brings 4X to life with a gorgeous presentation and a host of new approaches to a well-established genre. While a few bugs remain, Amplitude has patched the game twice in the last week. By all accounts, Endless Space 2 is easily one of the best examples of the genre.

Ron Burke is the Editor in Chief for Gaming Trend. Currently living in Fort Worth, Texas, Ron is an old-school gamer who enjoys CRPGs, action/adventure, platformers, music games, and has recently gotten into tabletop gaming. Ron is also a fourth degree black belt, with a Master's rank in Matsumura Seito Shōrin-ryū, Moo Duk Kwan Tang Soo Do, Universal Tang Soo Do Alliance, and International Tang Soo Do Federation. He also holds ranks in several other styles in his search to be a well-rounded fighter. Ron has been married to Gaming Trend Editor, Laura Burke, for 21 years. They have three dogs - Pazuzu (Irish Terrier), Atë, and Calliope (both Australian Kelpie/Pit Bull mixes).
Related Articles: Endless Space 2
Share
Tweet
Share
Submit 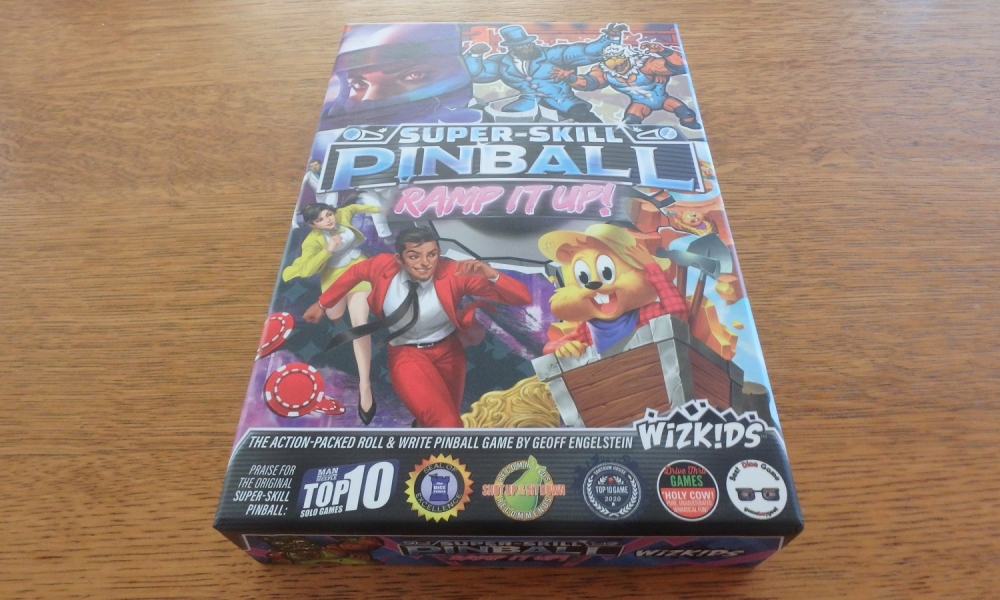 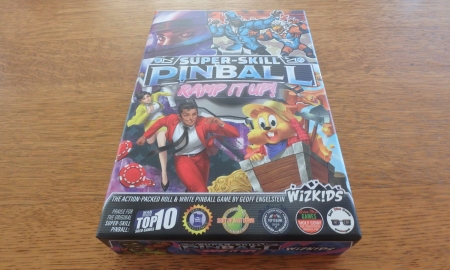 Super Skill Pinball: Ramp it Up Review- The Solo Series

I’ve always found the development of different series within gaming to be extremely interesting. By frontloading a decent amount of mechanical framework... 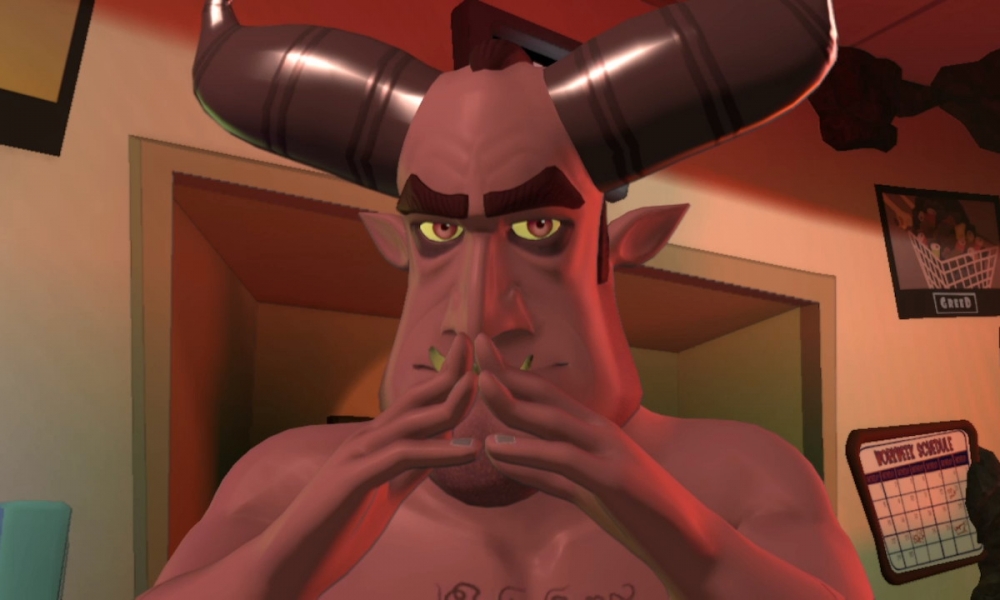 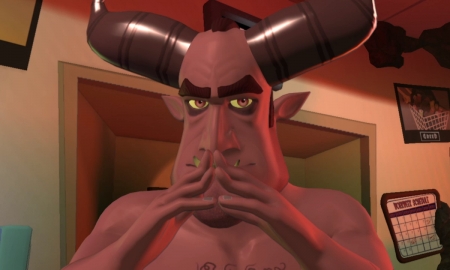