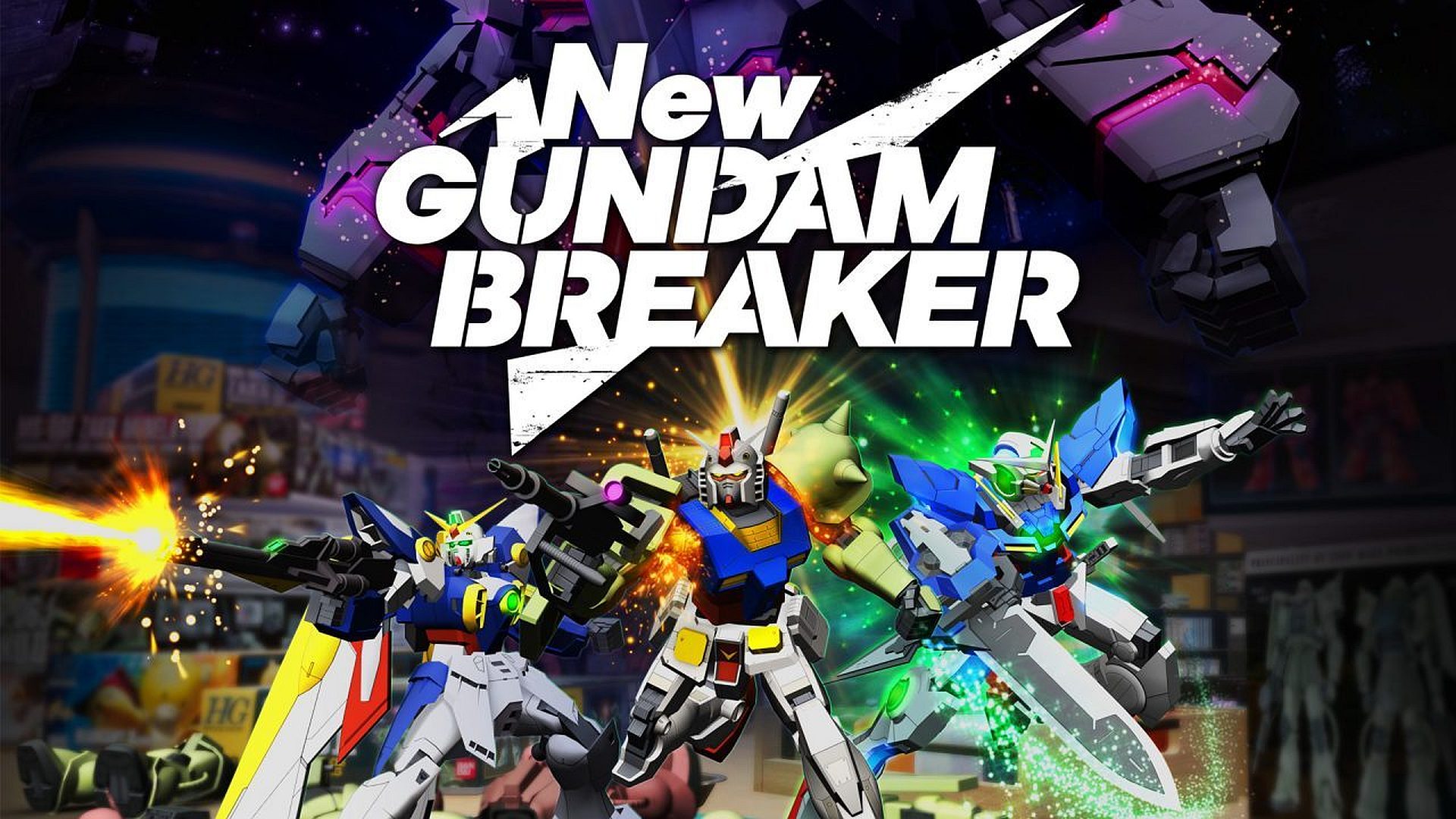 Every Gundam anime is, at least thematically, about the value of human life and the devastation of war. It’s heavy stuff, but it’s given the franchise decades-long respect and success. New Gundam Breaker is about high school students playing with gundam model kits and occasionally flirting. It’s this ridiculous scenario that sets the tone for an unfinished game that embarasses the name of the Gundam franchise.

You play a student at Gunbre High School, dedicated to training kids in the art of…building model kits and fighting with them. It’s sort of like the Gardens in Final Fantasy VIII but with plastic toys instead of weapons and magic. Story mode is divided up into segments of dating sim-esque dialogue scenes where you interact with the majority female population of Gunbre HS, which is weird because you can’t actually choose to play as a girl. Any time you encounter a guy, you know it’s time to face a bully and that’s where the gameplay comes in.

You start with (a toy of) the original Gundam. Bandai Namco.

NGB plays a lot like a pre-alpha version of this year’s Gundam Versus, an actually good Gundam game. You’ll be mashing a lot of Square buttons for melee and R2 buttons for pew pews and that’s about as deep as combat gets. Gone are the complex combos and tactics of Gundam Versus. Sacrificing the competitive, fighting game style of Gundam Versus leaves you with an ugly hack-and-slash game that doesn’t work very well.

The main objective of your missions is to destroy other models and collect their parts to customize your own. You’ll begin with a model of the original RX-78 Gundam, but after a few missions you’ll be able to build some horrible monstrosity like a Zaku body with Hygogg arms and legs. This is where you’ll have the most fun in NBG. Customization is deep and each part comes with its own special ability. Naturally, after finding Shining Gundam’s arms, there’s no reason to switch them out because you’ll have access to Shining Finger. However, navigating the model creator is slow and painful process because of the game’s absurd frame rate drops.

A monstrosity in the making. Bandai Namco.

NGB is so choppy and slow that it would actually be easier to play with real model kits. The frame rate can dip so low that the game will literally come to a halt, even in the menu! There are times when there’s an abundance of models on the screen and the game with freeze in the middle of a blurry camera-pan, leaving you confused, but giving you just enough time to wonder what you should have for lunch today. Bandai Namco seemed to be aware of this because they blocked recording of the entire game using PS4’s share system, something I’ve never seen before. It’s like they really didn’t want anyone to see this broken mess.

It doesn’t help that the game is an ugly mess too. Up close, the models look a little melted, and kind of sad. Remember, you aren’t actually playing as the giant robot mobile suits, you are playing as plastic toy versions of them. You aren’t playing in destructible cities or vast landscapes, you are playing in somebody’s dining room. Controlling tiny version of these mechs kind of defeats the purpose of playing a giant robot game, doesn’t it?

Between fumbling through the menus, mashing your way to a choppy and exceedingly easy victory, and clicking through meandering dialogue scenes that hold no weight, you’ll find yourself too bored to actually collect all the parts you want to make your perfect Gundam. If you’re itching to fight big robots, play Gundam Versus instead. Or, go punch that actual Gundam in Japan (don’t do that).

Pierce loves horror games because they make him forget about how scary real life is. When he's not laughing at his own jokes, he's probably crying because nobody else is laughing at them. He dresses up as Spider-Man for parties and events, and he is still sad about P.T.
Related Articles: New Gundam Breaker
Share
Tweet
Share
Submit