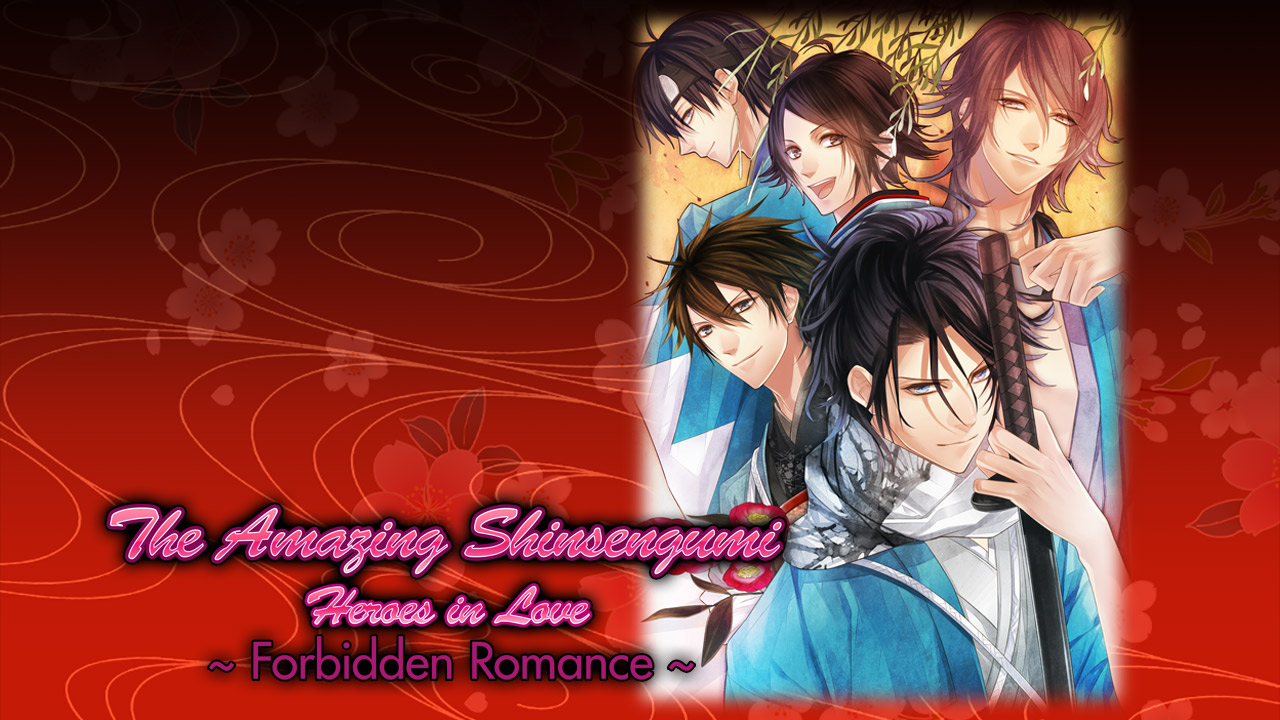 Otomes have been my guilty pleasure for years. They are what kept the hopeless romantic in me entertained, and yes, absolutely and undeniably addicted. They are relatively short, sweet, and simple stories with appealing visuals, and a variety of unique, albeit archetypal characters to choose from.  The Amazing Shinsengumi: Heroes in Love resparked the whimsical romantic in me when I first opened up the game.

The premise revolves around the protagonist (you) having her home burned to the ground. In the midst of the chaos, a group of men bravely fight off the fire, preventing further damage to the city of Kyoto. These men, revealed to be Shinsengumi, offer the protagonist a place to stay. It’s at this point in every otome where the character has a choice of which story to follow, i.e., which man she wants to stay/fall in love with. As I said, the choices are unique but simple: sarcastic and crass but wholly devoted, enigmatic and quiet but compassionate, the paragon of trust with a brotherly disposition, the most innocent of them all, and of course, the flirtatious ladies man.

For those who aren’t familiar, the Shinsengumi were a special police force organized by the bakufu (the military government of Japan) in 1864 until 1869. They’ve been romanticized throughout history and have had many renditions of their story told, including multiple otomes and anime.

The Amazing Shinsengumi takes place in 1864, just 4 years before the Meiji Restoration and the decline of the Tokugawa Shogunate. As it was a very significant time in Japanese history, I was initially excited about playing. It’s difficult to have an otome with only a handful of chapters and a rich story. Unfortunately, this is where this game fell short. The story focuses very little on any historical significance. To be fair, this is a love story, very closely knit within the confines of the Shinsengumi headquarters and a section of Kyoto. That being said, I feel as if some of the banter between the love interest in protagonist could have been given more substance with just a bit more grounding within the setting.

This game’s greatest strength is its art. The characters are drawn beautifully, with unique appearances and color schemes to match their personalities. As with most every otome, there are also full-scale pictures that occasionally appear in a significant part of the story, sometimes as a reward for having made the right choices in one’s romantic endeavor. The Amazing Shinsengumi visually delivers with its images. They’re pretty, they’re romantic, and they kept my attention.  Even the background art was well made.

The Amazing Shinsengumi: Heroes in Love

What it lacked in story, it made up for in visual appeal. The romantic choices were different enough that it felt like a unique story for each choice, but the interaction between lovers seemed a little artificial at times. The art is pretty enough to make me want to continue on just so I can see the gallery pictures.