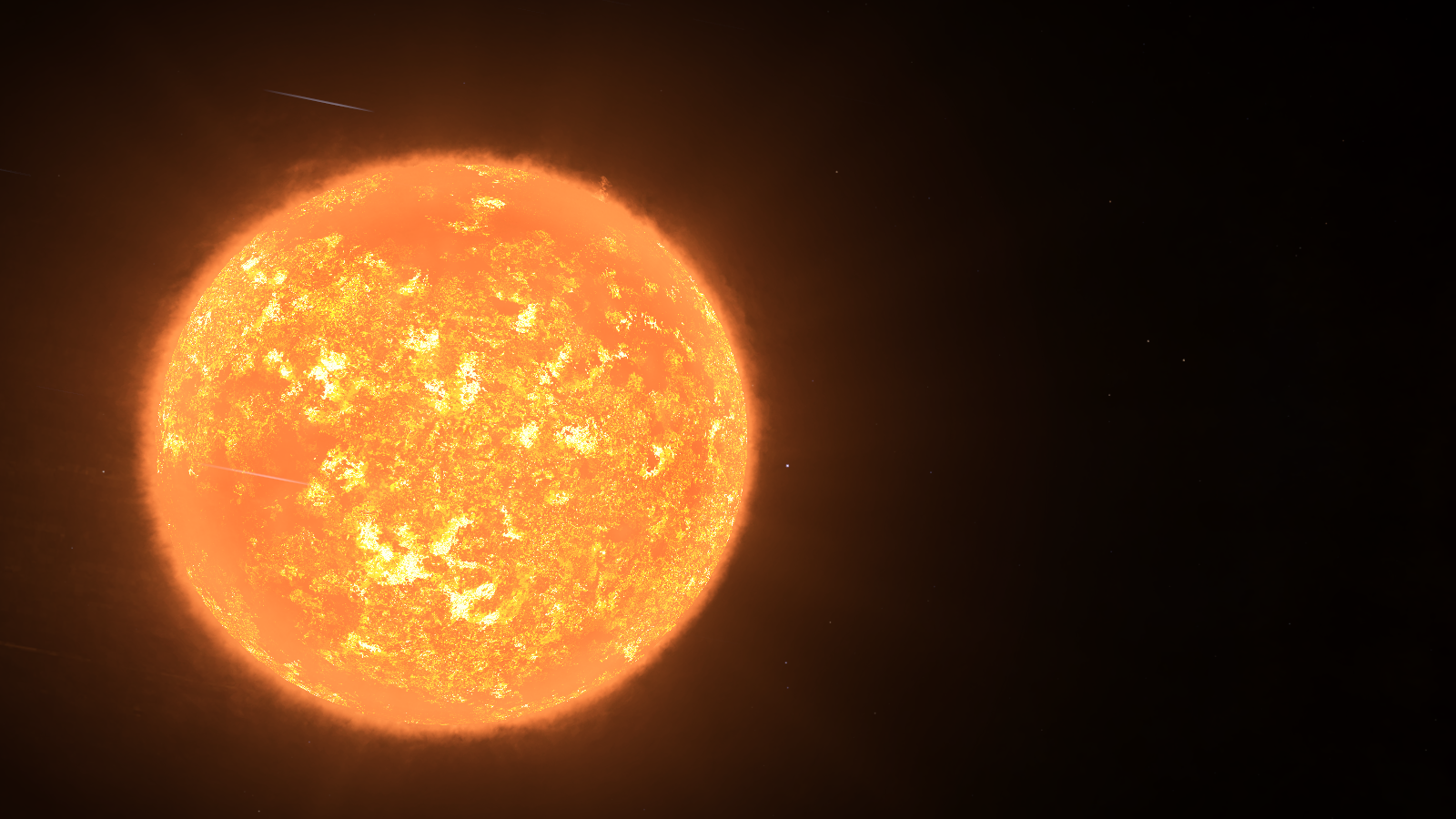 It’s been rough decade or so for space simulation games. There have been a few pretty good ones, but nothing truly great for a while. This was sad, because I remember the great space combat games like X-Wing, the more simulator-oriented games like Orbiter, and even the more open games like Freelancer. People following this genre as year after year publishers and developers avoided it like there wasn’t a demand.

But Kickstarter has changed everything. With the tremendous success of Star Citizen in crowdfunding, it has shown developers that we are interested in spaceflight simulators. Frontier Developments is the first to capitalize on this, after running their own Kickstarter at the same time, with their new game, Elite: Dangerous. The last Elite game was released all the way back in 1995, nearly twenty years ago… so this is less of a follow-up then it is a game all it’s own.

While it’s entirely up to you whether or not Elite: Dangerous is a worthy successor, as I’ve never played the original, it sure is a good game. When you first read over the promotional materials for it, I’d understand if you doubt Frontier’s claims of a 1:1 reproduction of the entire Milky Way Galaxy. But it’s the truth, and over many hours I’ve barely even scratched the surface of this online-only multiplayer game.

The graphics have real high points.

But Elite: Dangerous’s strength isn’t in it’s size, it’s in the bevy of activities it provides. There’s so many different ways to earn your fortune it could take you a really long time just to dabble in them all. Yet even when it comes to the activities you would think are really menial, Elite manages to successfully make them interesting and engaging to perform.

Activities aren’t the only things to choose from either. After earning sufficient money, you can also buy new vessels all with equally detailed cockpits. You can upgrade the vessel’s many different points with technologies for different uses, and then set out to go after your hearts desire. Before you do anything however, you’re going to need to pursue some line of work to earn what you need to buy.

There are many ways to play the game, and it’s all entirely at your discretion. Some ways require you assemble some money first, but that isn’t too hard and it shouldn’t be long before you’re doing whatever you want to. Be warned though, you will probably want to read over some guides, watch some of the handy tutorial videos, play through the training scenarios, and set up your keybindings before you can get into the meat of the game… and if you don’t have one, I recommend picking up a joystick or controller as they are far superior to the mouse and keyboard controls.

The sheer variety of ways to earn money is probably the best thing about this game. You can be a civilized trader, buying low and selling high across the galaxy’s most lucrative trade routes. You can poach on those same traders and become a ruthless pirate. You can eliminate those pirates and claim the bounties piling on their heads.

You can even go bounty hunting!

You can become a miner, strapping a mining laser on your ship, finding the rocks of the highest value, and selling them as you need. You can work for different factions, becoming a soldier of a sort to support them as you choose (and working for the Federation, you can get a permit to visit our own Solar System). You can even pursue my personal favorite profession of exploring, flying to uncharted star systems and scanning their contents to deliver the data.

Whatever way you want to play the game, you can do so. The more difficult professions require some work or credits to get into, but all of them are equally interesting and engaging. I even had fun with the mining, which actually requires quite a bit of interaction on your part to pick up the rocks for you to refine and sell.

The combat is even fun. Though you will definitely want to equip one of the auto-aim weapons as hitting enemies without that is extremely difficult. Especially as you need to try and do as much damage as you can while their shields are down. Balancing the power between your different systems to try and keep you on top is always fun, and you can even best ships that should be able to easily destroy you if you are the better pilot.

I think the thing Elite: Dangerous nails the most is the atmosphere and attention to detail. The pre-flight checklist makes me feel like a real pilot, though you’ll probably want to turn it off fairly quickly as it takes time. The countdown before each hyperspace jump, that tense feeling you get each time you drop out and have to swing away from a star, the detailed cockpit, the liberal sound design… it all comes together to form a very immersive experience.

The detail of the cockpits makes looking around them very immersive.

The soundtrack isn’t that bad either. Though you’ll probably want to turn on your own music fairly quickly as it gets repetitive quite fast. The graphics on the other hand can be stunning. The ship models are fantastic, even if you only really get to see them up close when you’re attaching parts. The stations all look great, and the I can never stop looking at the stars. Some of the far-off nebula even manage to catch my eye.

If I have any complaints about Elite: Dangerous, it’d probably be the online restrictions. There’s a solo mode in the game if you want it, but you still need to be connected if you want to play it. Elite doesn’t really naturally encourage players to interact with each-other outside of the story events, and in my many hours playing the game I didn’t talk to a soul. I’d much rather the online be used in a more constructive manner to encourage player interaction, but that just isn’t there. There isn’t even a chat in hubs/stations that I noticed, and ninety or more percent of the game will make you feel like you’re all alone in the universe.

I also think that with all the materials you gather throughout the game, Frontier missed out on the opportunity to incorporate an interesting crafting system that could give more context to mining then just selling whatever you collect. Contributing materials and even useful goods for players also would’ve been a fun way to encourage interaction with others, because as it is there’s no real reason to talk to anybody unless you want to participate in the continuing story of the game driven by players.

Another would have to be the feeling of sameness that can set in after a while. I’ve jumped a very long way away from the starting systems, and it still seems like I’m seeing the same nebula all the time, the same space station, or the same star. This is a weakness of the scale, as because of the number of star systems each star system feels almost exactly like the last… because of this the game seems to lack any truly interesting locations aside from Sol (our home system) and a few other faction-locked locations.

There is a great deal of repetition in the game as well, which you can either consider meditative and relaxing like I do, or boring… but there are also moments of sheer brilliance that you would never find in a scripted experience. A few experiences I had were worthy of talking about, and the feeling is amplified because that experience is unique to me. Running out of fuel in a faraway star system and suffocating to death, the windshield of my ship being destroyed forcing me to seek repair far away from appropriate facilities, a anxious feeling in my gut as I fly far away from the star in a system to explore. These are all incredibly memorable moments for me.

Elite: Dangerous may not be for everyone, its slow start and need for preparation before playing will be the driving point of this, it doesn’t bring many new ideas to the genre either, but it’s nice to see a genre that’s been seemingly missing for a long time resurge with great games like this. I can’t wait to try more activities, see more sights I have never found, and participate more in the developing story of this enormous galaxy before me.

Elite may not be a masterpiece, but it is a great return to a genre that’s been long irrelevant. It has an inexhaustible bevy of content that can be matched by very few games, and it’s a game I’ll still be exploring in a few years because there are just still so many more things to do and sights to see. Across many hours, I’ve barely scratched the surface.

My name is Niko, I'm currently 20 years old. I spend most of my time on my computer gaming as I got hooked on videos games from a young age. While my first experience with video games was with the Gameboy Color, I first got seriously into games while using the original Dreamcast and the PlayStation 1. I played many games back then, but the highlights were definitely Pitfall 3D, Pokemon Blue, Rayman 2, and Ecco the Dolphin Defender of the Future. All games that I spent many many hours on and filled the long hours where I stayed at home mostly by myself thanks to living in unsavory neighborhoods. From then on, I pursued a lot of video game consoles. I was particularly enthralled with the Super Nintendo and Nintendo 64. As I grew up further, my tastes shifted and I tried more and more games, especially after I got a PC. My first experience with a PC RPG was Star Wars Knights of the Old Republic, and it was really the game that made games an integral part of my life. I played video games a lot back then, but ever since playing KOTOR I've been a lot more opinionated and interested in games. I even entertained the idea of wanting to be a developer at multiple points, but I just didn't have the skillset. Still, KOTOR ignited my interest in video games as a way of telling stories. I loved the ways video games could tell such large and complex stories, combining the best parts of every other medium of entertainment with the unique pieces of what video games themselves offered. Now, my favorite genre is definitely RPG's. With my primary interest being the story driven ones. Though, I still enjoy my occasional shooter and action titles I enjoy mostly great cinematic titles with good stories. Though I also enjoy the Stealth, Strategy, and Action-Adventure genres quite a bit. I also think that the PC is a wildly superior platform to any console, due to the wide variety of options. Whether it be in graphics, mods, or the selection of games themselves.
Related Articles: Elite: Dangerous
Share
Tweet
Share
Submit