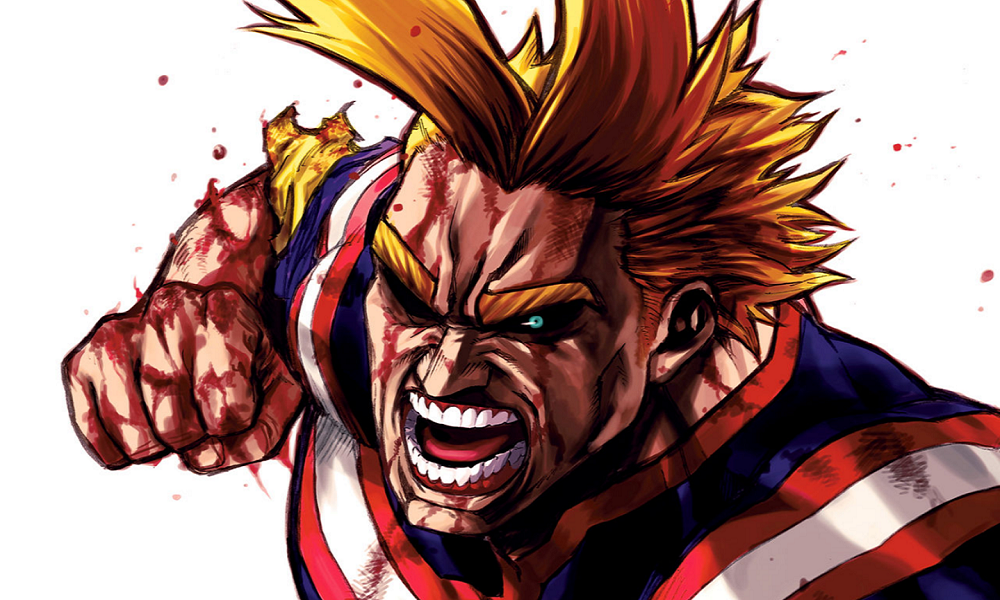 Can you believe we’re getting season three of My Hero Academia this April? In anticipation of the event, Viz Media is accelerating the publishing speed of the next few volumes in North America, with a new volume coming out every other month. This month marks the first of the batch, with a touching, emotional sendoff to a character the series holds dear, and perhaps the ending to the best arc of the series so far. Volume 11 of My Hero Academia, aptly coined “The End of the Beginning, Beginning of the End” creates a loving balance of action, drama, and comedy and is a great read for shonen manga fans.

Coming in directly from the last volume, we observe how Midoriya and his friends aim to rescue Bakugo, which is a testament to his and Kirishima’s, not Midoriya’s, friendship. This chapter is just a prelude to the fight we’ve been waiting for, as we get to finally see the climactic battle of All Might and the mysterious villain known as “All for One”. After dispatching some of the best heroes effortlessly, we get to see him getting the upper hand on the nation’s beacon of hope as the two fight together.

These chapters display some of the best action scenes of the series so far, with the gravity of the situation emphasized through the use of its fluid and distinct art style. You can feel the American-comic inspiration in this fight, and it feels almost euphoric for any comic fan reading this. The motivations for the two characters building up to this moment are enthralling to readers keeping up, and we get to see why All Might is looked at so highly in this universe. Unfortunately, we also get to see the fallout of the battle, which ends in a pyrrhic victory. The theme of this volume leans to the next generation, and acts as a conclusion to the much-awaited showdown we’ve expected.

The story up to this point emphasized how All Might inspired the public with hope and strength; now, it’s Midoriya’s turn to continue his teacher’s legacy. At the same time, this also paves the way for Tomura Shigaraki’s continual involvement with the League of Villains, as he becomes its eventual leader. Where one story ends, another begins. I enjoyed the duality of light and darkness here in regards to Midoriya and Shigaraki; ever since the start of this manga, you grow to see who these two really are and how they model themselves after their mentors. While both of them are developing themselves in terms of archetypal personalities, it’s a great journey that will continue now that their masters are out of focus (for now).

While this volume of My Hero Academia does highlight the battle between the ultimate good and evil forces of the story, it does a great job fleshing out the rest of the cast as well, and in turn contributes to the more dramatic segments. Following the aftermath of the All Might battle, the rest of the characters (and the general public) need to come to terms with a post-All Might future, and as such, need to move into dormitories. While most of the families approve of this action, there is a tense couple of chapters with Midoriya and his mother about why he shouldn’t continue his education at U.A.

It’s an emotional battle in which you can relate to both parties, whether it be the young hero that wants to become the next paragon of hope to the loving mother who wants to protect her son. It’s equal parts heart-wrenching and uplifting, and I felt a bit teary-eyed reading the conclusion. These chapters are both poignant and relatable (you also get to see a few of the cast’s parents, and seeing Bakugo’s parents as a hotheaded mom and a cooler dad is quite hilarious), and emphasize that at the crux of the setting, these people are still just kids. It’s not a slice-of-life manga, but I can still relate to both the parents and the protagonists regarding the dangerous situations they were recently put in.

Finally, the volume closes out with the cast adjusting to their new lives in the U.A. dormitories. We get a couple of chapters of lighthearted fun, though it does feel out of place considering what happened in the chapters before this. In addition, the last two chapters do feel like padding at times (with the characters even mentioning the fact that the manga takes two whole chapters to describe character rooms). It’s a funny interlude, but could have just been compressed into one chapter (even if the 99th one does have an admittedly heartwarming moment with Tsuyu and the other castmates).

One thing that these last chapters do excellently, however, is how it continues to give personality to the cast of over a dozen characters. While most rooms shown are just a panel, they give insight to a character in an exaggerated yet efficient way; Yaoyorozu’s room, for example, is crowded yet elegant (which highlights her rich and humorously humble upbringing). On the other hand, Ojiro’s room ends up being a plain-looking one (a light jab at his uncharacteristically generic personality, even if he’s my favorite minor character in the series). The art style slightly shifts for each room, and it really drives home the fact that each of these characters are remarkably different.

My Hero Academia Volume 11 highlights some of the series’ best chapters and fights so far. With a near perfect blend of action, drama, and comedy, this volume sets the stage for an exciting future of Midoriya and his friends. Plus Ultra!

Elisha Deogracias is an aspiring accountant by day, freelance writer by night. Before writing for Gaming Trend, he had a small gig on the now defunct Examiner. When not being a third wheel with his best friends on dates or yearning for some closure on Pushing Daisies, he's busy catching up on shonen manga and wacky rhythm games. Mains R.O.B. in Smash. Still doesn't know if he's a kid or a squid.
Related Articles: Beyond the Page, My Hero Academia Volume 11
Share
Tweet
Share
Submit