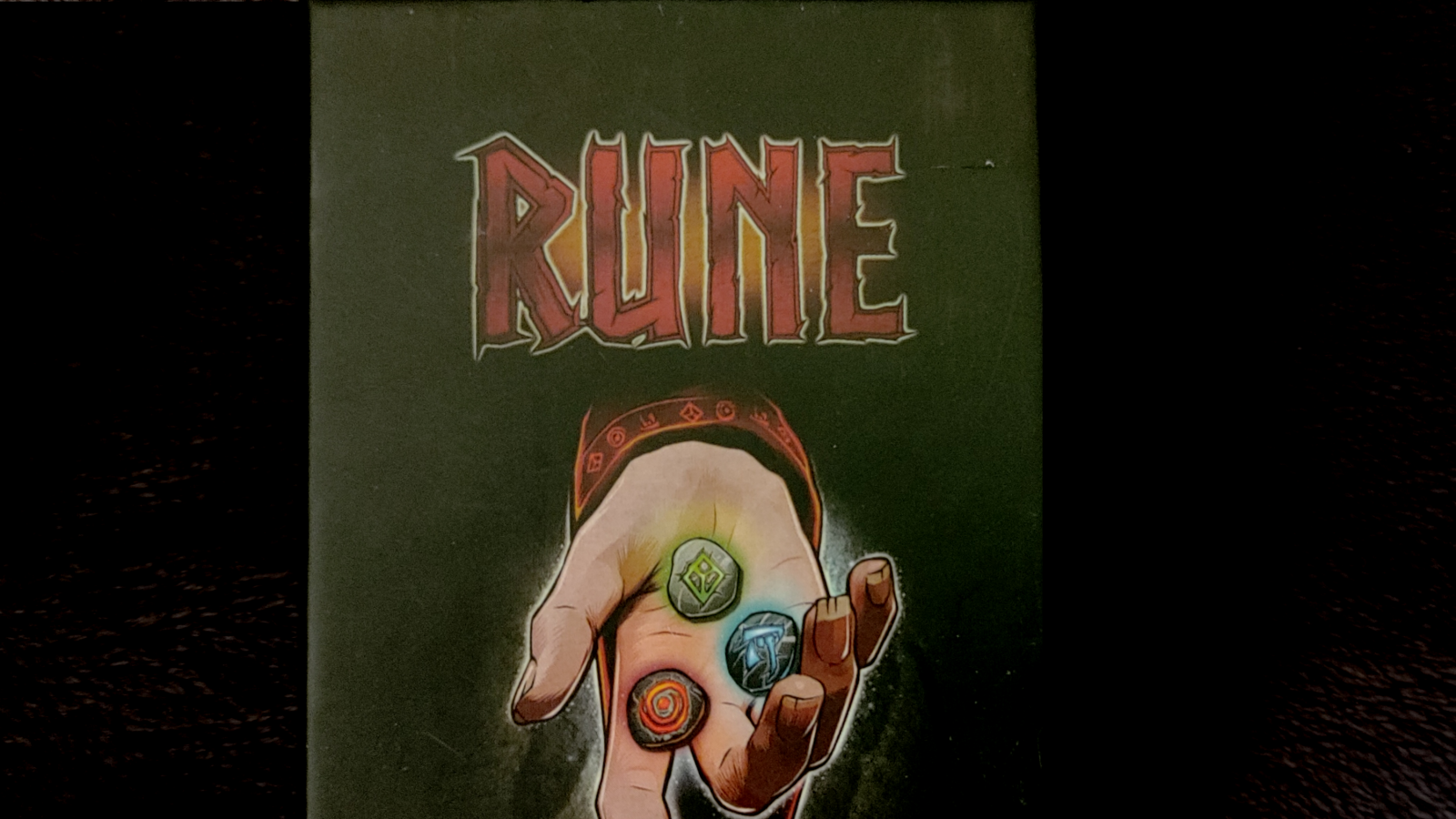 Masters of magic, gather here, claim your runes, and summon forth powers beyond imagination!

Rune, by Zemilio, is a 2-3 player area control card game.  Players take turns placing cards with 6 runes on them, and must place them on the table over existing rune cards following some very strict placement rules: a player can only place a card such that either all runes underneath the card match the runes on top, or all runes on the card you’re putting down match the runes adjacent to it.  After placing down a card, players can either draw a card, or put a meeple down on an area to begin controlling it, gaining them points based on the color of rune controlled.

Players only have 3 cards to start, and have no way to gain more than 3 at a time.  What’s more, each time they place a meeple, they don’t draw a card, resulting in further limited options.  This means that you have to balance getting another card, or claiming a juicy area for points.  Of course, placing a card down can gain additional points if you can increase the area that you already command. Towards the end of the game, players are scratching their heads, looking to put their cards anywhere they can to either increase their points, or block off an opponent’s expansion. 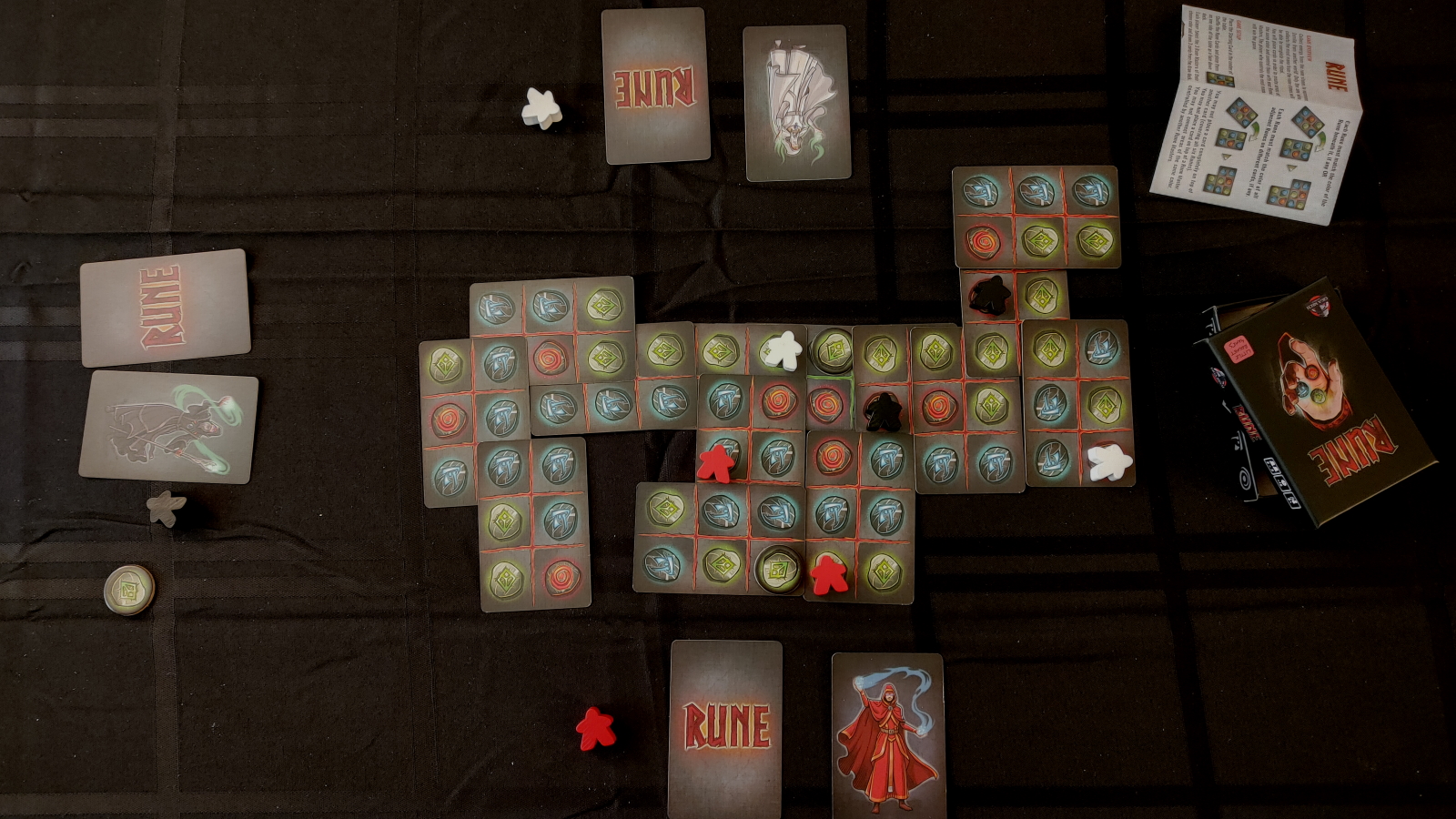 The clever ruleset forces players to always expand the board, which means that players really need to be careful about what they put where.  Despite the possible analysis paralysis, the fact that there are only 14 player cards available means that the total possible choices are still rather limited in the long run.

While I enjoy the smooth and quick pace this game offers, I do wish it came with enough components for 4 player games instead of 3, since 3 player games are rare enough that any group that meets up on the regular is probably larger.  However, I like the game enough that I’ll take it along with me to almost any board game meet-up, and the fact that it’s small enough to fit in a pocket means I always have something quick and fun to fill the time between bigger games.

A tiny box that contains one heck of a puzzle, Rune is a very quick, 15 minute game that nonetheless will tease the players' brains. Its tiny size means you can always have a cool card game on hand.