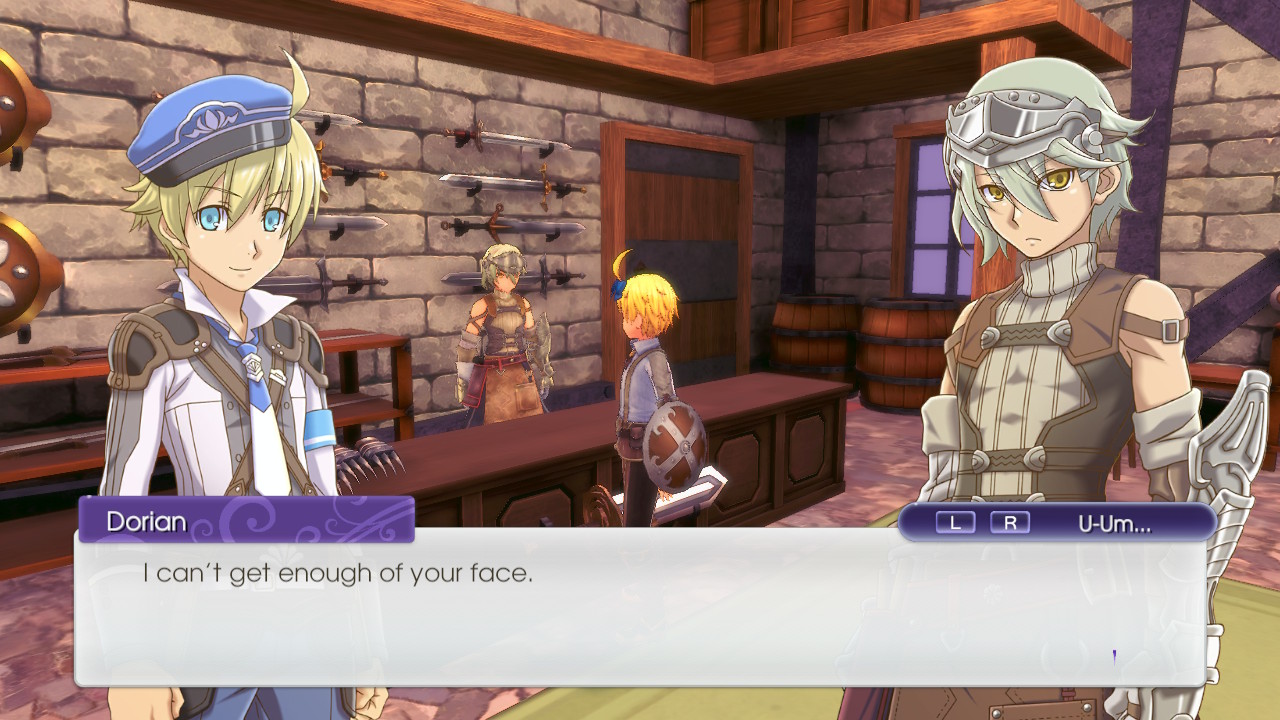 Turning on Rune Factory 5 for the first time is a genuine treat. You’re greeted with a beautiful animated opening sequence punctuated by bright colors and a catchy tune. It’s delightful, it pulls you, and unfortunately, it’s by far the best part of the first several hours of gameplay. Diving into the story, Rune Factory 5’s beginning should be very familiar to anyone who’s played any of the series before. After performing an act of heroism, the protagonist is cautiously welcomed into the small town of Rigbarth and the peacekeeping organization known as SEED. You can choose if you want to adventure as a male or female character and pick your character’s name, though that’s about where character customization ends.

You can unlock additional outfits to change the look of your character’s in-game model, but they are locked to the gender binary–male avatars cannot wear the female avatars outfits, and you cannot escape the color palettes of blue for male avatars and pink for female avatars. There’s no customization around faces, voices, hair colors or styles, etc. As a side note and a personal complaint, there is also no way to turn off the strange and distracting way that female avatars run while carrying a one-handed weapon. They sprint forward with one arm out to the side and flapping in the wind. It’s supposed to be cute, but it’s actually incredibly unnatural and distracting.

Your character is put in charge of farming a small, run-down patch of land, given a sword, and then sent off to defend the world against dangerous monsters. But first you have to introduce yourself to everyone in the town. The cast of characters in Rune Factory 5, like the games before it, are overwhelmingly light-skinned. Putting a lack of diversity aside, their personalities are generally pretty great once you get a little ways into the game. I was honestly less than impressed with the villagers early on, but after a few dozen hours I found that I’d warmed up to most everyone in town. 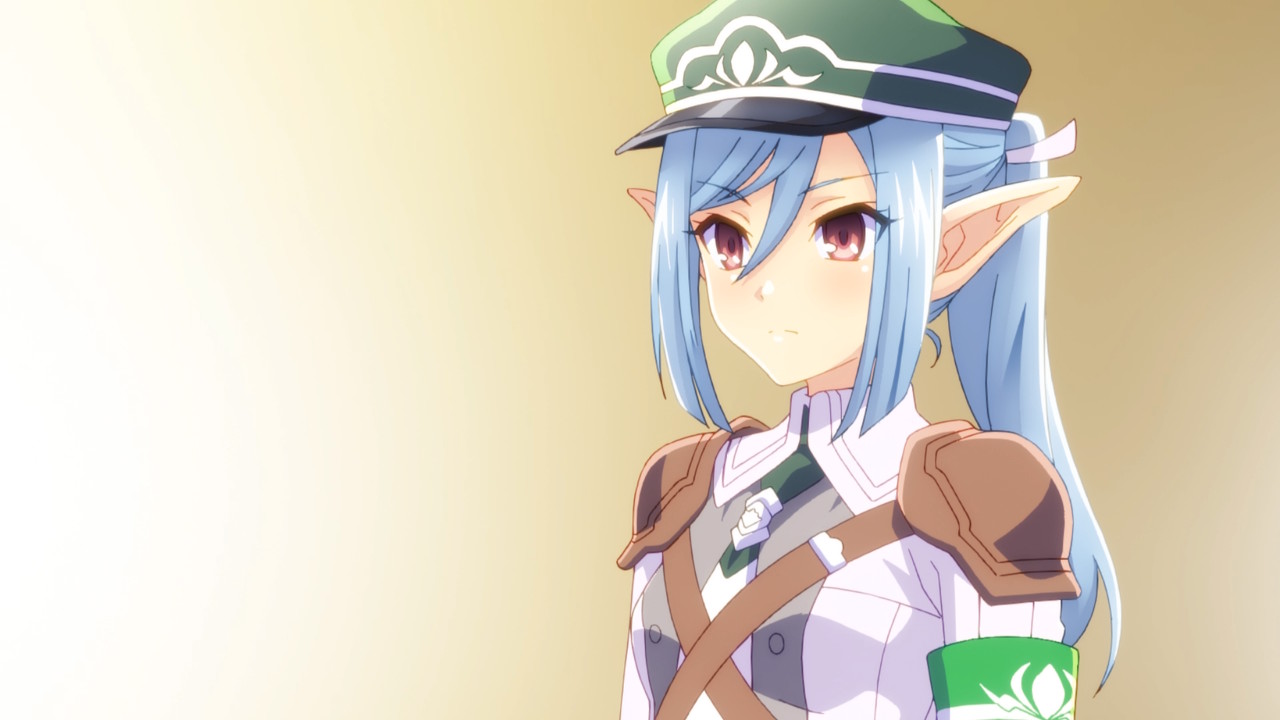 You can pursue any romanceable character from the start of the game, regardless of the gender of your avatar, which is a first for the Rune Factory game. Each romanceable character has their animated cutscene, and while these are quite short, they’re beautifully animated and a treat to watch. The cast of characters grows steadily in the early parts of the game, and you are actually able to influence the professions and locations of some of the townsfolk. They’re small changes, and while they don’t actually have large impacts on the game itself, it’s still a nice little feature and does help you feel like you’re impacting the town, not just sleeping in a borrowed bed.

All that said, once you get past the intro video, Rune Factory 5 starts with its worst foot forward. It’s clear what the team was going for with the scenes in the tutorial part of the game, but their chosen method, attempting to show characters interacting in very physical ways without custom or situational animations, and instead employing cuts which encourage/require the player to use their imagination about what just happened isn’t quite up to snuff. The end result feels dated at best and clunky and disjointed if you’re anything less than charitable. Fortunately, things do become a little less choppy as you progress through the game, so it is worth pushing through the tutorial. 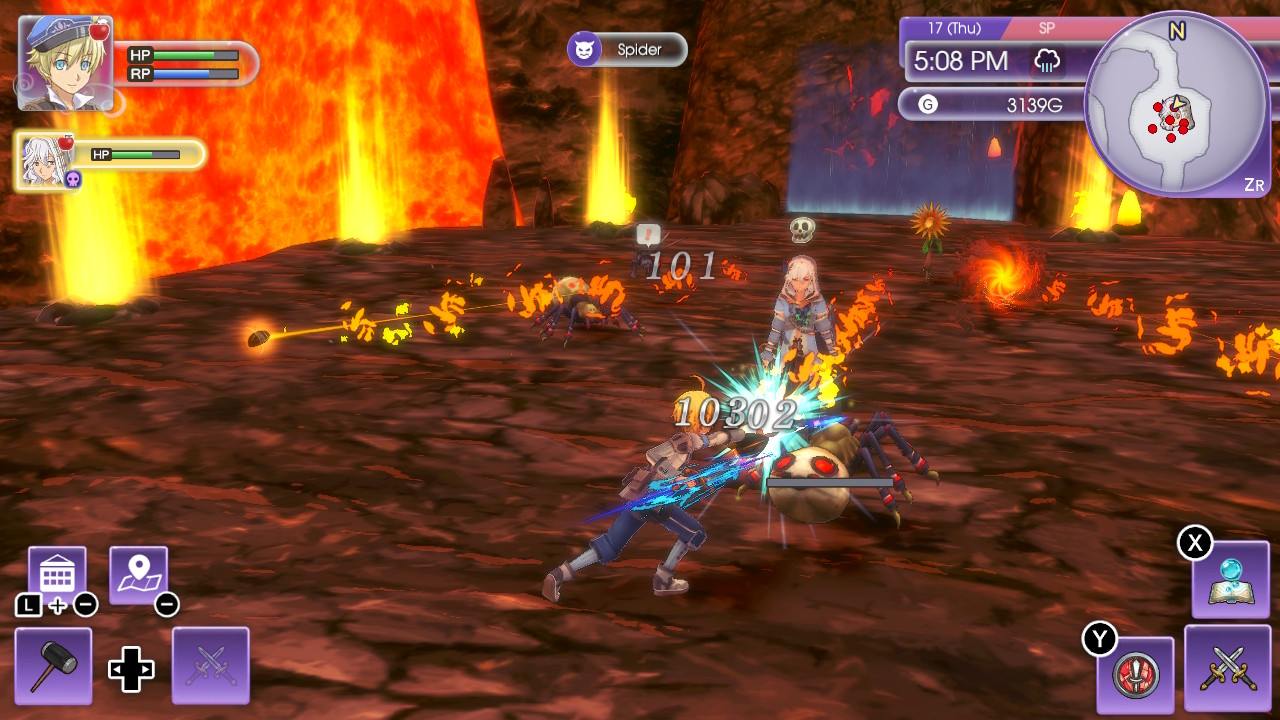 The gameplay itself is pretty much exactly what you’d expect from a Rune Factory title. Farming is more forgiving than in Story of Seasons, tamed monsters drop animal products and help with chores around the farm, villagers become very friendly with you if you feed them a steady supply of home cooked meals, crafting is unlocked by eating an ungodly amount of Recipe Bread, and cutscenes and special events are completely ridiculous with that unique Rune Factory charm that keeps us coming back for more. The game has three difficulty modes, though none of them are overly difficult, and while the map is quite large and a little empty, the ability to teleport to several strategic locations makes crossing it far less of a slog.

I’ve always found the controls in Rune Factory games to be a little loose, and that continues with this installment. I especially felt this when farming and placing crafting tables. Farming sometimes feels like it received a half realized quality of life upgrade, as sometimes my character would surge forward to the next square whenever they had a hoe or watering can equipped, but other times they would simply not, and re-till or re-water the square they were standing on. The game also features what feels like an unnecessarily large number of crafting tables, all of which you’ll need to purchase and place. There doesn’t seem to be a designated or ideal place for where these should live and, even worse, there is no way to snap them onto a grid. This means that I ended up filling the front lawn of the SEED building with jumbled rows of slightly crooked workbenches, cooking utensils, storage bins, and wardrobes. I’m all for customization, but I found myself wondering why I need four cooking tables, where I’m even supposed to place all these cooking stations, and how I can possibly do so in a way that doesn’t look haphazard? 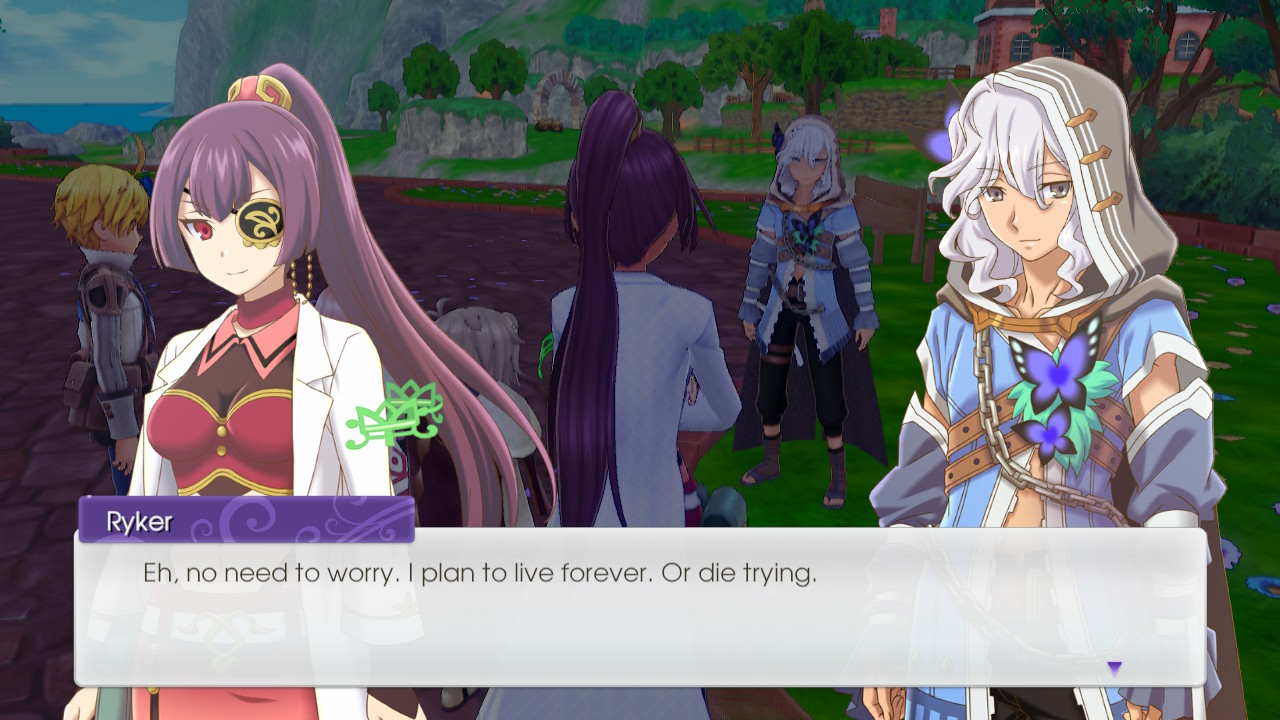 The English version has no shortage of amazing voice actors, most of which are well utilized. Rune Factory 5 is partially voiced; it features voiced dialogue for many of the main or important scenes, while minor scenes have generic voice lines which match the mood or tone of the written dialogue laid over top. I have no complaints about this method, it’s one of the only affordable ways to add voice acting to a game which features this much dialogue, and for the NPCs, it strikes the perfect balance. The same cannot be said for the protagonists, who have shockingly few scripted lines. I know how tight localization schedules can be, but even so I can’t help but want more from talented voice actors like Allegra Clark and Robbie Daymond, and I really would have preferred to hear them give emotion to some of their more dramatic moments of the game over yet another exclamation of “Watering time!”

I realize this article likely reads as being pretty negative on the game, and that’s not really the case. Rune Factory 5 is a solid entry to the series, it’s enjoyable, casual, and delivers everything you expect well enough, but I can’t help but feel like the series is growing a little stale. I want something more from it, even if it’s just a little more polish to allow me to really get lost in the setting and characters. If you like the formula of the Rune Factory games then you’re going to love this one, but you’re not going to find anything new or invigorating here, and as much as I do enjoy this series, I can’t help but find that just a little disappointing.

Rune Factory 5 delivers everything you would expect from a Rune Factory game, though it does so without adding anything new. It moves from a rather rough start into an enjoyable experience which combines quirky characters, a story wrapped in a bit of mystery, farming, fighting and taming monsters, crafting, and consuming unhealthy amounts of Recipe Bread. Fans of the series will enjoy their time in Rigbarth, though the series and its formula are starting to show their age.