Rune Factory 5 first released on Nintendo Switch just a few months ago, but it’s already made its way to PCs. Our very own Earthmate, Kay Purcell, reviewed the game in March, calling it a good enough entry to the series that lacked both polish and new additions. I wholeheartedly agree with that opinion, but my biggest sticking point was actually performance. In short, the game ran like a dumpster fire both portably and docked, with a framerate usually in the low teens. On PC, however, that’s not an issue with my rig easily reaching 170 frames per second most of the time. While issues with the game itself still remain, this is far and away the better version and possibly worth double dipping if you couldn’t handle the jank on Switch.

For newcomers to the series, Rune Factory 5 is a farming/social sim like Story of Seasons but with action RPG combat and dungeons added on top. You can tend to your crops on your farm, talk to villagers and give them gifts, then head into a dungeon to fight a giant blue fox who will turn into another villager upon defeat. It’s standard fare for the series so far, but this time it’s a numbered entry in full 3D instead of top down. All the while, you increase your skill for just about everything from dual blades to sleeping, level up to advance the story, and get married to one of the eligible bachelors or bachelorettes no matter your gender for the first time in the series. (Same-sex couples were not present in the original Japanese release, but were introduced as a patch and included in the base English version.) It’s a very fun gameplay loop on its own, but I will say it has been more engaging in past entries, specifically Rune Factory 2 and 4, as the dungeons and characters just aren’t that unique or interesting here. 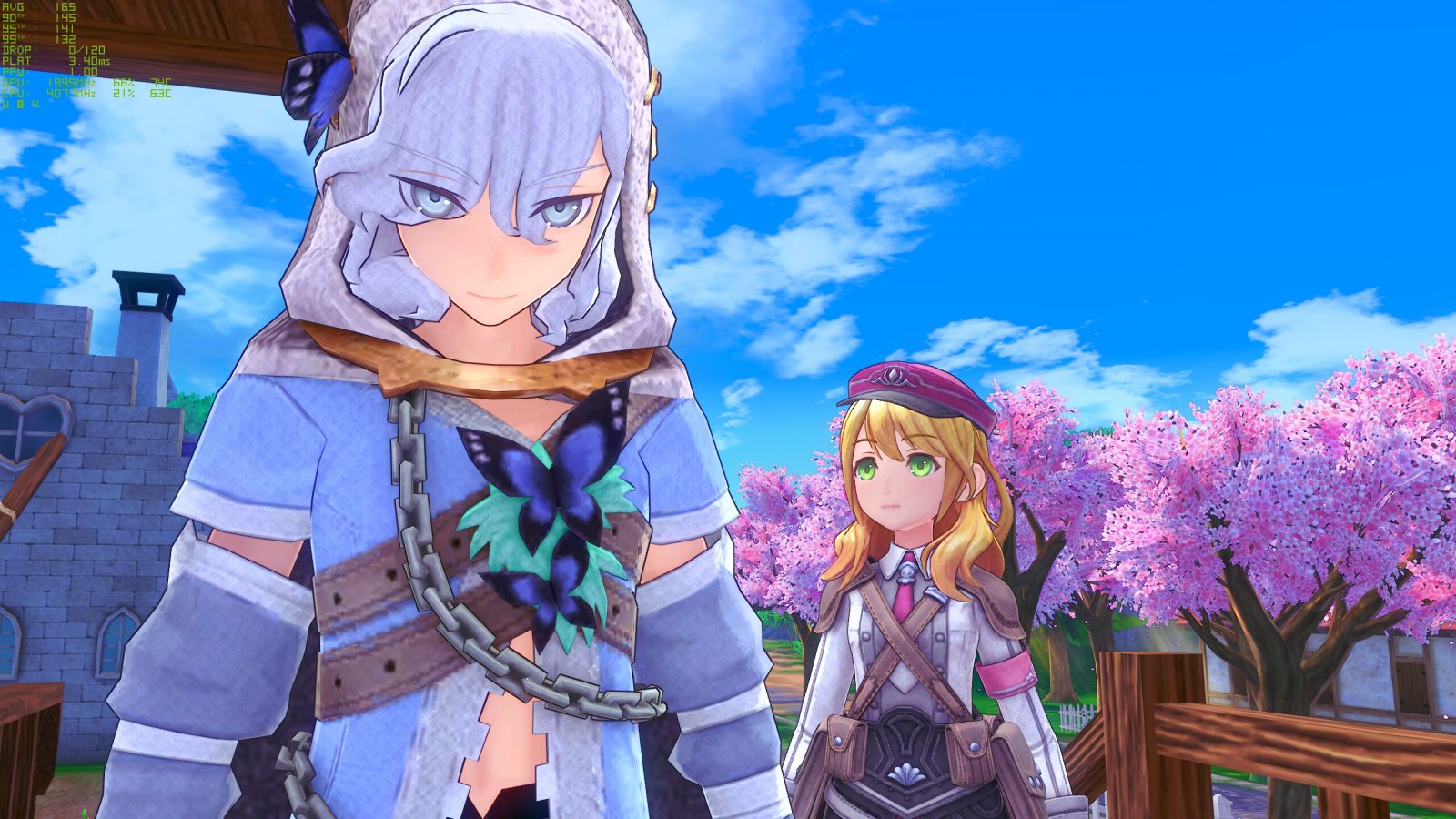 Upon starting the game on Steam, you’ll be greeted by a charming launcher accompanied by chibi versions of the male and female player characters. Here, you can adjust options such as the obvious resolution, window mode, frame rate, and VSync. I was able to go up to 1440p, though I imagine you’ll be able to go even higher if your monitor supports it. It would have been nice to have all resolution options available no matter your monitor, but this is becoming pretty standard at this point. As for framerate options, you can set caps of 30, 60, 120, or go unlimited with no cap – a decent suite of caps for all kinds of users.

Going into graphics settings, you have Anti-Aliasing up to 8x, Texture Resolution from Standard to 1/4th resolution (a shame you can’t go higher than standard), Shadow Resolution from Low to Max, Shadow Quality from Hard to Smooth or turning them off entirely, and finally Shadow and Draw Distance from Short to Long. You can also toggle Post Processing Effects and Dynamic Hair/Clothing. Each of these options come with a handy explanation as well as picture examples on the right hand side to tell you exactly what they do and how they affect the GPU or CPU. It’s a bit disappointing you can’t change these settings once you’re in game, but this is a huge step up from Rune Factory 4’s PC options and even most PC ports nowadays. The final things you can do in the launcher are change button prompts from gamepad to Keyboard and Mouse, rebind keyboard controls, and change the text and voice languages.

Once you’re in the game itself, the difference between this and the Switch version is night and day. Obviously it’s going to look and run better, but this is to the extent that it feels like I’m playing a slightly remastered version, or perhaps more accurately emulating the game with some hacks. As I mentioned earlier, the texture quality still isn’t great here, especially on character models. They look very rough and pixelated, and the hatching filter on characters to give them manga-like shading doesn’t help things. Just as I complained in Rune Factory 4 as well, the HUD can’t be scaled and takes up too much screen space for my taste in addition to looking like you took a low resolution image in photoshop and just made it bigger. The D-Pad icon in the bottom left looks especially bad.

On the upside, the game fully supports mouse and keyboard as well as gamepads interchangeably. Sadly you can’t rebind the gamepad, so going to this from Switch will confuse you as confirm and cancel are swapped. Regardless, you can thankfully use a mouse cursor in menus to navigate. It can be a bit clunky, since mouse hovering does nothing and certain menus like the pocket still need the keyboard to navigate, but it’s good to have. 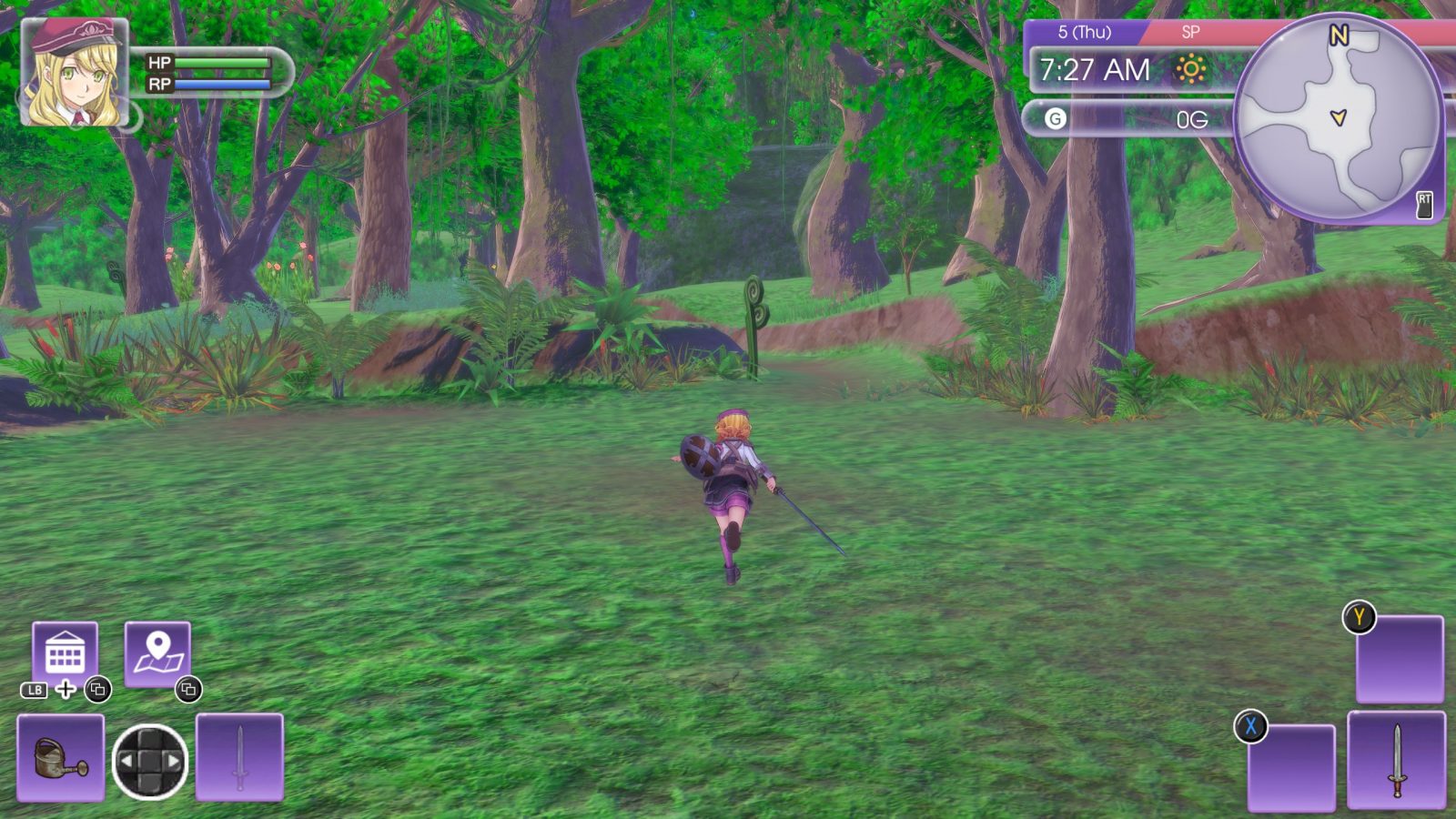 Now we come to the biggest change: performance. Even with maxed out settings, my computer was able to easily reach 170 fps a majority of the time, which is more than enough for most people. However, I noticed it would still dip frequently in interiors, so I think the game still hasn’t been properly optimized. Still, I’d rather deal with occasional dips down to 150 than the constant 12 of the Switch version.

While it still has many issues, Rune Factory 5 on PC is leagues better than its console counterpart. There are a decent amount of graphics options and full keyboard and mouse support so you can farm, fight, and fall for characters at a far more stable frame rate.

David is the kind of person to wear his heart on his sleeve. He can find positives in anything, like this is a person who loved Star Fox Zero to death. You’ll see him playing all kinds of games: AAAs, Indies, game jam games, games of all genres, and writing about them! Here. On this website. When not writing or playing games, you can find David making music, games, or enjoying a good book. David’s favorite games include NieR: Automata, Mother 3, and Gravity Rush.
Related Articles: Rune Factory 5
Share
Tweet
Share
Submit