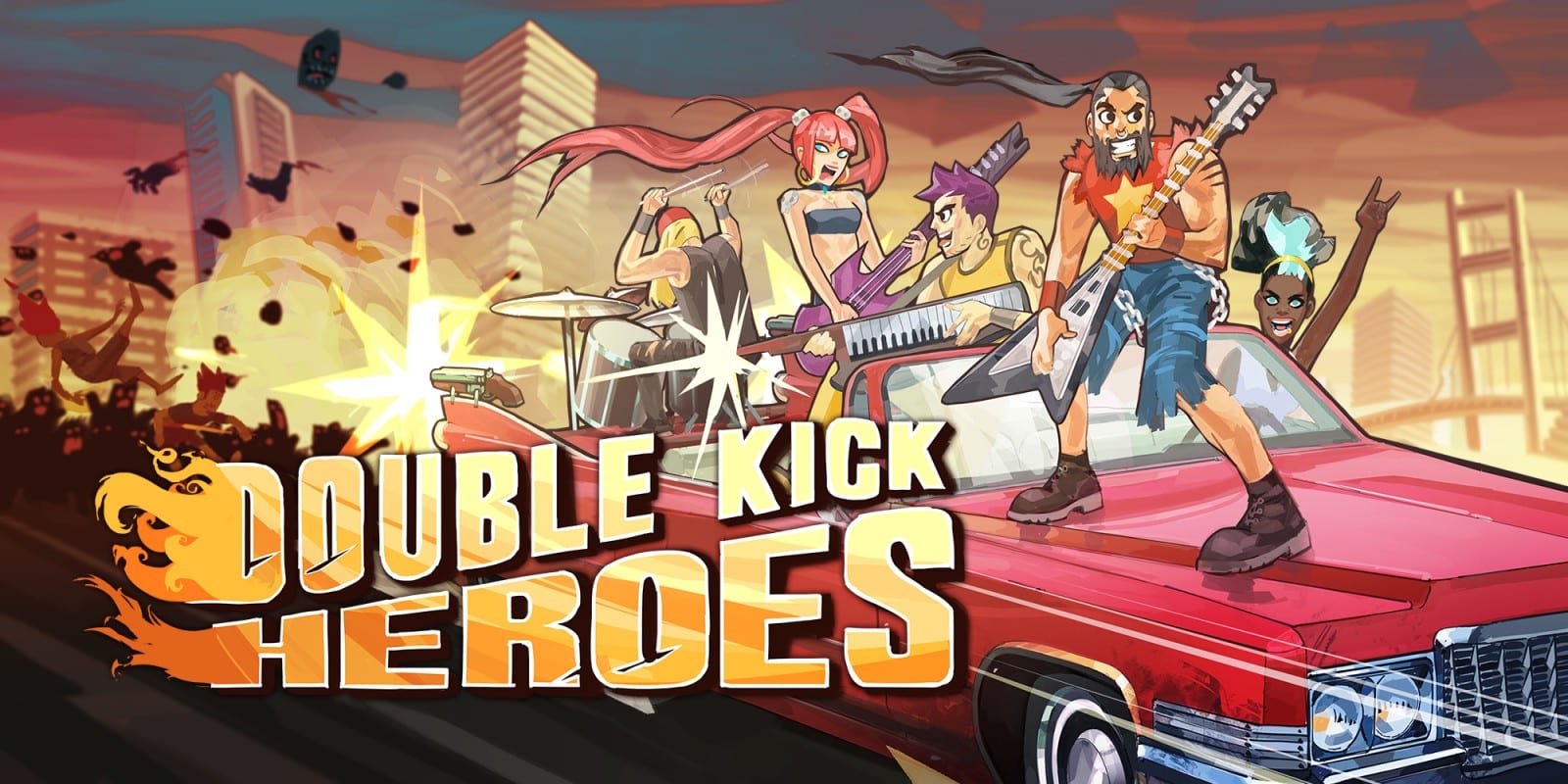 From developer Headbang Club comes Double Kick Heroes, another rhythm-based game this year that’s quite different from your usual rhythm games. That is, it is a rhythm-based zombie shooter. Double Kick Heroes follows a literal band of rogues fresh off an apocalypse surviving only through the power of rock (because, of course.) It presents quite an interesting premise, but without spoiling too much, it introduces it in an unfortunately rushed and basic way.

The characters are a bunch of zany young adult musicians with a lot of personality (like most musicians.) As such, watching their interactions is usually quite entertaining and humorous. When not engaging in banter, the group tries to survive by moving across town with their trusty weaponized muscle car Sheila. The story mode sees the group hopping from one town to another, trying to find resources and shelter while fighting zombies and meeting other rock legends and renegades along the way. 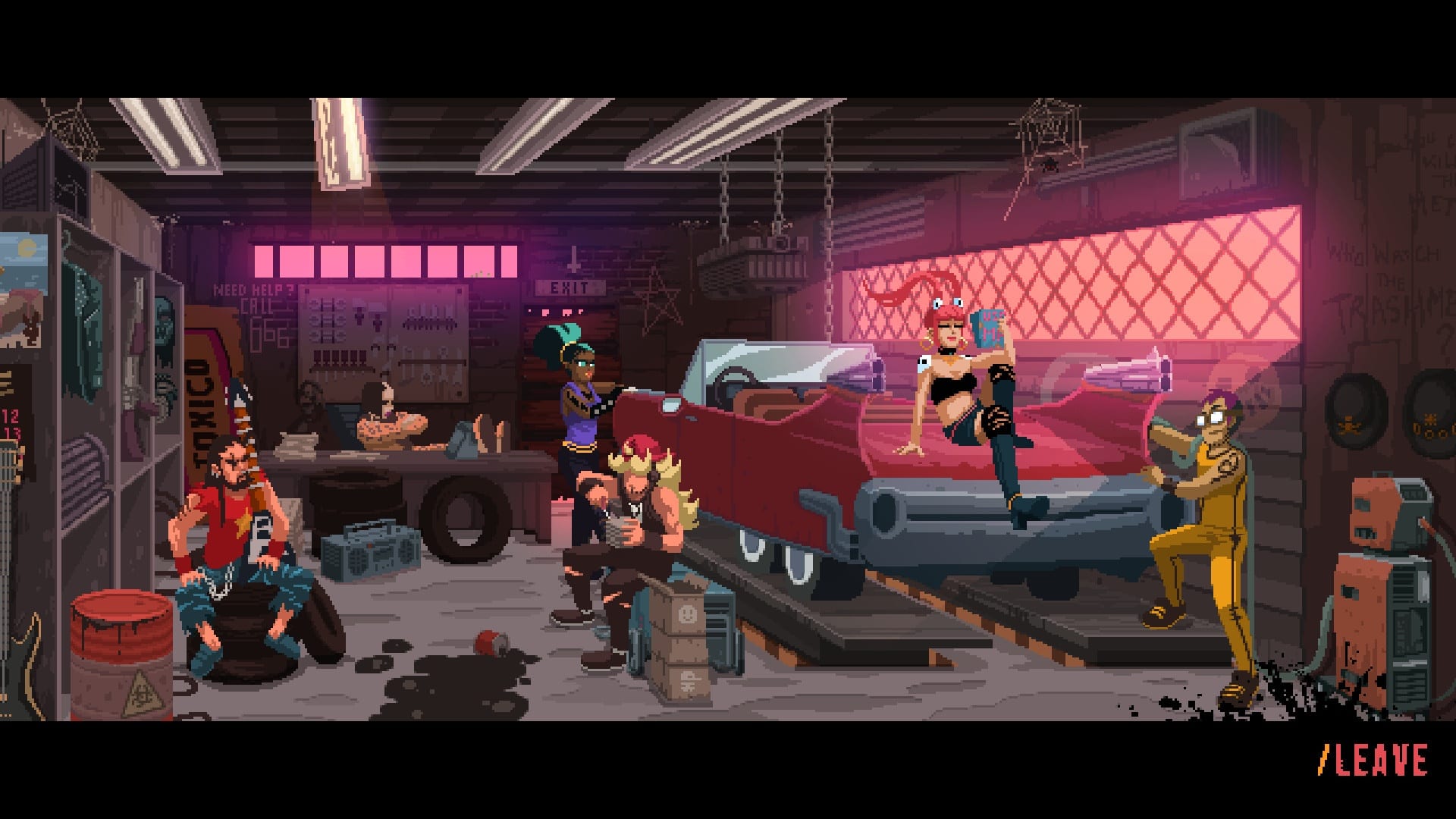 When not paying attention to the story, players will also notice Double Kick Heroes’ unique 2D animation and character sprites along with its heavy metal aesthetic that matches the game’s tone quite well. In gameplay, players start out with a simple pistol attached to the vehicle with only two buttons to use—one to shoot above the car and the other to shoot below. Depending on the location of the zombies, you’ll usually have to alternate frequently between the two buttons while also keeping your attention on the bottom of the screen to hit the right notes. The more notes you hit, the more bonuses you’ll unlock, and more weapons will be added during the streak, miss too many notes, and your streak will be broken at the same time.

As a rhythm game, the music is obviously quite important. The first few songs in Double Kick Heroes starts understandably slow but kicks up the tempo as you progress throughout the game. My only problem with this is how much the earlier songs felt dull and uninspired for a rock rhythm game. Luckily things pick up around the third level or so, and the music drastically increases in quality. 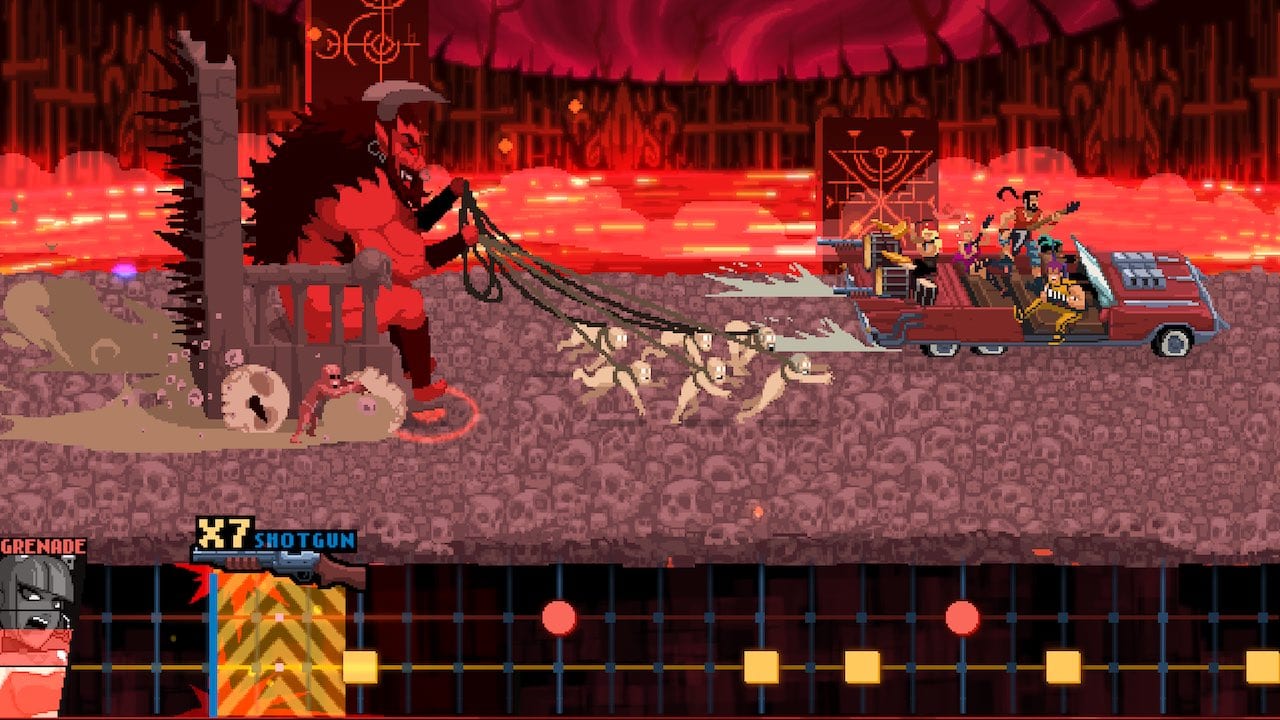 After a while, you’ll find yourself blasting away at zombies and head bopping to some heavy metal and Grindcore. One thing I didn’t enjoy about the game, however, is the need to always look down at the screen to hit the notes, which makes it a bit hard to keep track of evading and shooting the zombies lest you risk losing your streak.

The game also has a surprising amount of modes to play, namely the standard story mode, the Arcade mode which is basically playing the game but without the story, Fury Road which is an endless zombie blasting mode, and my personal favorite, Hellgate mode which consists of a variety of guest songs and stylized levels to match. What I found especially appealing about this mode is the excellent variety of songs it provides, of which I found to be better than the other songs in the game. Double Kick Heroes also has five distinct difficulty levels players can choose from each more daunting than the last. Some of these difficulty modes throw away the game’s balance, however, as it becomes unnaturally challenging to maintain the rhythm or even hit notes consecutively 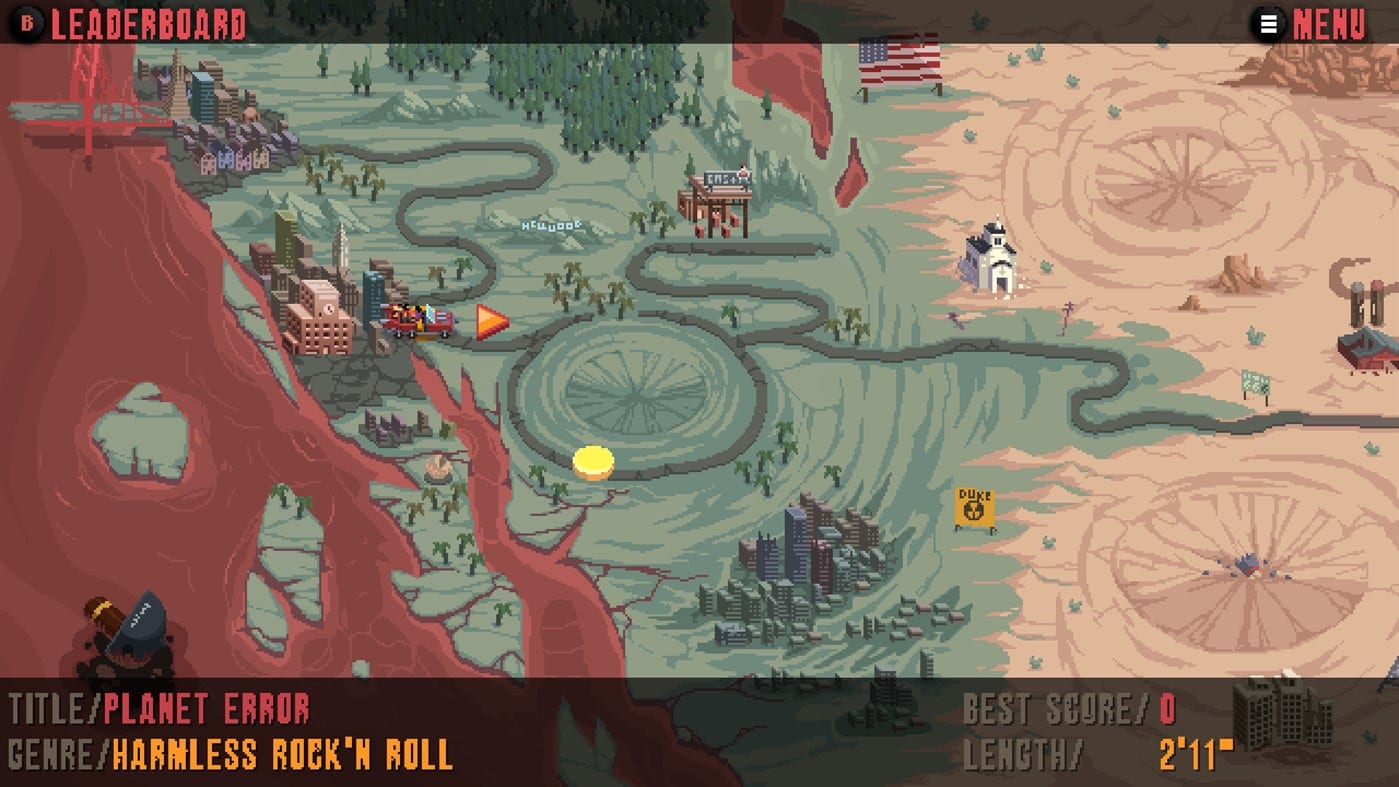 Overall, I enjoyed my time with Double Kick Heroes. It is, by far, one of the more unique rhythm games I’ve played this year with an interesting premise and no technical issues whatsoever on Xbox One. Most of the songs are highly enjoyable and a good way to find a new band you never thought you’d enjoy. This is a game I can confidently recommend to rhythm game fans looking for or in need of something on the extreme side.

Double Kick Heroes is, by far, one of the most unique rhythm games I've played. While some of the early songs are dull and the difficulty modes need adjusting, I can still confidently recommend this to hardcore rhythm game fans.

Abdul Saad is an avid gamer and computer geek. He's been writing for four years on news, reviews, previews, and more on multiple gaming sites. When he isn't writing or playing the latest JRPG, he can be found coding games of his own or tinkering with something electrical.
Related Articles: Double Kick Heroes, Indies
Share
Tweet
Share
Submit