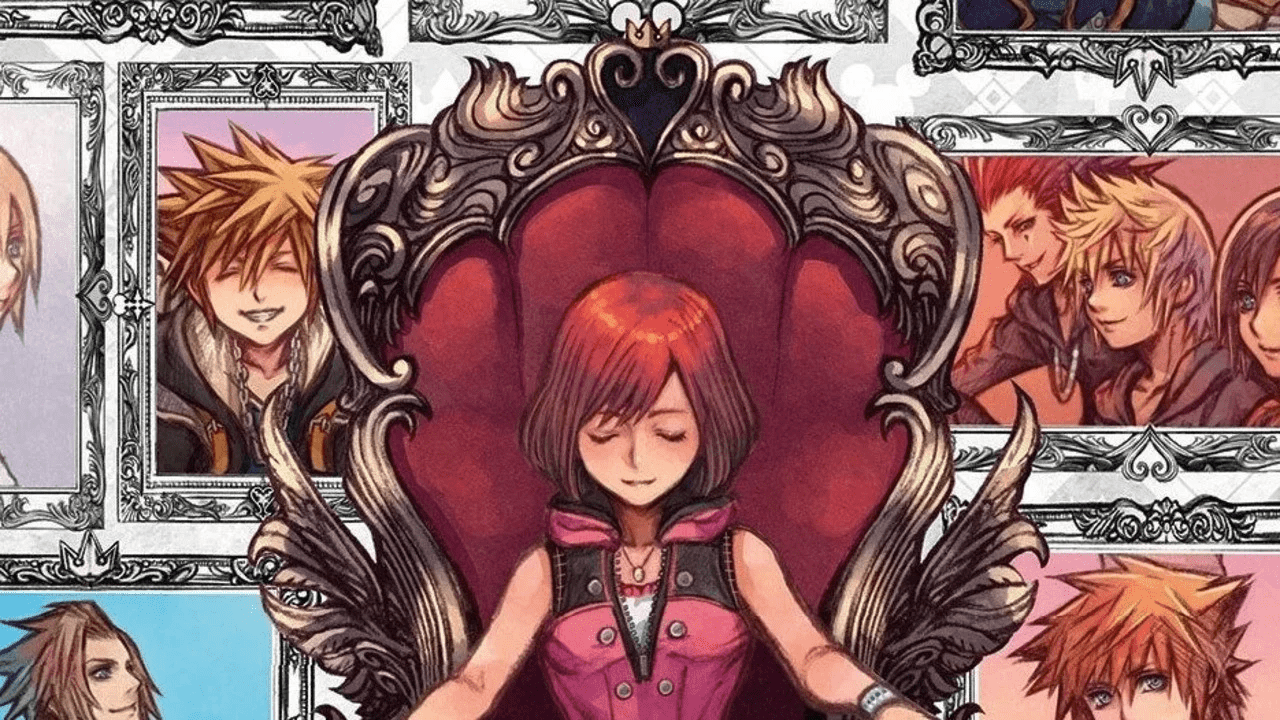 If gamers can agree on one thing, it’s that the Kingdom Hearts games soundtracks are phenomenal. Composed by the legendary Yoko Shimomura, the various tracks bring a hefty amount of emotion to every scene, regardless of the inherent silliness of Cloud Strife hanging out with Hades. It’s honestly surprising that the series hasn’t had a rhythm game spinoff yet, but Square Enix is seeking to fix that with Melody of Memory. The game follows franchise heroine Kairi as she searches her memories for clues to the whereabouts of Sora after the events of Kingdom Hearts III. She recalls the events of each game as a series of musical battles, culminating in a short recap she narrates.

MoM has three types of stages: Field Battles, Memory Dives, and Boss Battles. Field battles are the most common type, with the team of your choice running along a musical score as you press buttons to defeat enemies in your path. The controls are fairly simplistic, A, ZR, and ZL all attack with any character and pressing two to three of them at the same time is required to attack certain groups of foes. Your lead character can also press B to jump, hold it to glide, and press X to perform special moves and take out larger or out of reach baddies with reaction commands. Memory Dives and Boss Battles are very similar, though with a camera change and the addition of needing to move the sticks in certain directions. Memory Dives have you gliding over a pre-rendered video of cutscenes from previous titles, while Boss Battles actually have your team taking on a boss like Ansem of Maleficent, with every successful beat resulting in a dodge or attack. While all three play basically the same, the slight change in context keeps things from getting too repetitive over the story mode’s lengthy 7 hour run time for a rhythm game, and even that wasn’t counting the Dream Drop Distance worlds. There’s a ton of content in this game; each world usually has two songs, one being the normal exploration track and the other the battle theme, and basically every world from every game is featured here (minus Tarzan and Winnie the Pooh).

If you’re a KH fanatic like me, you’re probably expecting some important story here to connect III and whatever comes next for the series, but you may be disappointed. While I’m sure what happens in Melody of Memory will matter at some point in the future, the only story content is in the final level. Even then, it’s only a slight expansion on what happened in the Re Mind DLC. This final stage is also the only section of the game where you can play as Kairi herself; none of the selectable teams have her as a member, and even then you spend most of it playing as Sora. I really wish they would give her some agency, she’s grown a little bit of a personality (finally) in the last few games and her single fight in Re Mind was amazing, but aside from the ending the story is just a recap of each game with the PS2 era art style. When it does eventually switch to the art style from III, it doesn’t run particularly well on Switch with quite a bit of stuttering in cutscenes and gameplay. Thankfully it’s just this one small section, and having the rest of the game portably is worth the sacrifice for the most part.

I’m not sure if performance is the issue here, but I found that some of my inputs would be ignored occasionally. It could very well be that I missed the timing so badly for the next to not register in time, but when you screw up an input you only know when your character runs into the enemy and Miss appears above their head. This threw off my groove quite a bit when it happened, and I think it would be easier to recover if feedback was more immediate, especially on Standard or Proud difficulty.

Aside from the story mode and song selection, there is a very interesting VS. mode where you face off against another player online or the AI. Since this is before release, I was only able to test out local co-op on the multiplayer side of things, which just splits up inputs between Sora and Riku, but the arcade mode style of playing against the AI is very interesting. It’s actually structured a lot like Dissidia NT, in which you choose your next opponent based on their difficulty rating. Based on how well you do while playing, Chirithy will send “tricks” to your opponent like hiding the icon for timing or making enemies disappear once they get close to you. While Chirithy’s narration can be a bit annoying and I wish there was a way to play this mode without tricks, this mode is a ton of fun and encourages you to play songs you may not normally gravitate towards. This is especially helpful since the track list is gigantic, and pairing it down to just five choices at a time makes it less overwhelming. Unfortunately for KH 1 and 2, the game opts for the original MIDI soundtracks instead of the higher quality, orchestral versions from the HD collections. This decision is frankly baffling as the 358/2 section uses its orchestral tracks, and going back and forth between the two is jarring. KH2’s music especially suffers when going back with its large amount of piano and brass instruments which just sound like cheap knockoffs after playing through the HD collection so many times.

In terms of options, there are only a few. You can adjust the volume of the music and sound effects, change the controls slightly, and change the timing of inputs to accommodate any lag introduced by your TV which is completely useless since there’s no example given. You also have several teams to choose from when playing stages, each with their own levels, attacks, and stats. While they may be slightly different, it’s essentially just an aesthetic choice since stats don’t really matter. You can’t change up the members of each team either, so Team Classic will always consist of Donald, Goofy, and KH1 Sora while Team 3D will always have Riku and two Dream Eaters… for some reason. While I appreciate being able to play as fan favorites like the 358/2 and BBS trios, it still makes the game feel a bit cheap going back to the PS2 models. And look, it’s Kairi’s game and I just want to play as her, she’s been shoved to the sidelines for far too long.

While it’s very short on story, Kingdom Hearts Melody of Memory is a neat celebration of the Dark Seeker Saga before moving on. With a huge selection of fantastic tunes and a fun yet simplistic control scheme, this game will keep fans busy until Kingdom Hearts IV.

David is the kind of person to wear his heart on his sleeve. He can find positives in anything, like this is a person who loved Star Fox Zero to death. You’ll see him playing all kinds of games: AAAs, Indies, game jam games, games of all genres, and writing about them! Here. On this website. When not writing or playing games, you can find David making music, games, or enjoying a good book. David’s favorite games include NieR: Automata, Mother 3, and Gravity Rush.
Related Articles: Kingdom Hearts: Melody of Memory
Share
Tweet
Share
Submit