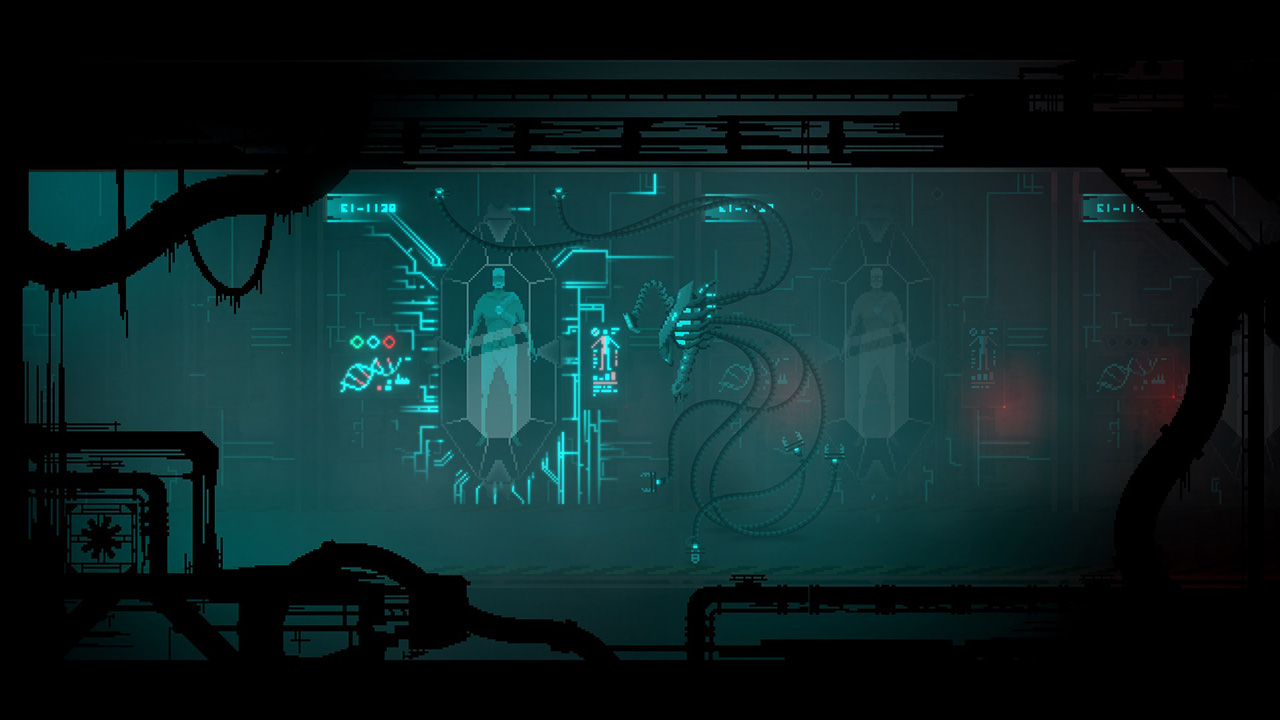 Crying Suns was one of the very first reviews I posted with Gaming Trend back in December 2019 when the title landed on PC, and if you go read that original review, you’ll see that I rather enjoyed it. My feelings about the game remain largely the same; I still go back and play it somewhat frequently even now. I also mentioned then that I felt it’d be a great fit for Nintendo Switch and that I’d jump back in if ever the port happened. Well, Alt Shift has obliged and Crying Suns is now available on Nintendo’s system. So true to my word, let’s see how the Switch version holds up!

A quick summary for newcomers to Crying Suns; as a clone of a celebrated imperial admiral, you are awoken by an artificial intelligence to help find out what has happened to the empire after communications fell silent. What follows is a 2D tactical affair with rogue-lite elements, set to the backdrop of a space opera where every move and decision you make has consequences — sometimes positive ones where you’ll come out the other side in a better position, and other times you take a knock or two that can heavily impact how you push forward. That might be glossing over things a little, but I spoke about the setup in that original review (link above) and I want to avoid spoilers for anyone playing for the first time. 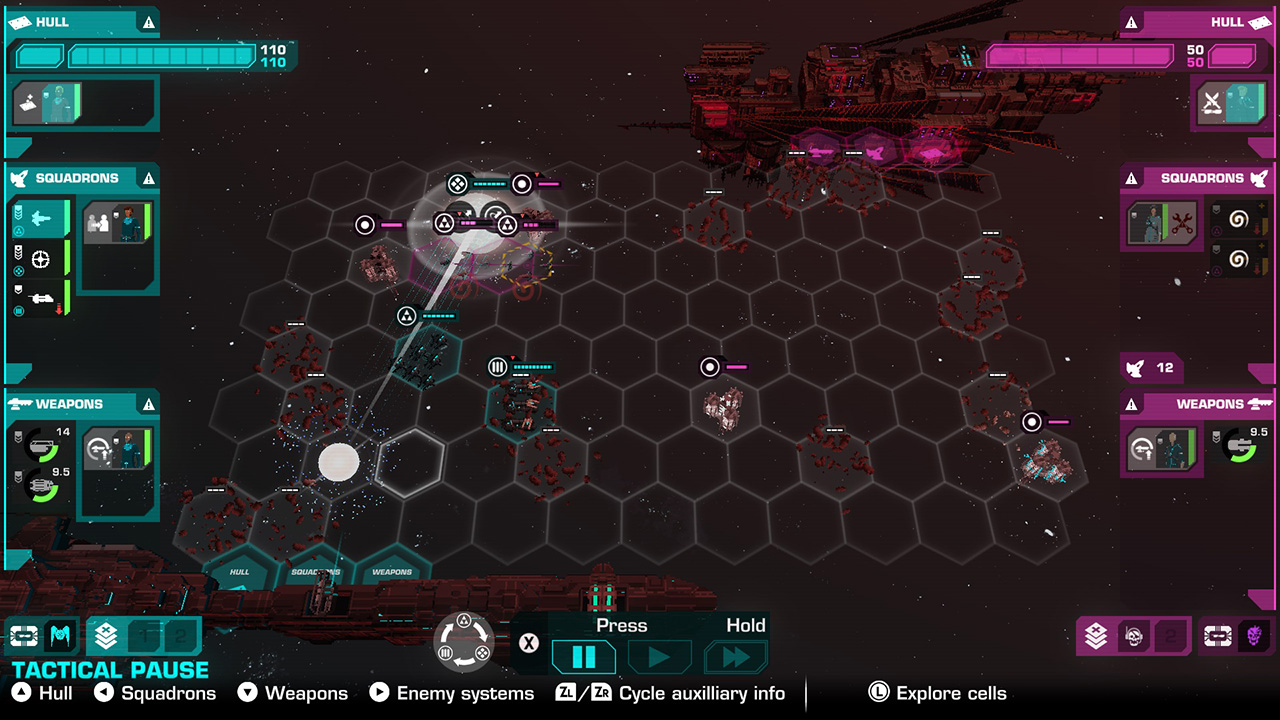 I mentioned before that I thought the writing in Crying Suns was rather well executed with characters feeling like actual people, and that feeling still holds true even after having played the game at some length by now. The protagonist, Imperial Admiral Ellys Idaho comes across as dutiful, noble and steadfast, but the writing allows the player to make some questionable decisions from an ethical perspective in order to survive and work toward the goal. These decisions you make can weigh heavily on the Admiral’s shoulders. Similarly, the deuteragonist — an artificial intelligence named Kaliban — comes across as personable yet still having that cold, calculating machine-like edge about them.

It’s not all straight-laced all the time, the story is peppered with moments of levity found in random encounters or bits of dialogue from crew members. I could be accused of reading too much into the game’s writing but that’s just it; Crying Suns sort of sets the player up to fill in the blanks, never bogs them down with endless exposition and just lets the world breathe a little. Side note here but in 2019 I said I got a Battlestar Galactica feel from the game, which is true but the setting and feel of the game also reminds me somewhat of The Phoenix Conspiracy books by Richard Sanders, a decent series if you like a bit of space opera, but I digress. 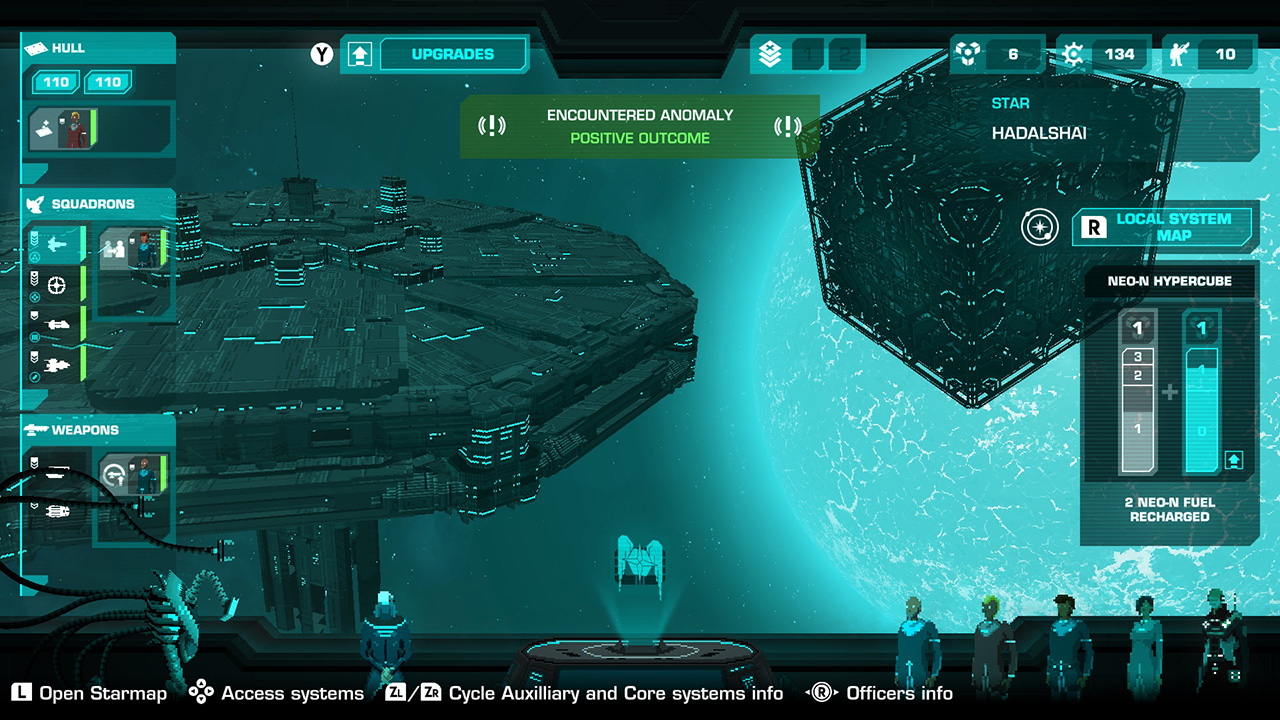 Writing and storytelling aside, the art style present in Crying Suns is as beautiful as ever. It’s a fairly simple 2D pixel art setup but used to great effect with a sublime color palette being used. There’s some lovely lighting effects at work that change the hue and tone of the screen as a different type of star or planet comes into view from the bridge of your battleship, or when a ship explodes and glows with reds, yellows and whites that pop from the screen. There’s some nice design going on with enemy ships and the various other structures or scenery found throughout the galaxy too, which gives each panel of artwork it’s own look and feel despite them all having the same basic design at their core.

The music does deserve mention too and I did give it a little nod in my initial review, but the soundtrack in Crying Suns is a wonderful moody kind of synthwave thing going on that does set up an otherworldly feel and a sense of mystery. I admit that I’m kind of a sucker for those sorts of tones but when you combine the soundtrack (composed by Aymeric Schwartz), the artwork and the way the game is written, it all comes together into a very tidy package. Alt Shift was kind enough to give me the soundtrack a while ago now and I do play it outside of the game when I’m at work or otherwise in the mood for those kinds of tunes. Luckily for anyone with similar musical inclination, the soundtrack has been made available here as well as on several streaming platforms.

It should come as no surprise given that, as pretty as it may be, Crying Suns isn’t exactly a hardware-pushing graphics powerhouse and the game runs absolutely fine on Nintendo Switch in either docked or handheld modes. I didn’t notice any frame rates dropping, glitches or hiccups of any kind; load times are totally under control and you’re getting the full game, nothing taken out or otherwise missing. I had been a bit concerned that text and smaller objects might be a bit hard to make out in handheld but that was thankfully not the case and everything is crisp, clear and legible.

If I have to pick a fault with this Switch port then it has to be the control scheme. It feels a bit clunky and I think it’s because my natural inclination is to reach for the D-Pad… D-Buttons? Whatever we’re calling the thing that the joy-cons have, the game does use those for some commands and the left stick for other things, and it comes across for me as being a bit disjointed. There’s no option to remap these controls either so you won’t be doing custom binds unless you go do it at a system level on the Switch itself. And the other thing I was pretty bummed about, no touch screen control in handheld! I don’t know how hard it is to make that work, that isn’t my department thankfully but given that Crying Suns is available on Android and iOS devices now, I was hoping someone at Alt Shift would get that feature in there. Seriously guys, can you patch it in and make it happen? It’d be perfect for handheld mode!

Crying Suns is still as much of an engaging tactical space battler as it ever was. It has an interesting story that is beautifully presented, sounds great and a welcome addition to the Switch library. Alt Shift has tweaked and updated it since the initial release and the game is just that little bit more refined for the effort. I would have scored this current version a little higher than I did in 2019 but the clunky controls re-level the playing field.

Grumpy gamer from UK with a keen interest in retro gaming and modding. Can also be found cycling up and down mountains, walking dogs, watching Sci-Fi and reading all sorts of books.
Related Articles: Crying Suns
Share
Tweet
Share
Submit