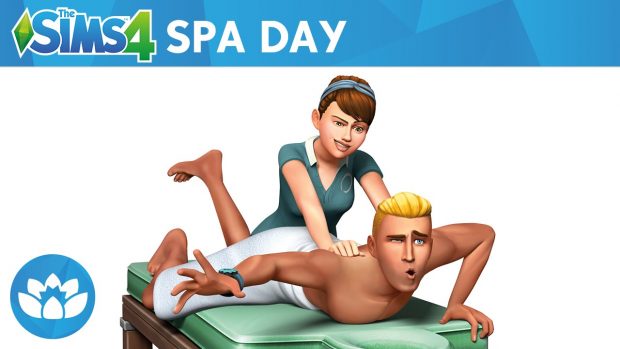 The Sims 4 grows and expands with each new expansion, game pack, and stuff pack. I have been reviewing all the Sims 4 content as I can keep up with over the last few months, but with Spa Day I feel I have finally found what a game pack should be: packed with items, upgrades, and more relevant content than most of its other offerings. The Sims 4 Spa Day is the pinnacle of content and ultimately the strongest offering yet.

Though Spa Day is based solely around Spas and wellness, I was extremely surprised to find how much I enjoyed this game pack. One of the best features of the expansion is its wealth of content. From saunas to mud baths and meditation stools, everything a Sim healthnut could want is offered. With over 100 build/buy items and plenty of new clothing options, Spa Day is meaty and comes with more content and relevant items than past game packs, and even stuff packs.The new items are vast, varied, and integrated well within the Sims world. I was constantly finding and using new and interesting items I came across, and many of them have unique options, giving these items a layer of depth. Various types of mud baths can be used to make Sims more confident, focused, or even flirty. Saunas, on the other hand, are a great way to relax, but you can also wohoo in them, and if you spend too much time they can ultimately die from overheating. Using different types of incense will give Sims mood changes.

Another addition is, of course, the spa itself. There are four new buildings, including pre made spas, a gym, and a massage parlour. Getting massages, mud baths, and learning yoga are the main attractions of the spa. They are nicely designed buildings, but nothing to write home about. I enjoyed going to the spa for a few hours of Sim time, but somehow it was a weaker aspect of the game pack. A lot of the content that comes with Spa Day is showcased in the spa itself, but unfortunately it is not necessary to go. So much of the same content can be bought and used in your own houses which is both amazing and a let down. It is a nice touch to be able to build a mini spa inside your house but it also quickly made the spa useless and by the end, I found myself never going to the spa. I love the new items and having them in your Sims house is amazing, I just wish there was more reason to go out to the spa, other than just to get away from the house.

The new Wellness skill is one of the best, and most rewarding, skills to come to The Sims 4. Taking part in activities like yoga, massages, and meditation has a direct impact on Sims’ moods and emotions. Giving and receiving massages gives emotional responses as well as yoga. Mediation also has great benefits to the mood of the Sim and if they are high enough they can even learn to levitate and even teleport, which has little actual impact but is fun to do. It adds a nice bit of Sims craziness, while showcasing and utilizing the emotion system.

Another let down to me was there were no new aspirations or traIts and it lacks the ability to actually run a spa. Considering previous expansions’ focus on running your own business, it seems like a no-brainer to include this feature in Spa Day. Also, the lack of a new trait or aspiration was disappointing, but the overall amount of content in the pack does make up for these shortcomings.

The Sims 4 Spa Day has some of the best and most fulfilling content that has been released thus far. The number and quality of items and things to do make this the best bang for your buck so far, and any Simhead should enjoy this great game pack.

Growing up in a small Colorado town, Bryan has always had plenty of time to play games. PC is his first choice of tech followed by the PS4. Graduating at 16 Bryan knew he wanted to be a writer and wanted to combine his love of games into that and found Gaming Trend in 2012 where he quickly became a member and started writing for them as soon as he could. He is still at Gaming Trend, but now has 2 kids, a puppy, and a lot less time to play the games he loves, but he always finds a way to get back into gaming.
Related Articles: The Sims 4: Spa Day
Share
Tweet
Share
Submit