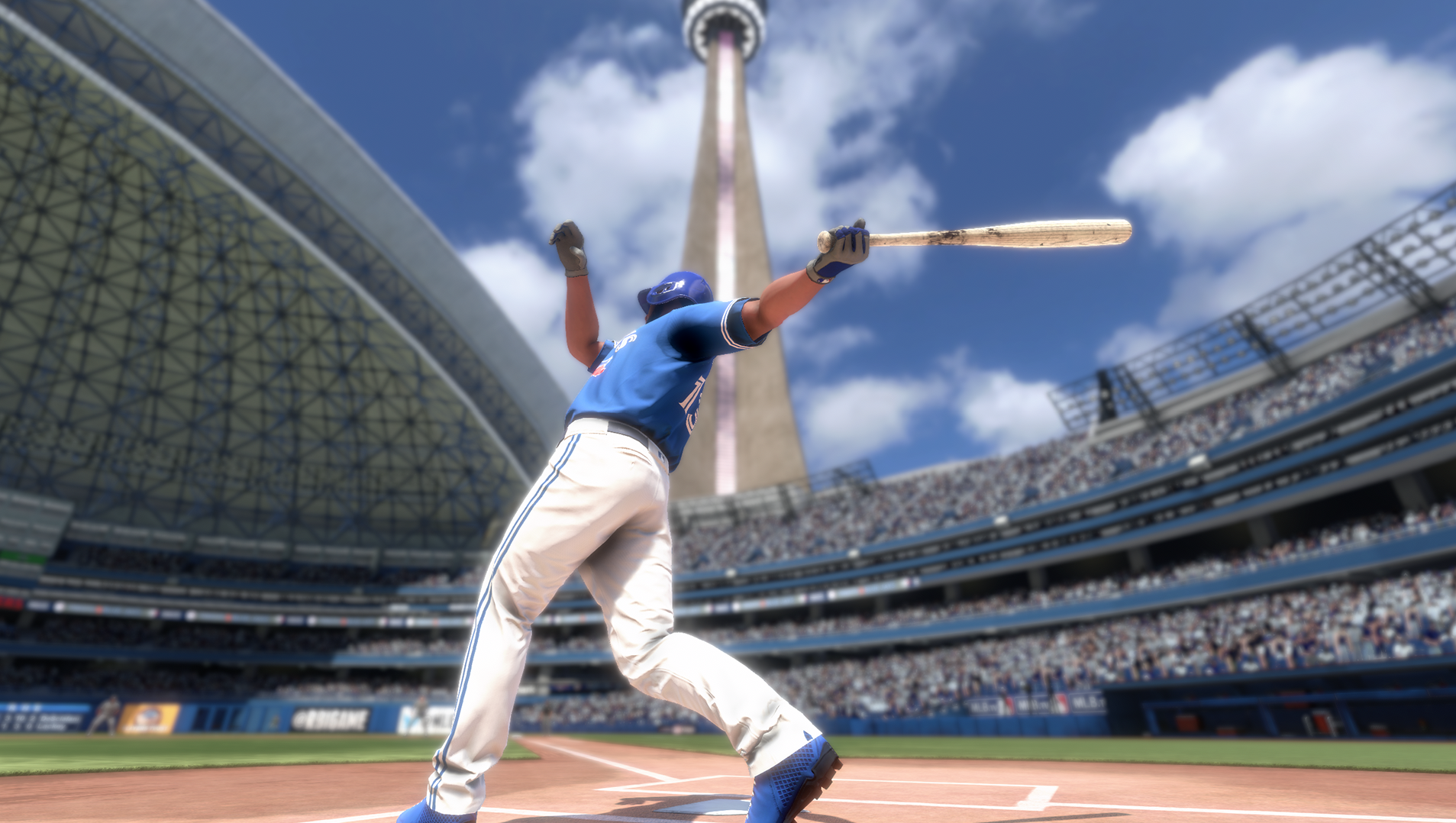 Games can be bad for many reasons, but there are really two main veins of mediocrity that permeate the landscape. Games can be broken messes, but maybe the worst of the two is the repackaging of something old and tired as “gaming simplified.” R.B.I. Baseball 19 is a perfect example of an imperfect logic; that somehow stripping a game down to 16-bit era functionality is making a game more accessible for the general public.

R.B.I. Baseball 19 masquerades as a cheap, easy to play alternative to the baseball juggernaut that is MLB The Show. While there is absolutely no argument to be made that the game is much more simple than its full bodied counterpart, it would be impossible to say it is “easier” to play. Instead, what you get is janky, boring, repetitive and basic to the point of madness. R.B.I. Baseball 19 is a mockery of the sport, of video games, and a slap in the face to every single person who dives in because of the relatively smaller price tag. 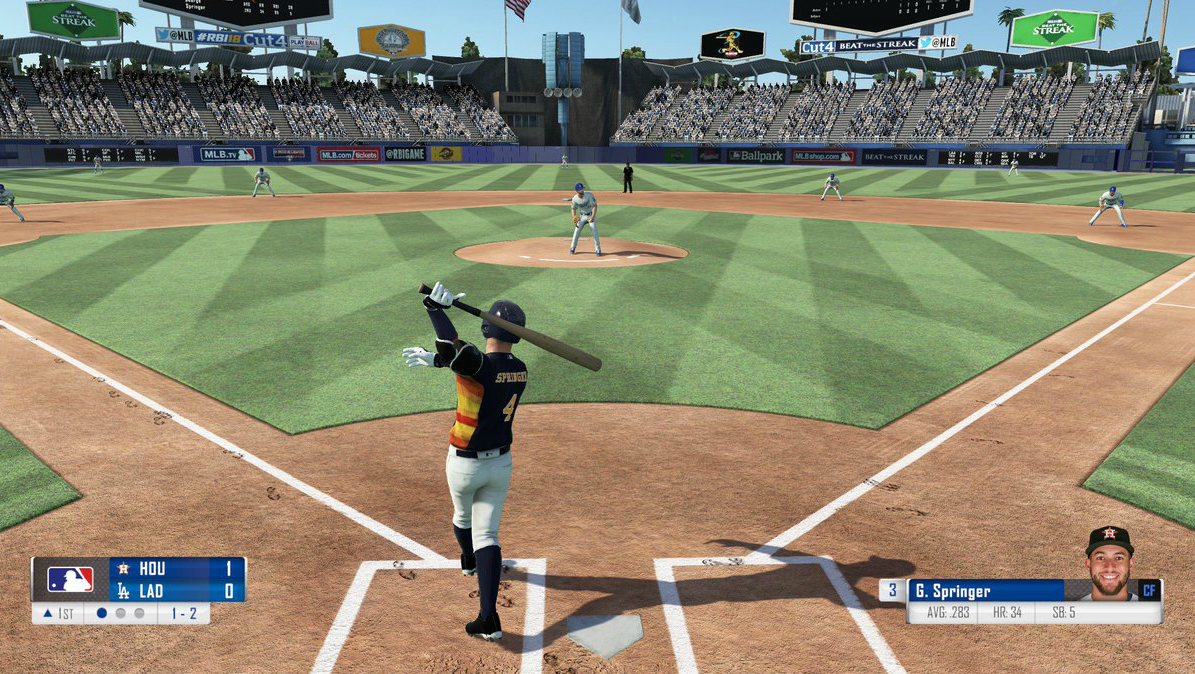 If you’ve ever played a baseball game for the Super Nintendo, I’m sorry. Sports games of that era were universally pretty terrible, but among the worst were the various forms of baseball games out there. R.B.I. Baseball 19 is a polished and modern version of those terrible games. Pitchers move side to side on the mound and throw two basic types of pitches: a fastball and a slow pitch. You move batters freely in the box to counteract the pitcher’s “angle” and have one basic swing button.

The games play out very uniformly. You’ll struggle to hit pitches for a half inning, and then find that every single pitch you throw is a magnificent duck waiting to be served up. The learning curve is much higher for this game than it ever would be with The Show, despite the incredible simplification. Unless you’re already talented with these types of baseball games, you’ll never get anywhere. There is no reward for mastering this type of arcade style baseball. 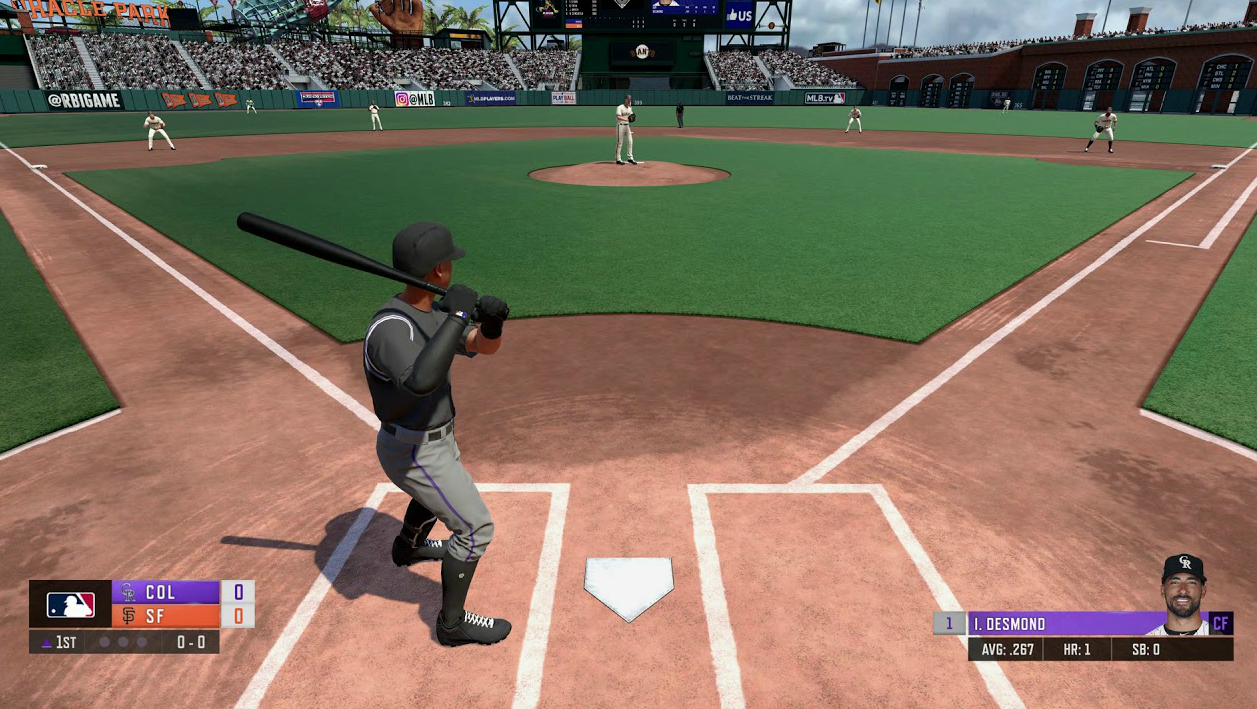 I absolutely hate the idea that baseball has to be dumbed down so drastically to be accessible. A lot of kids base their fandom of sports on the video games they play, and I have always held that part of baseball’s decline is this style of gameplay being so prevalent for so long. Maybe I’m beating a dead horse here, but I honestly can’t understand why this has to have been made into an entire full release game. The Show already has a retro mode that plays exactly like this, and it manages to at least capture the nostalgia and feeling of those old games while still being an incredibly frustrating and boring experience. 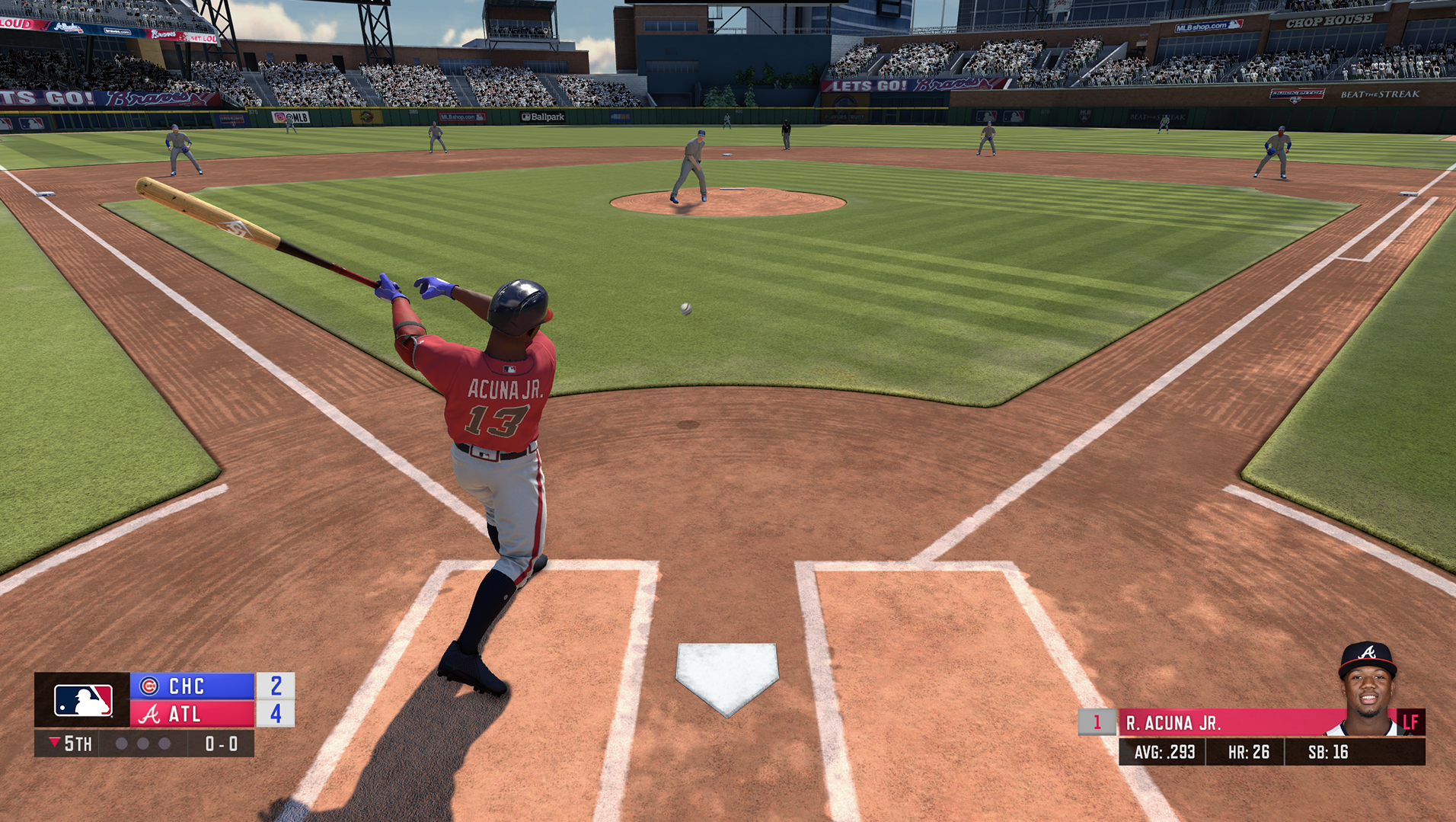 That isn’t to mention that the game is full of buggy little glitches and sloppy work that does nothing to soften the blow of having paid thirty bucks for a SNES baseball clone with Alex Bregman on the cover. After each swing the batter resets by twitching his lower body in a way that looks like a spider queen has taken over the player’s motor functions. The camera angles stretch the player’s arms and legs out to look like cartoonish freaks. Catches in the outfield often have the ball transport from left to right into a fielder’s glove. While not a glitch, the pitching is based on a magical ball you can control after the throw like some sort of jock wizard.

R.B.I. Baseball 19 is just a lazy, uninspired cash grab of a game. The minimal time and effort it must have taken to crank out this piece is likely offset by the modest but profitable amount of money it will make. I cannot think of any other reason why such a game would exist in these modern times. I feel nothing but disdain for R.B.I. Baseball 19, much more than I’d feel about some broken or otherwise screwed up title at least trying to do something bigger and better. This game simply has no reason to exist. Between the messes and mediocrity, there is little room for enjoyment anywhere in this game. 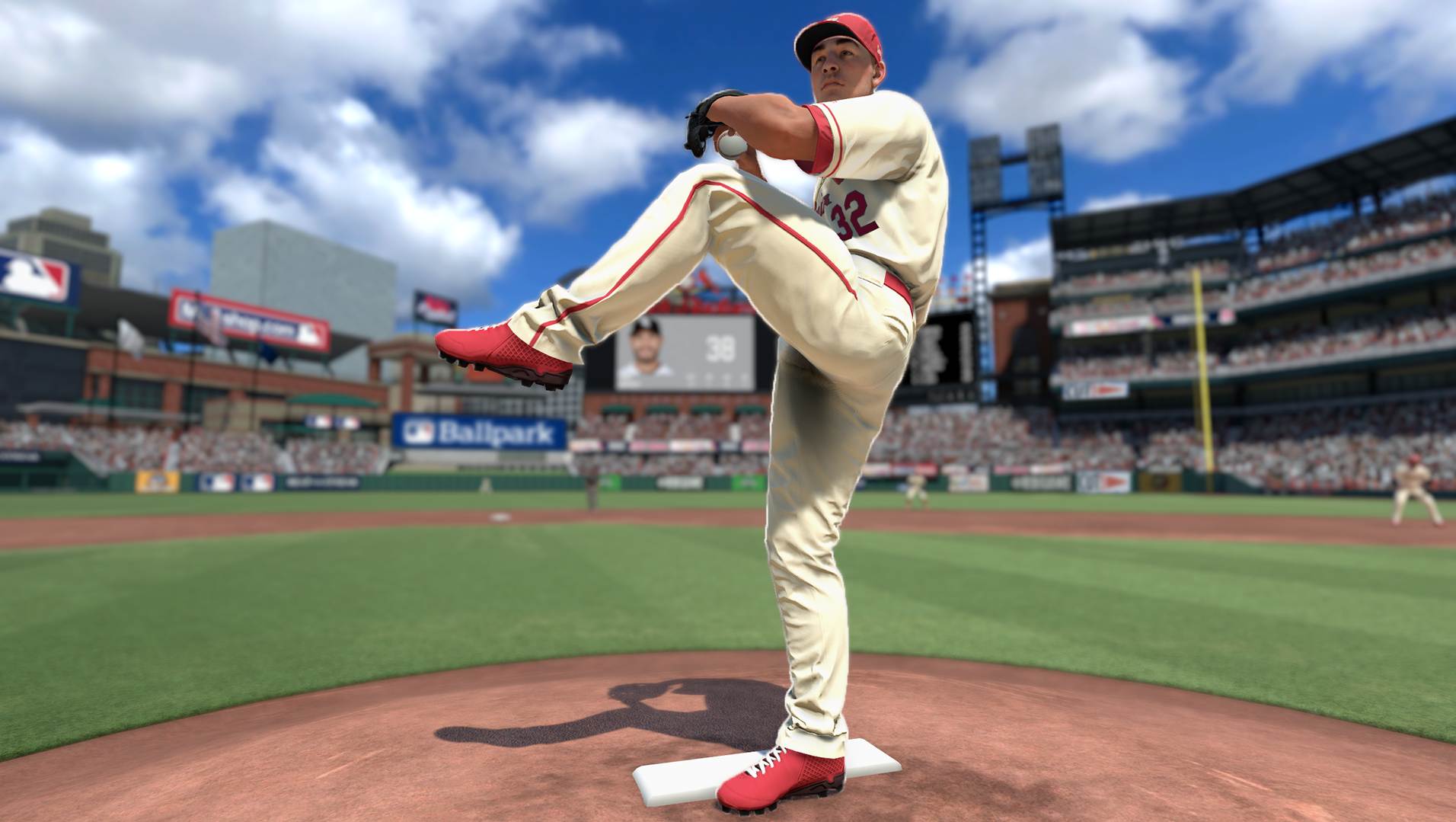 The game does feature a fun version of the Home Run Derby, a much easier, casual experience than what is presented in The Show. Unable to get away without a negative, I’ve noticed that no matter how well I perform in the Derby, I often still get beat by the computer counterpart, which is the equivalent of a random number generator. I don’t know if it is just random luck, or if it is built into the game to make you try again and again, but it is frustrating.

R.B.I. Baseball 19 is a lazy, clunky, uninspired mess of a game. The controls are overly simple and leave little control to the player. The physics are unrealistic and the players contort their bodies in Silent Hill-esque horror after each swing. The format is tired and outdated, and the game bears no resemblance to a competent baseball experience aside from the skeleton of game it presents.

Patrick Rost has been with Gaming Trend since 2013. At first focused on sports coverage, Patrick has gone on to cover a wide range of games and other products for the website. Outside of Gaming Trend, Patrick writes and records music, grinds perpetually in Elder Scrolls Online (PS4), and lives day to day with his two dogs, Bob and Stella.
Related Articles: R.B.I. Baseball 19
Share
Tweet
Share
Submit