Once upon a time, there was an app for iPhones/iPod Touch with various Capcom arcade games. Every day, you’d be given a few virtual quarters to use on whatever “machines” were available at the time, like Street Fighter II or Super Gem Fighter Mini Mix. It’s since been delisted, but I had a lot of fun with it back in the day trying out games I never got the chance to play. The recently released Capcom Arcade Stadium evokes a lot of the same feelings in a much more robust package. 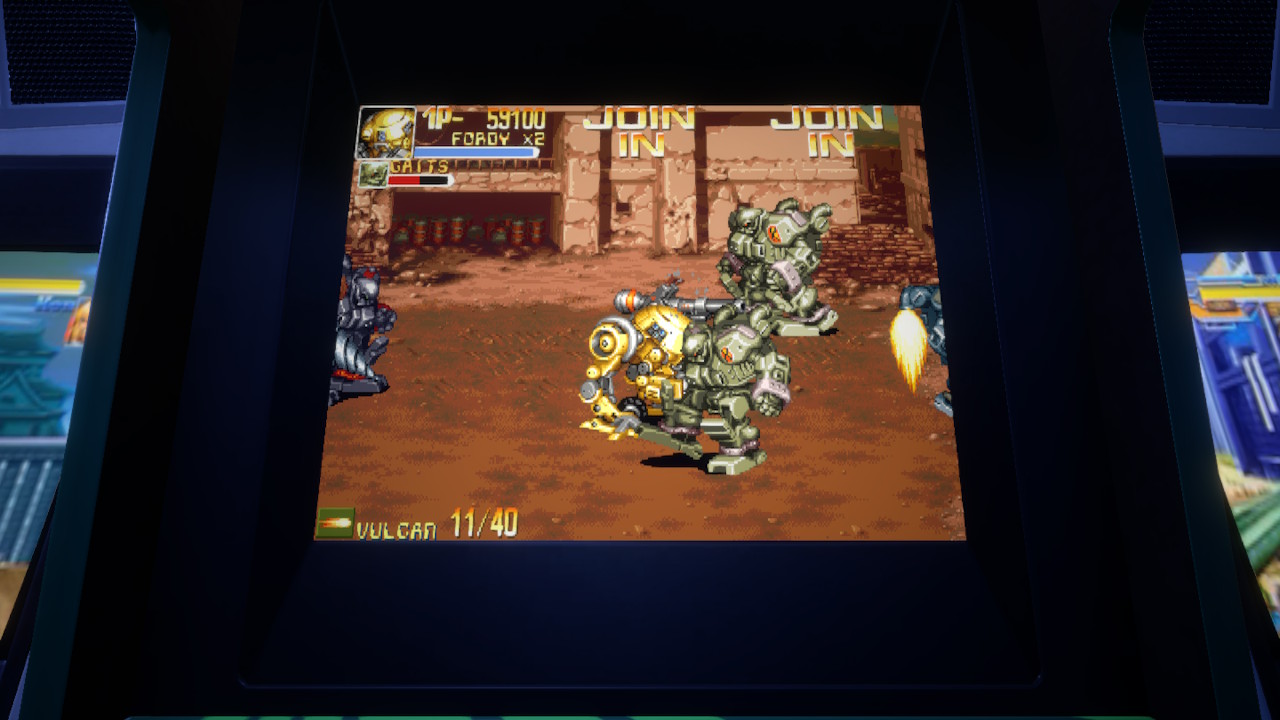 Booting up Capcom Arcade Stadium for the first time, you’re greeted by an infinite row of arcade cabinets, with each game’s attract mode loudly (both in a visual and auditory sense) begging for your attention and quarters. Choosing a game will prompt you to insert your quarter into the slot by pressing in the right stick and then Minus to begin. Unlike that iPhone game I talked about earlier, there’s no limit on virtual quarters here: you can play as much as you like. You can customize any game’s visuals to your liking by adjusting the cabinet’s style, removing it entirely, or choosing from several decent scanline and roundness filters. For some of those vertical scrolling shooters you may also want to change the screen orientation, though be aware that this doesn’t change the controls. While I certainly enjoy the feeling the game gives you of being in a busy arcade, I generally preferred to remove all the excess fluff and go with a simple display of the game I’m playing with no borders or filters, even if it’s incredibly cute that the cabinets mimic your inputs.

Given that I have no in person comparison with the actual hardware, these all seem to be very well emulated. I never noticed any unnatural slowdown, screen tearing, or even input delay. There are also several convenience features added, like adjusting game speed, difficulty, rewind, turbo buttons, and shortcut buttons. For example, in Battle Circuit, a beat-em-up, you can hold Y instead of mashing B to punch or simply press X to execute your character’s special move in place of pressing A and B together. Not every game can take advantage of these extra buttons, since the cabinets themselves had different control schemes, but these are incredibly useful when they are available. Finally, you have the choice of playing every game’s Japanese or US ROMs, with a few exceptions likeTatakai no Banka which was only released in Japan or Bionic Commando which was only released in the US. This sheer wealth of options, including online leaderboards and save states, make it easy for anyone to enjoy these arcade classics. 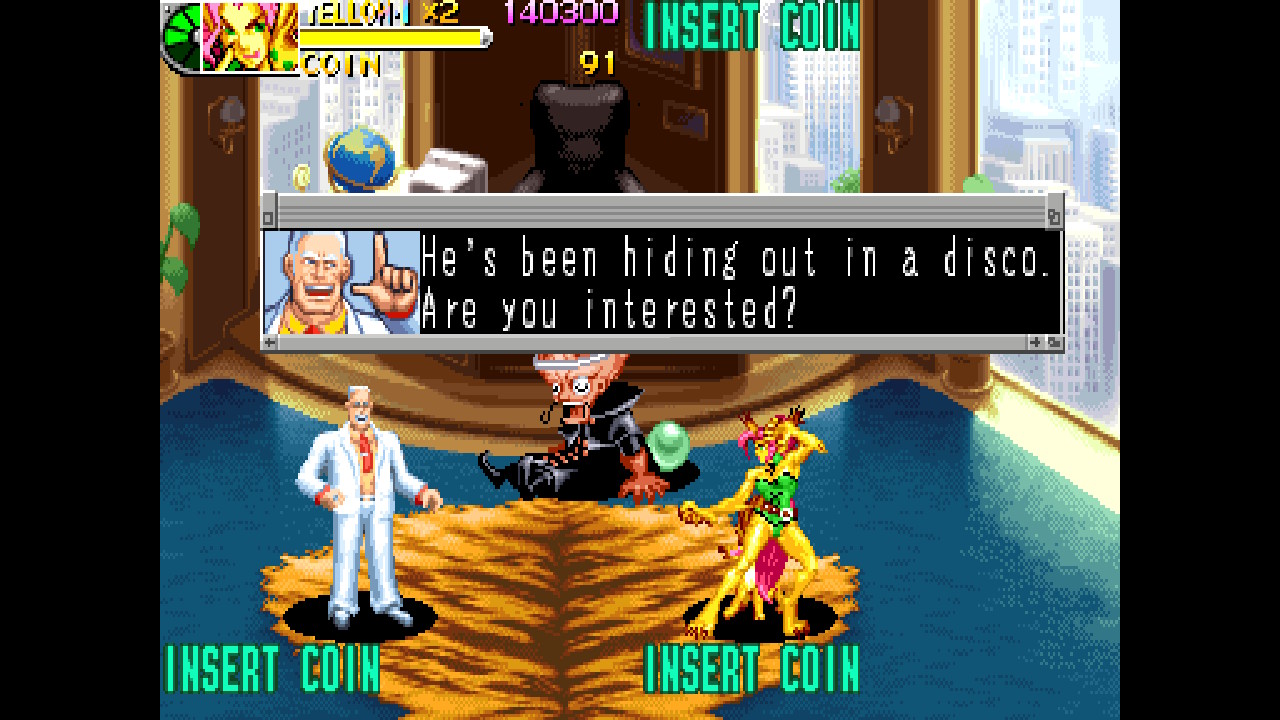 Despite the range of visual options, there doesn’t seem to be a way to reduce flashing lights in these games. Using Battle Circuit as an example again, using your air special will cause the screen to rapidly flash that character’s color. That isn’t the only game to have that problem either, and while I’m not photosensitive myself, it may be hazardous for those who are and it’s also just hard to look at in general. While I think it’s good to preserve these games in their original forms, the option to reduce the intensity of this flashing, preferably enabled by default, should have been included.

Doing some light research before writing this review, most of these games were released for the CPS-2 Arcade hardware. One thing that I believe the game lacks is any sort of history for these games or Capcom’s overall arcade history. I’ve really enjoyed collections like this in the past which featured some developer commentary or some such information about a game and it’s a shame there’s nothing like that here, you can’t even see what year each game was released in. If Capcom continues to support this excellent digital arcade they’ve created (Darkstalkers please?) I hope they add some little blurbs to tell you about the games and their place in history.

Capcom Arcade Stadium is the best way to play a few of Capcom’s arcade classics. It’s clear a lot of love went into making sure these games were emulated perfectly and to recreate the atmosphere of a bustling arcade. Whatever you want to play here, you can’t go wrong.

David is the kind of person to wear his heart on his sleeve. He can find positives in anything, like this is a person who loved Star Fox Zero to death. You’ll see him playing all kinds of games: AAAs, Indies, game jam games, games of all genres, and writing about them! Here. On this website. When not writing or playing games, you can find David making music, games, or enjoying a good book. David’s favorite games include NieR: Automata, Mother 3, and Gravity Rush.
Related Articles: Capcom Arcade Stadium
Share
Tweet
Share
Submit