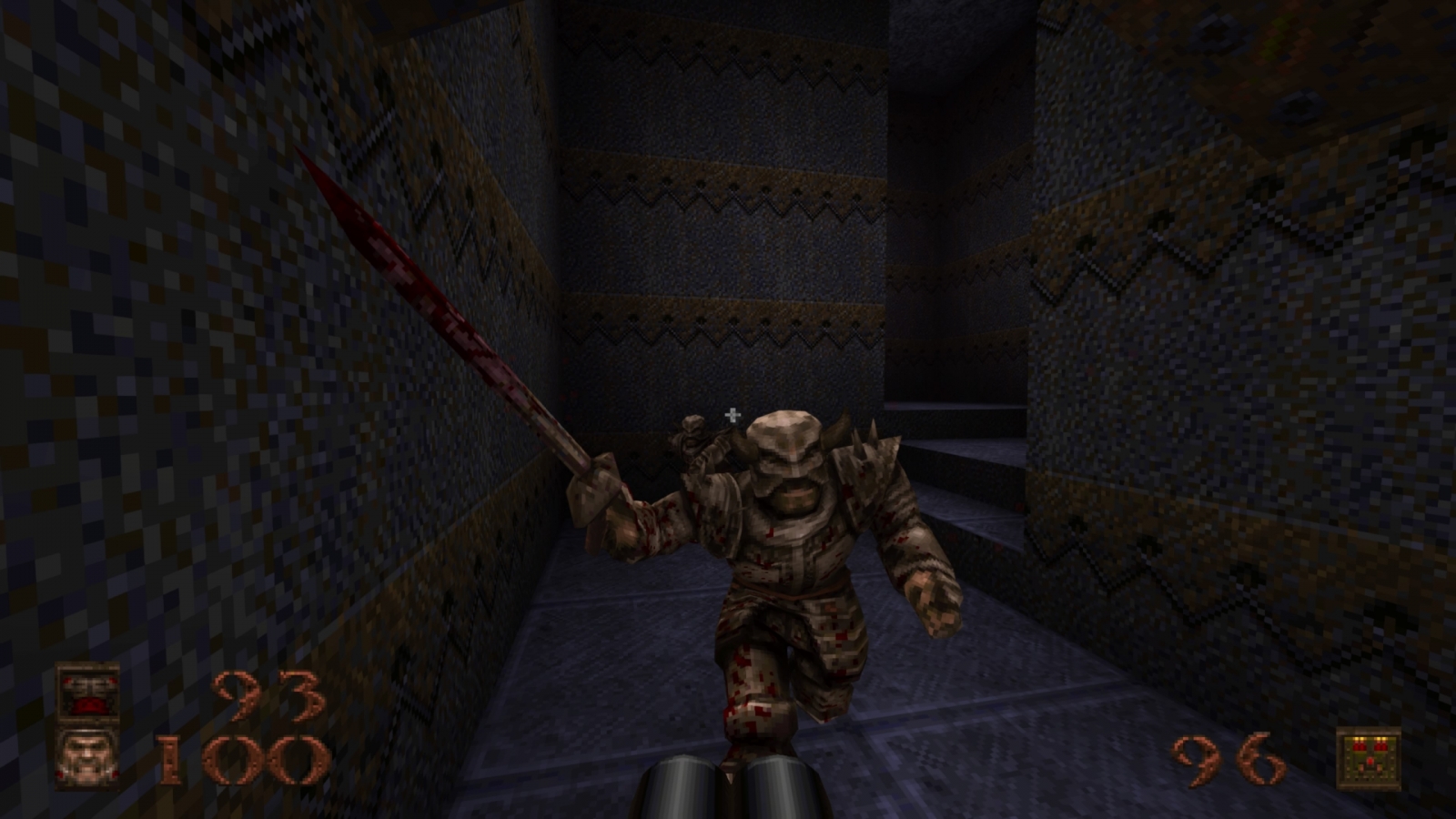 When it comes to first person shooters, Quake is just as important to the genre’s history as Doom, Wolfenstein, or Halo. The game essentially invented esports as we now know them and established a thriving online community while providing a meaty single player campaign across four episodes. Quake expert Richard Allen and Quake newbie David Flynn provide their experiences with the newly released port on PlayStation.

Quake, like Doom, laid the foundation for FPS as we know them. In many ways, Quake still holds up – showing that great design and gameplay will always outshine any new advancements in technology. I won’t bother reviewing Quake itself here, as it is a videogame most people have played, loved, and have nostalgia for, and as such already have strong opinions about. That said, if you didn’t grow up participating in its fierce multiplayer matches and attempting to survive its tough-as-nails harder difficulties, you may very well be unimpressed by a few admittedly outdated gameplay ideas.

While Quake’s campaign remains untarnished by age, Quake’s multiplayer, by today’s standards, is almost unbearably barebones. While fun for a few matches, there is no reward system, no leveling up, no reason to come back aside from attempting to survive as long as possible. After the extreme advances in multiplayer since Quake’s original launch, it is hard to bring back the fun that came from Quake’s multiplayer so many years ago.

Thankfully, the core Quake experience is still as fast, hard, and brutal as ever. The game runs at a smooth framerate, never once stuttering or slowing down when players are bombarded by enemies, and feels just as good to play as it did upon release. That said, the years have not been as kind to Quake’s level design, particularly in its enemy placement which seems downright unfair by today’s standards. I love tackling a good challenge, but in Quake many times you will die, especially on higher difficulty levels, if you haven’t memorized the enemy layout. David explains this more in his portion of the review, and I completely agree with his complaints. 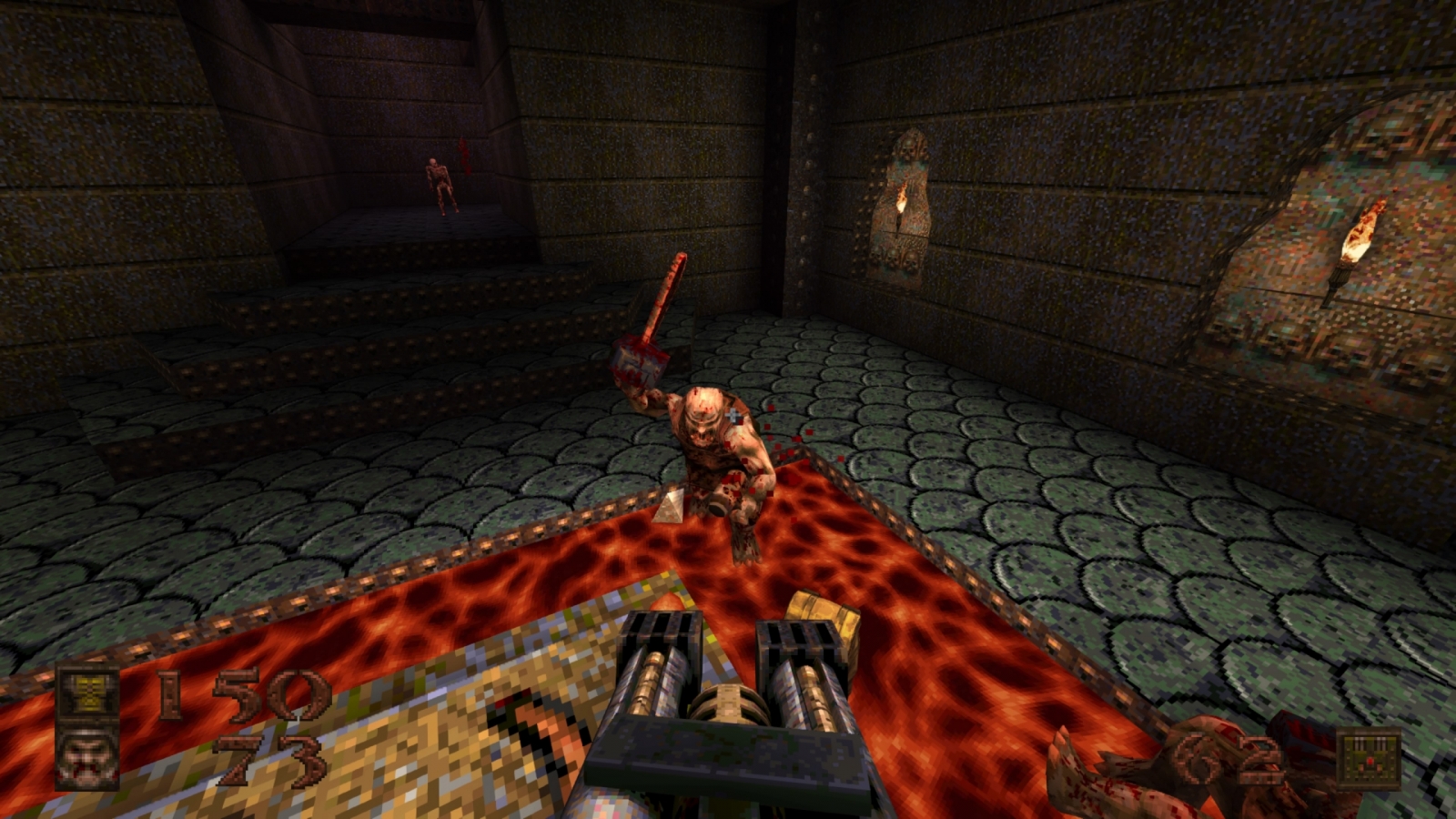 While I still greatly enjoyed my time playing through Quake’s legendary campaign again, I couldn’t help but wonder if some of it may not have been due to my love of the game from such an early age. While yes, the game as a whole is still worth experiencing and has rightly earned its place among the greatest first person shooters ever, every year that passes does make it a bit harder to go back to these campaigns without feeling a little sad that the nostalgia is beginning to fade.

I could talk more, but I feel as if David’s take is the better way to review this remaster, as his viewpoint is untainted by nostalgia glasses, unlike mine. But for the money, you could do a lot worse than spending a few hours with Quake’s four incredible episodes. 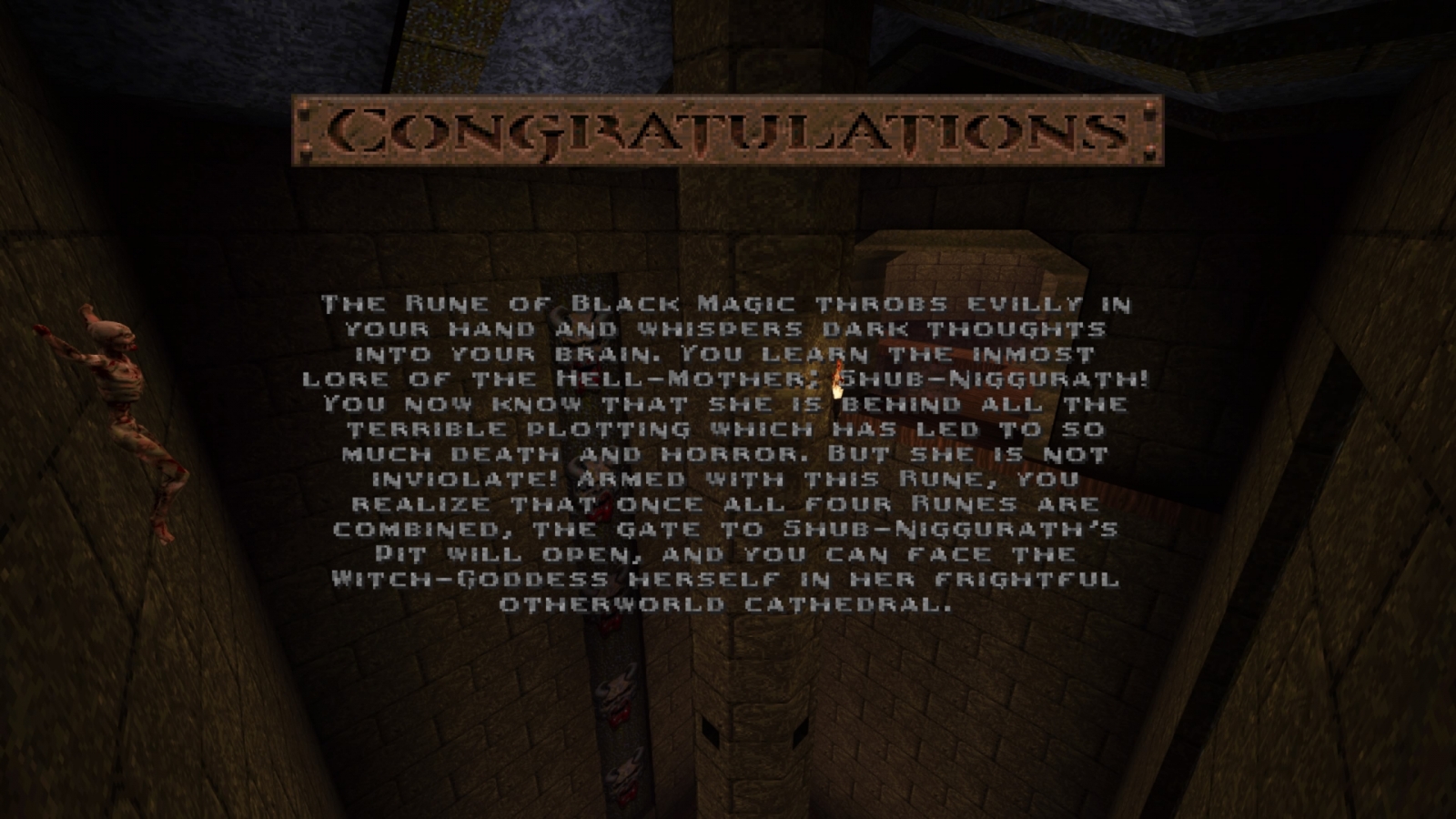 This year I’m playing through all of the old, foundational shooters for the first time. Doom was certainly interesting given that you can’t look up or down, so I found Quake to be a much easier adjustment coming from more modern games. It still retains that fast paced movement and intricate level design that I absolutely adore, though it has a few issues. Levels are large, multilayered, and filled with secrets but also love to spawn enemies in completely unfair ways. For example, often when you hit a switch to progress it will also open up a hidden monster closet outside of your view so they can quickly and easily kill you. I lost track of the amount of times enemies would appear out of thin air in front of me. Episodes 2 and 4 were especially bad with this, making them my least favorite of the bunch. While I didn’t spend a ton of time with the free downloadable addon, Quake 64 contains a smattering of levels from each episode, so that might be the ideal way to experience the game initially.

Aside from that issue, Quake feels good to play. The weapons all feel unique and satisfying, though I don’t quite understand the difference between the Nail Gun and the Super Nail Gun, and you use them to deal with each enemy’s unique attacks. Since the game was originally intended to be played on PC with a keyboard and mouse, motion aiming is enabled from the get go and it works pretty dang well. I didn’t feel the need to adjust any of the controls, but you have the option to change sensitivity and rebind all of the buttons if you wish. 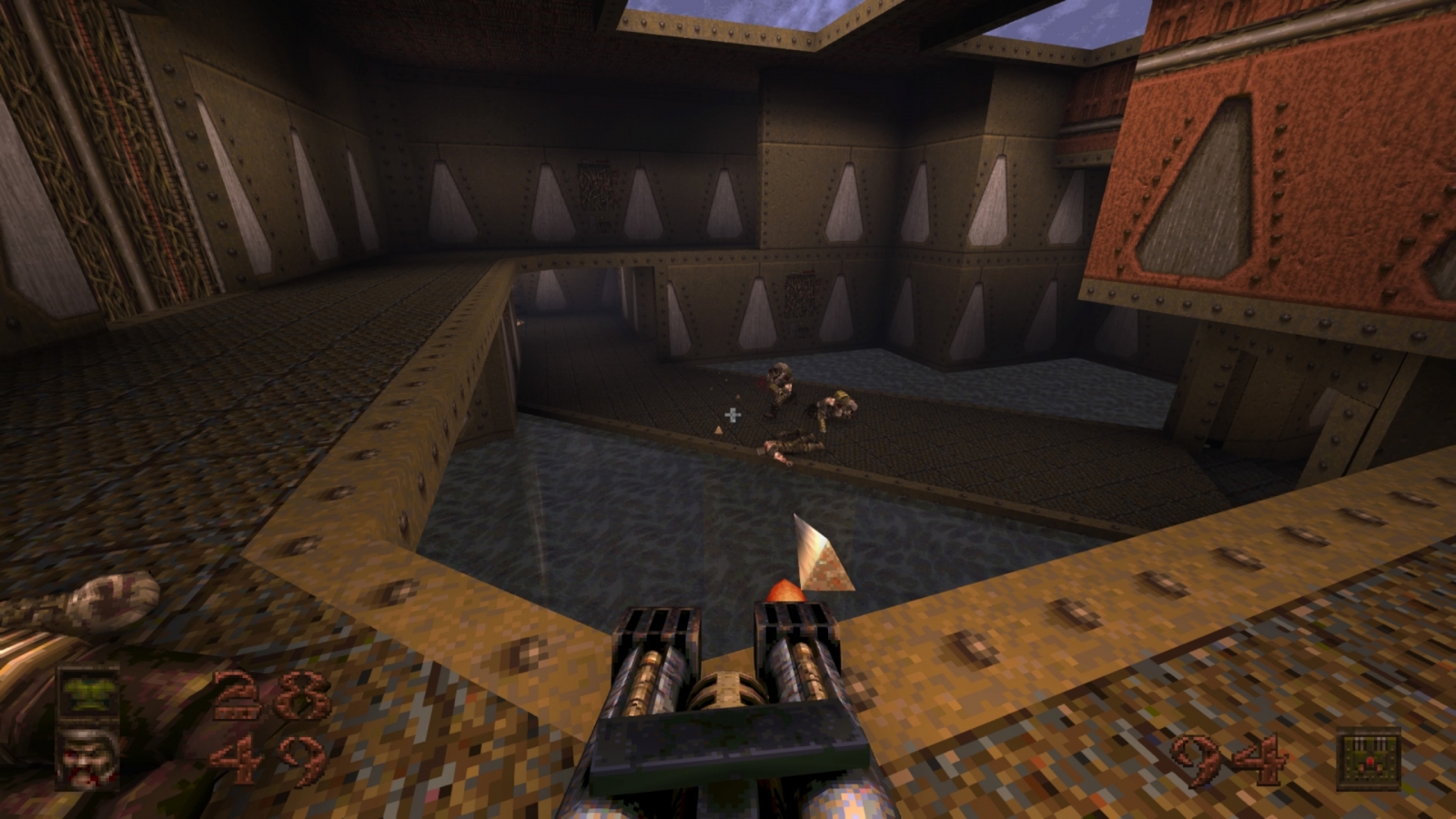 Quake is known for its multiplayer, and players will be happy to know that crossplay is enabled with all platforms so you can deathmatch with your friends/soon-to-be enemies on PC, Switch, Xbox, and PlayStation. I’ll be honest, I just couldn’t get into this mode. The concept is simple, kill more players than your opponents, but since I’m pretty bad at shooters I died constantly and mostly just felt confused the whole time. Thankfully, the respawn is practically instant, so you can get back in the fray (or in my case die immediately) whenever you’re ready. There’s also a co-op mode for the campaign, but unfortunately we didn’t have a chance to try it out.

Quake is a seminal shooter that helped define the genre, but it’s definitely starting to show its age. It’s well worth experiencing the campaign, but its design and enemy placement can occasionally feel unfair. Just as well, the multiplayer is difficult to get into if you’re not already familiar with it.