I’ve been using Logitech G-Series gaming keyboards for close to fourteen years. My old G19 has been serving me well since Christmas of 2012 and it’s still in perfect condition, but I jumped at the opportunity to review the new G613 Wireless Mechanical Gaming Keyboard. In the past, mechanical keyboards haven’t really worked for me because I am an author, and I type upwards of 90-100 words per minute. I’d frequently hit keys accidentally just by lightly swiping over them while trying to reach another key. This usually led me to plugging back in my G19 out of frustration.

The G613 has been a delightful experience though. In conjunction with the G903 Wireless Gaming Mouse, and the PowerPlay Mat that I recently had the pleasure of reviewing, I am fully wireless now and loving it. I find myself making very few mistakes with the G613, no more than I would have made on a traditional keyboard. The Romer-G Tactile switches are much quieter than other mechanical keyboards I have used. They boast a 70M click-life, and a short-throw actuation of 1.5mm. The keys feel sturdy and precise under my fingers, and they don’t look as obviously mechanical as other brands, in that the keys aren’t spread apart as far, and don’t stick up from the board. 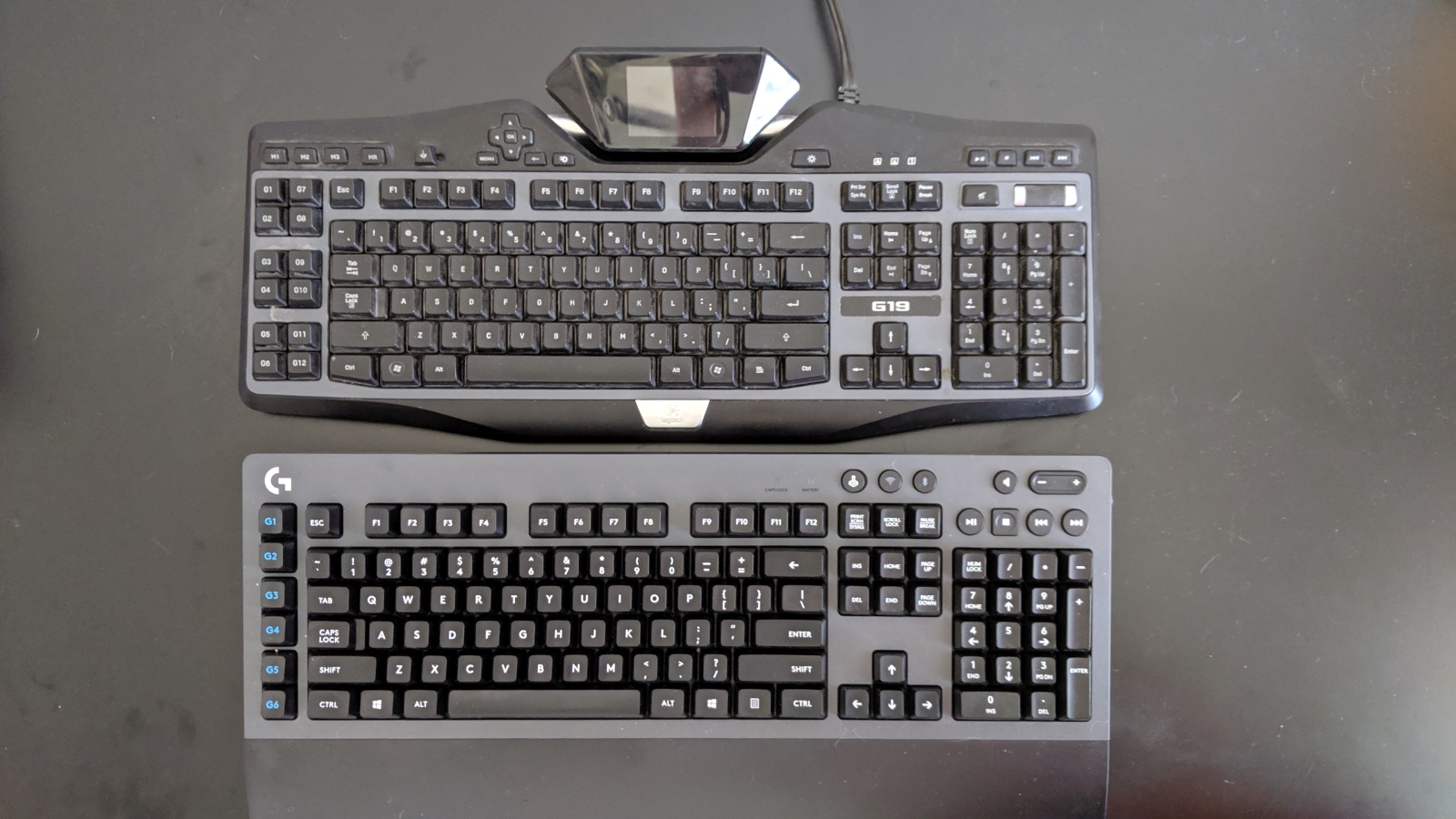 The programmable G-Keys are one of the main reasons I keep coming back to the Logitech G-Series. I’ve been a huge fan of them since my first G15 in 2005. You can program just about anything into them using the Logitech G HUB software. I use them to set up macro commands in World of Warcraft, and have programmed them both by my account as a whole, and as character specific macros. The G-Keys give you unlimited custom commands in both games and apps, and while they can take a lot of time to configure, the payoff is worth it. Unfortunately, the G613 only has 6 G-Keys, while most of the older G-Series keyboards had between 9 and 12 G-Keys. This is still plenty for the average gamer, however. I found that I never used all 12 of the G-Keys on my old G19, as some of them were harder to reach for my smaller hands. The G-Keys on this G613 are perfectly positioned, even though there are fewer of them. 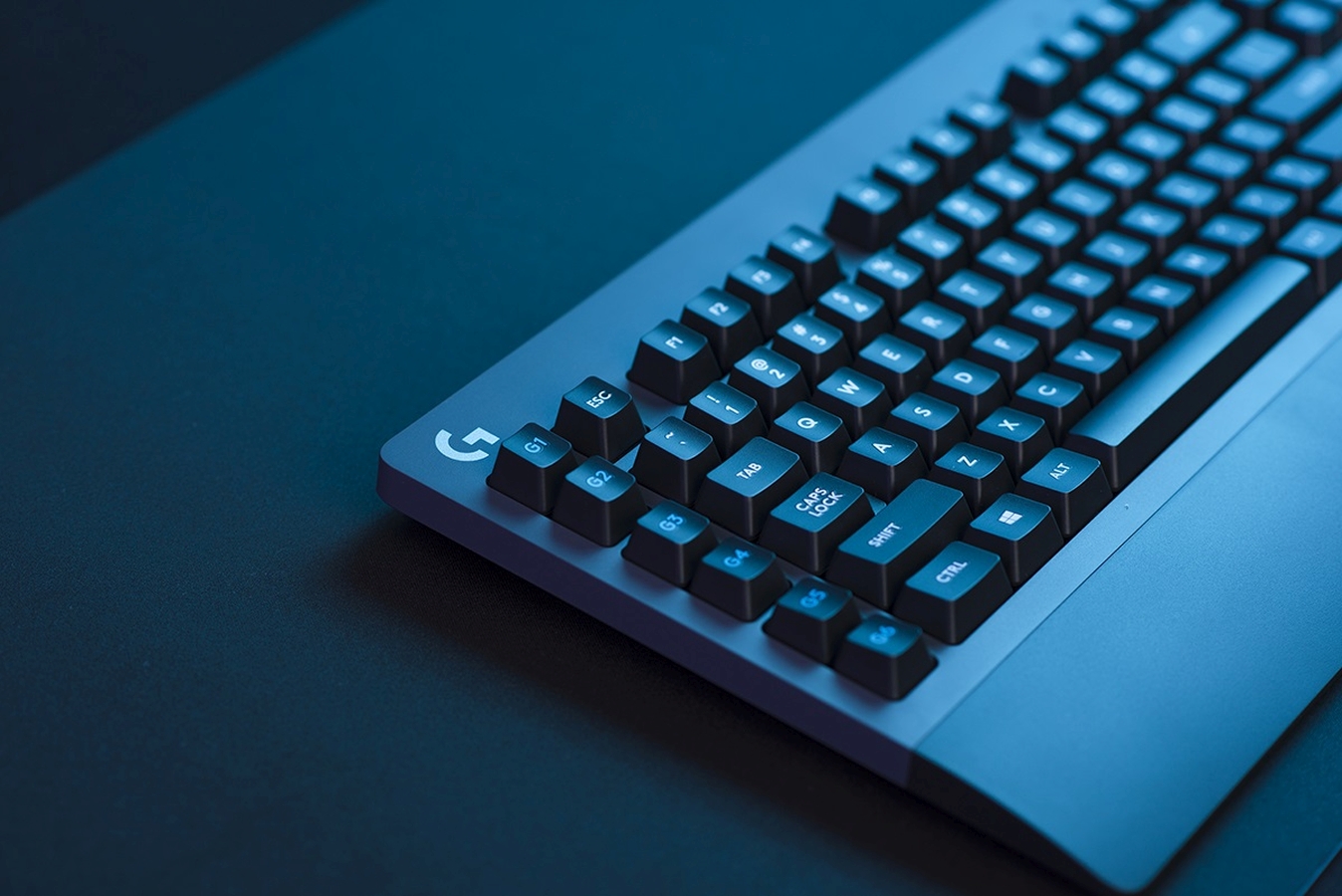 The programmable G-Keys on the left side of the keyboard.

The keyboard can also connect to multiple devices via Bluetooth, and though I only used it as a test to connect to my phone, it worked seamlessly. Logitech’s proprietary LIGHTSPEED wireless has a 1 ms report rate or swap to another device, just by pushing the Bluetooth button on the keyboard. You can easily jump between the USB receiver/keyboard to another device with no delay. The box included a nifty little phone stand, and while I don’t see myself using the swap feature for anything, the phone stand is a nice addition for people who would utilize this on a regular basis. For me, I just prop my phone there so I can easily see if someone has messaged me! While I do feel like this is a neat feature, it is probably designed around a smaller audience, and inevitably led to a higher price tag. 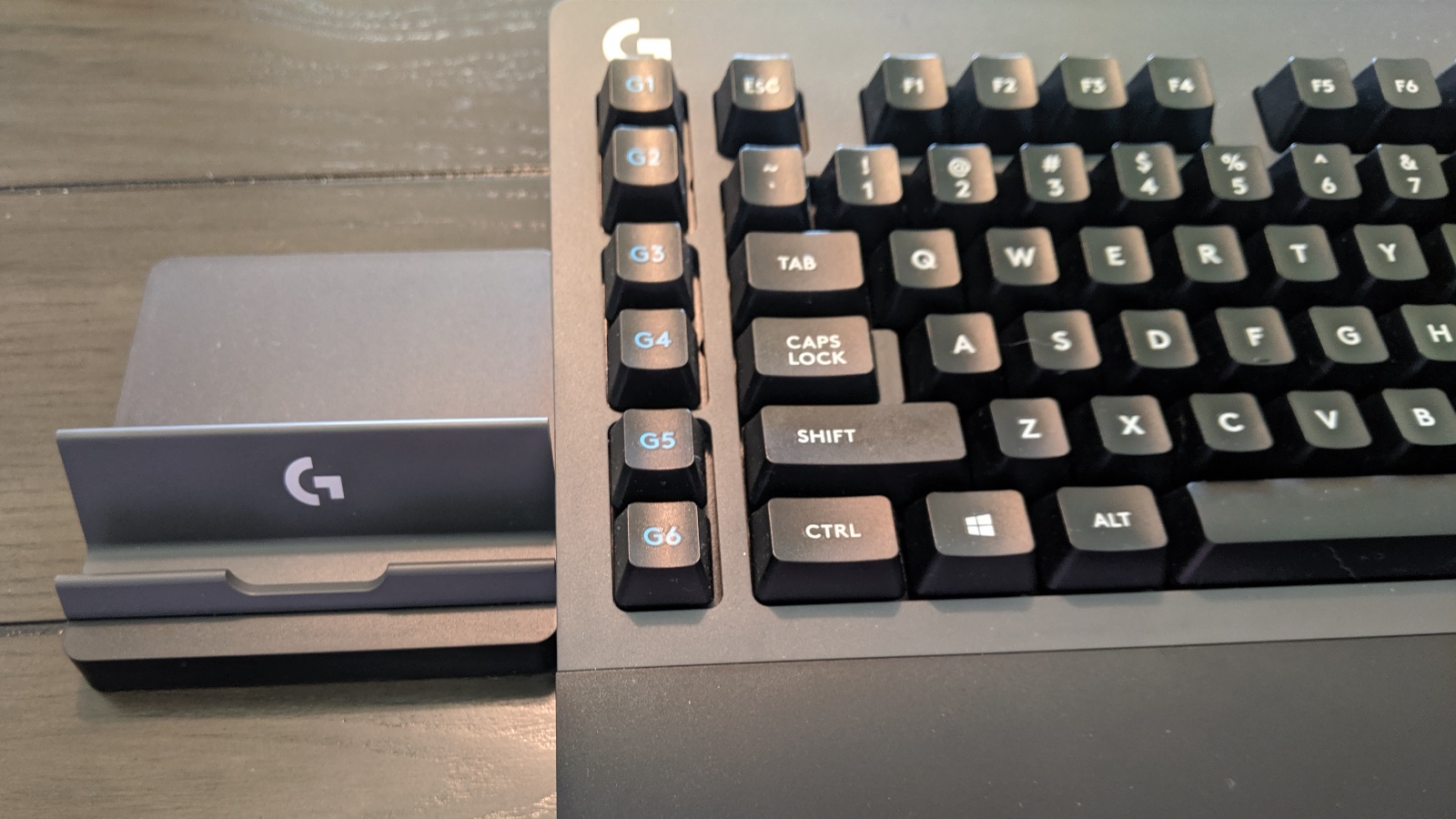 Another reason I have steered away from wireless products in the past is the battery life. But the G613 has up to 18 months of battery life on just 2 AA batteries. It will also notify you when it gets down to 15%, which means no more battery swaps mid-game. There is both a light on the physical keyboard, and a notification within the software that will pop up when it’s time for a battery change. I’ve been testing this keyboard for just about two months now, and I am still at full battery life. That right there is a huge step in the right direction for wireless gaming products.

While it is purely cosmetic, the one thing I do miss on this keyboard is the backlighting. There is something fun and exciting about creating your own customized keyboard. There is certainly nothing flashy about the G613, but it gets the job done, and that would be my only major complaint.

So far I have done end-game content in World of Warcraft, played hundreds of matches in Overwatch, clocked in quite a few hours of Elder Scrolls Online, shot a bunch of bad guys in Division 2, and built some cool structures in Conan Exiles with this keyboard, and it has performed flawlessly. In conjunction with the previously mentioned G903 mouse and PowerPlay Mat, wireless gaming has been a positive experience with these new Logitech products.

My experience with the Logitech G613 keyboard has been great. It’s the first mechanical keyboard my fast fingers have been able to precisely use, and it’s performed perfectly in every game I have played. The G-Keys, while fewer than previous models, are in a great position to easily reach for smaller hands. The Logitech G613 Wireless Mechanical Gaming Keyboard is currently selling for $149.99

Holly Hudspeth is a best-selling author living in Fort Worth, Texas. She has six published novels to date; The Skyy Huntington Series, which is an epic dark fantasy adventure, and One Small Detail, a stand-alone medieval fantasy. Holly also enjoys writing fan fiction based on her avatars from games such as EverQuest, Elder Scrolls Online, and World of Warcraft. Her first major purchase at the established age of nine was the NES, and she has been gaming ever since. She enjoys fantasy games, city builders, RPGs, MMOs, SMITE, and The Sims franchise. Most nights she is in SMITE with her husband and friends, or playing ESO. When she isn't gaming, she is probably either at Disney or planning her next trip there.
Related Articles: Hardware, Logitech G613
Share
Tweet
Share
Submit