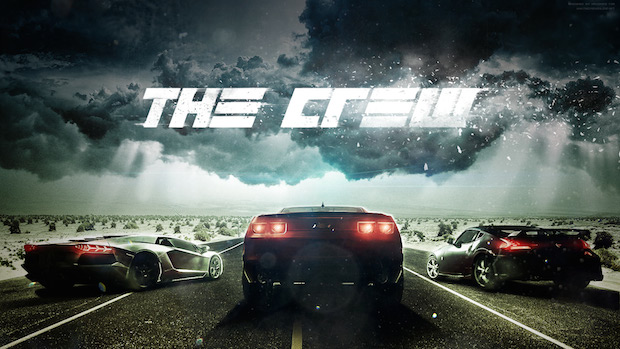 The Crew has been an interesting case throughout the lifespan of its development. To begin with, everyone positioned it ads one of the biggest racing games to release on the “future generation” of consoles. Then after a few delays and some lackluster footage being released, many began to forget about it altogether. That is, up until the most recent beta came out, one that split the video game community as it was shown both love and hate for a variety of reasons. Typically, games that go through this lifespan ending up disappointing al parties involved, could The Crew break that trend?

The Crew is set up to allow you to travel from humble beginnings in Detroit to anywhere in the United States.  While the in-game map is very large, when scaled against what it is supposed to be, it’s laughably small.  There are large swaths of the country that do not have a single road running through it.  Instead, there is just vast nothingness, spruced up with a rock or a crater every now and again.  The concept is awesome, and it’s something I think the PlayStation 4 can eventually pull off, but the outcome for The Crew is a rather empty map, filled with generic towns that don’t really do much to differentiate themselves from one another.

While it’s one thing for a design to be repetitive, it’s a whole other for that design to also be completely devoid of personality.  That is the case in The Crew.  Large city blocks that run for miles will boast the same two advertisements on every single banner, billboard, sign, and post.  Towns in two different regions of the U.S. will look indistinguishable aside from the static backgrounds that accompany each place.  Detroit, the city that start off in, is really not poorly represented in terms of style — it definitely looks and feels like Detroit.  Unfortunately, the entire rest of the United States is a thrown together mess of general guesses and repeated textures.

The cars that aren’t racers are blocky and non-detailed.  The people just kind of walk statically up and down the roads.  There are no indicators for where you are at in a given moment, aside from the general 6-8 square block area that you are in.  Everything is so generic that it is easy to get lost, or not even know where you are to begin with.

The story of The Crew is also a complete disasterpiece.  Based around a street racing and vague criminal outfit called the 510s, the story tells of a middle aged street racer named Alex who was framed for the leader of the 510s murder.  The leader of the 510s, who is also our protagonist’s brother, is slain by a shadowy figure named Shiv.  Shiv, working with a dirty agent with the FBI, has the crime pinned on Alex, and he is serving hard time for the crime as the story begins.

Alex is released from prison so that he can work with the FBI to help get the FBI Agent and Shiv in prison, working with a sassy female agent who also has a penchant for street racing for some reason.  Through a series of wisecracks and awkward female tough guy routines, she gets you ready to get back on the street and into the gang that your brother once lorded over, so that you can get her close enough to Shiv to take down the operation.  You meet a continuing list of street criminals with tough names like “Troy”, and they have you work odd jobs that are all done through races or other race-like activities to boost their own power within the gang.

The dialogue is tired, old, repetetive, and boring tropes peppered with hip, cool sayings from 2007.  All of the characters have very generic names, looks, and personalities.  The story moves so fast that there isn’t much time to feel like you’ve accomplished anything, much less to have anytime to develop in any meaningful way.  It’s always “This guy wants this money, go run this race, then go run another race, then go to St. Louis and run this third race.”  Though, don’t confuse that for this being a game full of racing — surprisingly, that’s a rare occurrence..

Similar to the story and characters, the racing mechanics feel dated as well. There are certain systems that have been introduced in racing games in the past five years that have become staples of the genre. For example, a majority of racing games now possess a rewind feature that lets you move back the past 15 seconds just in case you had a terrible wreck that lost you the entire race. This sort of feature implementation would have done wonders for the sloppy handling. One other small feature that is somehow missing is the ability to continue the story by finishing in second or third place — it’s all or nothing, here. Of course, there are always races you should have to win, but they shouldn’t all be that way. This just leads you to playing the same race over and over and finishing in second, something we got over years ago.

Handling is something you want to nail down perfectly in a racing game. It is one of the reasons why franchises like Forza and Gran Turismo have cemented themselves as the most popular racing franchises. In respectable fashion, The Crew does attempt to possess its own unique control style, with cars feeling a bit more loose than you would expect, but that does not always elicit a positive experience. The controls themselves are similar to other racing titles, gas and break on triggers, nitrous boost on X, etc.  The real difference comes when you feel your car begin to lose control in the rear of your vehicle no matter the angle of the turn you just attempted. As stated, this does give the game a unique feel and makes drifting an incredibly easy task to accomplish. Unfortunately, this makes high speed races frustratingly nerve clinching as you just hope that you do not somehow move an inch in the wrong way and send the tail end of your car in the wrong direction.

The Crew boasts a quick Co-op mode that allows you to play a mission with up to three other people in the game world.  The multi-player is hit and miss.  There are many missions in the game where having multiple players working towards the same goal is highly useful.  Raid missions where a car has to be destroyed, or a mission where you have to avoid the cops is incredible for multiple people, who can aide in your struggle against the controls.  However, the host of the mission lobby can restart the mission at any time, without any input from the other players.  Therefore, if a host player wants to win a race and can’t, he can just keep restarting the race over and over and over again until he finally wins.  That’s an incredibly lame and unfair advantage to give to someone in a game where coming in first is the only thing that matters.

One of the more unique aspects of The Crew comes in the form of the car customization. This is one of the rare instances where the execution of the concept is fairly impressive. When you choose a car, you can then pick from different classes such as street and dirt classes. Once you have made that decision, your car will be customized the fit the terrain. This customization is not just internal as it reflects on the entire body of your car. This gets even more impressive as you get to watch the game build the car from the ground up, starting with just axles and tires. From there, you unlock a variety of parts that upgrade your car level. This integrates a RPG aspect into The Crew. Leveling up your car works well and increases your odds of winning races, but it also lacks a certain stylistic appeal that makes it feel really important. It is also very hard to comprehend with a tough UI to navigate a ton of car jargon that people only familiar to gearheads would understand. Overall, the unique creation system works, but it does leave a little to be desired.

The Crew is a game filled with missed opportunities and unfulfilled potential. The promises hammered upon during development fell short in almost every way, with the exception of the car creation. On top of that, the story found within The Crew is embarrassing and provides more laughs than it does drama. Ubisoft took a huge swing and missed by a car length, it is time for them to put The Crew back in the garage for an overhaul.

Patrick Rost has been with Gaming Trend since 2013. At first focused on sports coverage, Patrick has gone on to cover a wide range of games and other products for the website. Outside of Gaming Trend, Patrick writes and records music, grinds perpetually in Elder Scrolls Online (PS4), and lives day to day with his two dogs, Bob and Stella.
Related Articles: The Crew
Share
Tweet
Share
Submit