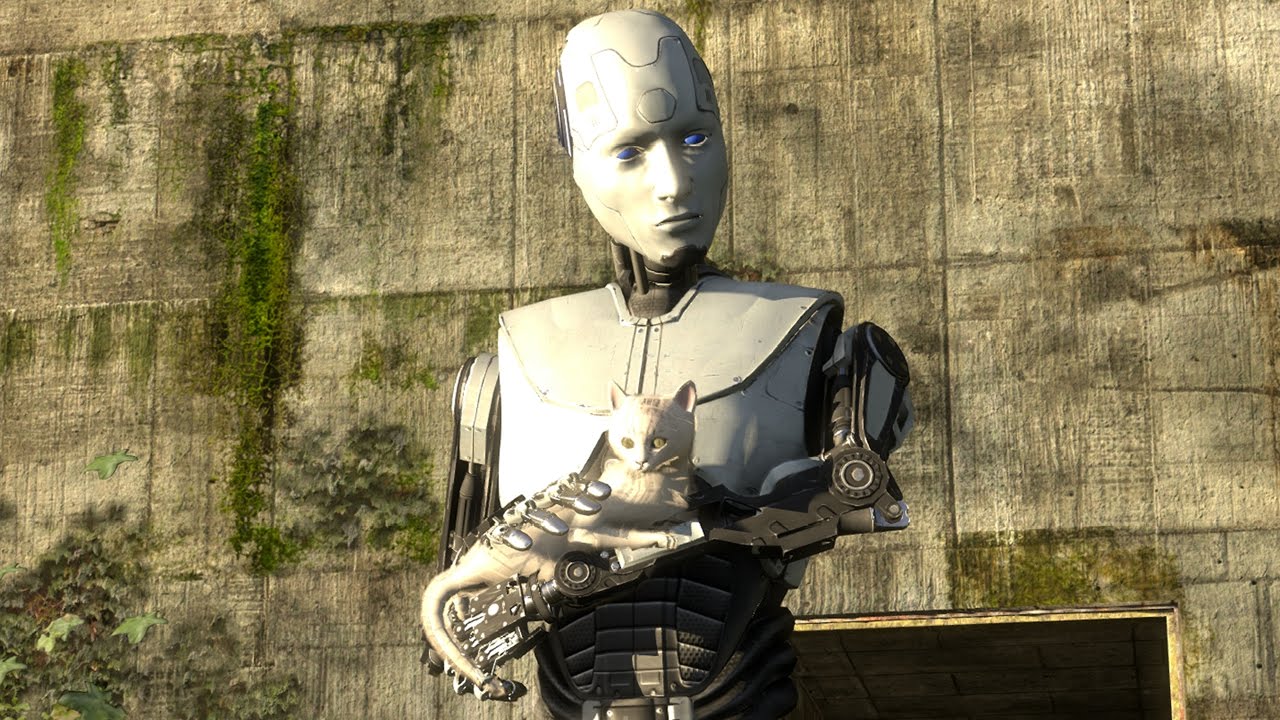 Never has a game made me question my own existence.

Now, it wasn’t anything so grandiose as me wondering if I’m even real (or, what if, like, we’re all just someone’s dream, man?). I know I’m real. I’m typing these words onto the page, the words are given meaning by their context, and those words get beamed onto a computer screen for your enjoyment. For me, that’s what reality is: the essence of being alive and experiencing glorious high-points and staggering lows, of learning new things and meeting and working with fantastic (and some less than fantastic) people. Whether that’s actually real in the definition of the word (i.e., are we actually living in the Matrix right now?) doesn’t matter, because my perception of reality is real to me.

But what The Talos Principle did was make me reflect on the things I value, the views I have on the world, and question them. For the first time ever in my existence as a person who plays and discusses video games, an interactive experience has caused me to doubt. To wonder if those things that I believe in are as important as I think they are. To pontificate on the wondrous uselessness and futility of existence. The Talos Principle is a Socratic dialog, told through the language of video games.

The Talos Principle is filled with classic architecture and art, but the real question is: Why?

As I explored the world of The Talos Principle, klaxons blared in my head. Why is this world so barren and lifeless, and yet so full of different and varied puzzles? Who is this god-like Elohim, where is his booming and mysterious voice coming from, and why did he create this random collection of progressively difficult brain teasers for me to solve? Is there a way out? Do I even want to find a way out? Is there a reward for solving these things? Or am I like Sisyphus, doomed to push a metaphorical rock up a hill with no chance for salvation at the end?

This off kilter feeling is actualized through the audio logs and computer archives I stumbled across. There are hints of a great calamity that befell the Earth, long ago. Inklings of a grand experiment destined to save the last spark of humanity. Some findings are filled with random blog posts, others with musings from philosophers like Kant or Socrates, but each one is equally important in fleshing out The Talos Principle’s weird, glitched-out world. In fact, it’s almost like a “greatest hits” collection of humanity. You get deep thoughts from established writers all the way down to chat room logs of nerds talking about what aliens would think of our video games. But each one, disparate though it may seem, ties back into the whole of the game’s narrative: What does it mean to be this unique identity that we call “human?”

And then there’s the ghost in the machine; the “serpent” as Elohim calls him. You’ll meet him in the computer as you solve puzzles, and you’ll debate the finer metaphysical points of what existence means, or what qualification it takes to “be” a person. For every argument you have, he has an equally valid counterargument ready to poke holes in your dialectic. Mentally sparring with these white letters on a black computer screen has been one of the most exciting moments I’ve ever had in a video game. I never felt that I truly had a handle on my own reasoning, and I was always filled with doubt about my responses. “Should I have said the other thing? That would have made more sense, wouldn’t it?” It’s the first time I’ve ever felt truly outsmarted by a video game — well, in a way that didn’t involve hitting a gameplay brick wall, anyway.

The puzzles are consistently challenging, never unfair, and always satisfying.

It’s a game that always feels like it’s five steps ahead of you. When you’re not turned into a puddle of metaphysical goo by a computer, The Talos Principle’s puzzles (which make up the majority of the game’s activities) will constantly keep you guessing. Like all the best puzzle games (Portal comes to mind), The Talos Principle starts small, first introducing you to forcefields and jammers. Place a jammer, forcefield opens up. Then, claim your prize — most of the time it’ll be a tetromino piece you’ll use to unlock some new mechanic or open up a whole new wing filled with puzzle rooms. “This isn’t so bad,” you’ll say to yourself. “I got this.”

Then, things get complicated.

You’re quickly introduced to new tools to mess with: lasers that can be bounced and guided around with refractors, fans that will blow items (and you) clear across a room, a time manipulation device that will record and then display a double of your actions, and more. It’s incredibly intimidating, especially when multiple pieces are stacked on top of each other, and the difficulty ramps up considerably after the first couple of puzzle rooms.

Even more maddening, The Talos Principle loves to play with your head. Many puzzles are filled with red herrings — an inconsequential forcefield, or a gate opener that isn’t necessary to nabbing that coveted tetromino piece. Many times you’ll be required to stop, take a step back, and completely rethink how you approach each situation. You might be thinking on a two-dimensional plane, when you really need to think up and over it — or, approach it fourth-dimensionally by messing with time.

Watch out for turrets and automated drones — they’ll send you right back to the start of whatever challenge you’re working on.

In any other puzzle game, this would be highly frustrating, as you inevitably hit a wall and your momentum comes to a crashing halt. But there’s something about The Talos Principle that encourages you to stop and enjoy each conundrum at your own pace. Maybe it’s the soothing soundtrack. Maybe it’s because The Talos Principle lets you tackle each of its brilliant and varied puzzles at your own pace, in any order, so long as you’ve got enough tetrominoes to unlock the next area. Or maybe it’s even the very contemplative nature of the game itself that makes it so approachable. I mean, this entire world was created just for you, so why not walk around its breathtaking vistas and enjoy it when you feel stuck?

When you do solve a puzzle, is it ever gratifying. The solutions never feel unfair, and many times it feels like you’re pulling a fast one over on the developers; a small, brief chance to outsmart them at their own game. And between the dozens of main challenges, the bonus collectibles, the notes left behind by the other people who’ve inhabited this space, the hidden messages and Easter eggs, there is always some new and exciting layer to peel back. Each revelation beholds even more mystery to unfold, and by the time I made it to the end, the journey I took became the culmination of so much more than simply solving a few brain stumpers.

I still can’t believe what the developers behind Serious Sam were able to do here. There’s a genius to its challenges and a marriage of level design and concept that is so hard to get right, and it’s just so wonderfully executed here. There’s even a level of restraint in its storytelling that prevents it from coming off as pretentious, or heavy-handed, or obtuse, or obvious, or stupid, or so many other things that could have derailed the narrative it was trying to tell. For a game about computers and artificial intelligence, for all its posturing as a cold, digitized world filled with lifeless obstacles, The Talos Principle is perhaps the most human game I’ve ever played.

The Talos Principle is one of the most brilliant and engaging puzzle games ever made, with a fantastic and contemplative story that isn't afraid to ask difficult questions. It's a masterpiece.