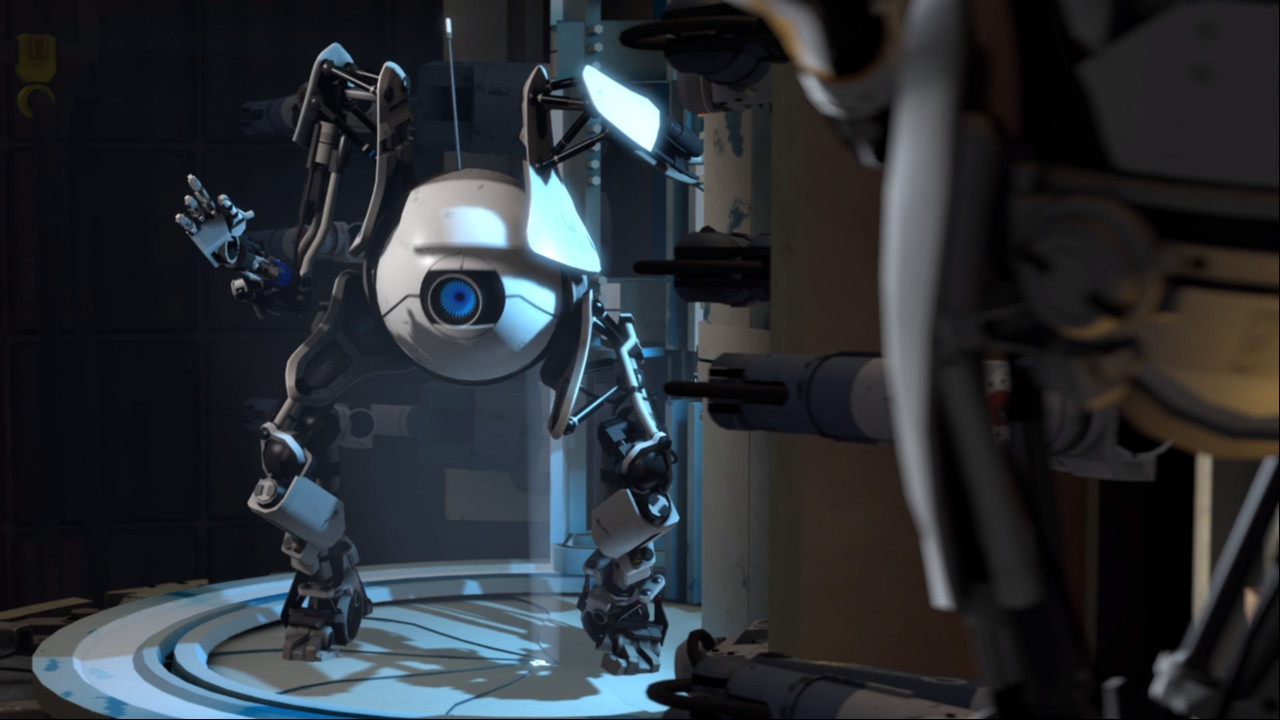 Portal Companion Collection review — This was a triumph

You already know Portal and Portal 2 are two of the best games ever made. Heck, you probably know the phrase “the cake is a lie” even if you’ve been living under a rock. The impact Valve has made here can be felt throughout the entire game industry and some of the culture at large. It was a nice surprise then to see a collection of the two games release on Switch, especially seeing as Nintendo fans missed out on the originals. So, does Portal hold up? Or should the cake have remained a fabrication?

If you are somehow unfamiliar, Portal is a first person puzzle game in which you complete test chambers in the Aperture Science facility using a gun that allows you to connect two points in space. Simply shoot one color at a white surface then the opposing color at another and presto – you can walk through one and out the other. It’s a very simple concept and only takes a few seconds to understand, but there are infinitely creative ways to use it; so much so that I think even with two full games Valve has only scratched the surface. One of the most common things you’ll be doing with portals is making speedy thing go in so speedy thing come out, for example setting up an infinite fall so you can gain momentum, then launching yourself by moving one of the portals somewhere else. The puzzles increase in complexity as you go, especially in 2’s multiplayer, but that incredibly satisfying “aha!” moment is never too far around the next corner.

Portal 1 mostly has you moving yourself, cubes, and deadly turrets through portals but 2 ups the ante with lasers, light bridges, bouncy goo, and more. Playing one after the other feels like a natural progression, emphasized by the sequel’s first few puzzles taking place in the same starting area as the original, though now in ruins. The story and humor are likewise a huge step up, getting to “The Part Where He Kills You” never fails to get a laugh out of me, and even then, the first is still absolutely hilarious. Even after hearing these lines repeated ad nauseum over the years, experiencing them in context again feels just like the first time. Frankly, the fact that you get both for only $20 on the eShop makes this one of the best deals in gaming.

So, if the games themselves have aged like fine wine, how do they play on Switch? Well, I’m glad you asked me, because it’s better than ever before on console! In single player, both games run at a flawless 60 frames per second, with 2’s co-op mode decreasing that to 30 if you’re both on the same system. In addition to including all released content such as the developer commentary, bonus levels, and ads and trailers, both games include optional motion aiming and full button remapping. I did find the default layout a little weird, with A being jump and X being interact, but a single trip to the menu sorted that out. It did take a few more trips to get the motion controls to feel just right, but once I did it felt like I had just as much range and precision as a mouse and keyboard – which is saying something because I’ve played both several times on PC.

As close to perfection as these games are, they do have a few issues and by a few I mean two. Portal 2 has a LOT of loading screens, between almost every test chamber, and they really bog down the pace. They’re not terribly long on Switch, but not as fast as I would like given how many there are. It was an understandable concession back on PS3 and Xbox 360, but playing this right alongside Xenoblade Chronicles 3, which has very short load times between massive open world areas, it can feel a little frustrating.

My other issue is also within Portal 2, (so I guess that makes the first game flawless) and it’s the fact that online multiplayer no longer has cross play. Back when I first bought the game on PS3, a physical copy came with a digital download code on Steam. In addition to hooking my young, impressionable mind onto PC gaming, logging into my new Steam account on PS3 allowed me to play online with friends regardless of platform. That particular feature hasn’t been supported in quite some time given we’re two console generations away from then, but it’s sad not to see it return here. Playing through these games again was a joy, and giving PC players a reason to go back might have reinvigorated the player base, and thus given Switch players more possible co-op partners. It’s not a dealbreaker by any means, and you have options like local wireless to make up for it, but it’s disappointing nonetheless. It just would have been super cool to play on Switch along with a friend on Steam Deck.

Portal Companion Collection review — This was a triumph

Portal and Portal 2 are like a magic trick you’ll never figure out or a joke that doesn’t get old. The duology is just as fun and fresh now as they were when they were first released, perhaps even better. They run flawlessly on Switch and control impeccably with the addition of gyro aiming, so the Portal Companion Collection is well worth it whether this is your first time or your thirtieth.

David is the kind of person to wear his heart on his sleeve. He can find positives in anything, like this is a person who loved Star Fox Zero to death. You’ll see him playing all kinds of games: AAAs, Indies, game jam games, games of all genres, and writing about them! Here. On this website. When not writing or playing games, you can find David making music, games, or enjoying a good book. David’s favorite games include NieR: Automata, Mother 3, and Gravity Rush.
Related Articles: Portal Companion Collection
Share
Tweet
Share
Submit