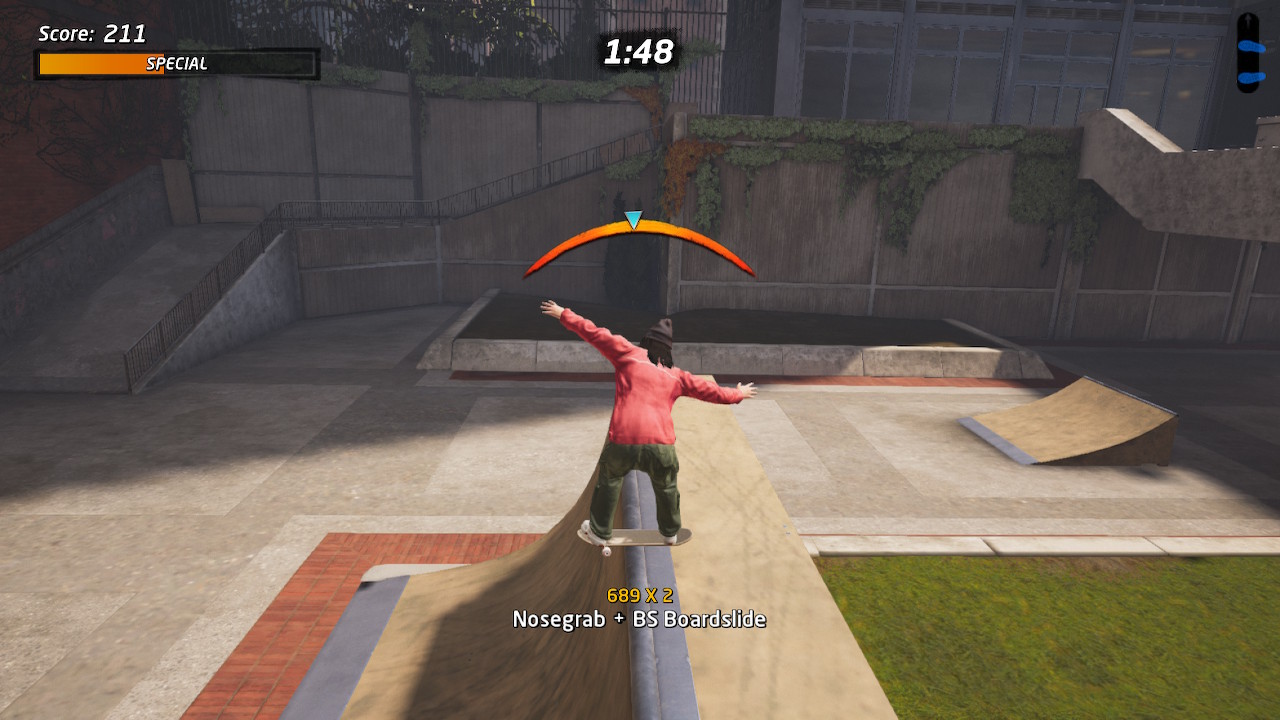 I adored the remake of Tony Hawk’s Pro Skater 1 and 2 last year on PS4. On top of being gorgeous, it revived the fun, arcade extreme sports gameplay that I loved from the series in my childhood. It seems like the Birdman is here to stay, because the title received a paid next-gen upgrade and now a Switch release. Now, I’ve played a lot of Switch ports, ranging from horrendous piles of garbage to surprisingly comparable to their more powerful console counterparts. Pro Skater 1 and 2, to my delight, falls into the latter category.

On PS4, the game ran at a steady 30 frames per second while the Series X and PS5 upgrades target 60. The Switch version is similarly stable to the PS4 version, though it manages that with significantly downgraded visuals. Looking at the screenshots and gameplay video, it’s not exactly pretty anymore. In Downhill Jam, the yellow pipes you can grind on have lost a lot of detail and the graffiti on the walls is very pixelated. I know I’ve said this in my reviews of other Switch ports, but the amount of downgrades needed makes me wish for a PS1 graphics mode. It would be a nice option to just make things a little less muddy.

Loading times have also suffered in the transition. They were already of a noticeable length but playing on Switch with the game on an SD card this increases by a few seconds. It’s not ideal for portable play, but once you get into a level for the two minute runs you won’t have to load unless you exit to the main menu or select another level. It’s not unbearable or anything, but it’s worth noting as someone with a lot of playtime on PS4.

With the visual downgrades and longer loads, portable mode is where this version shines. Simply put, it’s cool to have a console level Tony Hawk game to take on the go when in the past we’ve had spinoffs or 2D recreations. This isn’t the first time this has happened, the NGage had a complete version of the first game if anyone remembers that phone/console, but this is certainly the most accessible version. The uglier visuals are less noticeable on the smaller screen and the joycons make performing reverts and tricks feel snappy. Touchscreen support has even been added for menu navigation, which is a great touch (pun intended). 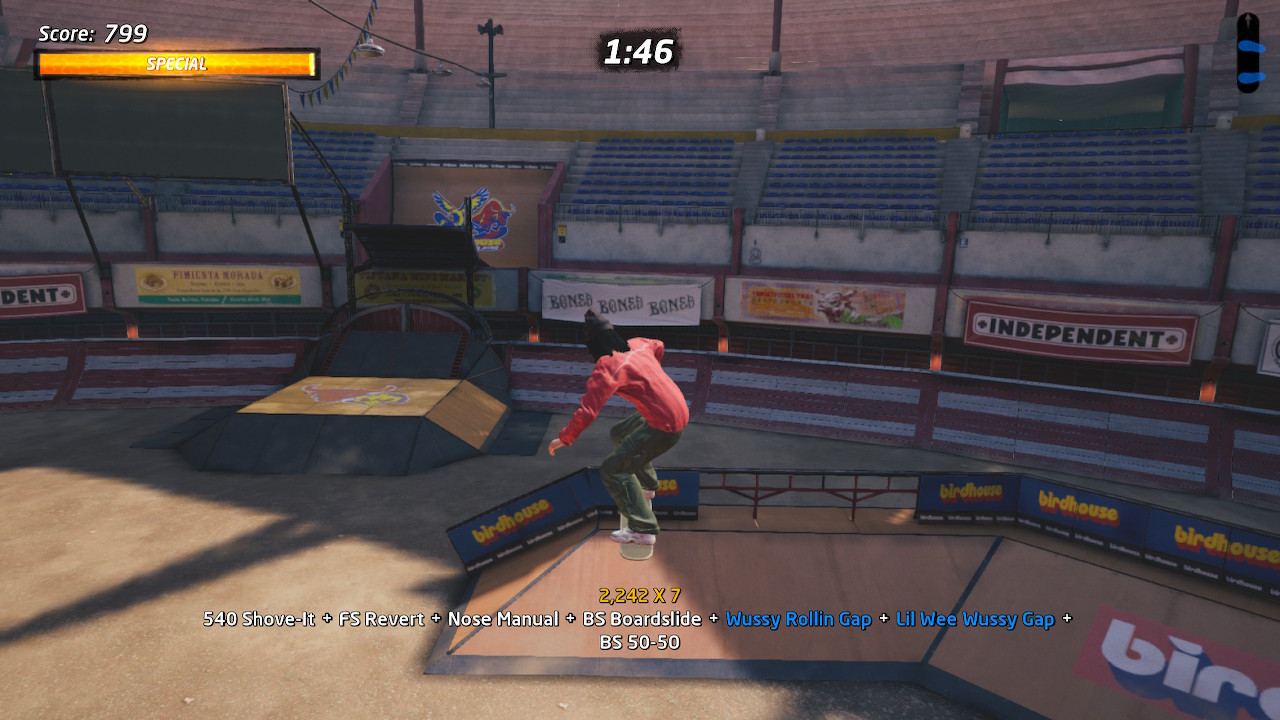 Other than those slight differences, this is exactly the same game as on other consoles and PC. All the levels, gear, multiplayer modes (with a local wireless mode added which I could not test), licensed songs, unlockable skaters, and even the park creator mode are here. Personally, I’ll probably stick with the PS4/5 versions since most of my stuff is unlocked on there, but it’s hard to go wrong with this port.

If you want a portable Tony Hawk game, this is the best one yet. Despite the huge decrease in visual fidelity, Tony Hawk’s Pro Skater 1 + 2 is just as fun as it is on other consoles.

David is the kind of person to wear his heart on his sleeve. He can find positives in anything, like this is a person who loved Star Fox Zero to death. You’ll see him playing all kinds of games: AAAs, Indies, game jam games, games of all genres, and writing about them! Here. On this website. When not writing or playing games, you can find David making music, games, or enjoying a good book. David’s favorite games include NieR: Automata, Mother 3, and Gravity Rush.
Related Articles: Tony Hawk's Pro Skater 1 + 2
Share
Tweet
Share
Submit