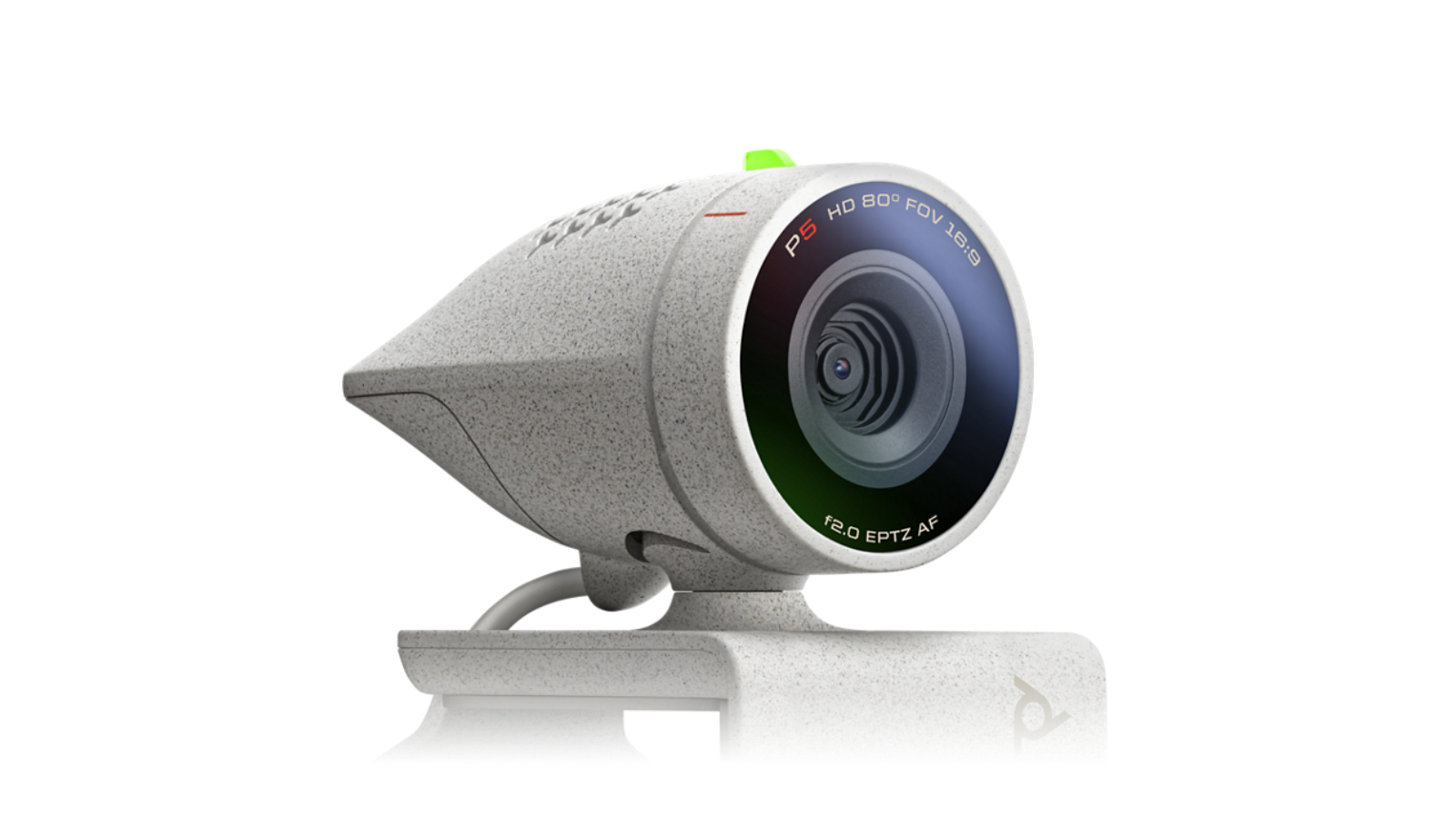 At this point, despite what the mainstream media would suggest, the world has settled into a work from home mode. Zoom, Teams, Discord – whatever your poison, we are meeting with people across the globe. Once we get past the game show wheel of “Can you hear me?”, “You are on mute”, “Sorry I was late”, and “Jim, please mute – you’re echoing” we can get a lot done in this new mode, but there’s one thing that’s constant – potato cam. As Sally gives her important presentation on the future of your company, all we can see is Bob’s tiling jerky camera. It’s not his fault, really – he’s got a high-end gaming laptop with a shoddy 1 Megapixel integrated camera. It’s time for an upgrade.

If you’ve worked in an office space in the last decade you’ve heard of Polycom; their name is likely on the conference room phone, they power your headset, they might even be the minds behind your desk phone. Now they are branching out into the consumer market with a solution for poor old Bob, but one that just might be your next streaming solution. Let’s unpack the Poly Studio P5.

Clad all in white, the Poly Studio P5 is a simple looking device. Its teardrop shape hides a handful of useful features, as well as a remarkably clear 1080p lens with a 4X digital zoom and low-light compensation, gleaned from decades of high-end video conference technology. Also tucked into this little device is a directional microphone as well as a physical privacy shutter – no more cheap little sliders from Amazon.

Tucked behind the bottom of the wire in the back is a small compartment. While there’s nothing in there out of the box, it provides a USB-A port that you can use with any USB device. Obviously having a second cable hanging out of the back is suboptimal, but in a pinch on a laptop with limited options, this pass-through can be useful with any number of devices, though obviously a wireless mouse or headset is the intended idea. I don’t have any to test it with, but the literature says it’ll work with wireless Polycom headsets – no surprise there. Time to plug it in and see how it performs.

I installed the Poly Desktop software, and after a quick firmware update and a software reboot, I should have been ready to use the Poly Studio P5. Unfortunately I ran into an issue where Windows 10 reported that the device was already in use and couldn’t be accessed. Working through the various applications that could be using it (e.g. Zoom, Teams, Discord, etc.) I shut each down one by one at their process level, but could not get the camera to release. Ultimately a trip to the support forums revealed that there is some sort of conflict with this device and the virtual camera driver for OBS. Disabling this driver and rebooting the camera allowed it to release and it was off to the races. I have yet to use this virtual device in OBS, and capture worked fine, so it’s unclear what long-term effect this might have, but at least we were in business. Let’s test!

It’s one thing to say the device provides solid audio and video, but this is one of those things you just have to show, so let’s do precisely that.

As you can see and hear, the Poly Studio P5 delivers a crisp image and clear audio. Right out of the box, most of the settings are already dialed in – something I can’t say for nearly any other camera as most of them look washed out or far too harsh right at defaults values. Using the Poly Desktop software, the values are easily adjusted. If you have several pre-sets you like, perhaps for different times of day or different lighting conditions, you can save those for ease of use as well.

The default audio, much like the video, is decent, but could use adjustment. In OBS I am able to add a simple de-noise pass, making this $79.99 webcam sound almost as good as my $149 Razer Seiren X, which is fantastic for streaming. Thankfully the directional microphone is discreet enough to capture my voice cleanly, but nobody was able to hear the neighbor dogs yapping up a storm. Ask not for whom the dog barks – he barks for thee!

For office environment use, Zoom offers some tweaks that you can use for cleaning up audio, as does Teams. Discord offers many more options, allowing far more granular control over your audio experience. Third party utilities can pass through some of the same filtering goodness to ensure the microphone sounds as good as possible. That’s a bit beyond the scope of this review, but know that it is possible.

One of my favorite features for the Poly Studio P5 is the privacy shutter. A small dial on the front can be twisted, opening a dilating circle privacy filter (the kind you saw in the tunnels in the Aliens movies). Once it clicks into position a small light on top goes from a clear color to green to let you know that you are live and ready for your close up. This physical switch can’t be actuated with software, so you know it’s safe from prying eyes, even if your computer were to somehow become compromised.

There are a lot of camera options out there, and most of them offer less features for more money. Polycom strikes the right balance with the Poly Studio P5, offering up an excellent price to value proposition. The only mar, of course, being the OBS virtual device conflict, but at least that’s manageable. I’m not sure if it will ultimately be solved by a firmware update, or if OBS could break it again on their next update, so I can’t quite put it out of my mind, but at least it’s easy to fix. In the meantime, I’m going to enjoy a far better webcam than this device has any right to be at this price point.

With excellent video capabilities, and solid audio (after a little boost), the P5 is an excellent choice at an even better price.

Ron Burke is the Editor in Chief for Gaming Trend. Currently living in Fort Worth, Texas, Ron is an old-school gamer who enjoys CRPGs, action/adventure, platformers, music games, and has recently gotten into tabletop gaming. Ron is also a fourth degree black belt, with a Master's rank in Matsumura Seito Shōrin-ryū, Moo Duk Kwan Tang Soo Do, Universal Tang Soo Do Alliance, and International Tang Soo Do Federation. He also holds ranks in several other styles in his search to be a well-rounded fighter. Ron has been married to Gaming Trend Editor, Laura Burke, for 21 years. They have three dogs - Pazuzu (Irish Terrier), Atë, and Calliope (both Australian Kelpie/Pit Bull mixes).
Related Articles: Hardware, Poly Studio P5 webcam
Share
Tweet
Share
Submit