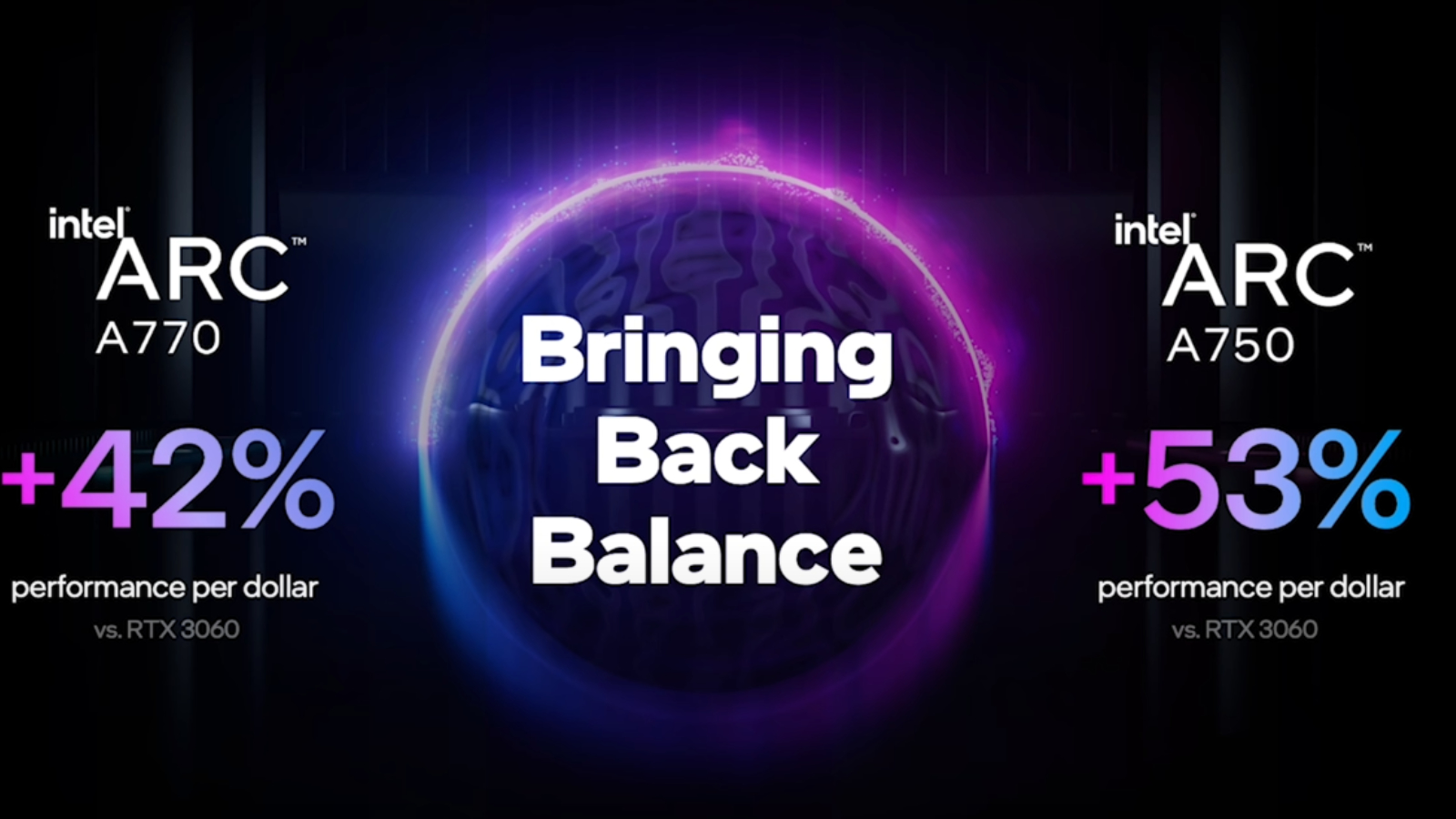 While there is a lot of attention on the 4000 series cards from NVIDIA, they are far from the only game in town.  Intel is gearing up for a launch of their own — their Arc graphics cards, and they’ve not only announced  release window, but also pricing and some early specs on those cards.  Let’s dig in before we get to this extensive video:

The Arc A770 Limited Edition 16GB card will cost $349, 8GB starting at $329
The Arc A750 Limited Edition starts at $289
Compared to an RTX 3060 average price of $418, the Arc A770 and Arc A750 provide 42% and 53% more performance-per-dollar respectively
Performance data of A750 and A770 compared to RTX 3060 in 1440p titles
Game bundle availability of Call of Duty: Modern Warfare 2 with purchase of an Arc 700 series GPU
Three additional games of Batman Gotham Knights, Ghostbuster Spirits Unleashed and The Settlers also can be claimed A700 series purchasers by signing up at Intel Gaming Access

The Arc cards are said to perform around the RTX 3060 mark, and they’ve clearly got aggressive pricing to match.  If you aren’t holding onto over a grand for a GPU, this could be your alternative.   Providing upwards of 53% more power than the aforementioned 3060, these cards are priced at  $289 and $329, with both being available on October 12th.

I’m honestly surprised at how refreshing it is to hear two incredibly intelligent engineers talk about their hardware in a realistic fashion.  In the video they showcase areas where maybe they didn’t beat their competition, and that’s perfectly fine given the aggressive pricing.

There’s also some great giveaway goodness in this video, so you might want to “stay a while, and listen”.

Could Intel disrupt this entire market?  If anyone can it’s them, and they seem to have a good path to doing exactly that.   With such features as resizable BAR,  We are looking to lay hands on the Arc units ourselves — we will keep you posted, and happily review their performance should we receive one.

What about you?  Are you in the market for a new GPU?  Let us know in our Discord where you find yourself in all this.