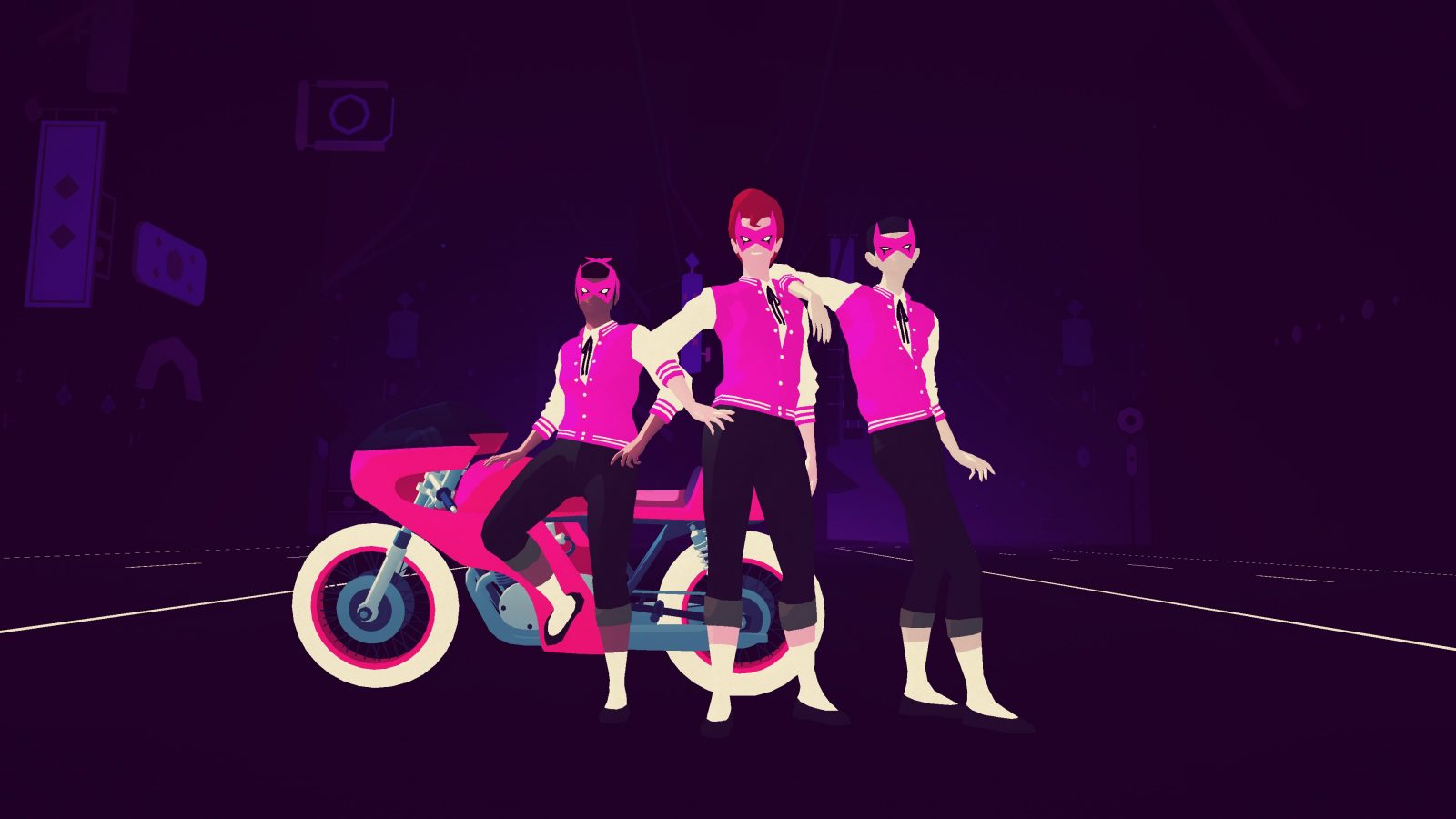 Sayonara Wild Hearts has no interest in taking it slow. From the moment you press play, the game is charging ahead at full speed and it expects you to keep up. You’re thrust into the driver’s seat flying down a synesthetic highway picking up the pieces figuratively and narratively. At its heart, Sayonara is a game about coming to grips with yourself as you attempt to reforge your broken heart. On its face, though, the game is a fast paced musical experience that asks you to play through feel as much as through precise, measured actions.

Through Sayonara’s 23 levels you’ll be tasked with an ever changing suite of gameplay styles, and it never pauses to introduce the action on screen. While you’re essentially always hurtling forward and collecting hearts to increase your score and earn a bronze, silver, or gold rank, you might be riding a motorcycle and having a sword battle, drifting down the highway in a muscle car, or flying and painting targets Rez-style. Each coming with a unique twist on the mechanics. 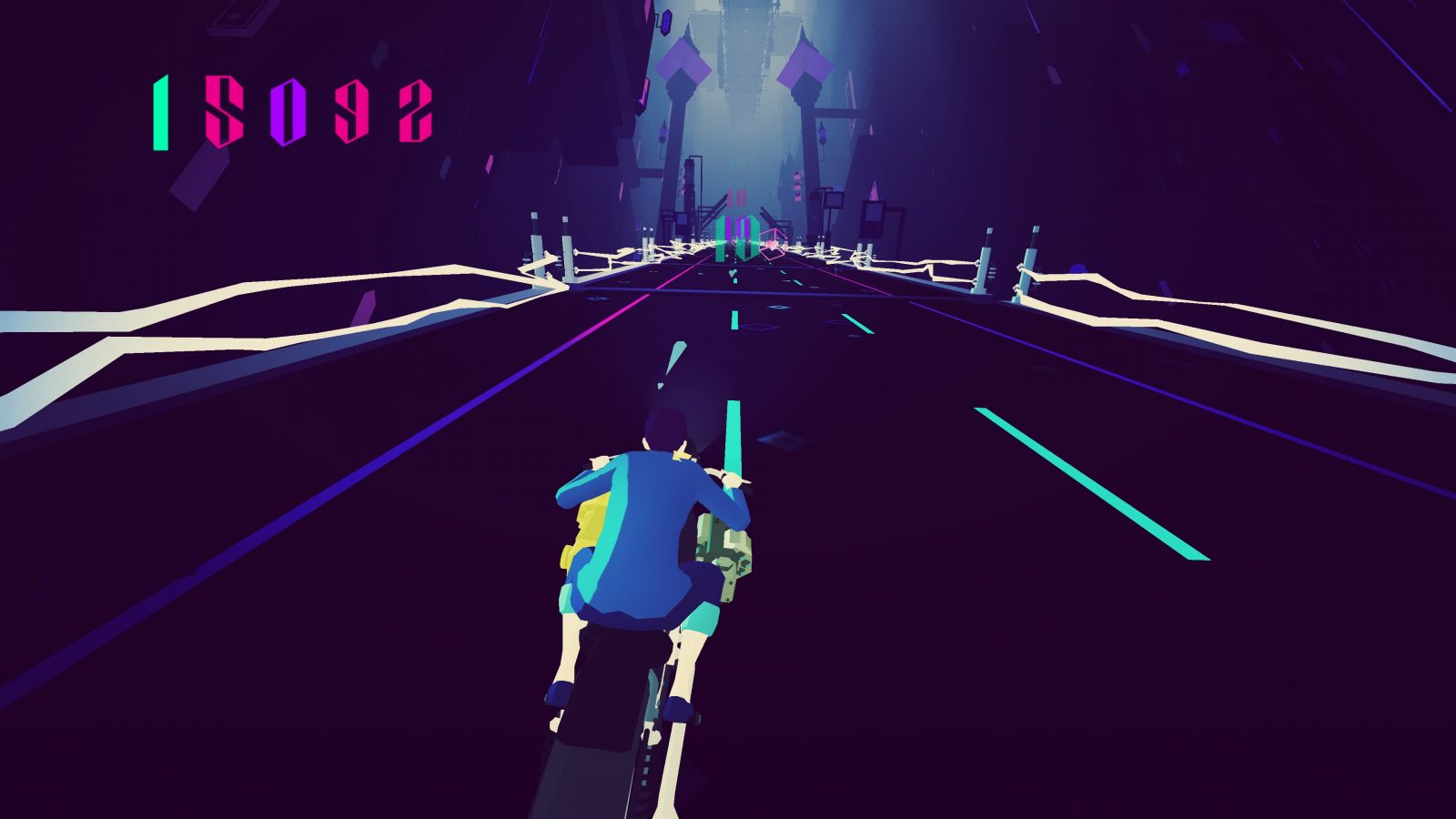 Speaking of Rez, its inspirations from that game are clear, but Sayonara does anything but rest on its laurels and deliver a game that is simply Rez-like. It rather iterates on that template in inventive ways. The electronic-pop soundtrack excellently complements the frenetic, neon visuals. Navigating through these environments is intuitive—if rather shallow—as you weave between varied gameplay styles on the fly. Nothing in this game sits still for long, and I didn’t want to put the controller down from the first beat until the credits rolled some 45 minutes later.

Each level is appropriately treated as a new track on one continuous album. That album is cohesive in its aesthetic as it jumps from forest to city to desert to more abstract music visualizers. The story of this girl coming to grips with her identity runs through each level and keeps these disparate elements consistent. It’s impressive how successfully it manages to marry story with the trippy visuals and pulsing beats. It not only manages to do that but had me wanting to come back for more to reach the coveted gold ranks on each level.

Your mileage may vary depending on how this particular brand of hyper-active pop music speaks to you, but if you enjoy that as much as I did, then the game can really begin to open up. I white-knuckled my way through a single playthrough, breathlessly clicking into one track after the next, but after seeing the credits, there is plenty to keep you busy: mastering those tracks, playing through the continuous album arcade mode, or unlocking the various zodiac riddles. 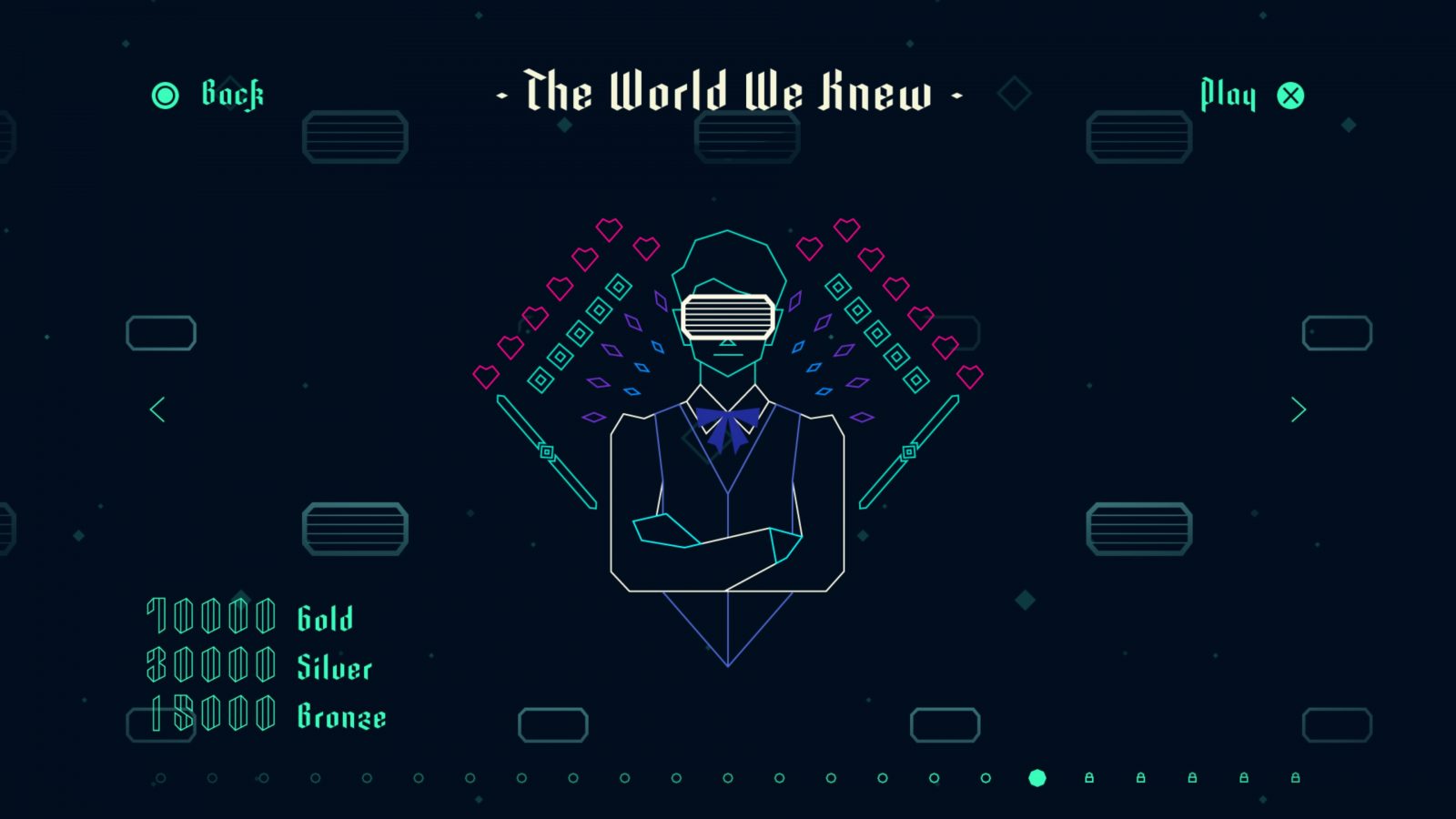 Long after I had seen the conclusion to the story, what truly sets apart Sayonara—and the reason it should not be missed—is the music and the experience of playing alongside it. I might not listen to this soundtrack on its own and I might not have had the best time with the gameplay if the soundtrack was removed, but taken as a whole, Sayonara Wild Hearts put me in a warm trance, bopping along to the music as the visuals became a blur in my peripheral. It is a music game less interested in making me prove I can keep rhythm, and instead making me feel the music more deeply. Its depth doesn’t come from any one aspect of the game, but rather from the culmination of all those aspects working in tandem.

Sayonara is an experience first and game second, so it is not one that should be played if you are only interested in the high scores, but if you take the game as a whole, then it can be deeply rewarding.

Nathan lives in Colorado catching Pokemon on the Go and at home. He previously spent three months interning for Game Informer before coming back to Gaming Trend to spread the good word on video games. His real passion, though, is collecting different versions of the 3DS and other weird Nintendo garbage. It's a never-ending quest for less space in his house.
Related Articles: Sayonara Wild Hearts
Share
Tweet
Share
Submit