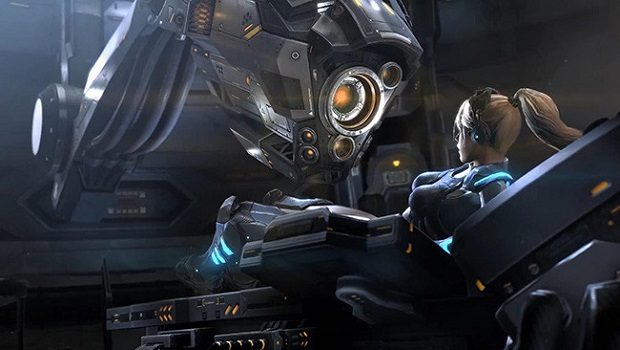 The story of StarCraft’s stealthy and stylish covert operative, Nova, continues in the second batch of new single-player downloadable missions for StarCraft 2 released by Blizzard. The newest missions pick up where the first three began, with Nova continuing to uncover why she’s missing her memories and attempting to stymie a resurgence of attacks by Zerg forces.

I have to admit that I went into these new missions with a deflated sense of anticipation compared to the first set of missions. When the first missions came out , I was still feeling a high from the fantastic StarCraft 2: Legacy of the Void campaign and possessed an appetite for more. I did enjoy my time with the first three missions, and seeing as how Nova is one of the more compelling characters in the StarCraft universe, I didn’t mind delving deeper into her story at the time. The problem now is that too many months have passed since I played through these missions and I only broadly recall what happened with the story.  I feel disconnected.

The game’s pillars hold up pretty well despite the less than ideal pacing of the content releases. There seem to be more cut scenes packaged with the gameplay in these missions and they continue to be excellent, with high-quality visuals and great voice acting carrying them along. Indeed, while StarCraft 2’s core gameplay has not evolved much over the years, you can always count on the cut scenes of any Blizzard game to be worth the price of admission. Another draw of returning to the StarCraft universe is the soundtrack. Blizzard has been producing new music for the Nova Covert Ops missions and it’s the perfect companion for the tone of the game, which is steeped in science, technology, and political intrigue.

The mission structure sticks to the traditional style more closely this time around, with a lot more base building and less gameplay tailored to Nova as a solo character. Because of that, these new missions lose some of the unique qualities the last missions featured like the sequence where you’re driving a vulture down a highway in side-scroller fashion.  You continue to have the ability to customize Nova and your Terran unit abilities between missions which add some needed depth, although more often than not my winning came from producing a massive army rather than being strategic with my ability selection.

The Nova Covert Ops DLC is a strange proposition, much like the original proposition of StarCraft 2’s campaign being divvied up into three separate releases for each race, with years of time in between.  It just doesn’t make a lot of sense to release these mission packs, which offer about 2-3 hours of gameplay, so far apart from each other. It gives us too much time to lose interest. In another handful of months we’ll get the last three missions – that’s when it makes the most sense to jump in and experience Nova’s story as a whole.

While I applaud Blizzard’s effort to provide fans of the StarCraft 2 campaign a reason to jump back in, the large amount of time between each mission pack’s release is a massive buzzkill. The gameplay is a bit stale at this point, and this second mission pack is less adventurous than the first, but the cut scenes and soundtrack are still phenomenal and almost alone worth the price of entry. I recommend Nova Covert OPS DLC 2 to only the most ardent of fans, but otherwise urge you to wait until all three mission packs are available before deciding to jump back in.