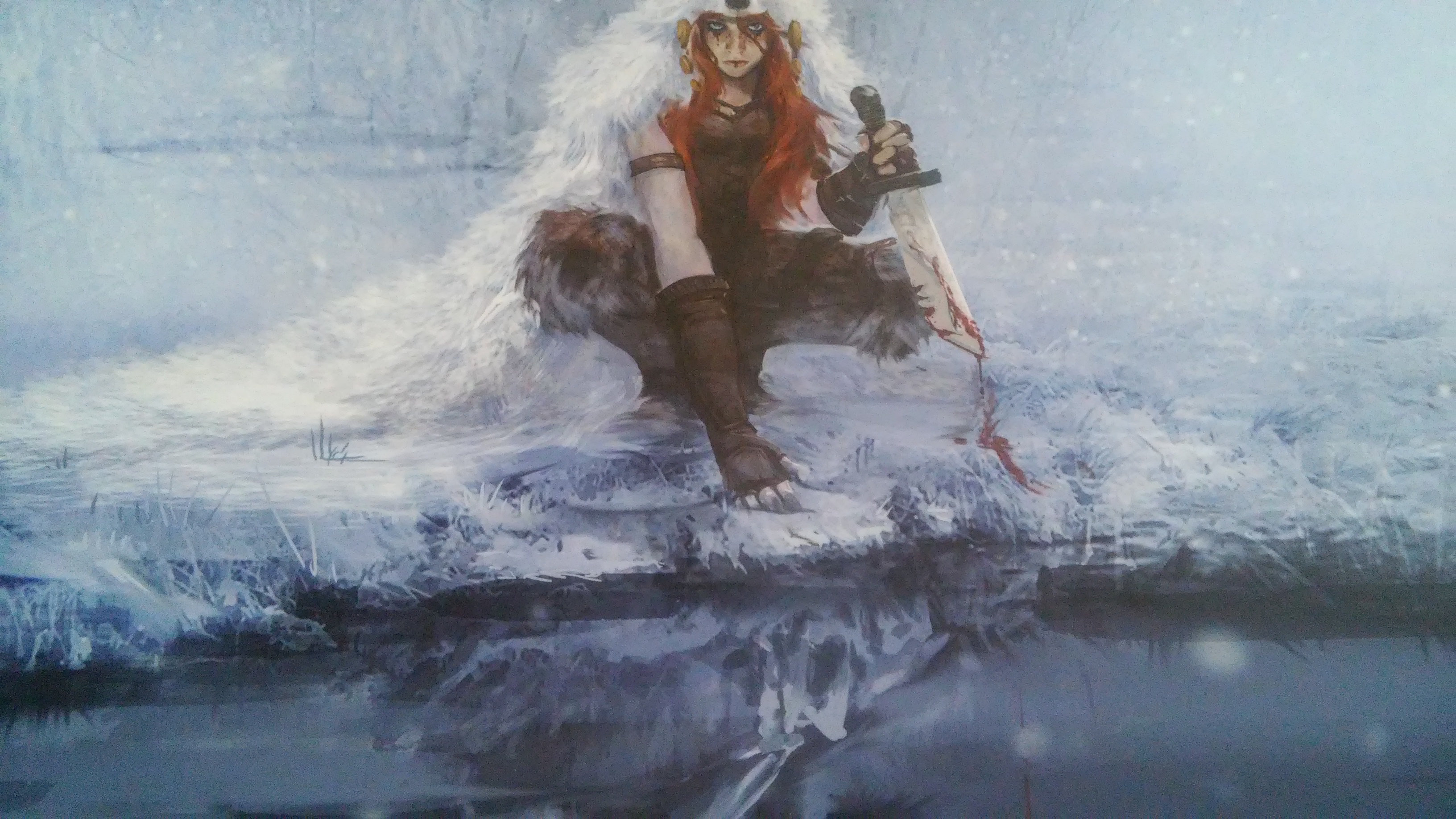 Despite the dark style that suffused Of Dreams and Shadows’ visual design, I was less than enthused with its chance-based resolution mechanics. However much flair went into the writing and world design, the game felt like a series of dice rolls with not much help to engage players in the experience. The Monster Within, the game’s first expansion, makes some additions to this experience that enhance certain elements but doesn’t go far enough to address the core issues present in the game.

The main draw of the Monster Within is its fierce new antagonist: the Wendigo. I have always held a personal fascination for this monster, a beast that was once a person but transformed into a man-eating abomination of endless hunger. It is said that once one resorts to cannibalization in the colder parts of the world, one runs the risk of the Wendigo’s curse, a punishment for this most fundamental of transgressions. In this version, the Wendigo is a mythical superpredator spreading the curse at a distance and threatening to break through physically into our realm. As frost covers the kingdom, creatures are being slaughtered and the Wendigo’s shadow spreads further.

Taking place after the events of the main game, the Monster Within makes a few changes that carry over your decisions from your first time through. Now, this is a bit strange, because what it essentially does is add a single game to another in a miniature legacy format. To some it will only feel like lengthening out the experience for no clear reason, but the expansion does make some interesting changes. For one, the dynamic is different. All monsters get replaced by those from the expansion, codifying the setting under the thrall of a singular threat.

Additionally, you replace your heroes with Experienced versions, who possess slightly boosted stats and abilities. You can also choose to keep their equipment from the first game or give them new resources according to their card. You can start over from scratch in this expansion, but you are incentivized not to do so by the fact that certain choices, if made the first time around, carry through to the second game. In theory.

See, there aren’t many of these, so it is largely a toss up whether you encountered the eight that matter. The results have some different text depending on how you handled things in your first game, and there are slight mechanical differences that reflect the new challenges that open up. This is an interesting attempt to create a more branching story and simulate the choice-driven narrative of RPGs, but it all falls flat in-game. Assuming you have beaten the odds and encountered one of the relevant events at all, the difference is some text and perhaps changing which attribute you test against. It’s a very minor part of the experience, and one that fails to capture any real feeling of impact.

Functionally, the difference between these two is very minimal

The expansion also comes with new locations, spells, equipment, monsters, and conditions. These are bound together fairly well thematically, and the art remains as engrossing and foreboding as ever, making this expansion a pleasure to behold. From the box’s snow-covered woodland warrior to the interior’s Skinwalker and more, I felt myself pulled directly into the haunted hinterlands where this tale took place. Some of these cards are clarified versions of those from the first game, so if you enjoyed the base experience you will be left with some extra material to sink your teeth into.

There are some changes which actually helped me enjoy Of Dreams and Shadows this time around. At least, to the extent possible with this game’s core engine. There are fewer events (hollows and capital scenarios have been completely removed) and quests, but they are far more important, proving crucial to being able to survive the final battle against the Wendigo. You will need quest tokens to avoid becoming possessed every (yes EVERY) time you deal it damage, and becoming possessed forces you to make a test or skip your turn. And we all know how fun it is to waste a round rolling a die to see if anything interesting happens. You can now join your champions together for scenarios, but all this does is allow you to choose whose trait to test against when the time comes for a roll.

The malice, desolation, and horror of these creatures comes through with every last detail. If there is any justice, this artist will have a long and celebrated career

If you do manage to win, you will find there are two victory cards, the difference being how certain events went for the Werefolk, and determines their ultimate fate. Once again, this amounts to a few lines of text, but you get a better sense that you at least did something with the time spent playing this game.

I hope my tone has not been disrespectfully glib, but as much as the Monster Within tightens up some things, adding bells and whistles, the fact remains that Of Dreams and Shadows is a fundamentally poor game. The entire experience is still rolling against a difficulty every turn in the hopes that you can make some forward progression. There are some choices along the way, but they feel minor and tacked on when you compare them to the totality of playing this game.

Of Dreams and Shadows: The Monster Within

The Monster Within adds refinements and content to a game that is flawed to its core. The quality of components, art, and writing remain high, but not the game design.

John Farrell is a legal aid attorney specializing in domestic violence, living in West Chester Pennsylvania. You can listen to him travel the weird west as Carrie A. Nation in the Joker's Wild podcast at: https://jokerswildpodcast.weebly.com/
Related Articles: Tabletop, The Monster Within
Share
Tweet
Share
Submit