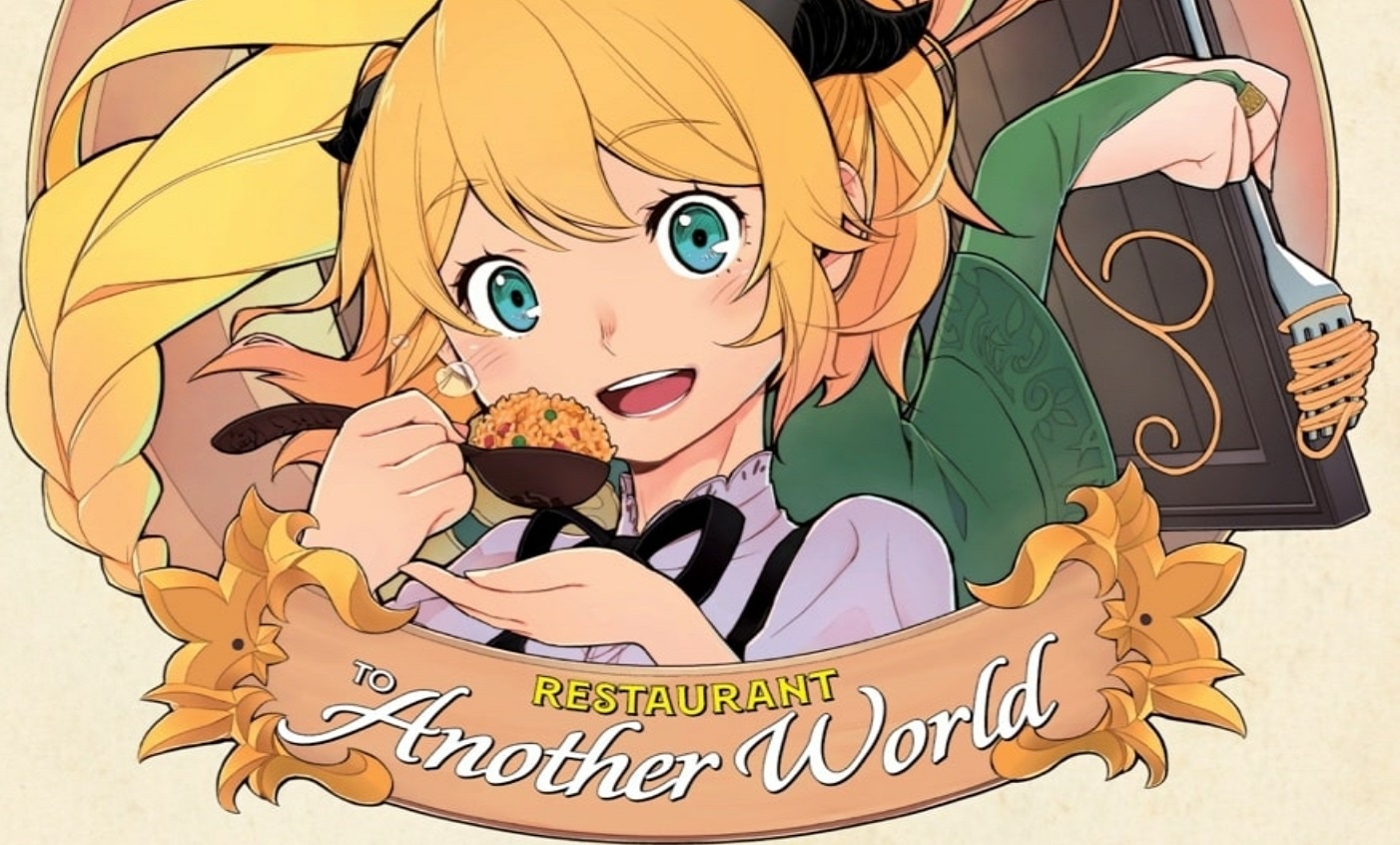 Everyone has to eat, that’s a necessity of life. That said, it seems that tons of anime and manga have capitalized on this seemingly innocuous activity; from Food Wars to Flavors of Youth, there’s no shortage of fun food media to get your fill. Previously available in light novel form, Yen Press has finally released the manga adaptation of Restaurant to Another World to western shores, and it’s a quaint little introduction to the otherworldly setting with a dash of delightfully delectable food.

The Western Restaurant Nekoya is a quaint little restaurant, with one little twist: every Saturday, it opens its doors to a fantasy world full of mystical creatures; it’s a small undertaking, but the Master Chef gets the job done. While working in his restaurant, the Chef encounters a mysterious girl named Aletta, who fell asleep after eating some food in his kitchen. With this chance encounter, he hires her as a waitress as the duo go out to serve all sorts of delightful creatures, from elves to dragons. 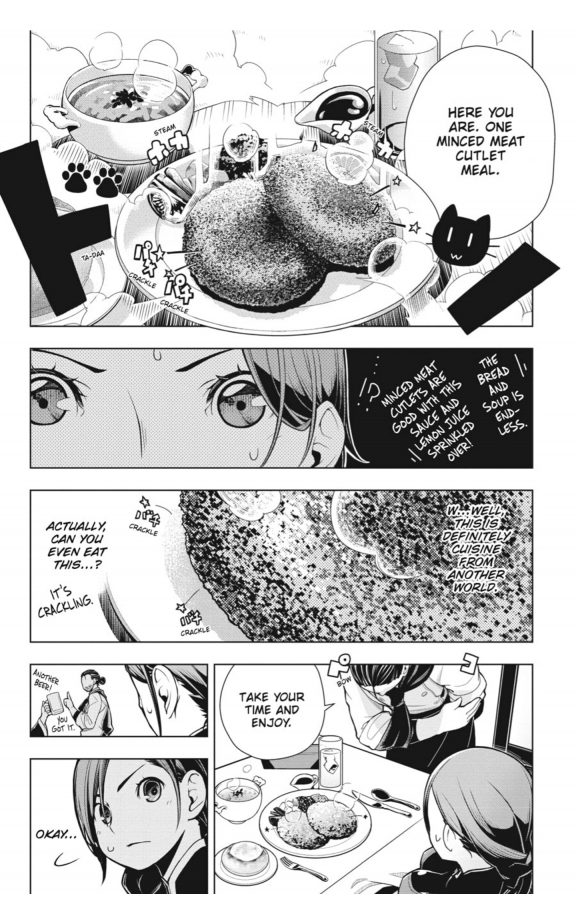 First off, I just want to commend the art quality of the food represented. Much like Food Wars and Giant Spider & Me, the artwork for the dishes represented here look so darn tasty. Even simple things like beef stew and rice balls are made with some tender loving care; heck, even the oddly sensual panels describing how a character reacts to eating food are rather detailed. Luckily, it’s not as… out there (to put it lightly) as Food Wars, but it can get a bit unnecessary at times. 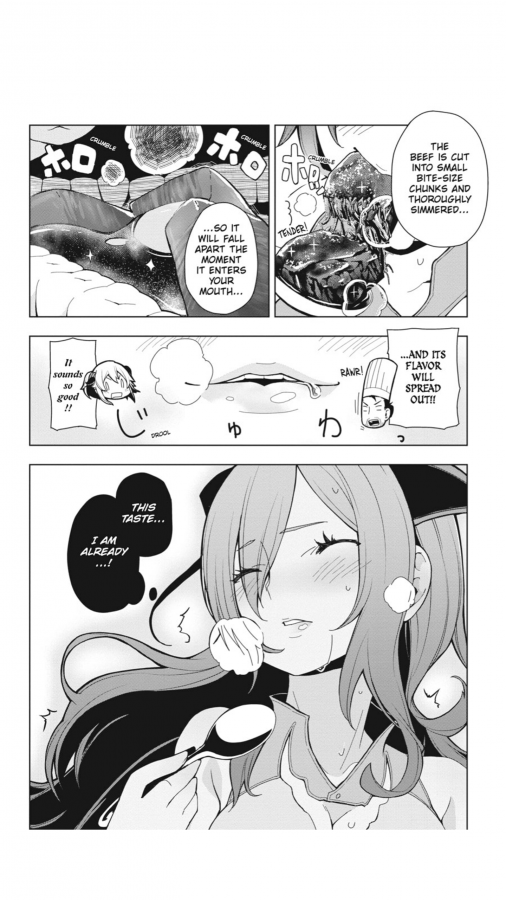 One of the… less sensual reactions.

If you’re looking for a high fantasy series filled to the brim with political intrigue and magical adventures… well, you might be a bit disappointed. This first volume is strictly a slice-of-life affair, with the main narrative feeling more like an anthology than a cohesive plot. It’s a nice slow burn of a story, but I just wish there was some main driving force advancing the main narrative.

While each character introduced gets inspired by their experiences, it seems that the plot threads won’t get picked up in future volumes. Rather, it feels like the character of the day gets their arc resolved, and it’s alright if they don’t return. I do enjoy the dynamic between the Chef and Aletta, and the fish-out-of-water personality the latter has makes her a great audience surrogate.

Restaurant to Another World Volume 1

The first volume of Restaurant to Another World features some finely drawn food and a cute slice-of-life atmosphere. It’s just a shame that there isn’t much else to keep the story going, but if you’re looking for a quaint food-filled manga, this is a nice start.

Elisha Deogracias is an aspiring accountant by day, freelance writer by night. Before writing for Gaming Trend, he had a small gig on the now defunct Examiner. When not being a third wheel with his best friends on dates or yearning for some closure on Pushing Daisies, he's busy catching up on shonen manga and wacky rhythm games. Mains R.O.B. in Smash. Still doesn't know if he's a kid or a squid.
Related Articles: Beyond the Page, Restaurant to Another World Volume 1
Share
Tweet
Share
Submit