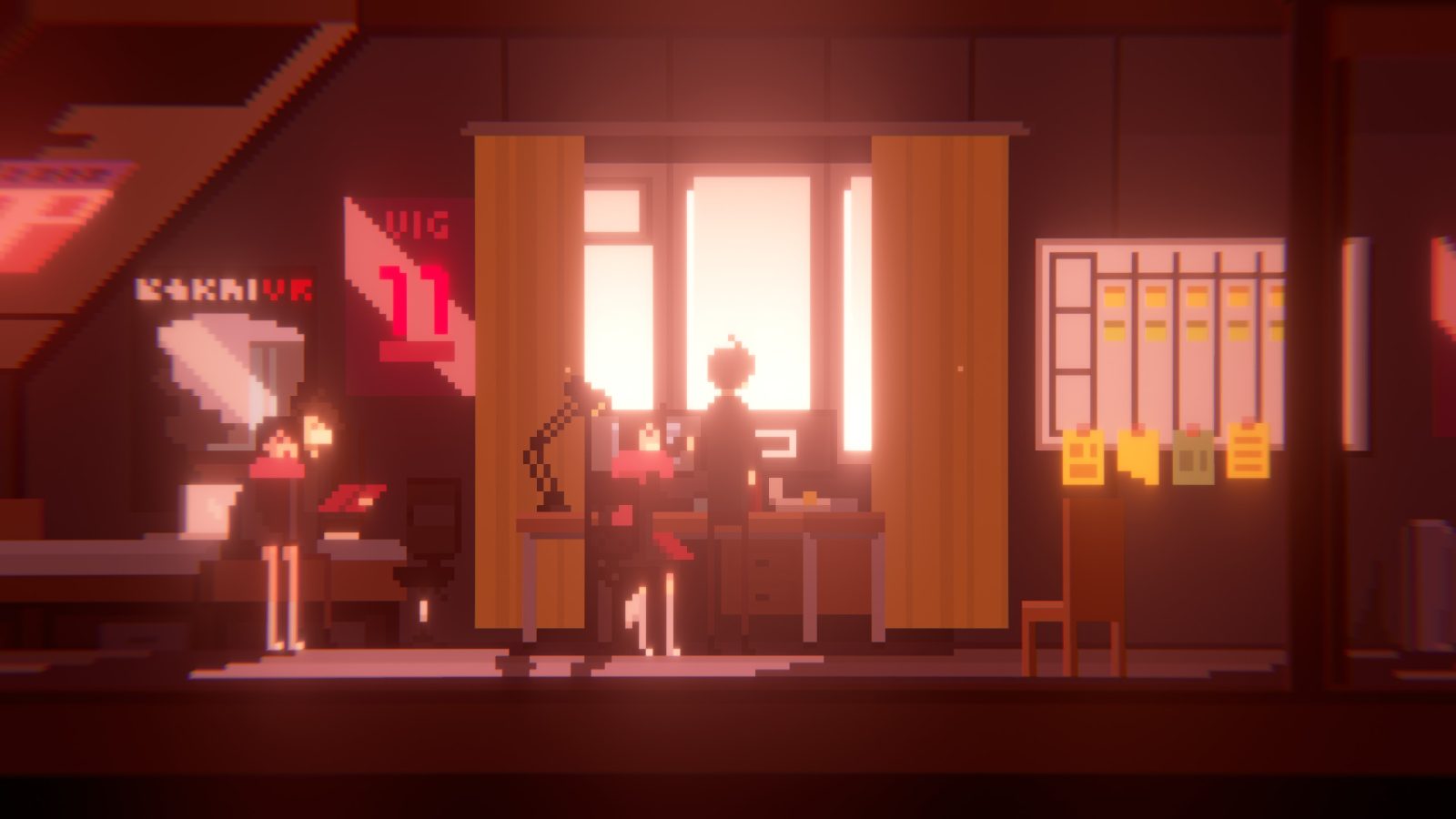 One Dreamer review — A cosmic success

Frank and Luna are making a game together. Proxy Life will be a social, VR MMO; a place people can go to meet far away friends and escape their lives for just a little bit. Five years later, Frank is an underpaid and overworked coder with his life in shambles. While Luna’s sister encourages him to restart development on Proxy Life, his dreams and reality seem to blend together in a depressive haze. So, what exactly happened five years ago?

One Dreamer is a narrative adventure game where you solve puzzles through coding. As a game developer myself, I can confidently say that the coding here, while simplified, translates 1:1 with actual game coding which is pretty cool. You swap out variables to adjust the position of objects and even copy and paste things like object references between instances. It’s simple enough that anyone can understand it but close enough to the real things that coders will already know what they’re doing and newbies can take what they learn here into the real world. If I do have one complaint about the puzzles, however, it’s that they don’t progress too far from just swapping variables around. The big endgame puzzles will have you renaming certain objects, but that’s about as far as it goes. I can’t really blame the game for this as going deeper may have made it overwhelming for new players, but I would have liked to see One Dreamer delve into arrays or even classes.

I’m not sure if you can tell, but I’m having a lot of trouble writing this review. That’s because One Dreamer’s story hit home for me. Hard. If you struggle with depression and/or burnout, this plot will probably resonate with you, especially if you want to work in a creative field like games. I’ve been trying to make my own game for the past four years and it just hasn’t gone anywhere, and during all that time I’ve been trying to find a day job that will let me make ends meet and move out of my parent’s house. I’m not exaggerating when I say that almost everything Frank goes through in this game felt like it related to my own story. I’ve never played a game that made me want to cry in the first 30 minutes before, but here we are.

Because of all that, I really don’t want to spoil anything. Just know that One Dreamer has a fantastic message that may just inspire you to follow your dreams, even if you’ve already given up on them. The story is told through some great voice acting as well as the environment and even the puzzles. It’s clear the voice direction and performances are top-notch, but there were more than a few moments that had me think “was that really the best take you had for that line?”. It’s a difficult issue to describe in text, especially since the writing is so good, but some lines just sound a little unnatural, like the actor is reading the line for the first or second time. This is an indie game, so I don’t expect AAA quality, but there are some surprisingly big names here like Kira Buckland. 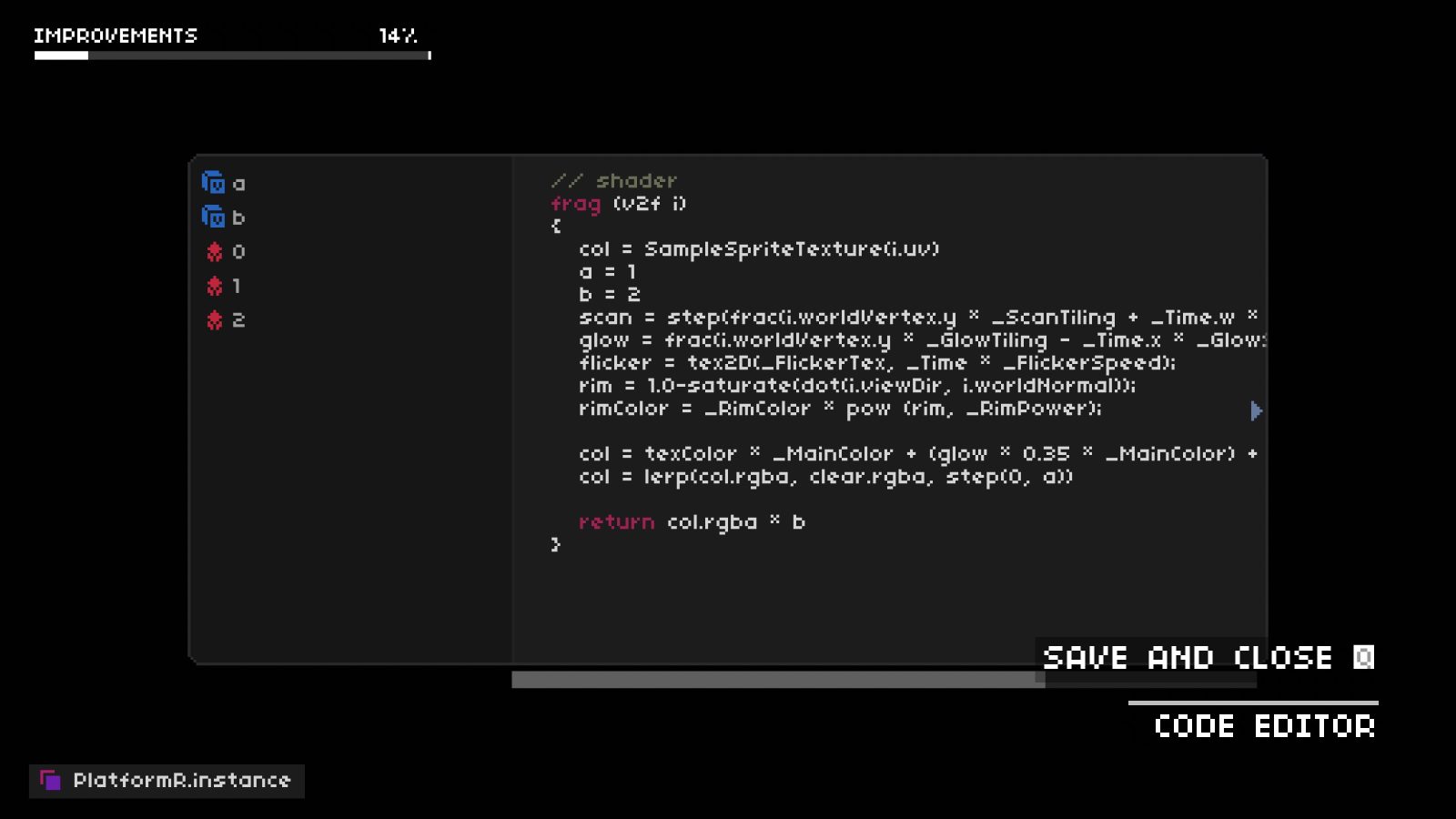 In terms of visuals, One Dreamer uses pixel art along with some very moody lighting. The character sprites lack a lot of detail, but it makes them stand out against the environments. The game is also 2.5D-ish, with you being able to walk into the background or foreground in certain places, usually shown with a small icon. It’s almost entirely linear until the end, but there are still fun secrets to find and achievements to unlock all over the place. For example, there’s one moment early on where you can change a duck’s name and outfit, and there’s a silly achievement for setting a certain combination. There are tons of things like that all over the place, mostly having to do with memes, that make those jokes unobtrusive and don’t date the main story. There’s a surprising amount of things to see and do in the five to six-hour runtime for the story, and the gorgeous visuals alone make me want to replay the game a few more times to see everything.

If you couldn’t already tell, I loved One Dreamer. It’s not perfect, but it touched me in a way not many pieces of media can. If the success of a game is based on whether it can affect at least one person’s life in a positive way, well, I’d say this was a cosmic success.

One Dreamer review — A cosmic success

One Dreamer is an excellent story about game development, depression, burnout, and second chances. The puzzles are a ton of fun to solve and relate to real-world coding, the music and voice acting are both great, and to top it off the simplistic pixel art is accentuated with some gorgeous lighting.

David is the kind of person to wear his heart on his sleeve. He can find positives in anything, like this is a person who loved Star Fox Zero to death. You’ll see him playing all kinds of games: AAAs, Indies, game jam games, games of all genres, and writing about them! Here. On this website. When not writing or playing games, you can find David making music, games, or enjoying a good book. David’s favorite games include NieR: Automata, Mother 3, and Gravity Rush.
Related Articles: Indies, One Dreamer
Share
Tweet
Share
Submit