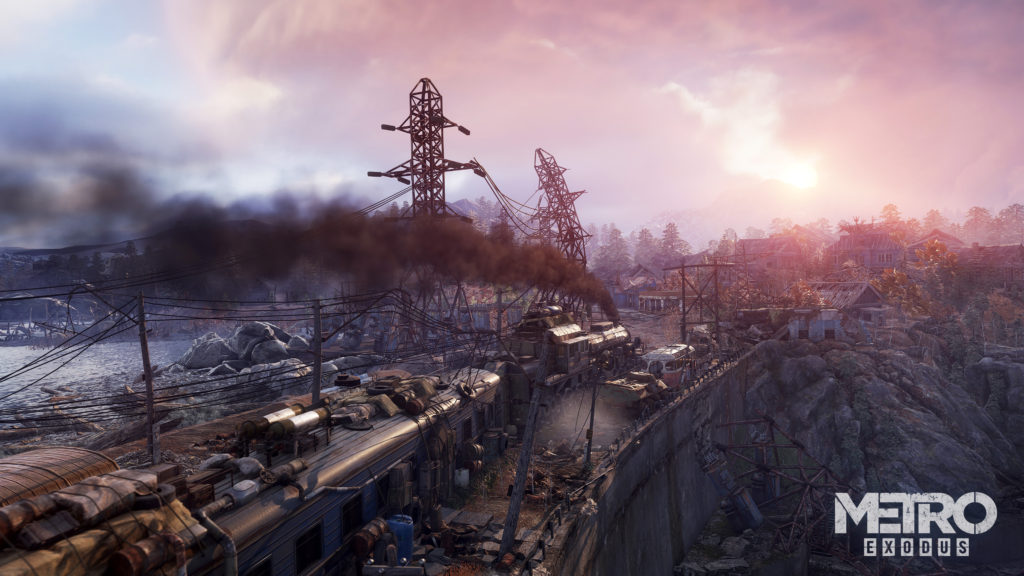 In a time when games are increasingly becoming focused on online experiences and multiplayer ecosystems, Metro Exodus couldn’t come at a better time, and breathes fresh life into the survival horror genre. The third game in the renowned Metro series based on Dmitry Gluhkovsky’s novels of the same name, Metro Exodus isn’t just another entry, but a massive evolution of the franchise that scraps many of the series’ hallmarks and paves the way for something truly special.

Metro Exodus’ story begins when you learn that, decades after the world was destroyed by nuclear warfare, life still exists outside of the subterranean metro stations that you call home. No longer able to stay as you are, your group goes on a journey searching for answers and hoping that you’ll discover a place to call home once more. Each area you visit has a story of its own to tell, whether you find yourself living among a society of zealotus cultists, or facing down a ruthless gang of raiders straight out of Mad Max. Together, these vignettes weave together into a larger narrative that beautifully depicts a broken world still unable to put itself back together after decades of chaos and bloodshed. 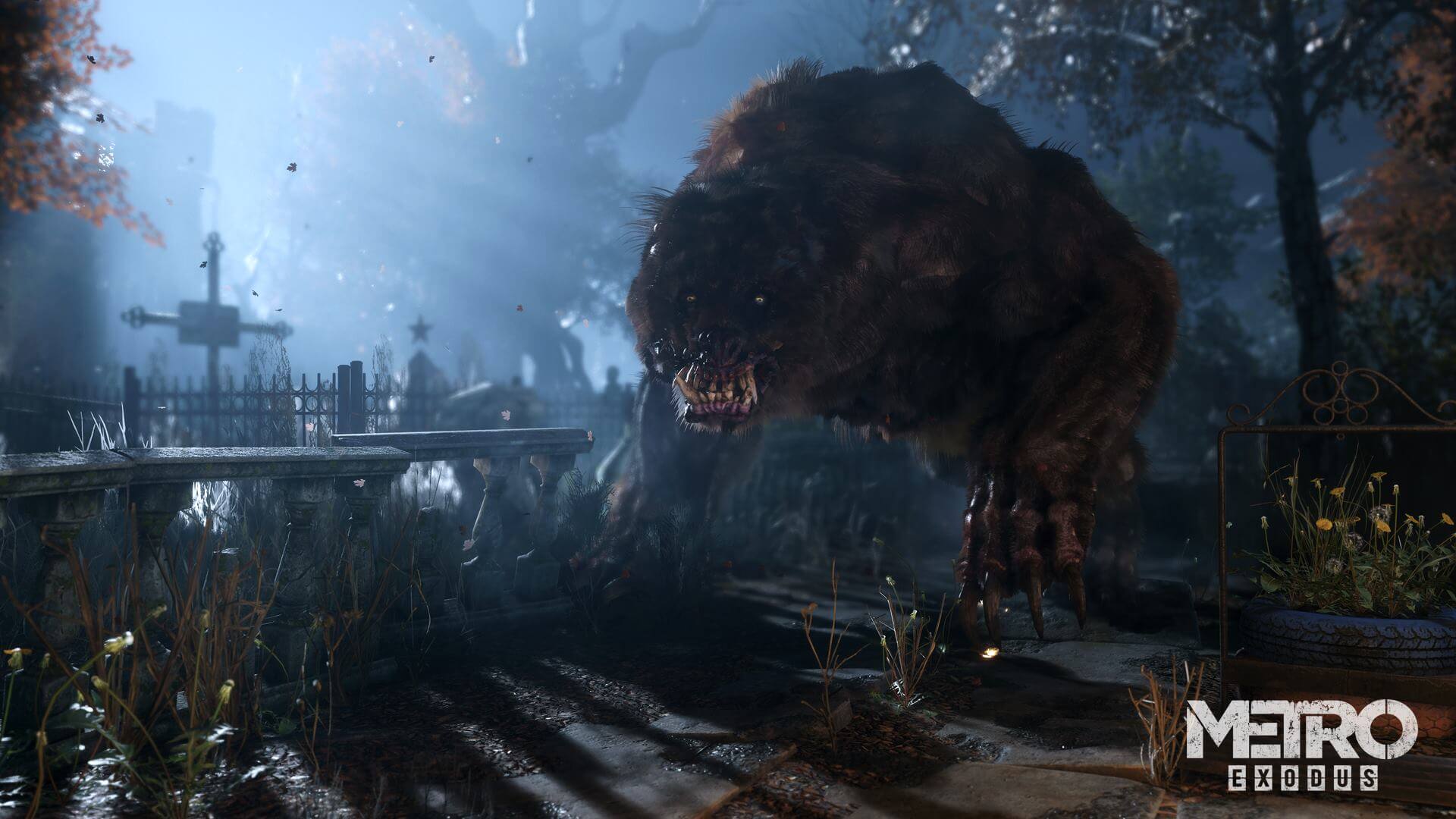 Along the way, you’ll meet a wide variety of characters, some of whom prove themselves to be allies or even join your caravan, while others turn out to be irredeemable villains destined to meet their end at the crosshairs of your trusty rifle. At first, I found myself mostly uninterested in the seemingly samey characters that were a part of my caravan, an issue that wasn’t helped by the fact that many of them aren’t voiced particularly well. But as my journey continued, I found myself growing fond of those who were able to survive along with me, eventually understanding that many of them were much more nuanced than I had originally thought. Unfortunately, Exodus’ best moments are oftentimes ruined by the silence of the protagonist, a decision that creates some truly cringe-inducing moments as characters talk to themselves instead of talking to you.

Metro Exodus is a game that creeps up on you. In the opening hours of the game, I wasn’t particularly enchanted by the story or clunky gunplay, but over time I grew to understand that this is a game that takes its time and demands the player to take a slower pace to appreciate it. Dozens of hours later I could scarcely be bothered to stop exploring the world to write this review.

Metro Exodus is a survival horror game that breaks away from a lot of what made the series great before it, and unexpectedly emerges better for it. The dark hallways of the subterranean metro that once served as the venue for a very linear game are cast aside in favor of vast open-world levels that encourage you to travel at your own pace and smell the irradiated wasteland. The icy winter of Moscow that has been synonymous with the series now shares the stage with sweltering deserts, and lush forests that serve as lands you must conquer on your 20+ hour odyssey. Metro Exodus is a game defined by all the ways that it isn’t like its predecessors, and yet manages to retain so much that made the past games great.

You’ll still scramble to put on your gas mask as you choke on radiated air, count every bullet as precious as anything you’ve ever known, and get caught in claustrophobic, terrifying situations that have you sweating bullets. You’ll still trek through inhospitable places that require you to wipe your gas mask clean and constantly stopping to clean your unreliable weapons. But now you’ll also spend time wandering a diverse set of biomes and taking time to go off the beaten path to retrieve an acoustic guitar for a member of your caravan — things you’d never see in past Metro games.

The survival mechanics in Metro Exodus are the best I’ve seen in any game. If you want to breathe clean air, you’ll be required to regularly replace your gas mask’s filter and even patch it up with duct tape if it gets damaged, which obscures your vision. If you want to shoot something, you’ll need to craft or scavenge every bullet you can find, meticulously checking every nook and cranny you come across. You’ll also need to spend resources to clean your weapons and customize how they function down to the last detail. If you want to be able to see in the dark, you’ll need to crank some power into your flashlight to give it a few minutes of power. If you want to avoid raider gangs by sleeping during the day and sneaking around in the night, you’ll have to contend with the increased presence of monsters that prowl after dark. Everything in Metro Exodus has a price, whether it’s spending a few seconds of time while running away from some monsters to craft some bullets, or using your last bit of valuable resources to clean your gas mask filter instead of using it to make a medkit. In one part of the game, my unwise decisions led to me being chased by a legion of ravenous ghouls without a single bullet to oppose them with. In a different part, my brilliant stealth tactics allowed me to defeat an army without ever even being spotted. Your decisions, even the smallest ones, can mean the difference between life and death when resources are hopelessly low and your back is against the wall. 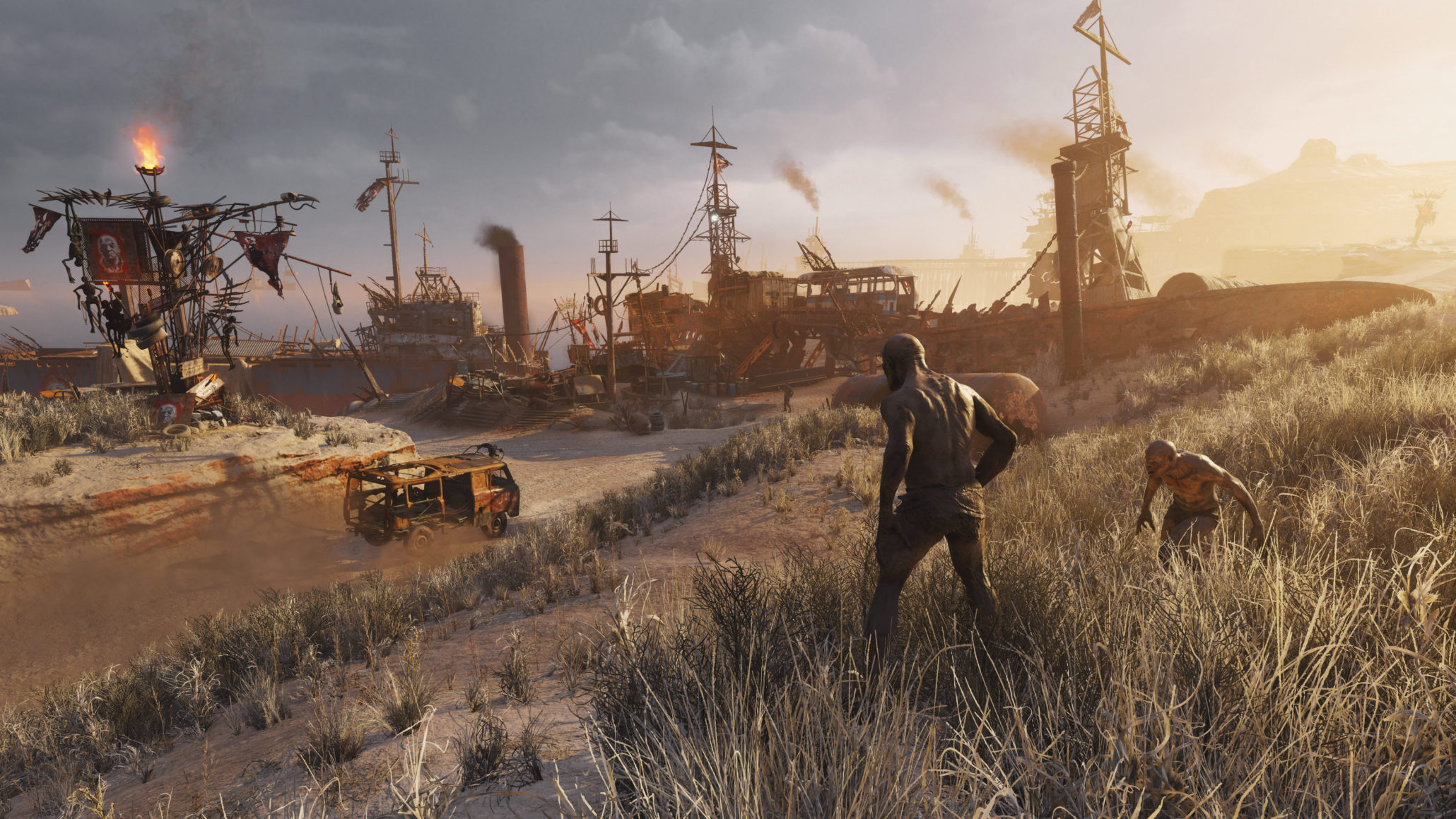 Metro Exodus isn’t your typical shooter. You aren’t meant to run-and-gun your way through each area with a gatling gun (though they give you the tools to try), but instead is best played through slowly and with extreme precision. Firing a round into the back of a creature’s head might seem like a good idea…until a dozen more hear the shot from 50 meters away and come running in your direction. And not all problems can be solved with a bullet either, as I learned during a particularly unnerving section of the game that pitted me against bullet-proof giant spiders, which could only be driven off or killed by light sources. Sometimes the clunky shooting mechanics and painful resource management can be a headache, but it’s meant to give weight to each encounter and make you think twice before rushing into an area gun’s blazing, and in that sense Metro Exodus succeeds entirely.

Metro Exodus is also one of the best looking games I’ve played on the Xbox One X, and practically every area is breathtaking in some way. The vast landscapes of Exodus are surprisingly well-detailed no matter which optional corner of the map you decide to explore. There’s always something waiting to be discovered and the game makes heavy use of environmental storytelling in each part of the ruined world that you visit. That said, it’s not without its fair share of graphical glitches. Enemies occasionally crop in and out of walls, and sink through the floor, and enemies will sometimes hover in the air for a few moments while dropping down on you for a surprise attack. The sound design is more of a mixed bag, however. While the sound effects and soundtrack are incredibly immersive, the voice acting is a different story entirely. Many characters, including some of the people in your own caravan, have some truly uninspired performances, and at times even sound as though their dialogue was recorded through a tin can. It’s odd that such a well-polished game with a seemingly large budget falls short in something that so crucially important, but this is one area in which Metro Exodus didn’t grow on me.

There are also some irritating glitches in Metro Exodus that I encountered while playing on the Xbox One, the most notable of which is that the game crashes regularly. It happened at least 10 times during my time with the game, and it never gets any less upsetting. You’ll be in an intense gunfight or meticulously working your way through a stealth encounter when the screen will suddenly seize up and the sound will go out, and you’ll have no choice but to close the game and reboot. This experience isn’t helped by the fact that Metro Exodus has incredibly long loading screens, particularly when the game is first loaded up or you get to a new act. In a game where you’re encouraged to go slowly and take your time to do things right, it’s a huge pain in the ass when your hard work is rendered useless by an unfortunately-timed crash.

Metro Exodus is a masterpiece in survival horror, and a game that evolves beyond its roots to transform into something truly special.

You know that jerk online that relentlessly trash talks you after every kill? That guy was probably Travis "Tie Guy" Northup. Competitive, snarky, and constantly wearing a tie, Travis has been writing his opinions about electronic media since he was a teenager, and is pretty much the only person to hold his opinions in high regard.
Related Articles: Metro Exodus
Share
Tweet
Share
Submit