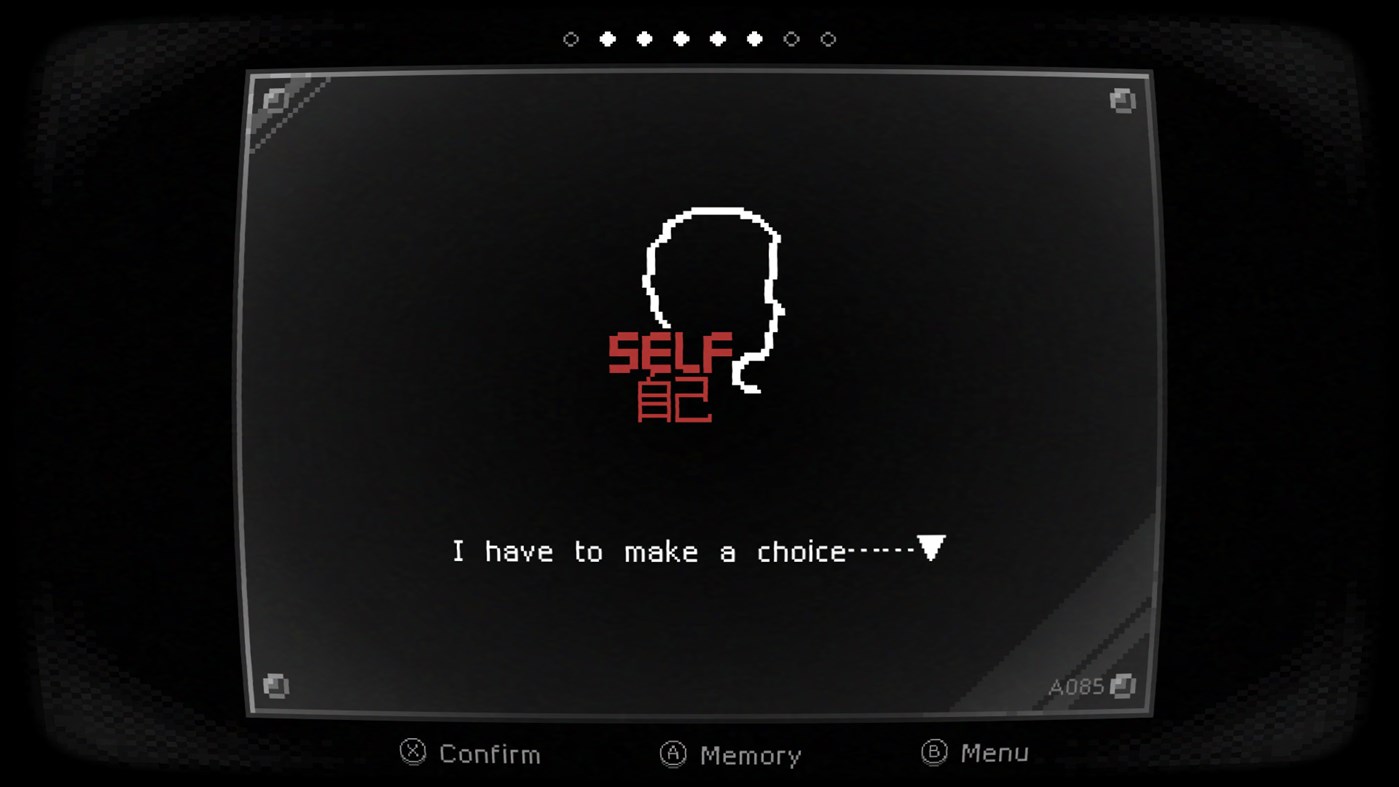 Oh, indie games. What a mixed bag you can be. Oftentimes, indie games are the reason I get out of bed in the morning. I’m always searching for the next indie that makes me rethink the way games are made. Undertale, Outer Wilds, What Remains of Edith Finch, and plenty of others are some of my favorite games I’ve ever played. Then you have games like SELF: Where’s my father; an incredibly messy and surreal whirlwind of confusion.

Created by doBell, this text-based adventure game sees you on a quest to find your missing father. Oddly, you’re the only one who seems to notice that he’s gone missing and that remembers he exists. You’ll make a series of decisions throughout your journey to hunt him down and uncover the truth, and each choice you make will have an impact on the tale’s ending. Allegedly. While, yes, SELF has seven different endings, your choices do not feel like they actually carry much weight. 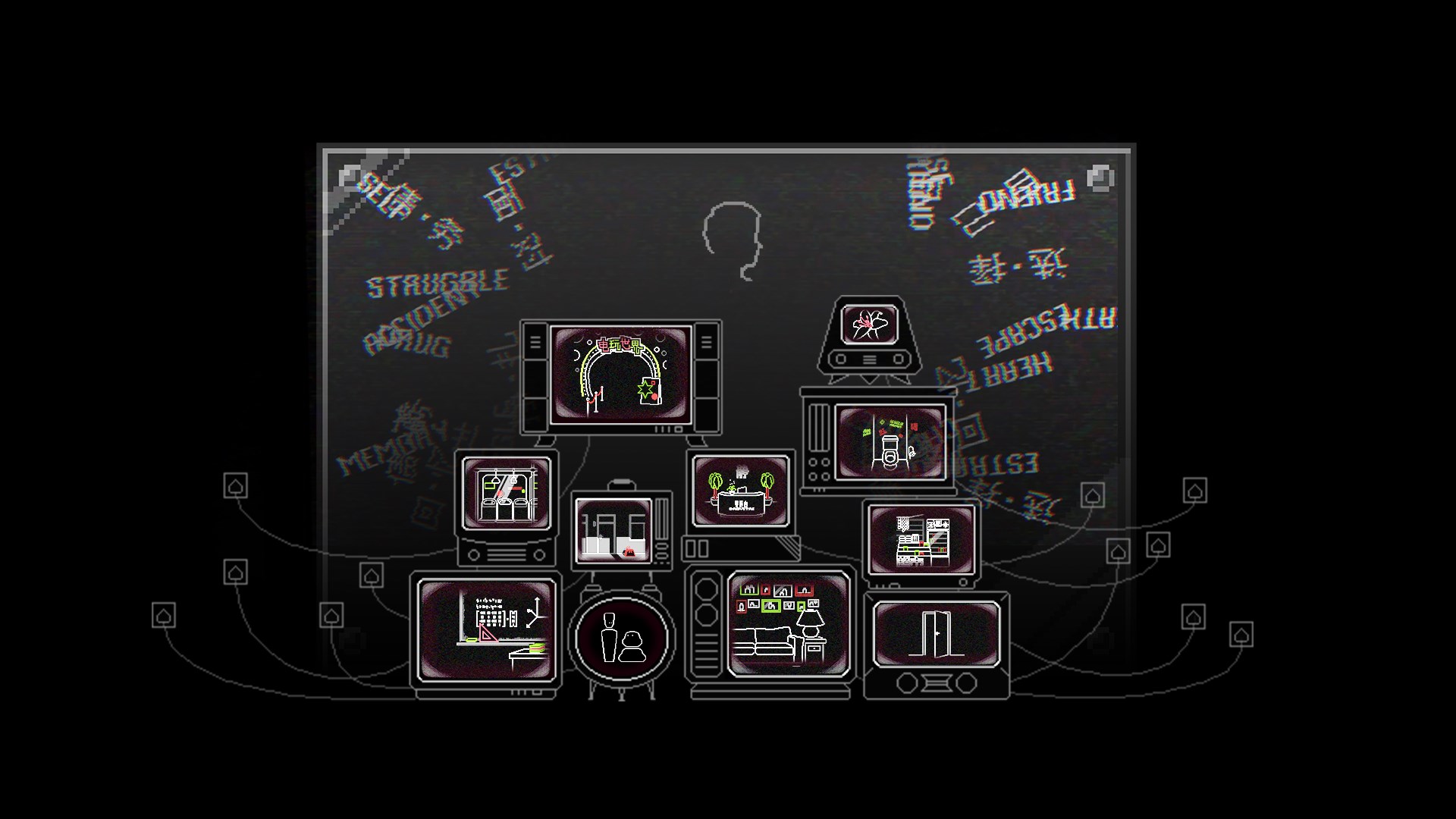 How about an example? If the game presents the option to either ask your mother for some spaghettios or to question her about your father’s location, you could choose the latter and see something like this: “Don’t you know where my father is, mom?” “I don’t. How about we eat some food?” “Yes, I’d like some spaghettios.” Almost every single time you choose one thing and not the other, you are presented with a bunch of text that ultimately makes your choice irrelevant.

At one point, the game says, “maybe a non choice is still a choice.” To me, this feels like an attempt to provoke the thoughts of the player, but it comes across as deeply inauthentic. It almost feels like a slap in the face. Especially considering that the game starts with a message about how the player will have to make choices before showing you that those choices are going to be utterly meaningless. True, there have been games in the past that effectively trick you into thinking you’re making impactful choices before pulling the rug out from under your feet, but SELF doesn’t do anything to earn those moments.

Confused about the spaghettios mentioned from a bit ago? Yeah, so was I. Nevertheless, the game mentions spaghettios on more than one occasion. Why’s this matter? Well, SELF is certainly trying its best to come across as a serious, dramatic, thoughtful experience, but it is impossible for the game to do so because its writing is a total mess. Any amount of built tension is destroyed by interrupting text that has your character request the goofiest of all canned pastas. Two seconds after the spaghettios are mentioned, the game resumes its attempt to create a mysterious tone, but all it can manage is one that sounds like an edgy thirteen-year-old. 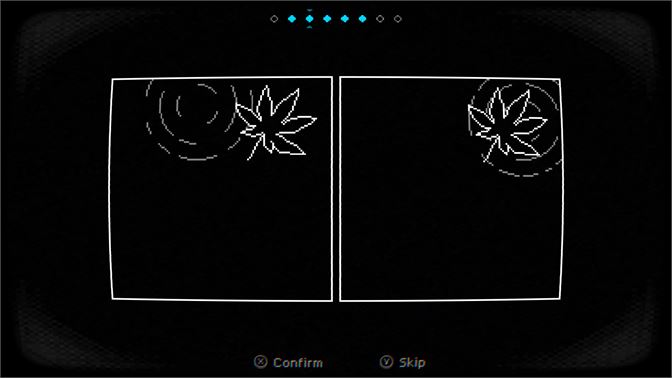 An awfully inconsistent thirteen-year-old, I might add. The story jumps in so many odd directions in its feverish pursuit of “spooky.” One moment you’re in a hospital where everyone wears smiling masks, and the next you’re on a bus with a little girl with long, black hair and a blank stare. You can see where all of this is going, can’t you? The game is filled with incredibly cliche horror elements, but it doesn’t do any of them well at all. In trying to do so many things at once, it continues to emphasize the fact that SELF doesn’t know what it wants to do.

Gameplay-wise, all you do is advance through text and, on occasion, complete a little minigame in order to make specific choices. Minigame is a pretty generous word, however. All you really do is move a small square around on a screen while attempting to run into green or red shapes to make your choice in the story. These segments are obviously inspired by Undertale, but what SELF doesn’t understand is the fact that what made that gameplay work in Undertale was its direct relation to the events of the story, how it moved things forward, and its contribution to characterization. SELF, meanwhile, has these segments because Undertale did them and they looked neat. 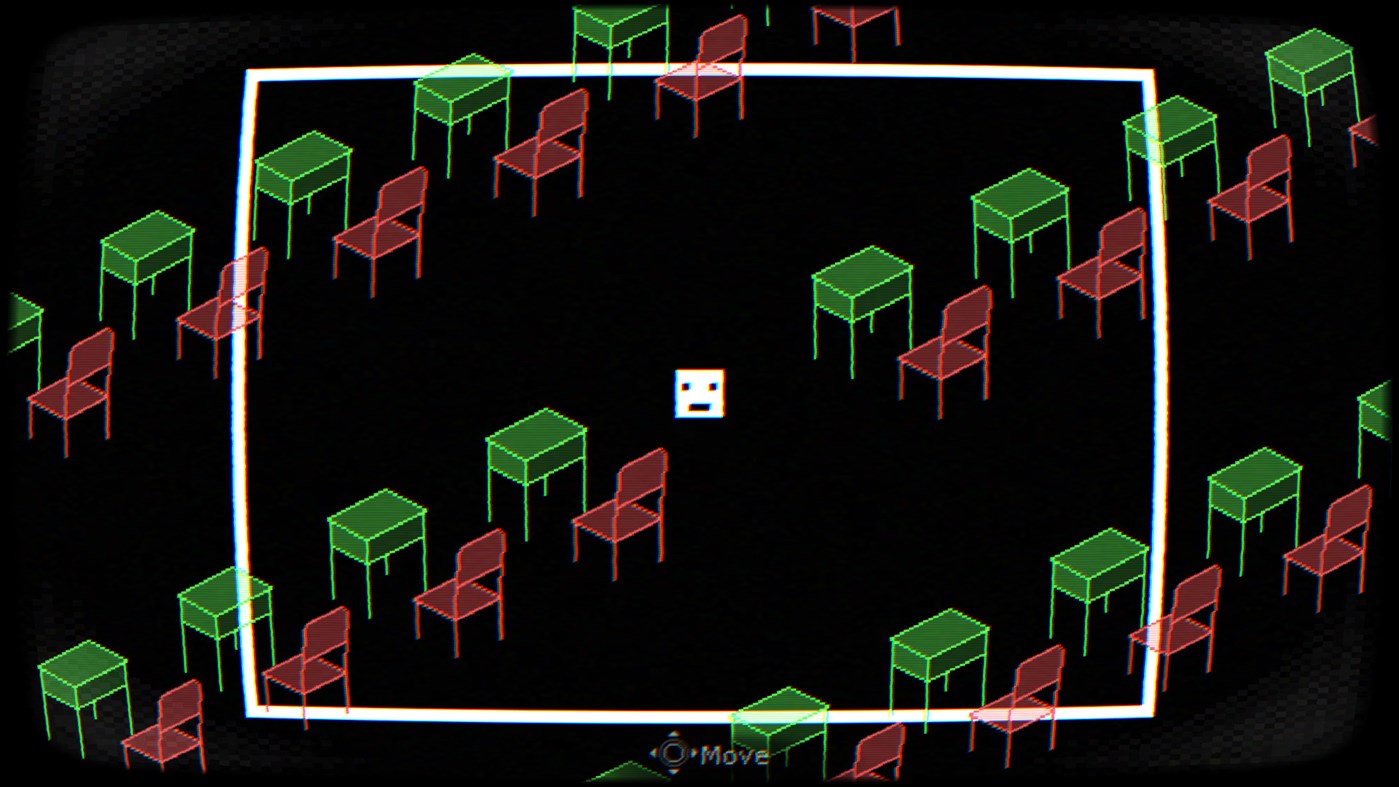 I will admit that SELF has a neat idea or two, but those are nothing more than a flash in the pan. At one point, to represent the clouded thoughts of your character, oodles of words are shown on screen and you have to usher them down a drain in order to clear your mind and continue. Cool idea! Yet, one good idea does not a good game make.

One of the game’s really bad ideas is to have text flicker in the most eye-meltingly awful and epileptic series of flashes I have seen in a long time. Granted, the game starts with a warning for players about the possibility of epileptic reactions to these moments, but I can’t help the feeling that these could have been done in a more effective way. No one needs to have a headache in order to create interesting gameplay.

SELF is an incredibly odd game. In its attempts to create an interesting and surreal story, it makes something far too surreal to enjoy. More consistent writing, choices that actually matter or affect the story in an interesting way, and gameplay segments that are fun or purposeful could have made this a shining little title. Unfortunately, it’s nothing more than an empty distraction as we continue our search for the next great indie masterpiece.

SELF: Where's my father

SELF: Where’s my father is too obscure, busy, and uninspired to enjoy. It’s perfectly functional, and while there is a bit of evidence that it could have been great, it falls flat due to some shallow gameplay and incredibly amateur writing.

Cade Davie is an English major that spends every possible moment enjoying the fruits of Xbox Game Pass. It’s impossible for him to pin down a favorite genre since he’s happy to jump from Halo to Mario to God of War to whatever his indie du jour may be. When he doesn’t have a controller in his hands, he’s spending time with his wife and their cat while thinking of how they could acquire more cats.
Related Articles: Indies, SELF: Where's my father
Share
Tweet
Share
Submit