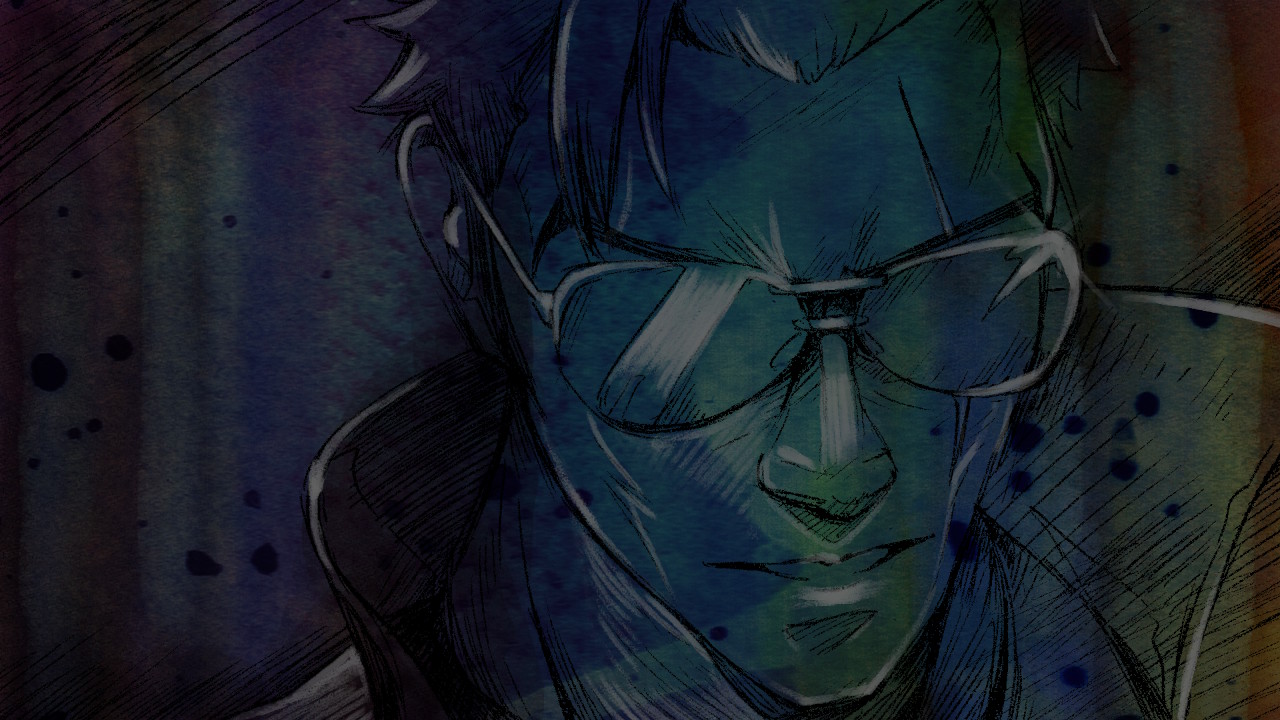 Travis Touchdown was just your mild mannered assassin living the good life when, in 2021, ten alien superheroes invaded earth. Led by Prince Jess Baptiste VI, otherwise known as Fu, they immediately begin decimating the population of Santa Destroy. Travis springs into action for yet another United Assassins Association ranking battle to save the Earth, mow some lawns, eat sushi, and kick alien ass. Welcome back to the Garden of Insanity.

No More Heroes III takes place some time after Travis Strikes Again (which I haven’t played, so please excuse any inaccuracies), and approximately 12 years after the first game. A lot has changed in the interim, so let’s dive straight into the gameplay. Using his beam katana, Blood Berry, Travis can execute light attacks with Y and heavy attacks with X. Instead of wrestling moves, A now functions as a dodge roll and B as a jump. Your combos rely on the Tension meter, which builds by attacking enemies and adds new moves to each combo once it reaches a certain threshold. You have to be careful though, as Tension decreases dramatically when you get hit, so remember to keep that beam katana charged by holding R and moving the right stick. 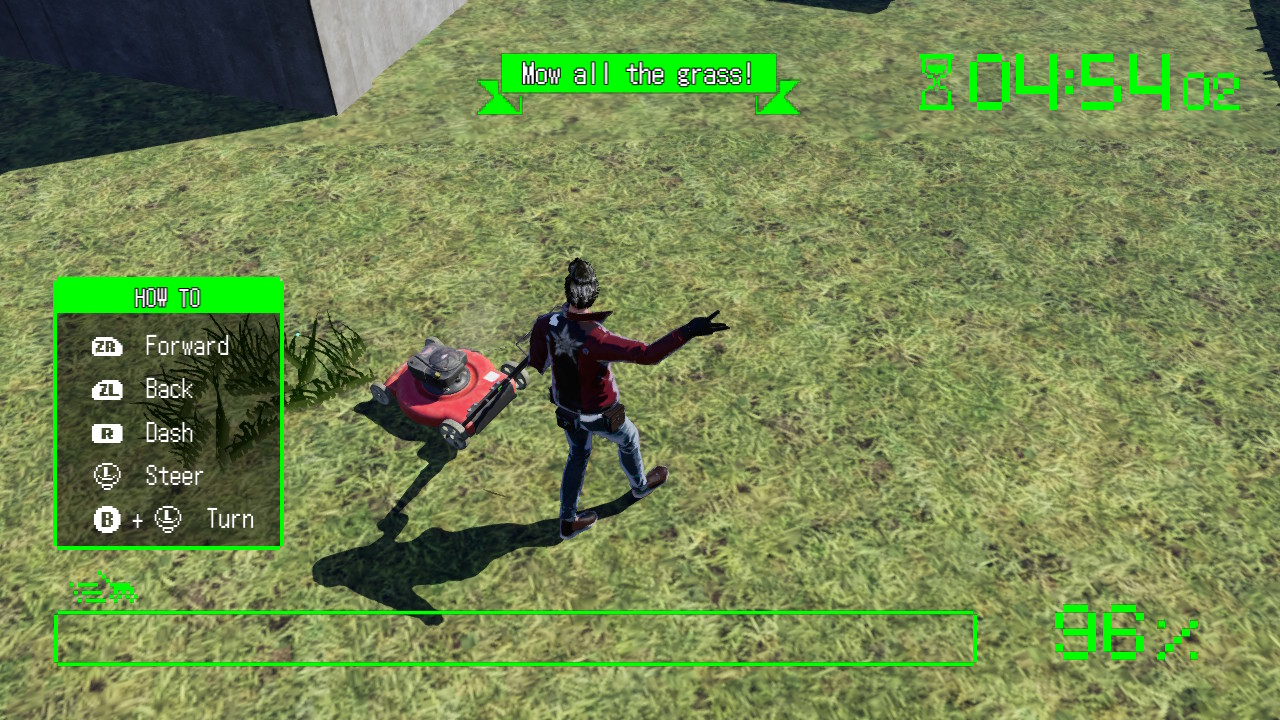 While I wasn’t expecting such drastic changes to combat, it feels fantastic in practice. Travis is smooth to control and moves very fast so you can keep the bloodbath going constantly. Compared to the first two games, it feels like you have much more control over how fights go, especially with the new Death Glove skills. Used by holding L and pressing one of the face buttons, these allow you to perform moves like a teleporting drop kick or slow down time in an area. This glove also gives Travis the ability to don a suit of mobile armor, either in normal combat by getting a triple 7 on the Slash Roulette or in specific encounters. In regular battles, it’s basically just a screen clear unless you use the Full Green Armor unlocked later into the game which serves as a short lived power up. When using it to fight bigger foes in space, you can fly around, lock on to targets by aiming at them, then fire a barrage of missiles by pressing ZR or shoot a big laser with ZL provided the boost (L) gauge is full. It’s fun to use at first, but that power trip loses its magic pretty quickly.

In all honesty, Travis is a bit too powerful in this game, so much so that I only had trouble with the first boss on Bitter difficulty. Due to this, I would highly recommend veterans start on Spicy difficulty. Even still, I doubt these bosses will pose much of a challenge to those who mastered the original two games.

The lack of difficulty comes down mainly to one mechanic: recharging. In the previous games, you had to stand still and be vulnerable for a few seconds to recharge your katana and keep attacking. In III however, you can walk around as you charge which is usually enough to dodge most normal enemy attacks. If you add on top your stockpile of take out sushi, which allows you to heal and buff yourself, it’s pretty hard to die until you reach the final three or so ranks. On the flip side, I think getting a full recharge after using a wrestling move on a stunned enemy with ZR encourages smarter play since most enemies die quickly if you focus on them with light attacks. It’s very satisfying when you’re running out of charge to suddenly switch focus to another foe with more health, use some heavy attacks to stun them, and get right back into the fight. Combat is a lot of fun, but it needs more depth to reach the same heights the admittedly clunky first two games had.

A commonly cited gripe with No More Heroes 2 was how its tone moved from a dark comedy to an anime-esque parody, and for better or worse that trend continues with No More Heroes III. The fights in this game feel less like duels to the death and more like simple gimmicks. On a first playthrough, I didn’t feel like there were any underlying themes to the story and the plot just feels like a vehicle to allow you to do some pretty weird stuff and subvert expectations for the sake of subverting them. I’m being vague here because I don’t want to spoil anything and it’s still fun to see the plot play out, but overall I wanted more from a No More Heroes story. Then again, maybe that’s what this game is about. 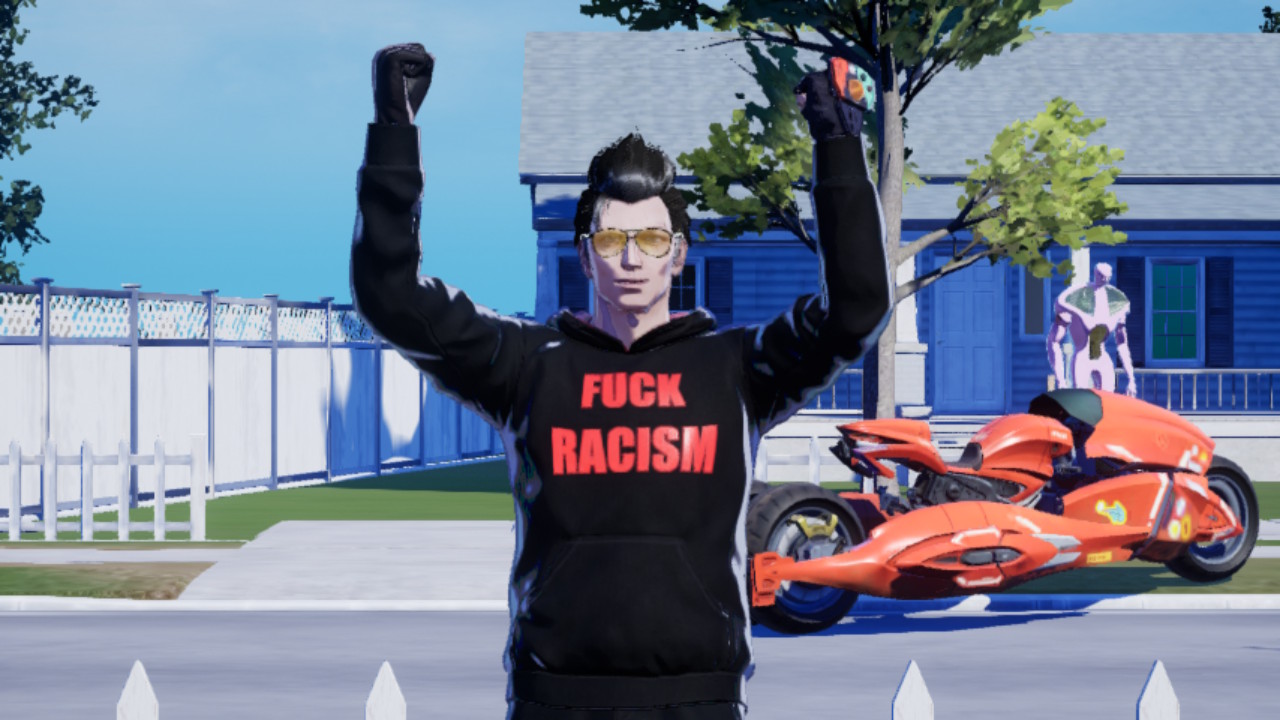 No More Heroes III in general feels like its villains have a lot less character to them, which is in part due to the removal of stages leading up to their encounters. Instead, you’re required to complete a certain amount of designated matches scattered around a section of the open world. These are pretty standard fights with various types of alien grunts who all have their own mechanics like shooting from far away or having a big axe. The enemies are certainly an improvement over No More Heroes one and two, but I can’t help but miss the stages that added so much personality to the world and the character you were about to kill.

After completing the designated matches and paying your entry fee (which I never had to work for since money is plentiful), you just teleport to the arena. While these arenas are very interesting locales with some gorgeous and trippy visuals, again it feels like a lot of personality has been stripped from the franchise. Make no mistake: No More Heroes is a franchise now, they literally say the series is going to keep going in the game itself. Suda 51 did have a role in writing this entry, but this style definitely doesn’t feel like him, instead having the “haha, isn’t this wacky?!” attitude of Lollipop Chainsaw or Shadows of the Damned.

The open world also feels like it lacks character. It’s certainly more functional than the original, there are collectables to find, odd jobs to do, and battles to fight, but it’s still pretty dang empty and the removal of shops increases this feeling. Instead of heading to Area 51 to do your clothes shopping, there are T-Shirt aliens scattered around who will give you a new shirt once you fulfil their conditions. Upgrades are also done through a new currency called World Ending Super Nova (WESN) using an arcade machine in Travis’ basement lab. There’s basically nothing to spend your money on this time around except entry fees and collectable capsule toys, so you’ll have a lot of it lying around. This makes the odd jobs like mowing lawns or picking up trash while wrestling alligators have much less of a focus. You get more than enough Utopi Coins to pay for the next match and WESN to keep you upgraded from boss fights that there’s not much of a reason to really explore. Sure, I liked collecting T-Shirts and unclogging toilets to get new save points, but that’s mostly just because I’m a completionist. After you’ve tried out the jobs and added a few shirts (there are no other clothing items to customize, just the jacket and a shirt if your outerwear allows it) to your collection, the open world feels more like a formality than anything.

Coming off of NMH2’s incredible soundtrack, I expected III to have some bangers in it as well. While there are a few tracks I enjoyed, like the victory theme and Itadakimasu I found the music to be mostly forgettable and fade into the background. It’s got less punk and more generic Hip-Hop. I think I could have overlooked some of the game’s issues if it had a rockin’ soundtrack, much like I did with 2, but there’s just not much to my liking in this ost. 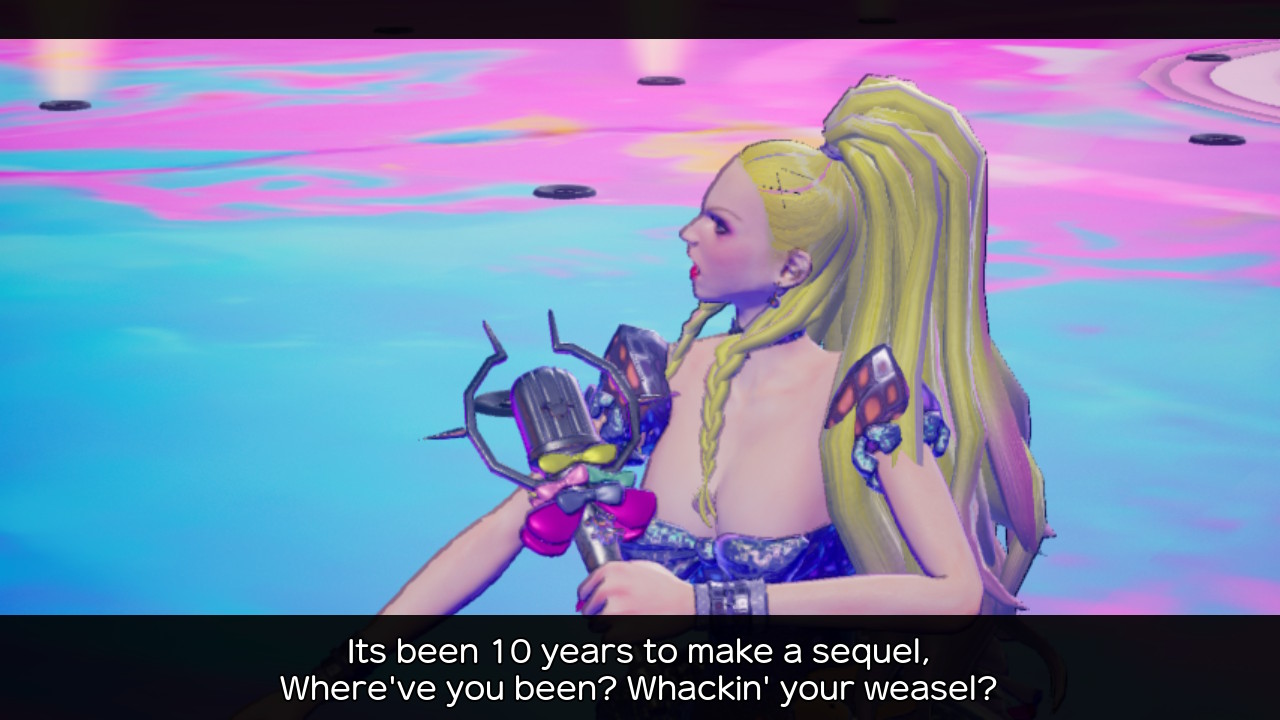 Look, I’ve ragged on this game a lot, but that’s because I love this series. Make no mistake, No More Heroes III is a great game and certainly the best playing so far, but it could have been so much more if it kept the spark the original had. If this is what No More Heroes is from now on, I’m fine with that, but I’ll always wonder what could have been.

While it doesn’t feel like a No More Heroes game entirely, No More Heroes III is still a fantastic action game with great combat, fun minigames, and hilarious dialogue. I’ll certainly miss the more introspective and dark story, but I look forward to more wacky adventures with the crownless king.

David is the kind of person to wear his heart on his sleeve. He can find positives in anything, like this is a person who loved Star Fox Zero to death. You’ll see him playing all kinds of games: AAAs, Indies, game jam games, games of all genres, and writing about them! Here. On this website. When not writing or playing games, you can find David making music, games, or enjoying a good book. David’s favorite games include NieR: Automata, Mother 3, and Gravity Rush.
Related Articles: No More Heroes III
Share
Tweet
Share
Submit