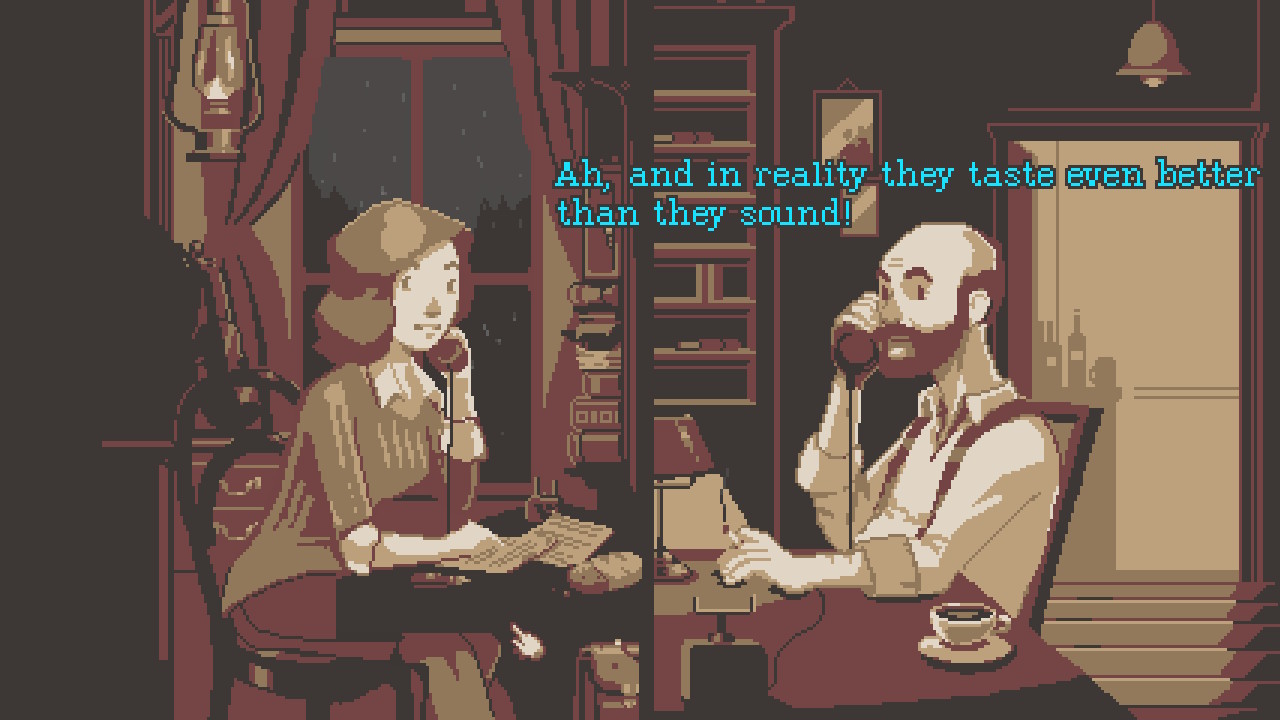 Last year, I had the opportunity to review The Lion’s Song on PC. It was simply a beautiful game, both in art style and story through each of its four separate episodes. Now, Mi’pu’mi Games have decided to bring this point-and-click, episodic adventure game to the Nintendo Switch, but did it make a successful jump to the handheld hybrid?

Before I begin, I want to mention that this review will only be focusing on how the Nintendo Switch port was handled. Besides a few minor things, the game is relatively unchanged. To see a review on the full game, check out the Steam review here. As The Lion’s Song is composed of four different episodes, each of them actually contains a separate story. Each are connected, and can be played at any time. Of course, someone will take more enjoyment if they play all four of the episodes in order, but the Nintendo Switch version allows players to start at any point, which is interesting since the game was never released episodically on the Switch.

However, there are a few design choices that Mi’pu’mi Games could have changed for the Ninte10ndo Switch version. On the PC and mobile devices, The Lion’s Song is a point and click adventure game. Players click on the area they want the character to move to and click on other surrounding objects to interact with them. This makes sense for the PC version, but the Nintendo Switch version is played with a controller.

Instead of moving the character with the joystick and interacting with objects nearby, the player controls a cursor that often moves too slowly. Characters moving sluggishly was a problem I had with the original release, but it’s been amplified with the addition of a slow-moving cursor.

Players also can’t tap the screen to select objects and move characters while playing in handheld mode. This could have been implemented rather easily, as the mobile version of the game is virtually the same as its counterparts but naturally plays via touch. As a result, your only option is to use a slow moving cursor with a slow moving characters.

Besides these issues, The Lion’s Song is still a beautiful game. Everything from the PC and Mobile release last year is included, such as the intertwining story lines, the different endings to each episode, and an epilogue where players can learn more about each act. Furthermore, it plays the same whether you are playing in handheld mode or TV mode, making it a great take-it-wherever-you-go narrative.

The Lion’s Song is a beautiful narrative-focused game if you get passed the sluggish cursor and the slow character movement. Each episode contains its own beautiful story which are woven together to form a satisfying conclusion. Any fans of the art scene in the early 20th century or anyone hungry for a good narrative should definitely board the train on this one.

Sean Anthony likes to combine two of his passions: gaming and writing. Gaming has been a huge part of his life ever since he played his first game as a child, Kirby's Adventure. He aspires to have his name attached to an article that makes the whole world go, "Huh, that's neat, I guess."
Related Articles: Indies, The Lion's Song
Share
Tweet
Share
Submit