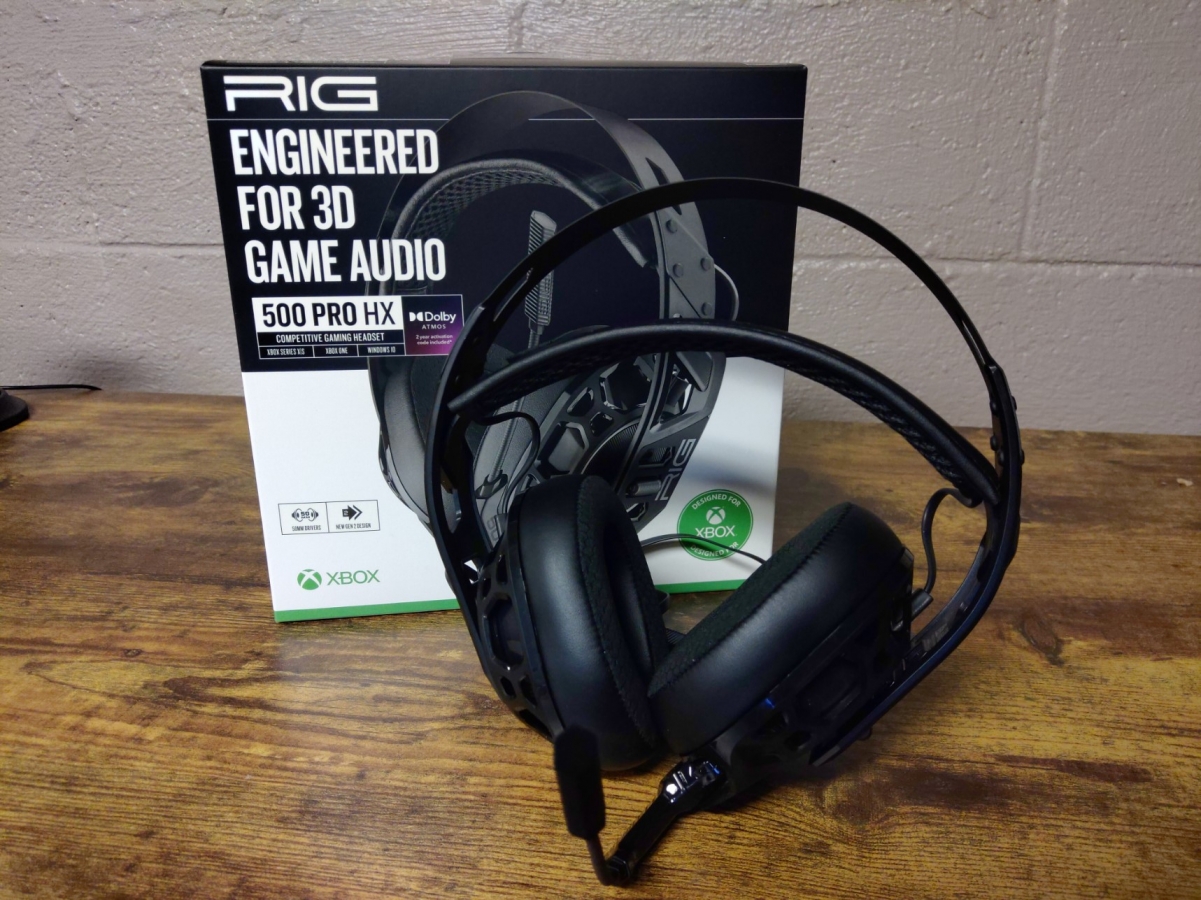 If you didn’t already recognize it, yes, that is a Scott Pilgrim reference. I’ve actually owned a pair of RIG 500’s headphones ever since they were released at GameStop, and took advantage of a sweet employee promotion to get them. They were one of my favorite pairs of headphones, and I recommended them everywhere. Of course, in my line of work you end up with a bunch of different headphones, so I’ve settled into a rotation for different games, and the RIG’s have since become my backups. Even so, it’s a great headset, but the time comes when you must look at your product and see what needs improving. The RIG 500 Pro HX Gen 2 is the next step in the evolution of the series, although not much has changed.

If you were to look at these side by side, like in the picture below, you’ll see that not much has been altered, visually at least. It’s a similar design, and the best thing about the previous was how comfortable and light it is. If you’re like me, you spend a lot of time with your headset on, multiple hours at a time, and a heavy pair of headphones will wear on you as you play. The RIG 500s come in at right over 2 pounds, heavy enough to keep from being flimsy, while light enough to not cause a neckache. Nacon has also stepped up in the quality department, adding the aluminum band seen on the heavier duty models to this one. 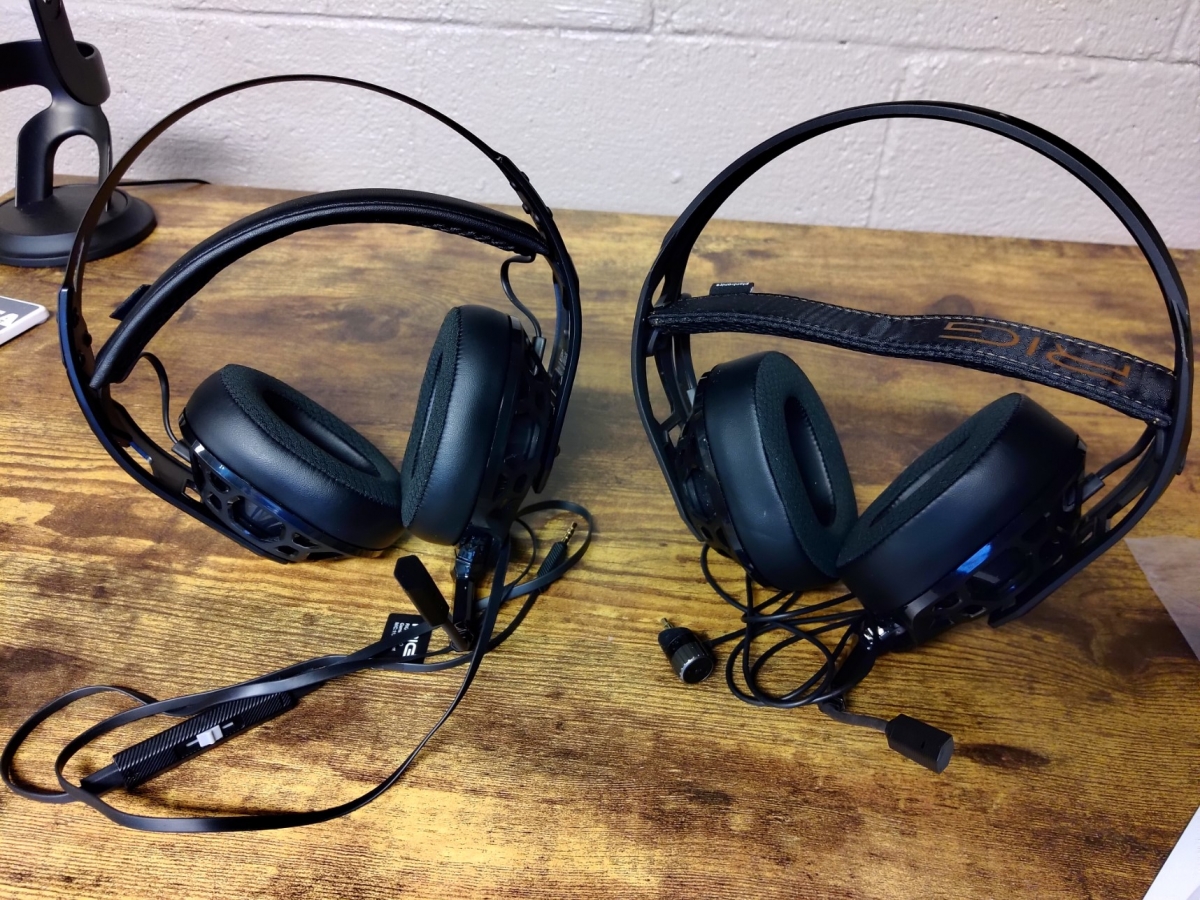 Another benefit that I miss with some of my more recent headsets is the head strap/ski-band. Steelseries has also used this accessory with their products, but a ski-band is simply a piece of fabric wrapped around a strand of rubber that keeps the actual top of the headset off of your head. It relieves pressure, and I’ve been a big fan of it since the original 500s and continuing with Steelseries Arctis 3s. The earcups are another item that are identical to the first set, with a faux leather strip around the outside, but a comfortable cloth material on the area covering your ears. I appreciate this, as generally most faux leather can heat up after extended use and be a bit hot. One thing the earcups don’t do right though: glasses. I have to wear glasses, and not many headsets do it right, and the RIG 500 Gen 2’s don’t correct that issue. The design of the headset causes the earcups to pinch on your head, and while it causes near ideal noise cancellation, it pushes my glasses uncomfortably against my head.

What you hear is important, but what you are able to say is equally necessary. Thankfully, this is another area where Nacon didn’t break the mold, but stuck with what works. The RIG 500s microphone has always had that pro gamer look to me, and it sounds good as well. This is extremely important for a competitive player such as myself being able to communicate with teammates to let them know information prevalent to what we’re playing. Not only does that work well, but I’ve always loved the flip-to-mute design. What gamer doesn’t like to have a snack? This function allows you to very easily throw your mic up without fumbling for a button so that you aren’t “that guy” in the chat crunching on chips, and in general it makes life easy to keep your personal life and gaming life separate. The mic is also detachable, so if you want to use your headset just to listen to music, it’s an easy fix to keep your mic out of the way. 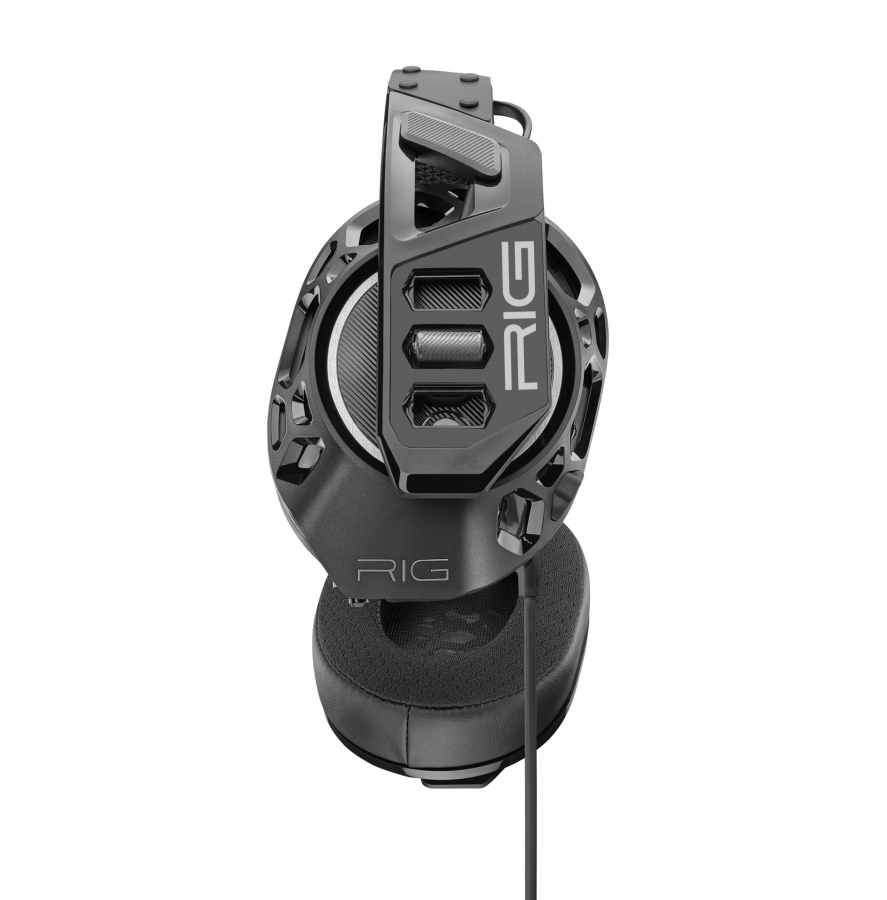 I’d be remiss to talk about mic quality without talking about audio quality, and the headset functions admirably. There are many different headsets you can spend money on, but at the price of $69.99 you can’t do much better. These feature low distortion 50mm drivers that sound fantastic, and the 3D audio you get in tow from the Dolby Atmos 2 year activation code elevates them even more. Honestly, even without it these are a great sounding pair of headphones, and though they are advertised for Xbox on the box, I used them with my PS5 since that’s as simple as connecting the 3.55mm jack. You can hear everything around you, and as I played Call Of Duty I was always aware of what was happening around me, from footsteps to the sound of the keys being pressed on the bomb detonator in Search & Destroy. A good headset will improve your play in any first person shooter, trust me, and the RIG 500 Gen 2 headset in that respect is worth the money.

One of the few things I’m not the biggest fan of when it comes to this new generation of RIG 500s is the inline volume control. The last one was right on the butt of the headphone jack, easy to manipulate the second you needed to with just moving your thumb. While it did make the jack a bit more complex and made it a pain to switch between consoles (a rubber piece was on the jack to help hold it in position), the ease of access for volume control was a hit between myself and several friends. With the new headset, it’s a part of the cord, meaning you have to reach for it. There’s a chance of accidentally knocking it away while reaching for it because there’s no clip to attach it to your shirt, and the slider doesn’t feel like it does as clean of a job adjusting the volume. It’s a little nitpicky to be sure, but just adding something to keep it in place (like a clip), would be appreciated.

I think the old adage “If it ain’t broke, don’t fix it” applies perfectly to the RIG 500 Pro HX Gen 2 headset. If you take a quick look at the original and the new sets, you probably won’t see much of a difference. There are minor adjustments that work to the betterment of the headset, and one in particular that doesn’t in the inline volume. Overall, the RIG 500 Pro’s were already a great pair of headphones, and the RIG 500 Pro HX Gen 2’s continue that tradition.

David Burdette is a gamer/writer/content creator from TN and Lead Editor for Gaming Trend. He loves Playstation, Star Wars, Marvel, and many other fandoms. He also plays way too much Call Of Duty. You can chat with him on Twitter @SplitEnd89.
Related Articles: RIG 500 Pro HX Gen 2
Share
Tweet
Share
Submit