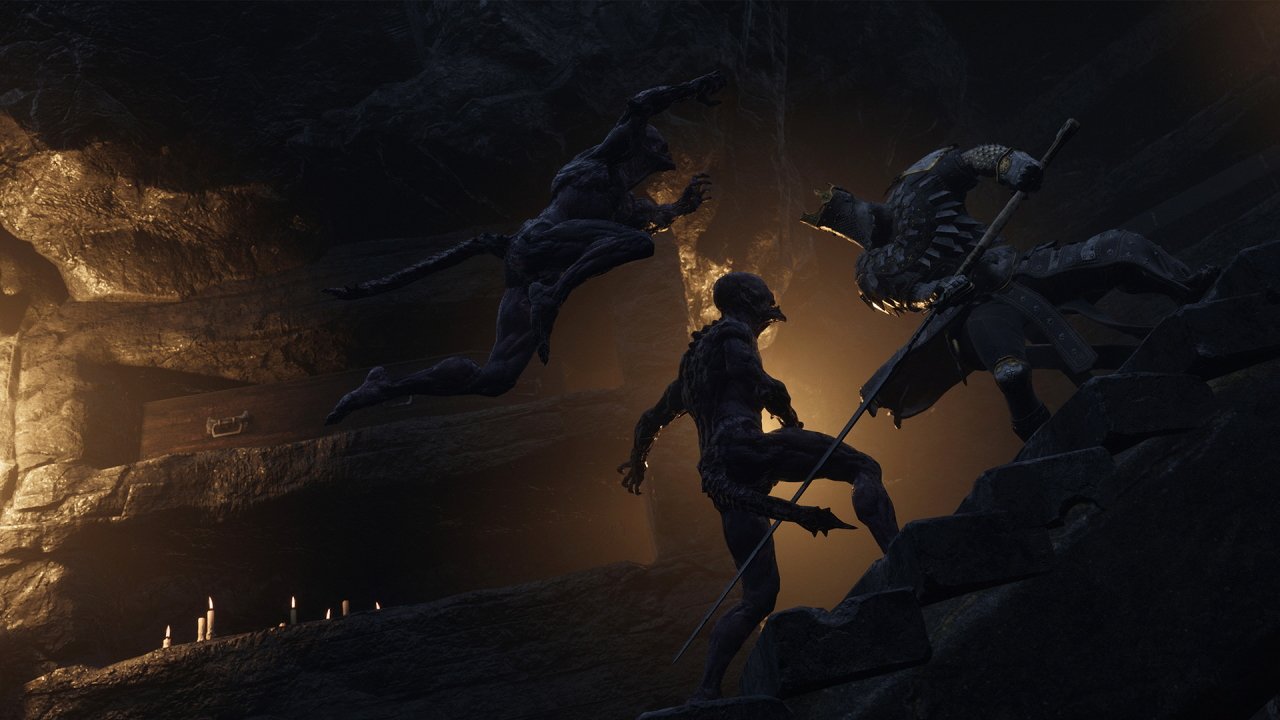 It’s a bit on-the-nose that developer Cold Symmetry’s attempt to hijack the beloved soulslike genre and make it their own is a game where you literally possess the bodies of other people. Tortured metaphors aside though, Mortal Shell actually pulls off the act quite well, with some interesting new mechanics, loads of borrowed ideas, and a technical performance that easily outboxes most of From Software’s own games.

In Mortal Shell, you play as a phantom known as the “Foundling” and must find and possess corpses of the fallen to stand a chance against the ghosts, bandits, and ghouls that stand in your way. In the short, 12-hour adventure you’ll find a variety of shells that encourage different play styles and each have their own unique set of strengths, weaknesses, and special abilities. You might find yourself playing as Tiel, the Acolyte who has a ton of stamina and can jump, dodge and run with the best of them. Or, if you’re a tryhard like me, you might spend most of your time playing as Solomon, the Scholar, whose superior resolve allows you to become a parry paragon. 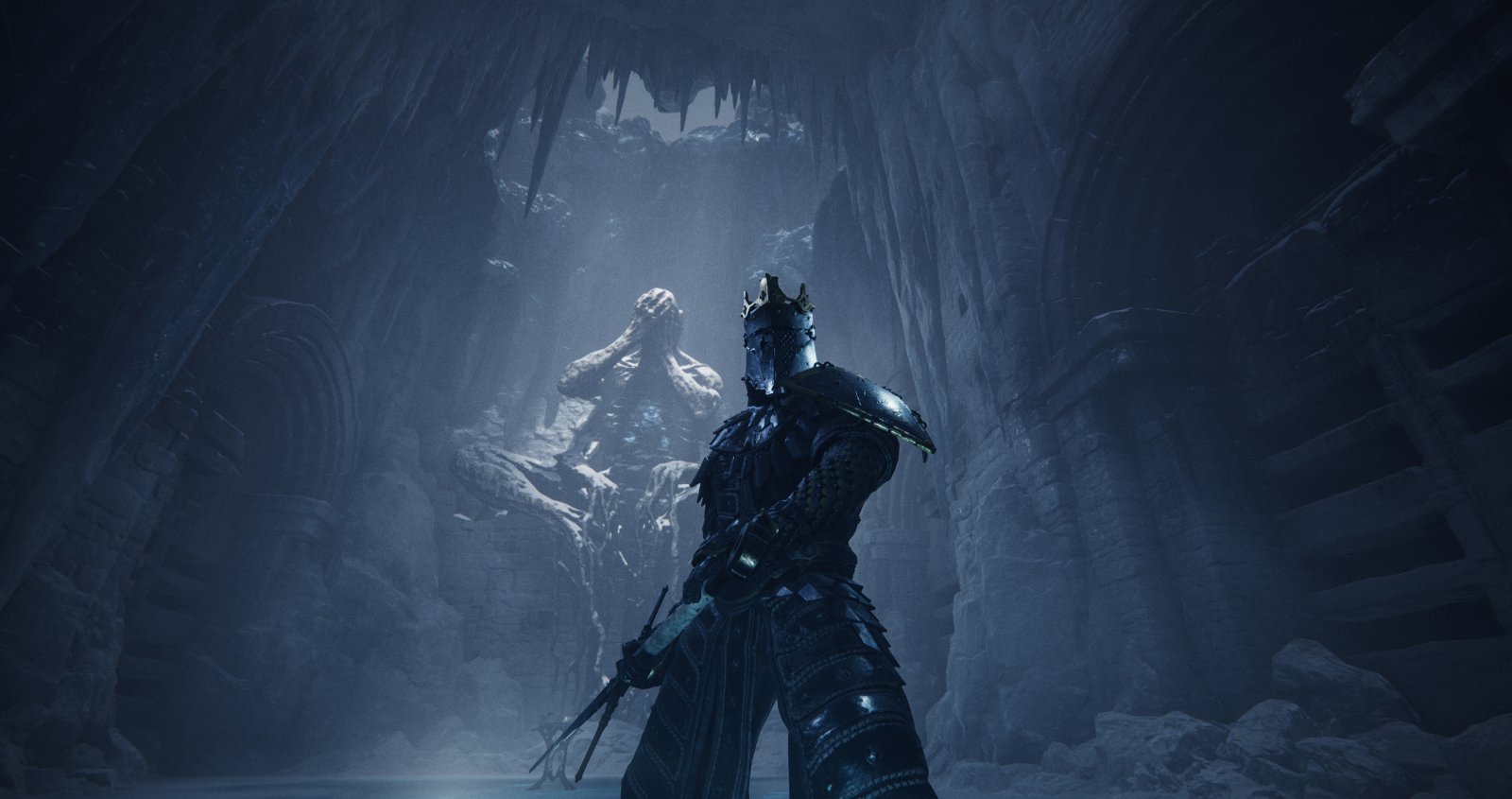 You’ll also have plenty of weapons at your disposal, which are earned by repeatedly finding and killing the tutorial boss, Hadern. Hadern isn’t much for words and is about as ill-mannered as they come, but the weapons he offers are game changers. You can light enemies on fire with the slow and brutal smoldering mace, or slice and dice like an odious sculptor with the hammer and chisel.

Using different shells and weapon combinations isn’t quite as distinct as the Dark Souls series’ different character classes, but being able to switch between the shells at-will allows for you to get a taste of everything in a single playthrough, which really shines through.

Mortal Shell’s biggest failure is also its greatest strength in that it unapologetically rips off the From Software formula in a big way. Enemies respawn every time you reach a save point, creepy characters chuckle at you and say things that make very little sense, and giant bosses try to chop your face into cold cuts like it’s going out of style. All-in-all, Mortal Shell steals a lot more than it adds, but the things it does add are unique enough to be worth your time and actually work quite well.

After each boss fight, you obtain an item that transforms literally the entire in-game world into a horrifying hellscape until you’re able to return to your homebase and complete a ritual, which accounts for some of Mortal Shell’s best moments. The Tarnished Seal’s ability to trigger awesome and satisfying powers when you perfectly parry an opponent is truly awesome. Even dumb things, like the secret alternate ending where you give up your quest and get drunk with a brigand and live a life of contemptable cur is really a lot of fun.

And thankfully, Mortal Shell doesn’t overstay its welcome. Its short campaign wraps up after just a few major boss fights and a memorable finale, even if the story is overly simplistic and ultimately doesn’t go anywhere. Just around the time I found myself getting comfortable with all the mechanics, shells, and weapons the game came to an end, as if sensing my impending boredom.

Of course, Mortal Shell also isn’t a terribly difficult game. The ability to crawl back into a fallen shell after being defeated makes it extremely easy to get through areas and boss fights, and the enemy AI has all the grace and strategy of a Kindergartener playing chess. Most enemies, including bosses, can be beaten by simply waiting for the enemies to flail around helplessly and attacking once they’ve let their guard down. For those looking for a “My First Dark Souls” entry into the soulslike genre, Mortal Shell could be your opportunity to finally get bit. For hardened fans like me with every achievement in Dark Souls 3 (hard flex), this game is child’s play. 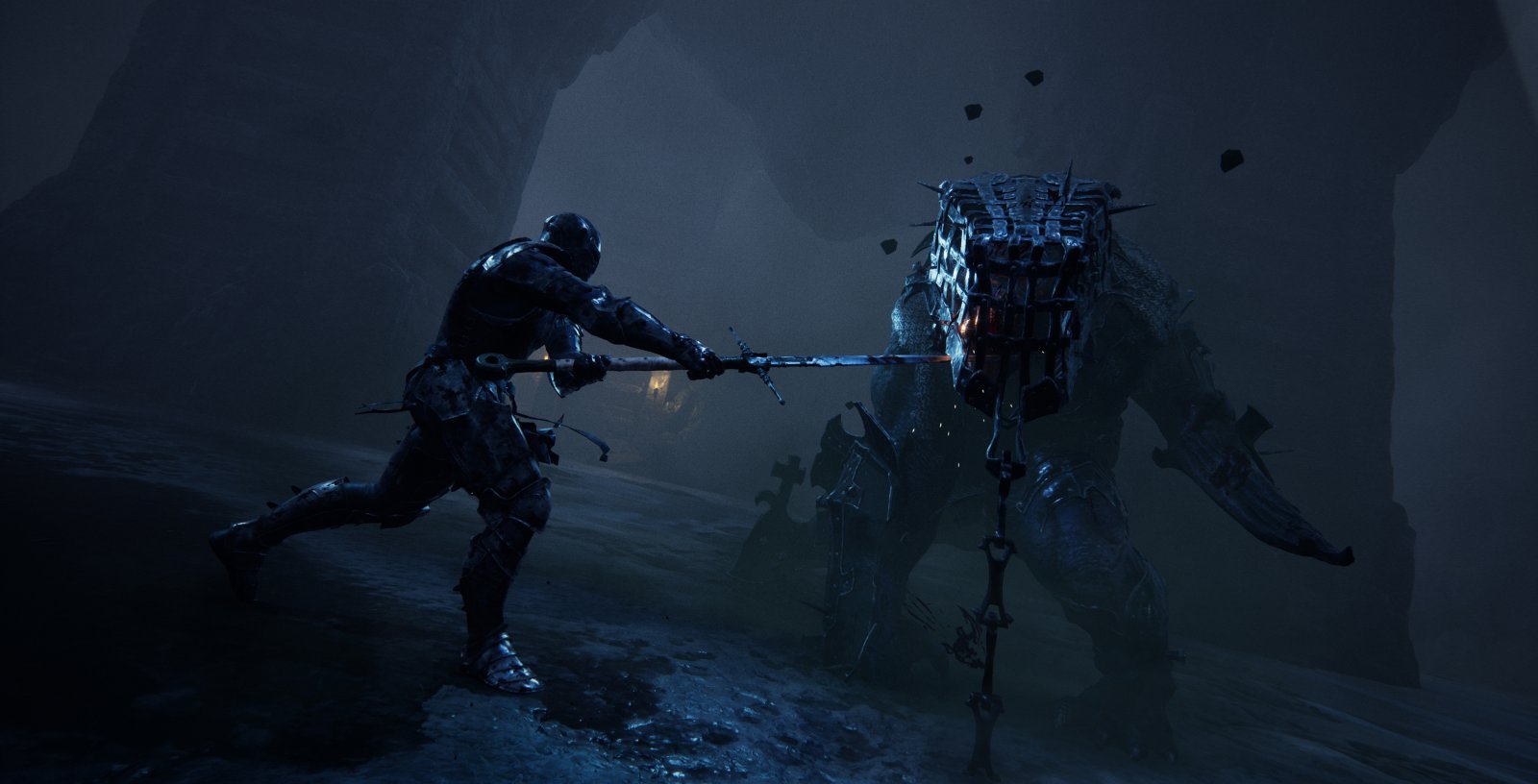 Mortal Shell is also a very beautiful game that performs better and is more stable than the vast majority of soulslike games, which are renowned for their technical buffoonery almost as much as their difficulty. In my initial playthrough and in New Game+ I experienced a grand total of zero crashes, bugs, getting stuck in objects, or even framerate dipping, and that’s kind of a big deal in a genre that’s kinda synonymous with those sorts of issues.

Mortal Shell is an action RPG that uses the sleeve of the soulslike genre to create something unique enough to stand on its own two feet. Though its campaign is short and predictable, the beautiful world, interesting body-swapping mechanics, and strong technical performance more than make up for how liberally it borrows from other games.

You know that jerk online that relentlessly trash talks you after every kill? That guy was probably Travis "Tie Guy" Northup. Competitive, snarky, and constantly wearing a tie, Travis has been writing his opinions about electronic media since he was a teenager, and is pretty much the only person to hold his opinions in high regard.
Related Articles: Mortal Shell
Share
Tweet
Share
Submit