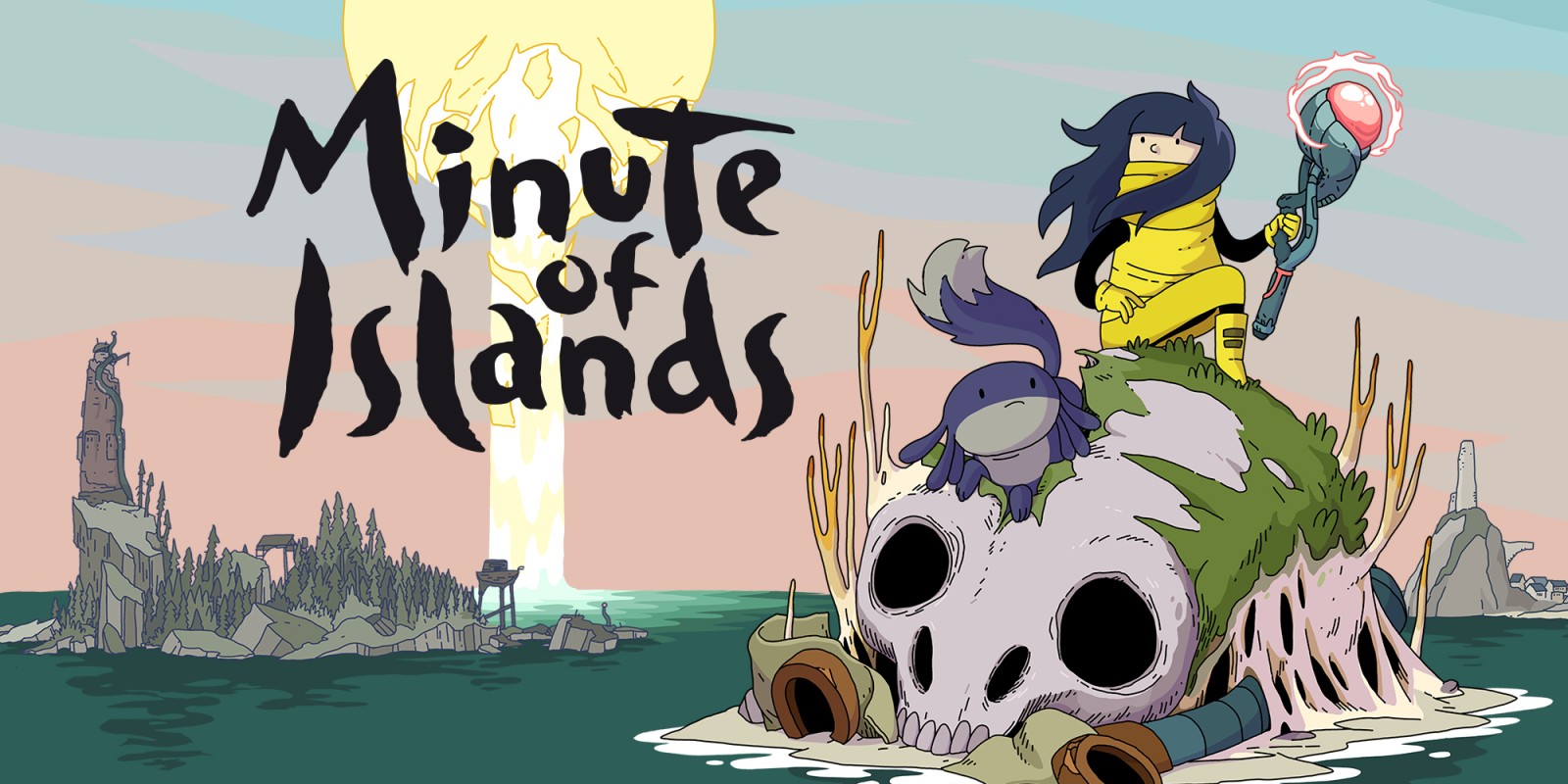 Minute of Islands is perhaps the most beautiful game I’ve played this year. While its narrative elements are also quite touching, it’s hard to protest that its eye-catching 2D animation and aesthetics are what draws players in. The game centers on Mo, a pseudo-misanthrope who enjoys spending her time alone underneath an island. That is, until she’s awoken by the sudden disruption of the islands’ balance when they are engulfed in toxic spores that threaten the lives of its inhabitants. These spores are usually held at bay by the islands’ four giants who power the air purifiers. However, Mo discovers that each giant has suddenly collapsed, so it’s up to her to find the root of the problem and stop the spores from continuously spreading.

The gameplay in Minute of Islands is as simplistic as it can get. As the guardian of the islands, Mo is able to use this neat tool called the Omni Switch, which serves as both a tool for navigation that points players to their next objective, and as an instrument in its light puzzle-solving sections. These sections usually involve players going through each island restarting purifiers, powering machines, and opening up pathways. The game also frequently blends its platforming and puzzle-solving sections and has players climb multiple platforms and navigate its intricate levels in order to get to or complete a puzzle. These sections are also usually simple and straightforward, with very few being thought-provoking. 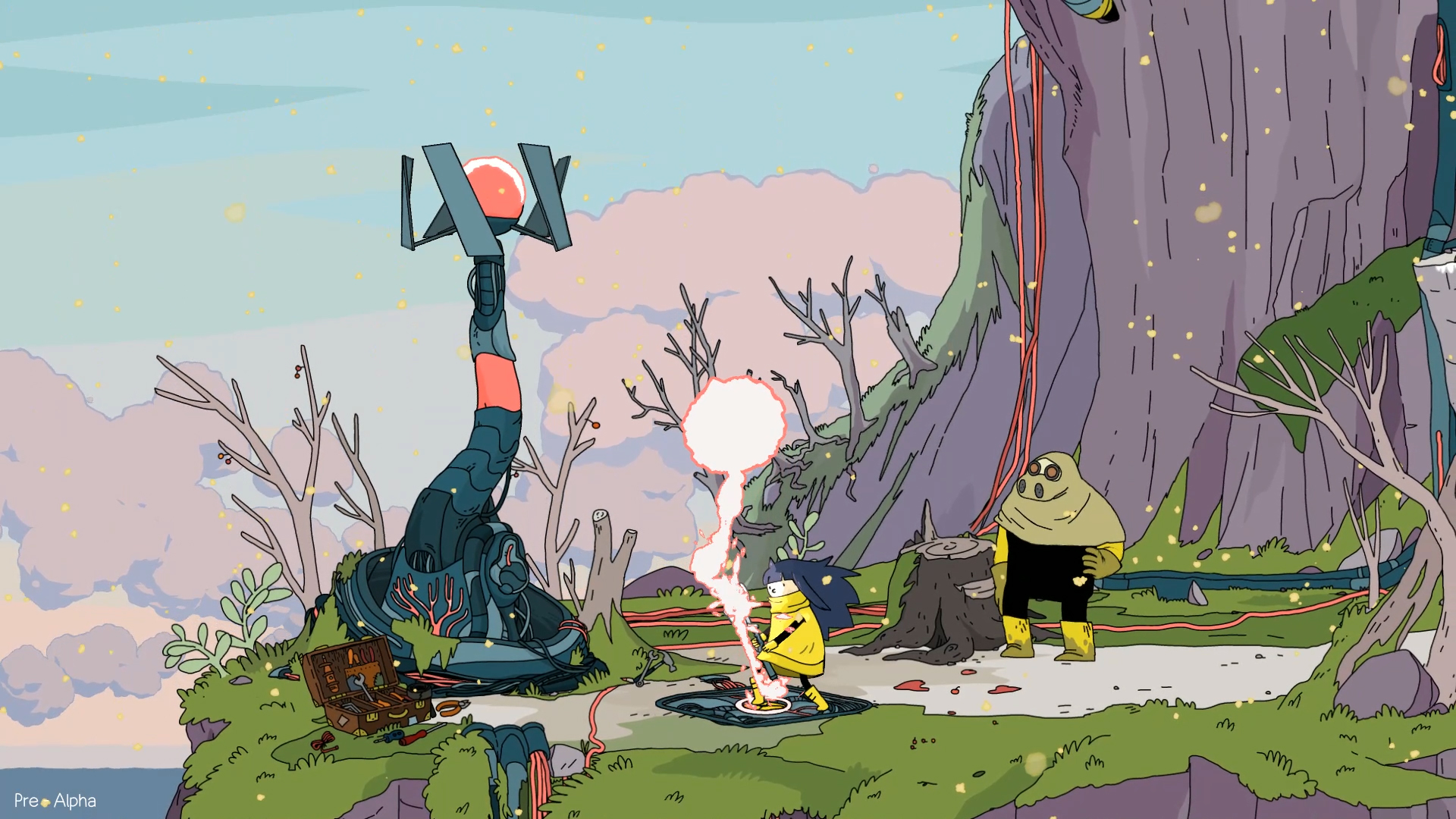 Minute of Islands’ story is a lot more expressive than its gameplay. While we usually follow lonesome Mo on her adventure, the game weaves a story about her ever-weakening connection with her family and the weight of the responsibility she has to deal with as protector of the islands.

Players will find collectibles around each island which serve as lost memories for Mo and help players understand the game’s mysterious world and Mo’s past. The story is also greatly enhanced by the excellent narration from Megan Gay, who helps players understand what’s going on by pointing out key plot points and linking the game’s story elements together. She also does a good job of providing a voice to the otherwise voiceless characters. However, while the narration was surprisingly an excellent fit for the game, I couldn’t help but wish the characters had their own voices to better portray the more emotional parts of the game. 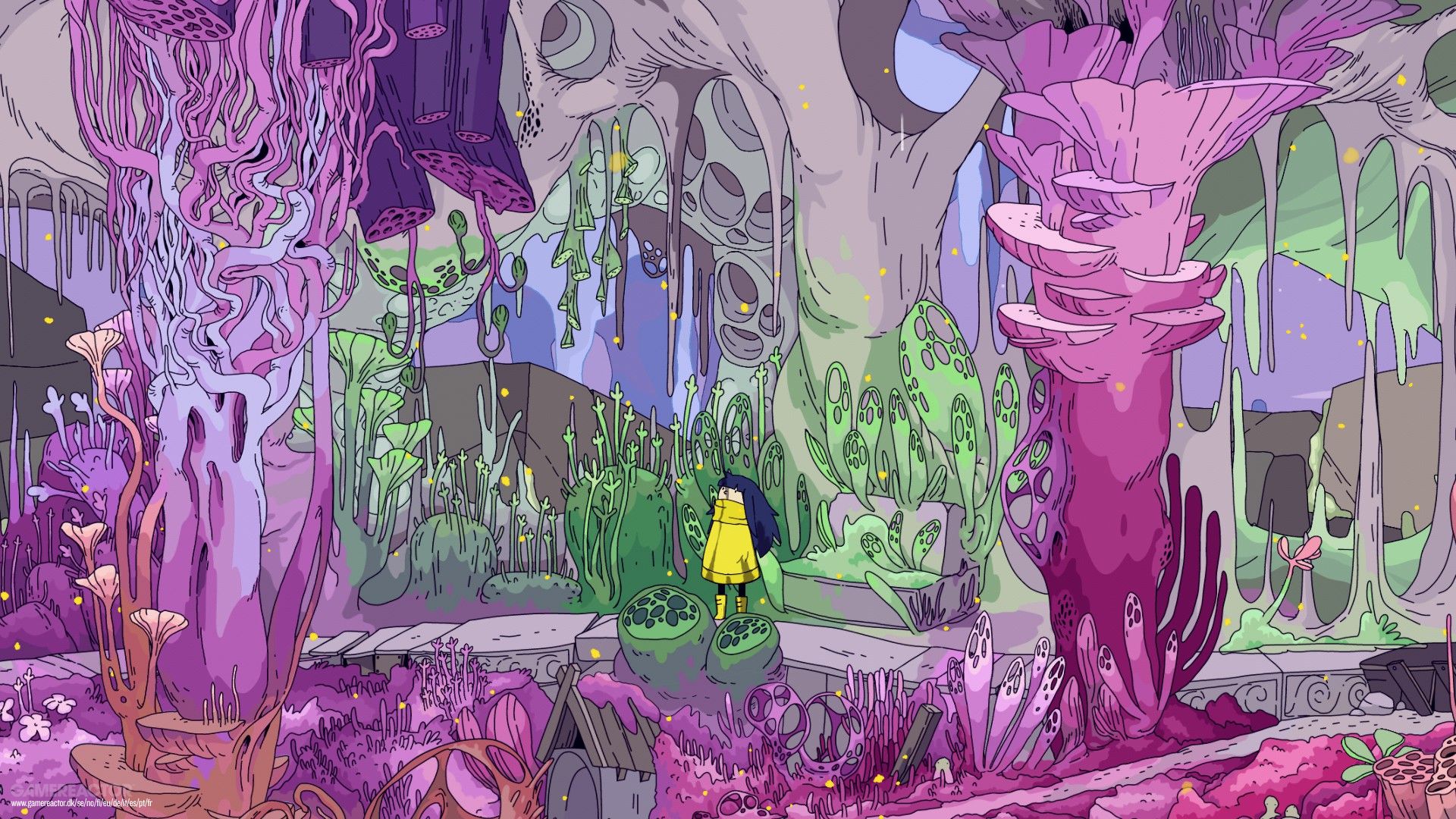 Visually, Minute of Islands is nothing short of mesmerizing. The game’s cartoony visuals and awe-inspiring background art help push the player to see what more they could uncover about its desolate yet intriguing world, and its 2D animation also felt like playing a fleshed-out spinoff of Adventure Time. What’s more, the game’s visual storytelling evolves as you progress each level, getting darker along the way.

At the start of the game, players will notice backgrounds that are a peculiar biochemical mix of flesh and machine to outline just how strange both the giants and the islands they power are. As players move past the game’s underground sections, they’ll then encounter beached decayed whales along with other rotting animals that have fallen victim to the toxic spores. Later on, they’ll also see trippy and bizarrely structured levels during moments of Mo’s hallucination as a result of breathing in the spores. These sections do a great job of serving as a juxtaposition to the game’s otherwise bright, colorful, and visually pleasing aesthetic.

In the technical department, Minutes of Islands work as well as it should. I experienced no issues playing on a PS4 Pro. However, it’s hard not to point out how slow the gameplay is at times and how unsatisfying the platforming sections are. What’s more, while the puzzles don’t waste the player’s time, their over simplicity and repetitiveness do cause some pain in the game’s later sections. 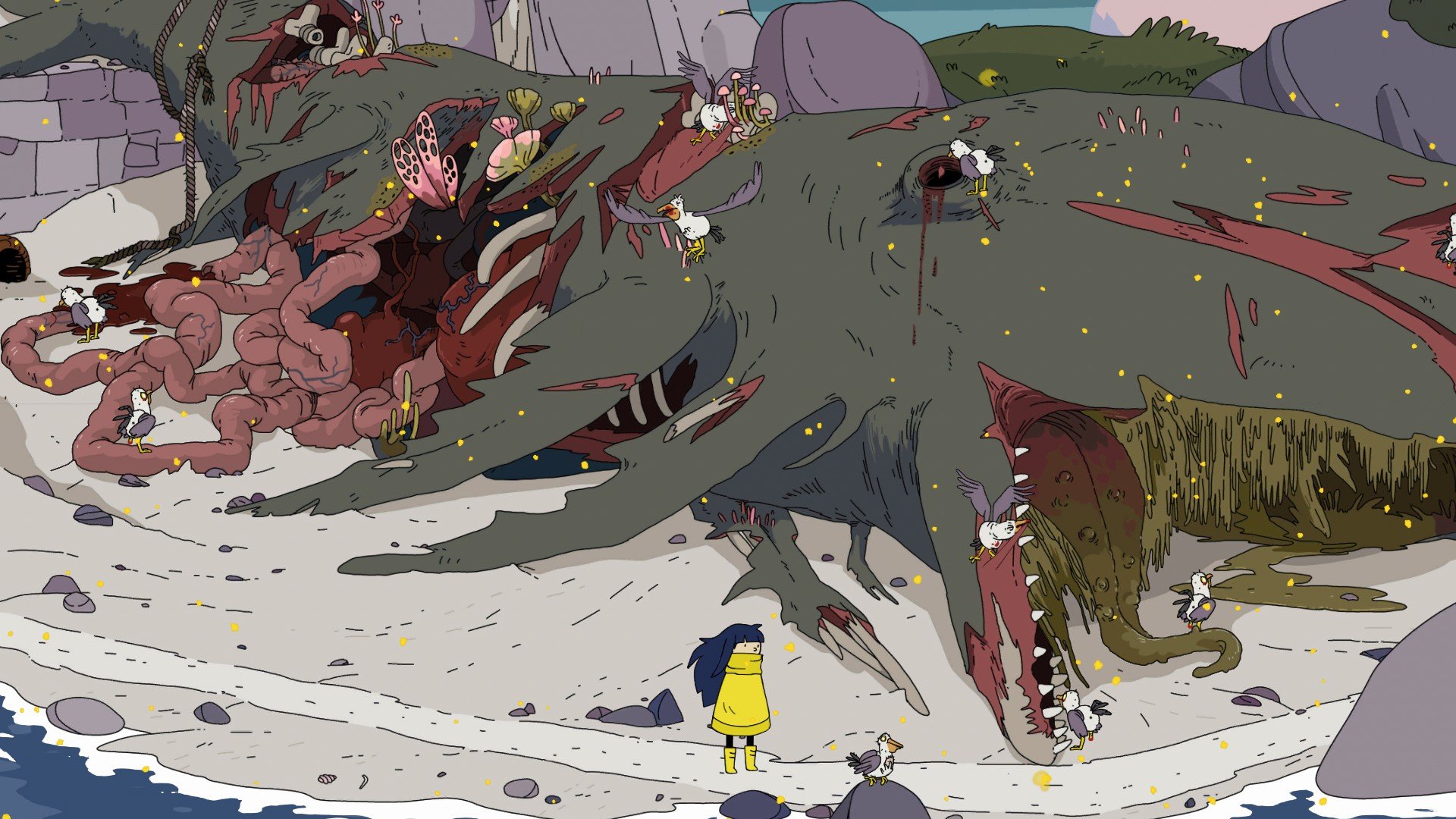 Overall, Minutes of Islands is truly an impressive game, both visually and narratively. Its gorgeous visuals quickly capture the player’s attention and the story keeps them engaged. While its slow-burn nature might deter some players from experiencing what it has to offer and the limited gameplay can be disappointing at times, it’s hard not to admit that it does what it does well.

Minutes of Islands is truly an impressive game, both visually and narratively. While its slow-burn nature might deter some players from experiencing what it has to offer, it's hard not to admit that it does what it does well.

Abdul Saad is an avid gamer and computer geek. He's been writing for four years on news, reviews, previews, and more on multiple gaming sites. When he isn't writing or playing the latest JRPG, he can be found coding games of his own or tinkering with something electrical.
Related Articles: Minute of Islands
Share
Tweet
Share
Submit