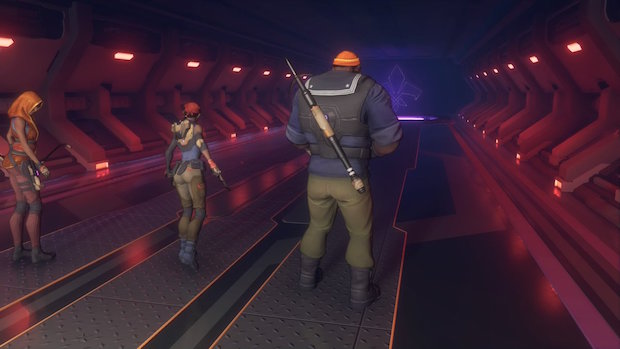 People talk about the difficulty of integrating comedy into video games ad nauseum, but few mention the fact that comedy ages in video games in ways that it doesn’t in other mediums. The comedy in the Saints Row series has long been impressive, typically self-deprecating, referential, and off the wall in a really lovable fashion. But looking back, it’s hard to imagine playing through one of those open-world adventures and being fully enthralled by the comedy brought about by playing a level as a toilet. Comedy in video games continues to age, and Agents of Mayhem, the newest Volition developed game set in the Saint’s Row universe, tries to avoid feeling archaic simple becasue of writing. But it does so by ripping away all the things that made Saint’s Row narrative appealing. This leaves the up-close action in a precarious situation of trying to hold up the quality of an increasingly unfunny game.

The biggest difference in this spiritual successor is that you’re no longer dealing with the Saints, but instead you’re a group aptly known as the Agents of Mayhem. You and your teammates are assembled by a powerful, mysterious leader that wants to take down a force known as Legion. Legion is your typical heel group, wanting to control the world, brainwash citizens, and so on and so forth. The boredom of the premise is matched as the game continues forward. There are few twists and turns, and nothing really surprising happens within the campaign. It just moves forward in the exact way you expect, all while you shrug your shoulders. The real pitfall of the story, though, is not the lackluster progression, but rather the lack of character development for your slew of unique personalities.

The core of Agents of Mayhem is built around you choosing three characters and taking on whatever mission sits in front of you. These characters are different Mayhem members that have their own unique abilities, with some being more agile, some being more assault-focused, and some being larger, tank-style characters. You begin with a base three characters then branch out as the story goes forward by completing specific side missions that establish various backstories for these individuals.

The stories presented can actually be pretty interesting: for example, one character is dedicated to curing the plague Legion unleashed in her home of Mumbai. But the game fails to build off of that base, and instead just kind of falls on its face whenever it tries.There are further side missions that dig deeper into the character’s stories but none of them are particularly enthralling, and that’s due to both the writing and painfully repetitive mission design.

This is the largest aspect that hurts Agents of Mayhem as it trudges forward, your mission objectives are painfully repetitive. You can show a friend thirty minutes of the game, and they would’ve seen basically all there is to see. You get an objective, run into a group of baddies, kill said baddies, hack something, then move onto the next phase of your mission. You continue this until mission complete. Wash, rinse, repeat. There’s no doubt that this simple design can lead to some enjoyably mindless moments, but that mindless feel hurts the game more than it helps when you’re eight hours in and still doing the same thing over and over.

This becomes more disappointing when you realize just how impressive the moment to moment action in Agents of Mayhem is. The Saints Row franchise has never been known for its impressive combat, but AoM builds upon it by adding special superhero-like abilities that make the combat more enthralling. On top of that, the floaty controls of Saints Row feel tightened in a way that make running and gunning really enjoyable. Not to mention the satisfaction that comes from building the perfect set of three and using them all efficiently, as some characters can take down shields quicker, some are better against armor, etc. One of the biggest worries about Agents of Mayhem was if this three team, no co-op concept could work out, and it definitely does. When you’re in a groove, Agents of Mayhem is a hell of a time. But then you get your next task, and it’s the same as your last, and you realize that hell of a time cannot be easily replicated with such simplistic design.

Agents of Mayhem takes place in future Seoul. South Korea, a very interesting setting and one that hasn’t really been explored in video games. But, as you may expect, the game does very little with such a unique location. It’s an open-world with nothing to do, apart from the occasional checkpoint race. You cruise around the brightly lit city and just hope something will pop off around you, but it never does.

The Volition look comes through pretty clear in Agents of Mayhem, with lots of bright colors, and a particular affinity for throwing purple all over the place. It’s a visual style that still holds up, and fits the tone of Agents pretty well. It’s an easy to look out, chilled out look. Unfortunately, the PS4 version experiences some pretty hefty frame rate dips as explosions begin to pop off around you. There are instances where you’re in tighter areas and you get a glimpse of what 60 frames looks like and it’s wonderful, but even a constant thirty would be better than what sometimes occurs.

Agents of Mayhem succeeds in some ways that I didn’t expect possible. I didn’t think the swapping of three different characters would work so well, but it does on the back of unique abilities and the seamless swapping animation. But it really slips up in almost every other avenue, with a lifeless story, repetitive mechanics, and horrendous humor. It can provide some mindless fun that’ll help you turn your brain off for a bit, but this kind of successful concept deserves more than that. Agents of Mayhem could have been a summer hit, but it slips up too much to fully impress.

Agents of Mayhem is a very interesting game with some wild concepts, many of which didn’t seem like they would work out. While the combat is enthralling, the mission design surrounding it is consistently disappointing. The city of Seoul is wonderful and begging to be explored, but that’s not something Agents of Mayhem encourages through its design. Agents of Mayhem is hit or miss, but has more misses than hits.