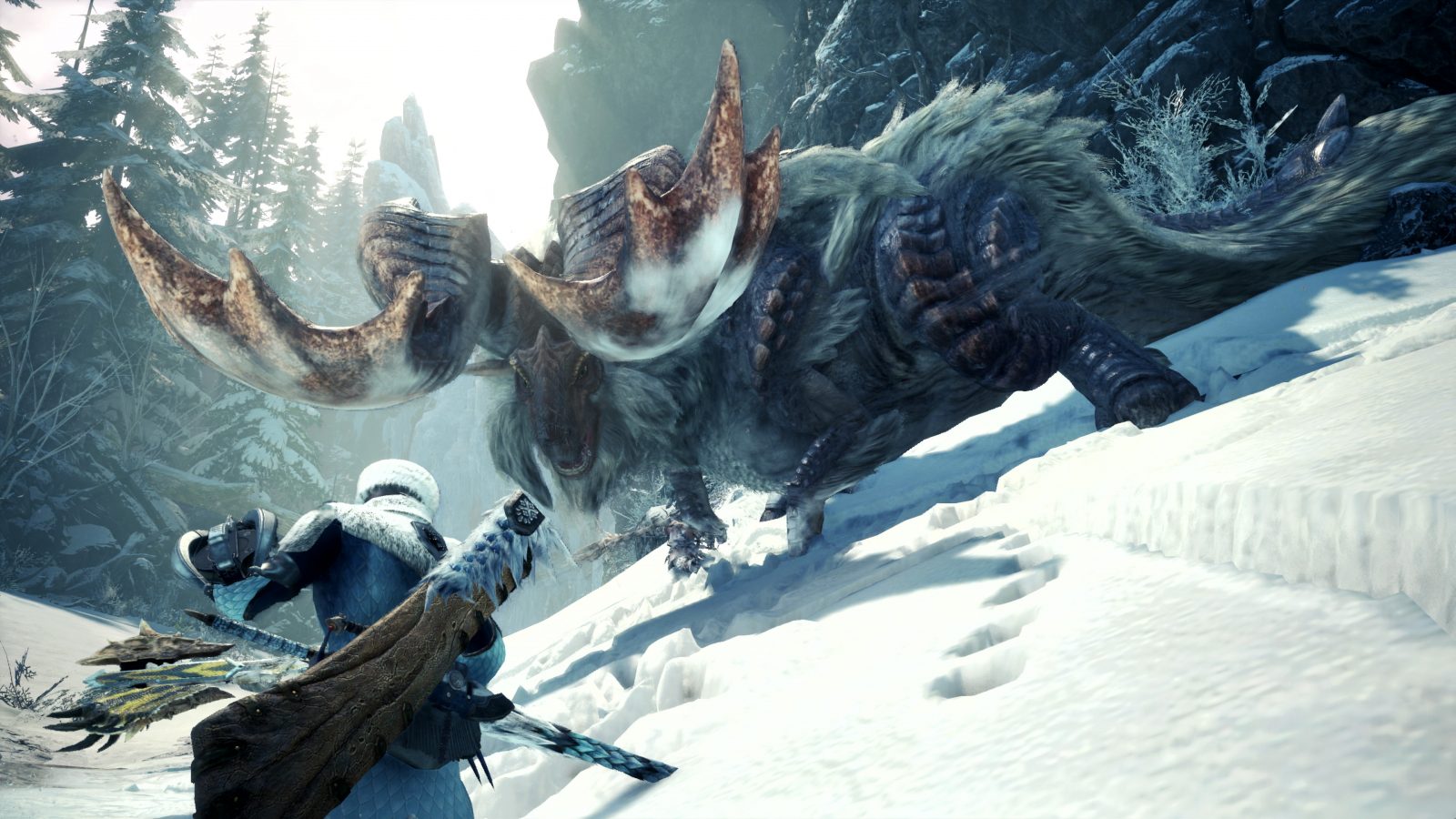 Monster Hunter World: Iceborne is really cool. That’s the first of many puns I may be making throughout this review, but honestly. The base game of Monster Hunter World was easily the best in the series with loading zones removed, monsters having turf wars, the incredible quality of life changes, but somehow, Iceborne has topped all of that. It adds more quality of life changes, more story, more locations to visit, and most importantly, more monsters to hunt. 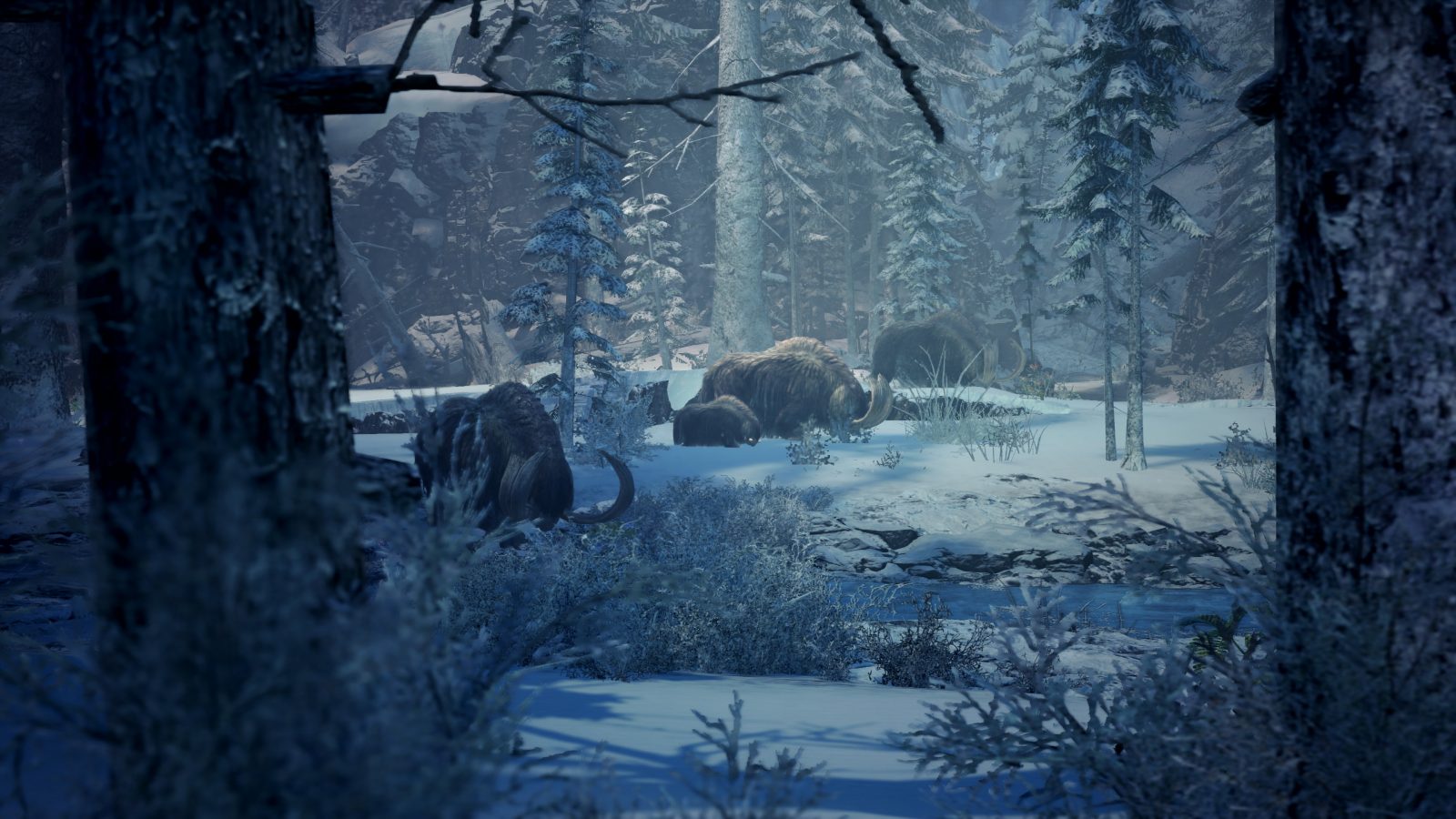 Monster Hunter World: Iceborne isn’t just a DLC pack, it’s a full on expansion that builds upon the base game for everyone hungry for more. Endgame of Monster Hunter World had players fighting tempered monsters in hopes of getting good gems, but Iceborne increases the challenge significantly. High rank and low rank quests have been placed into their own separate category to make room for master rank quests. These quests have their own rank aside from hunter rank, and your master rank will increase the more master rank quests you do. Each monster in this classification of quests has been beefed up to the point where I struggled immensely on my own. But such is the life of a Heavy Bowgun player.

Old monsters show up in master rank quests, especially at lower levels, but the story quests really want to put an emphasis on some new faces in the game. Several of these are returning favorites such as the third generation’s Brachydios, Monster Hunter Generations’ Glavenus, the second generation’s Tigrex, and many more. However, the story focuses on a new ice-themed elder dragon, the Valkhana. The story is simple, as the Valkhana has appeared in the new world and is threatening the ecosystem due to its very existence. 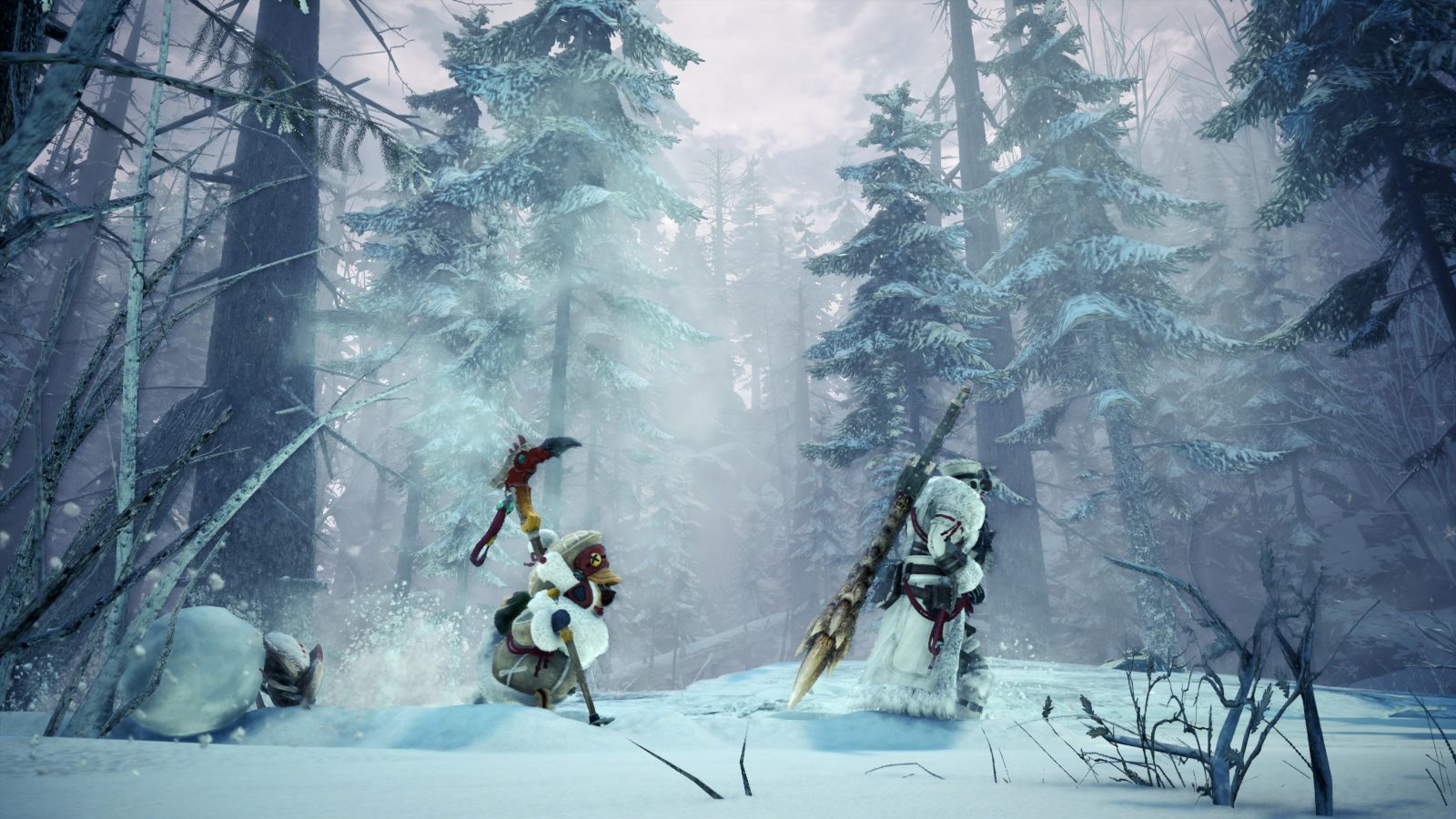 You don’t have to worry about fighting a plethora of powered up wyvern with only the weapons and armor you’re used to, as you’ll now have access to master rank armor and several new tiers of weapons. It now appears that the rarity goes up to 12, but expect to hunt several master rank monsters before you can get your hands on the superior equipment.

Fortunately, the expansion understands that it’s going to be difficult. Instead of throwing you into quests where you’re kicked out if you fail a certain number of times, Monster Hunter World: Iceborne sends you on several expeditions at first, where new monsters and variants of familiar monsters appear. You can faint as many times as you want while you hunt them, as you’re technically still on an expedition. This was a smart way to ease players into the gruelling world of master rank quests, as they can easily craft some master rank equipment afterwards. Personally, I fainted five times on each of the beginning expeditions, but such is the life of a Heavy Bowgun player.

Monsters and gear aren’t the only things powered up. Your slinger has a new ability in addition to being able to use it while your weapon is out: the clawshot. The clawshot can be used to climb onto a monster and do a few actions. You can attack one specific part of the monster to make it weaker for a short amount of time, or you can unleash all of the ammo in your sling onto the monster to make it charge forward. Lastly, you can change the direction the monster is facing, meaning that you can make the monster face a wall, unleash all of your ammo into its face, and watch it slam into the wall, toppling over.

But, the clawshot isn’t without its risks. If the monster is enraged or if it decides to do hectic movements while you’re climbing onto it, you’ll be thrown off and lose a bit of health. This risk and reward system makes the clawshot a natural addition to the game, and seeing several players attempt to weaken the monster for the benefit of everyone else is a beautiful sight to see. 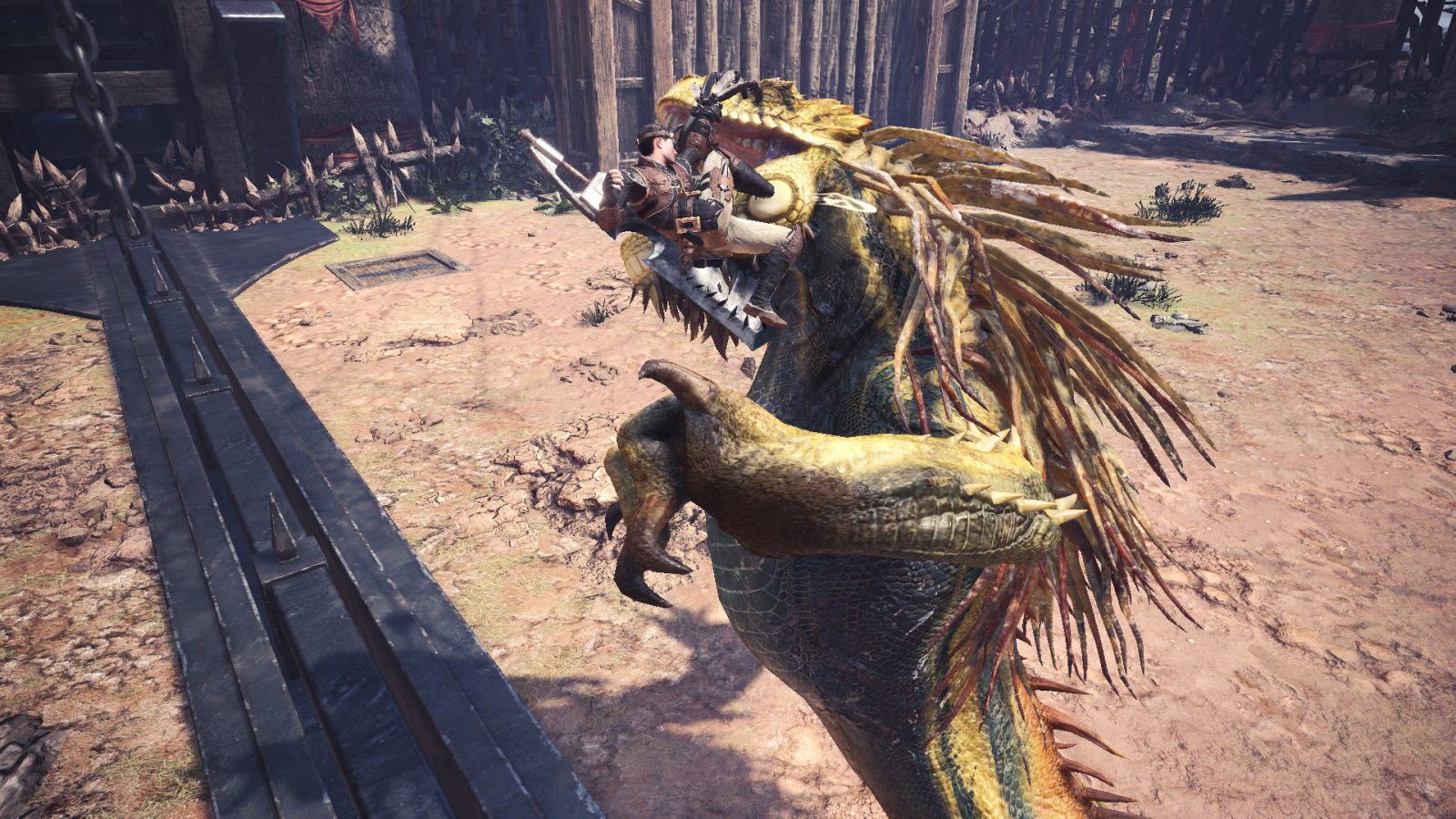 I haven’t begun to talk about two of the other stars of the Iceborne expansion, the new hub Seliana and Hoarfrost Reach. Hoarfrost Reach itself is huge and covered in ice. In order to navigate it properly, you need hot drinks, which finally make their appearance in this game. Fortunately, if you forget hot drinks, you can grab fire herbs outside almost every campsite and craft them quickly. Forgetting your hot drinks isn’t as bad as forgetting cool drinks in Elder’s Recess however, as you’ll only take a hit on your stamina instead of health.

The area itself is beautiful. It’s covered in snow and ice and traversing through the snow will leave a trail that’ll last until you leave that area. These tracks are also left by the surrounding monsters and your handler. While fighting monsters in certain areas, the ice may collapse, sending you into a completely different area. There was an unfortunate incident where I was on the collapsing ice while the monster was fighting my co-fighter, leaving him alone while I navigated back to where I was. 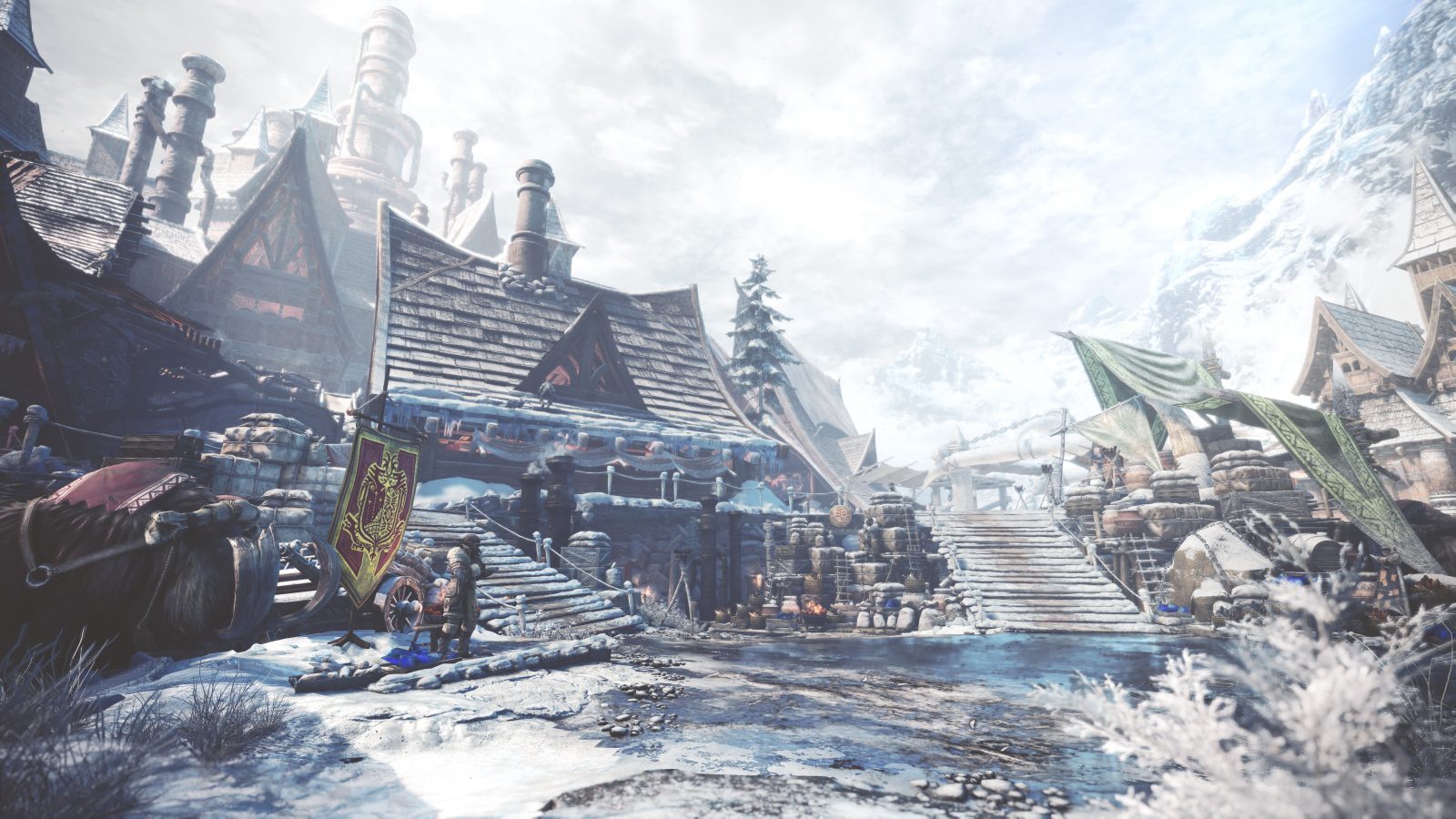 One of the greatest additions in this expansion is Seliana, the new hub. Asteria is a nice hub, but everything seemed to be far away from each other, making it a chore to traverse. Seliana is more dense, meaning less time traveling between different facilities. It hosts several quality of life changes that players have been looking for. I’m not sure if it’s because of the expansion or not, but there’s finally a “take all” option when you defeat a monster and are collecting your rewards. In addition, you can finally check on the tailraider safari without having to go to your room, but I still recommend you check out your new room anyway.

It’s gorgeous and customizable. You can unlock new decorations through quests, giving you more of a reason to come back to your room and hang out. While you can’t select the exact placement of things, there’s a wide variety of changes you can make to what is available. For example, there are these crude drawings of palicos you can put on your wall if you’d like, and I happened to fill my entire wall with them without any regrets. It’s truly a work of art. 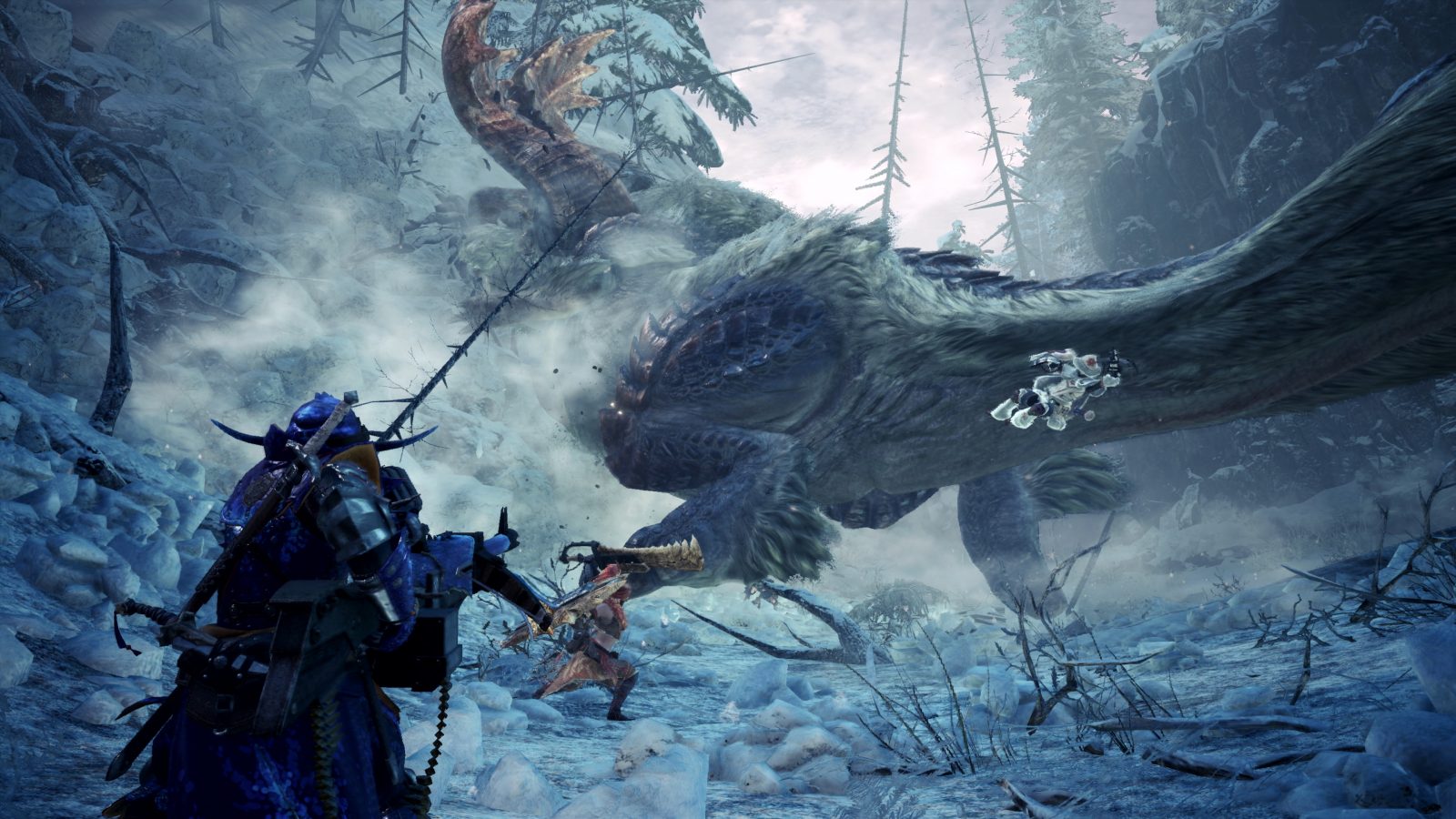 If there were any gripes I had with the expansion, it’d be that the Hoarfrost Reach seemed to have a longer load time than the other locations. This was fine in quests that you could load while taking care of chores, but if you’re going on an expedition to the area, you can expect to wait quite a while for the map to load. This is only a minor complaint since you may not be going on expeditions frequently.

In the end, Monster Hunter World: Iceborne is more than just an expansion. It transforms the game in unique ways and offers a good amount of new monsters and monster variants. I haven’t even begun to get into explaining the endgame content, but there’s no better reason to get back into the game than with Iceborne. I even recommend new players pick it up. While there isn’t enough content for low rank players, both the base game and Iceborne are available for how much the base game was when it was first released. If you haven’t yet had a chance to dive into the world of Monster Hunter, now’s the time.

Monster Hunter World: Iceborne adds just what Monster Hunter World needed and even more quality of life changes to the greatest Monster Hunter game of all time. The new monsters and quests pack a punch, and there’s enough content to justify the price. If you’re going to take on this cool expansion, make sure you bring along some friends and a few hot drinks.

Sean Anthony likes to combine two of his passions: gaming and writing. Gaming has been a huge part of his life ever since he played his first game as a child, Kirby's Adventure. He aspires to have his name attached to an article that makes the whole world go, "Huh, that's neat, I guess."
Related Articles: Monster Hunter World: Iceborne
Share
Tweet
Share
Submit