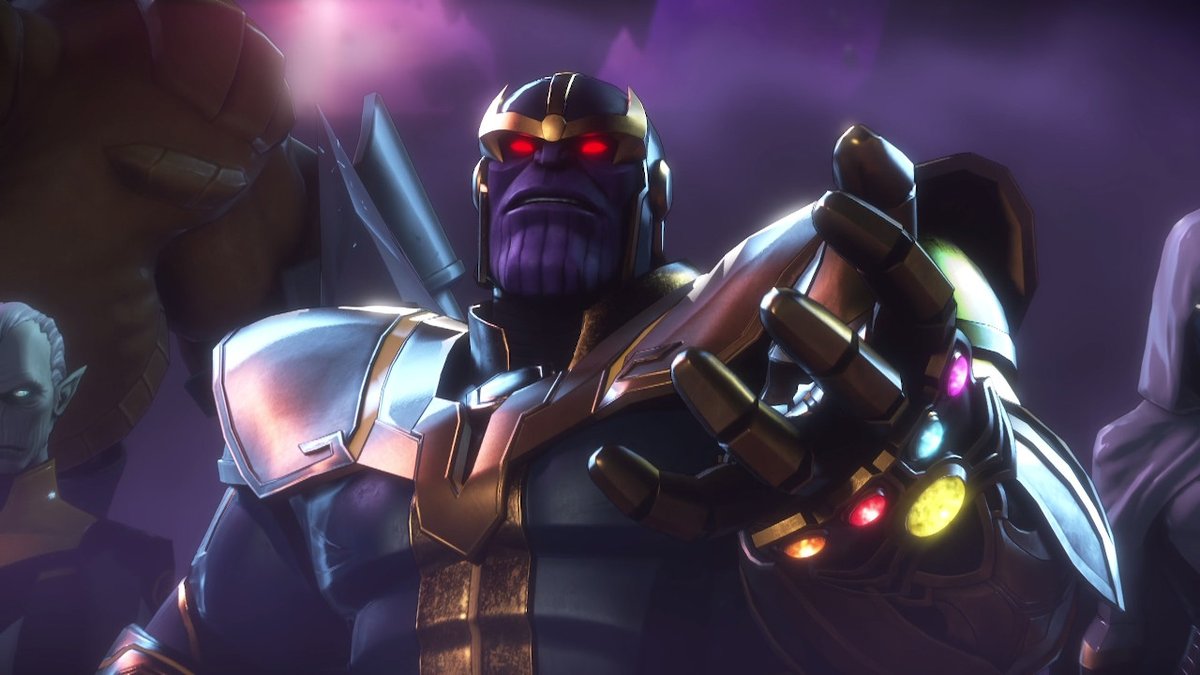 Largely, the resonance and fun factor of Marvel Ultimate Alliance 3 can be determined personally by answering one simple question: do you enjoy comics? If the answer is yes, as it is for myself, there are few games on the market currently which capture the spirit of reading an event comic better than this. The game’s success on this front is two-fold: the presentation and the inherent gameplay feel. To speak to the former, Ultimate Alliance 3’s world is steeped in the comic side of the Marvel mythos. While the locales and characters will largely be familiar to avid fans of the MCU and Fox Marvel films, everything is wrapped up within the comic interpretations of these icons. As such, this melding of comic and film sensibilities under one saturated, stylized art direction is very successful at facilitating the set piece moments and character interactions which so clearly evoke the comics.

The development team evidently has a deep appreciation for the Marvel universe, demonstrated through the quippy writing and evocative cutscenes. While the storyline and dialog can veer into the direction of camp a little too much for my tastes, I found myself roundly engaged by conversations and story beats unfolding in front of me. The stakes are about as high as you’d expect from a crossover event of this magnitude, and while some moments do feel a bit convenient for the sake of progressing the narrative, I could hardly complain when the comic fan inside of me was jumping up and down excitedly at the actions unfolding on screen. 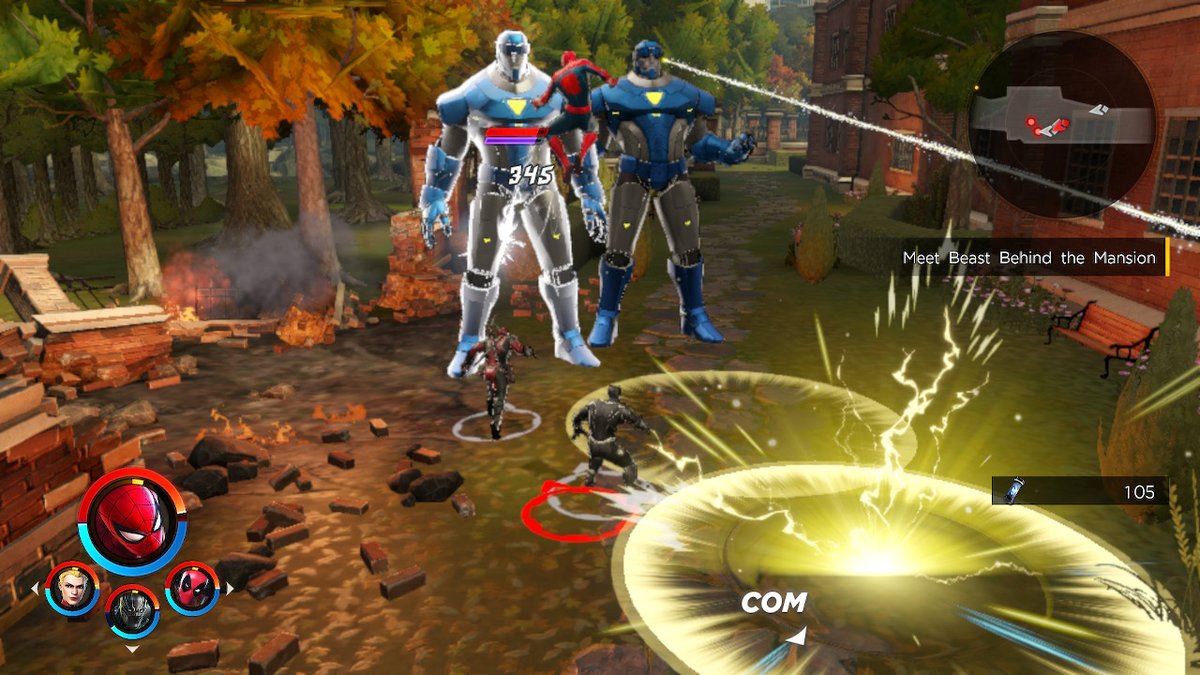 As previously mentioned, though, the presentation is only one aspect of Marvel Ultimate Alliance 3’s success in creating a game that is pure, unfiltered fun. The other aspect that resonates just as strongly is the gameplay itself in the sense that it creates a nearly unparalleled superhero power fantasy. The high watermark for a game of this ilk is its ability to evoke the sense of power and gravitas its respective heroes carry in the comics. Ultimate Alliance 3 clears this bar with ease, and regardless of which character I was playing as, their moveset and gameplay style left me feeling empowered and able to pull of the sort of sequences that would leave me feeling awe-inspired after spending minutes pouring over a two-page action spread in a comic.

This commitment to game feel also goes a long way to battling back the gameplay repetition inherent to titles of this genre. For the uninitiated, Marvel Ultimate Alliance 3 is essentially an isometric beat-em-up with light RPG mechanics. The gameplay loop largely revolves around entering a new location, traversing its hazards, beating up waves upon waves of baddies, fighting a few bosses, and calling things a day. Rinse and repeat for ten chapters. Now, while the game’s formulaic mission structure becomes more and more apparent the deeper into its campaign that you get, the previously mentioned heroic game feel prevented me from growing tired of its inherently simple design. Each enemy encounter largely feels the same, and each individual enemy can largely be defeated using the same strategy, but your approach to each fight is where the gameplay variety and freshness is derived.

Every character on the roster is equipped with the same archetypal moveset: one light, one heavy, and four special attacks. What shape those attacks take, though, is entirely dependant on which character you’re playing as. For instance, playing as Black Panther feels rather different than playing as Spider-Man, as the former is optimized for ground-based brawling, whereas the latter specializes in quick, air-based web projectiles. Swapping characters informs your gameplay approach, and considering that you always have four heroes with you at all times, a fresh gameplay style is only ever a D-pad press away as you can freely change your hero at any time. 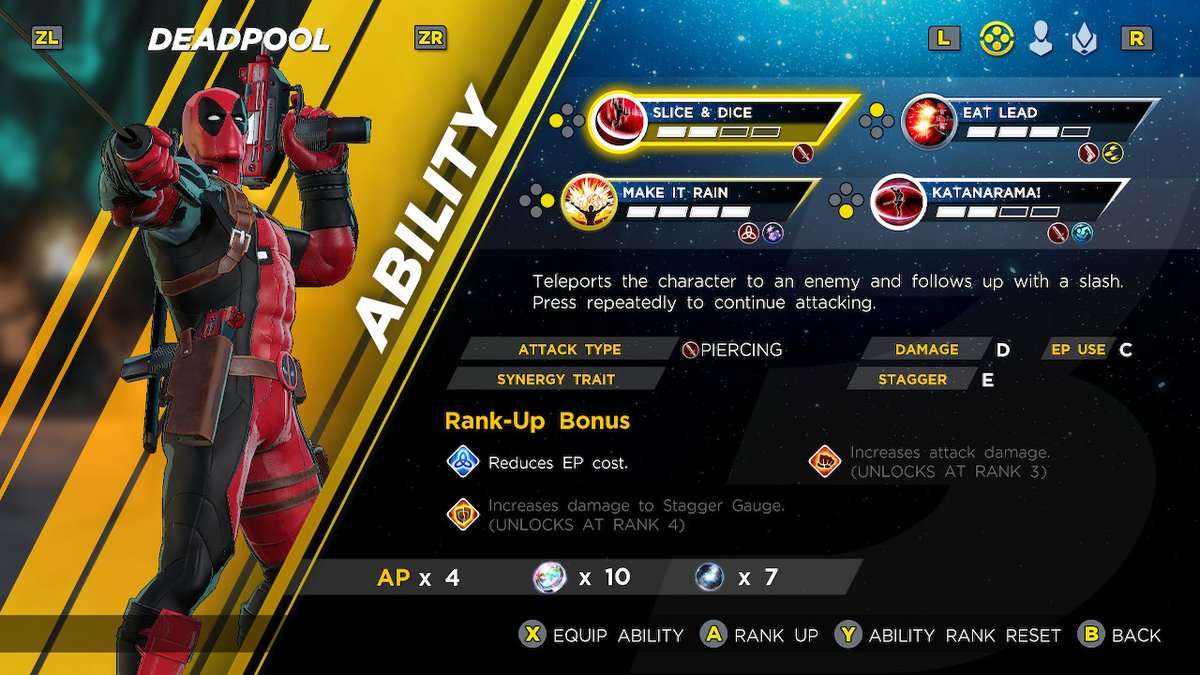 Mixing and matching heroes to create dream teams offers a lot of customizability, and seeing how they can synergize in battle to unleash special, context-sensitive tag team moves further offers gameplay variety. Different heroes interface in various ways, so swapping around heroes to find moves that work well together adds another layer to the experience. However, it doesn’t feel as though the game was deliberately designed around such experimentation and customization. Largely, it feels as though the game’s level and statistic-based, RPG mechanics are at odds with the title’s gameplay strengths. The pace of character unlocks is rather undisciplined, throwing handfuls of characters at the player as the game begins before evening out as the campaign progresses. While having so many options at the beginning of the adventure is fun, it quickly presents an issue as your core team levels up far beyond the characters sitting benched on the roster.

The root of the issue here is the necessity for level grinding, particularly in the post-game, to fully experience the roster. Due to level disparities, by a certain point in the campaign, you’ll develop a core team that you’ll run with, leaving behind a majority of the playable characters. As such, when you reach the end of the game and begin working through side-content such as the game’s Infinity Rifts, many of your heroes will simply be out of play until you farm EXP items or grind battle after battle with them. While less noticeable in the main campaign as on-level heroes are doled out and easily swappable toward the back half of the experience, post-campaign content feels far less accessible and enjoyable when I can’t truly utilize the characters that didn’t make it on my main team.

The level grinding issues feed into a larger problem with Marvel Ultimate Alliance 3, being the overly complex and unsatisfying RPG systems. There is an overbearing number of materials to collect, and they all can be used to augment individual heroes and your alliance on the whole. The issue, though, is that these statistical changes don’t feel rewarding at all. While fine tuning percentages and damage values is an appealing aspect of an RPG, the numbers game only feels fulfilling if it translates into the moment to moment gameplay. I never felt my heroes becoming any stronger through my tinkering with ISO-8 or any of the other myriad side systems. It simply felt like a lot of quasi-impactful systems were layered on top of the core gameplay without regard for how they’d legitimately affect the experience. I found the lion’s share of the RPG elements obfuscated the otherwise tactile nature of Marvel Ultimate Alliance 3’s gameplay, which is a disappointment. 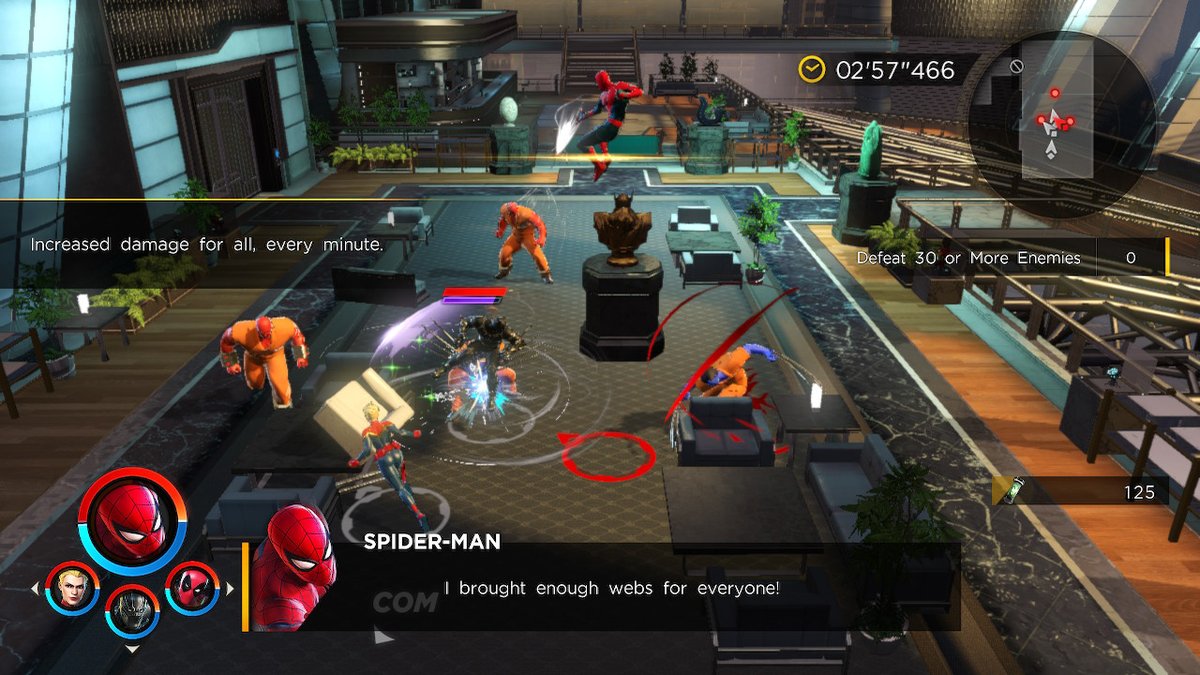 The rest of the gameplay experience isn’t without its faults, yet none of them felt as pervasive as those pertaining to the RPG side of Ultimate Alliance 3. While the game’s camera remains largely isometric, offering the player limited control to pan around the area, at times it opts for a more dynamic, fixed approach, which can feel rather jarring. Moreover, it can create blindspots where fending off enemies can be difficult due to the placement of the camera. Perhaps more frustrating than these instances of lackluster camera control though is the AI’s sometimes subpar movement ability. On the whole, when playing solo, the AI teammates that backfill the open slots are effective in battle. However, there are instances, particularly in boss fights, where they’ll simply allow themselves to be hit by attacks that should’ve been easily avoided. This problem is felt most acutely during tough boss sequences, as you have limited revives between checkpoints. So, in situations where all your hit points count, shoddy AI can feel particularly frustrating.

All factors considered, though, the fun factor of Marvel Ultimate Alliance 3: The Black Order truly does outweigh a lot of the negatives. The lion’s share of the issues presented above weren’t noticeable during the moment to moment gameplay–it wasn’t until I had taken a step back that I saw the cracks in the armor. Ultimate Alliance 3 is just too much fun to play for any individual problem to hamper the experience as it unfolds before you. This game truly is a comic book fan’s dream game and easily worth picking up. It isn’t an inherently great game when all its facets are considered, but it sure is a fun one, and I think that’s enough.

Marvel Ultimate Alliance 3: The Black Order is the ultimate comic book power fantasy. From its empowering gameplay mechanics which evoke the heroism in the game’s iconic characters to its event comic-styled storyline and presentation, there is a lot for Marvel fans to enjoy here. While the moment to moment gameplay more than justifies the price of admission, when taking a step back, certain facets of the game’s inherent design knock it down a few pegs--but not enough to dissuade me from giving this game a solid recommendation for the comic fans in the room.

Abram is an aspiring games journalist with a soft-spot for titles published by a particular company that starts with N, and ends with -intendo. When he's not playing, or writing about, video games, Abram is most likely ranting to no one in particular about various films he's seen, or grabbing the sketchpad to do a bit of drawing.
Related Articles: Marvel Ultimate Alliance 3: The Black Order
Share
Tweet
Share
Submit