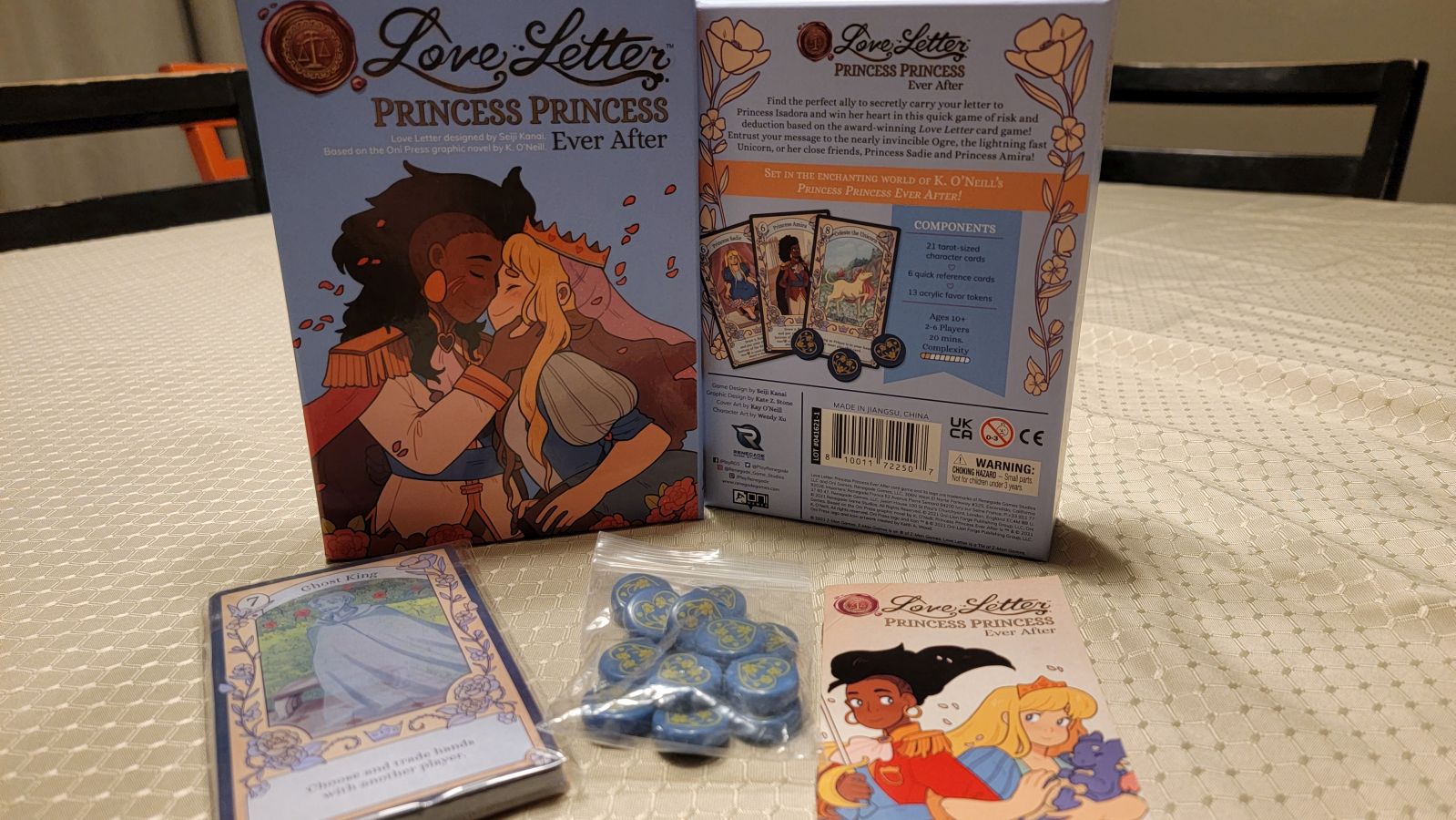 Already building upon a game which keeps things simple, Love Letter: Princess Princess Ever After sets its sights on being whimsical and keeping things fluffy and bright. This is a goal that the game meets and allows itself to maintain during play. This whimsicality is what makes this a version of the game one that every fan of Love Letter will enjoy. 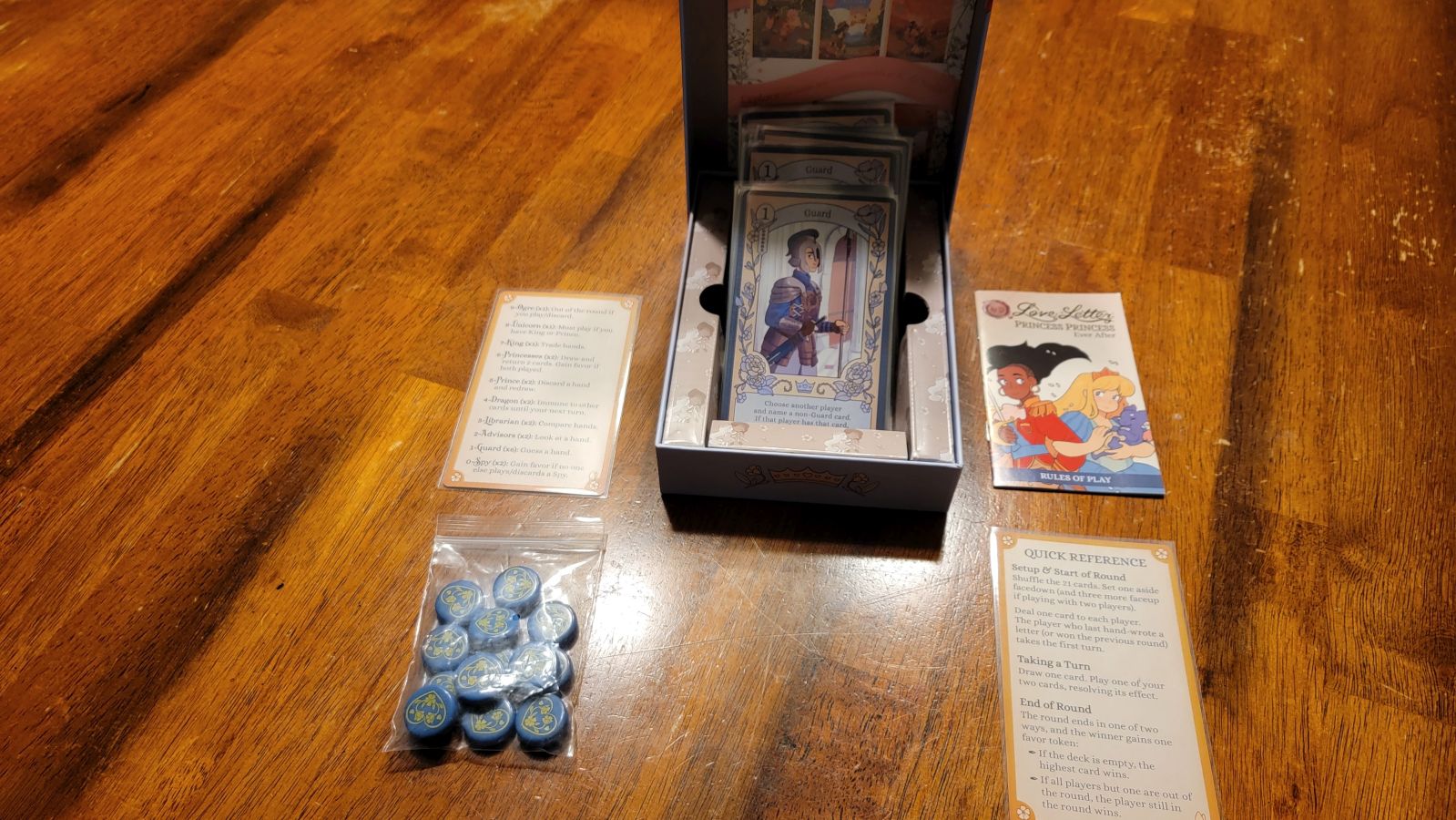 Love Letter is easy to jump into, with players learning the rules in about 5 minutes or less. The object of the game is to be the last person surviving in a round and collect an amount of scoring tokens based on the player count. To start, there is a deck of 21 cards and 13 acrylic favor tokens. The Love Letter formula is simple, the deck gets shuffled, then one card is removed from play. After a card is dealt to each player and the communal deck is then placed in front of all players, then you are ready to play. A turn consists of drawing a card and playing one of your two cards based on the individual abilities of the cards. These individual abilities are the main part of how the game functions, and also how players get other players out. For example, the guard cards let you guess another players’ card. 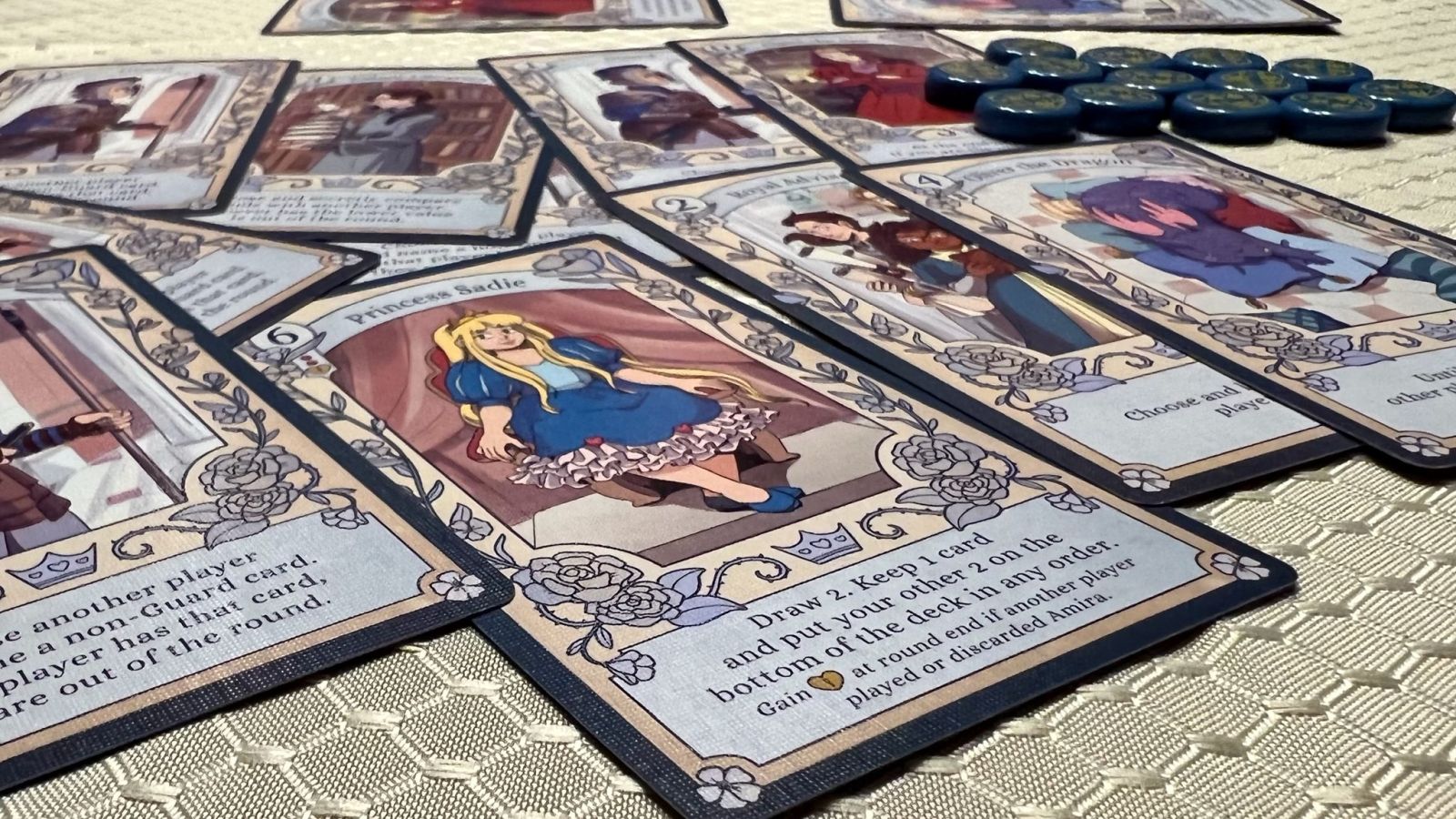 On top of abilities, each individual card has a number on it. These numbers are part of card abilities where one player compares their card to another player and the lower card is out. After all the cards from the deck are drawn and played, if no one has won a round by then all players left compare their face down card and the highest number card is the winner for the round.

Love Letter Princess Princess Ever After has all the dressings of a strategic game, without being inundated with unnecessary complications of over production, too many pieces, or trying too hard. It is a game that I continually find myself leaning on as a way to open the gates for anyone looking to get into card gaming. Of the four different versions I’ve played so far, Princess Princess Ever After is by far my favorite. The art is adorable, the game is fun, and the theme is inviting for everyone who is a fan of the Love Letter games.

Love Letter Princess Princess Ever After