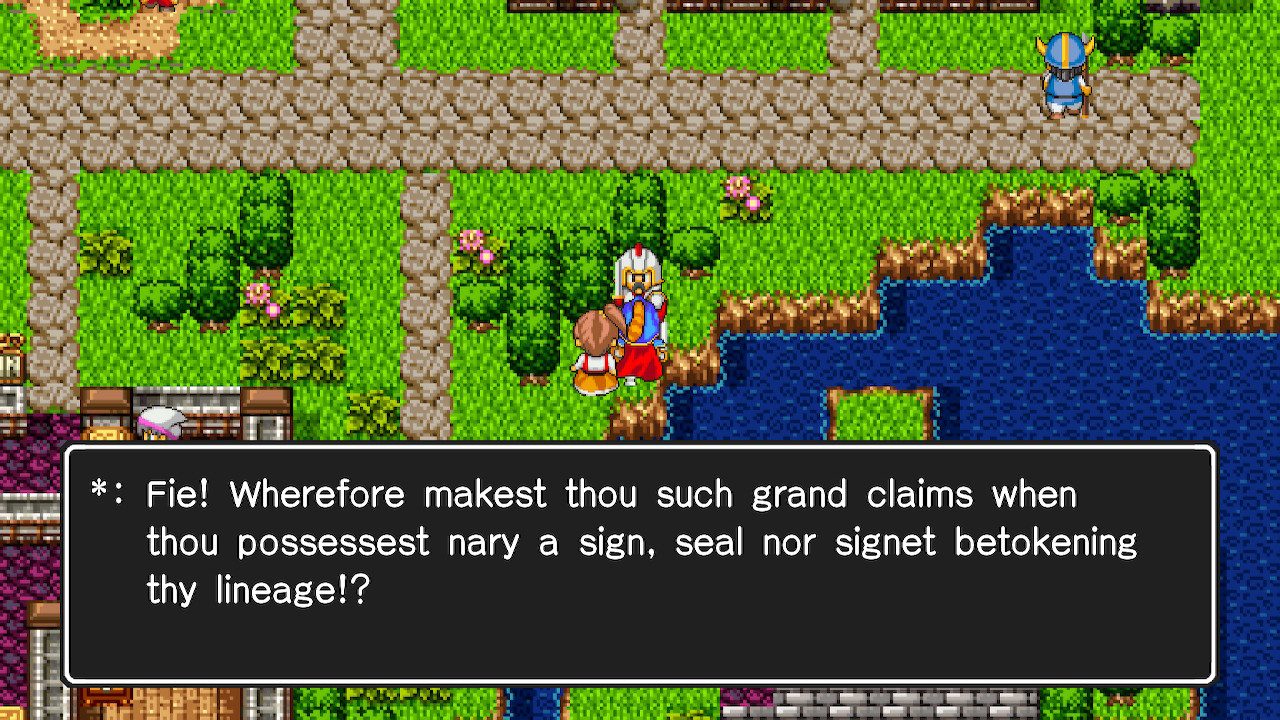 Inspired by games like Wizardry and Ultima, Dragon Quest is often credited as being the first JRPG, or Japanese role playing game. The series debuted on the NES in 1986, then three years later released in the west as Dragon Warrior. Creator Yuji Hori aspired to bring the RPG genre to a wider audience in Japan and, with art by Akira Toriyama and music composed by Koichi Sugiyama, it’s safe to say he succeeded. The Dragon Quest series is beloved in Japan, so much so that rumors abound of the entire country essentially shutting down when a new game releases. It’s also one of gaming’s most influential titles, pretty much every game with menu-based combat owes its existence to Dragon Quest. So far, the series has spawned 11 main games, one of which is an MMO (which you should go try, it’s awesome), and countless spinoffs. The series has unfortunately never taken off in the west the same way it has in the east, but with the release of Dragon Quests I, II, III, and XI on Switch, it’s clear that SquareEnix is trying to spread Dragon Quest fever across the globe. If you’ve played any version of XI or the demo, you already know how great the series has gotten, but what about the original trilogy?

In Dragon Quest, you play as a descendant of Erdrick (Roto or Loto in Japanese), an ancient hero of the land of Alefgard. The game’s hero is tasked with saving the princess of Tantegle castle from a dragon and defeating the Dragonlord who has disturbed the realm’s peace. That’s pretty much it for plot. NPCs around Alefgard will give you hints on where to go or what items you need to find to progress, but for the most part you’re on your own. It may seem light on plot and characters, but it’s charming in its simplicity. For example, once you rescue the princess, she asks you to escort her back to the castle. If you say no, she will just admonish you and ask again. This is where a running gag in the series and the “But thou must!” trope come from. The writing is full of stupid jokes and punny humor that’s endearing and persists in the series to this day. 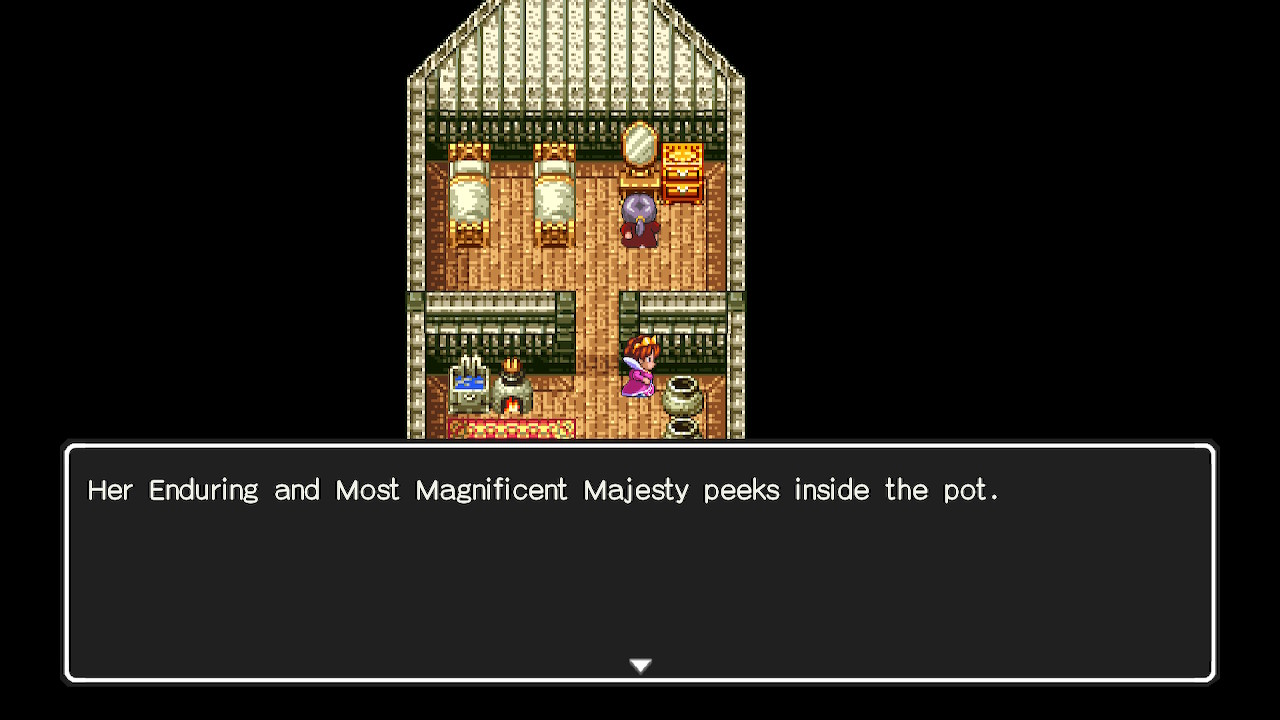 What’s not so charming is the amount of grinding. Up until the release of XI, the series was known for essentially requiring a ton of running around in circles and defeating weaker enemies in order to challenge the next boss. While this isn’t entirely true for every entry in the series, it is especially true for the first game. With only three bosses, two of which are technically optional, the entire game is a grind. If you’re like me, and find the grind almost meditative, you’ll feel right at home here. If you don’t like grinding, you still might find something to like here. Due to the game’s short nature, it’s only about 10 hours long, you’ll be constantly making progress towards your goals and exploring new areas. The battle system, like the plot, is very simple, but it’s the rock solid foundation that the rest of the series is built on. Outside of the boss fights, you can essentially just use the attack command to win every fight. While I enjoyed the simplicity, I did get a bit tired of just mashing attack by the end of the game. It is worth noting that each of these remakes have been made slightly easier and less grindy than their NES counterparts, but you’ll still have to do at least some grinding to stand a chance against each boss.

Dragon Quest II: Luminaries of the Legendary Line ups the complexity a smidge. You again play as a descendant of Erdrick,the prince of Midenhall, but this time you are accompanied by two other descendants: the prince of Cannock and the princess of Moonbrooke. The main character is physically strong and has a lot of health, but can’t cast spells. The prince of Cannock is OK at both casting spells and physical attacks, but excels at neither. Finally, the princess is frail and physically weak, but can cast extremely powerful spells. The three of you are tasked with defeating the evil wizard Hargon before he can summon the demon Malroth. This entry improves on the original in every way. The world is bigger, Alefgard is just a small continent that you’ll explore on your journey, the plot is more interesting and complex, and the battle system is far more involved. Instead of just one on one battles, you can encounter multiple enemies at once and must defeat them using all three of your party members’ skills. DQII has a reputation among fans as being one of the hardest games in the series, if not the hardest. You won’t be able to just attack through every encounter, you’ll need to utilize each character to the fullest, or risk dying and losing half of your gold. It’s not too much longer than its predecessor, but it builds on the original in a satisfying and natural way. 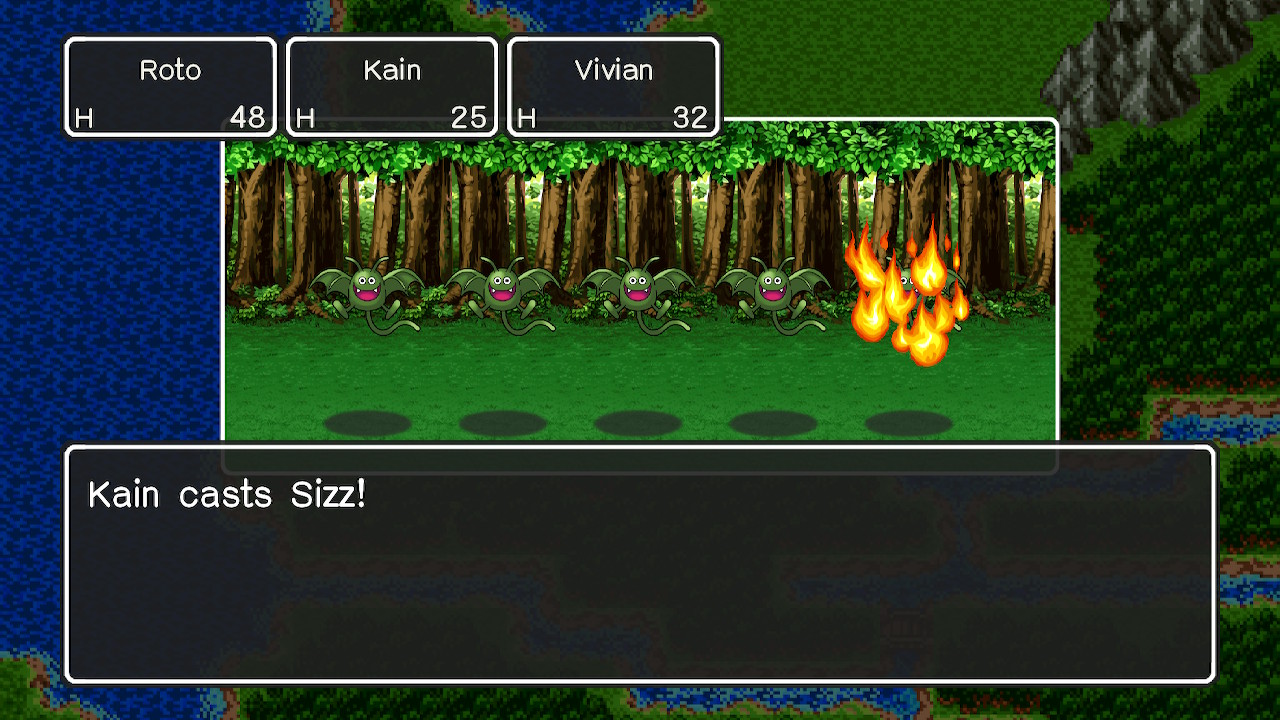 If Dragon Quest II is the small house built upon the foundations of the first Dragon Quest, Dragon Quest III: The Seeds of Salvation is the mansion sized addition to that house. You play as the son or daughter of the hero Ortega, who died in an attempt to defeat the villain Baramos. On your sixteenth birthday, the king of Aliahan sends you and a party of three allies to finish what your father started and return peace to the world. It sounds similar to the first two games, and in a way it is, but it becomes far more complex than at first glance. Upon starting the game, you are given a personality quiz by the goddess Rubis. This quiz will determine the heroine’s starting personality, which in turn determines what stats of her’s increase when you level up. For example, I began with the Paragon personality, which focuses on increasing Strength and Resilience. As a result, my character was very good at dealing physical damage as well as resisting it, but not as good at casting spells, healing, or acting quickly in battle.

You can create three more characters at Patty’s Party Planning Place to join you on your quest, each of whom have their own personalities and classes. While the hero is restricted to the Hero class, your party members can choose to take up one of eight vocations: Warrior, Martial Artist, Mage, Priest, Merchant, Gadabout, Thief (New to the remakes), and eventually a Sage. Each party member is stuck as their initial class until level 20, when you can go to Alltrades Abbey and pick up a new job. They will restart at level 1, but get to keep half of their stat points and all spells learned previously. For example, you could have a Mage in your party who learns offensive and buffing spells then change them into a Thief with the acrobat personality to up their speed, then change them again into a Sage for even stronger spells. After all that, you’ll have an incredibly speedy and powerful caster who is no slouch in the physical department either. The personality and vocation systems intertwine wonderfully and let you make each playthrough unique. This does come at a cost, however, in the return of our old pal grinding. It’s not as egregious as the first game, but, similar to II, you will have to spend a not insignificant amount of time leveling to stand a chance against the final boss. Overall though, I was more willing to spend more time grinding in this entry because I was able to build my party members in fun and interesting ways. 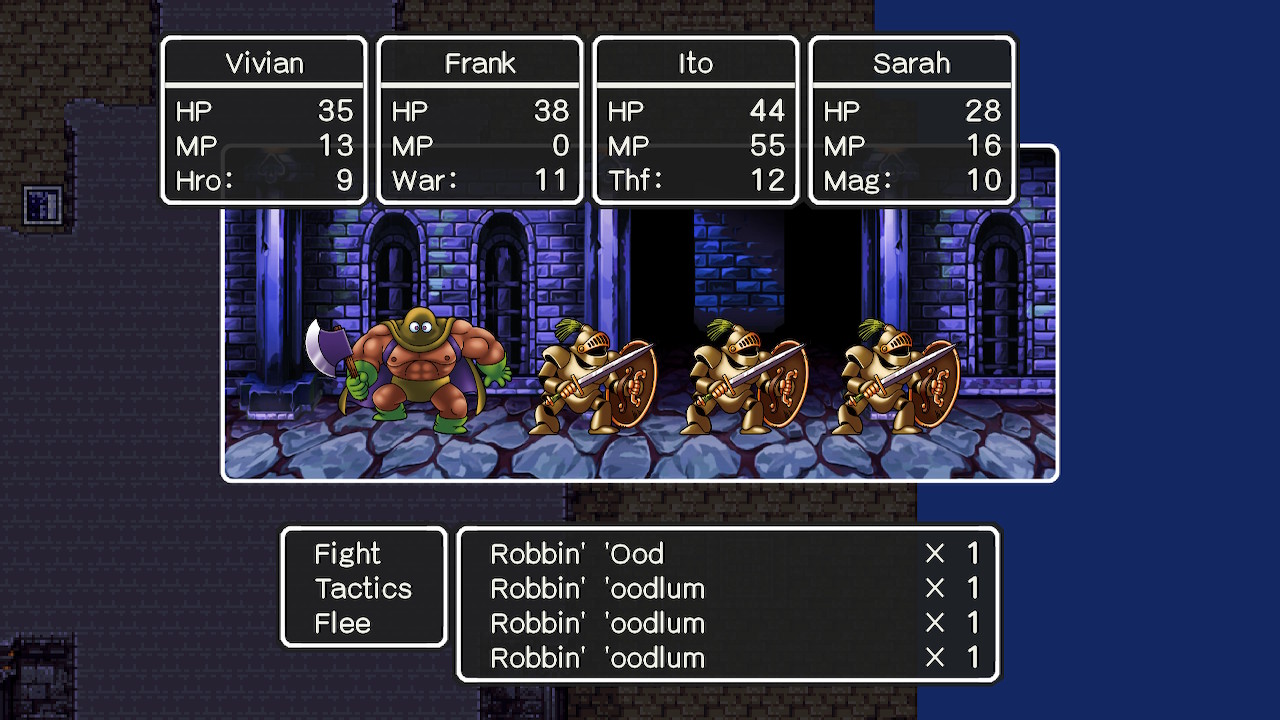 Now that we’ve talked about each game, we can finally discuss their quality as remakes. These are based on the SNES versions, which were recently ported to mobile devices. The 16-bit environments look great, but what isn’t so great are the new character sprites. The gorgeous sprite work for both characters and enemies has been replaced by smoothed out versions which, while possibly more accurate to Toriyama’s style, look ugly and out of place. Enemy animations are also missing in this version as well as the intro cutscene to III. These are baffling decisions, especially when you consider that these games looked much better in the 90’s. While it is nice to have these games in widescreen, it would have been better to just leave the Super Nintendo artwork alone. Being originally NES games doesn’t help these remakes either, they’re still as esoteric as ever, so you should have a walkthrough nearby if you decide to dive into Dragon Quest’s past.

The Erdrick Trilogy still holds up as some of the best RPGs to this day. While copious amounts of grinding, a lack of direction, and gross new artwork hold these games back from true greatness, they are still worth playing through to see the roots of the JRPG genre. They’re charming, fun, silly, and just a little bit sad.

David is the kind of person to wear his heart on his sleeve. He can find positives in anything, like this is a person who loved Star Fox Zero to death. You’ll see him playing all kinds of games: AAAs, Indies, game jam games, games of all genres, and writing about them! Here. On this website. When not writing or playing games, you can find David making music, games, or enjoying a good book. David’s favorite games include NieR: Automata, Mother 3, and Gravity Rush.
Related Articles: Dragon Quest, Dragon Quest II: Luminaries of the Legendary Line, Dragon Quest III: The Seeds of Salvation
Share
Tweet
Share
Submit