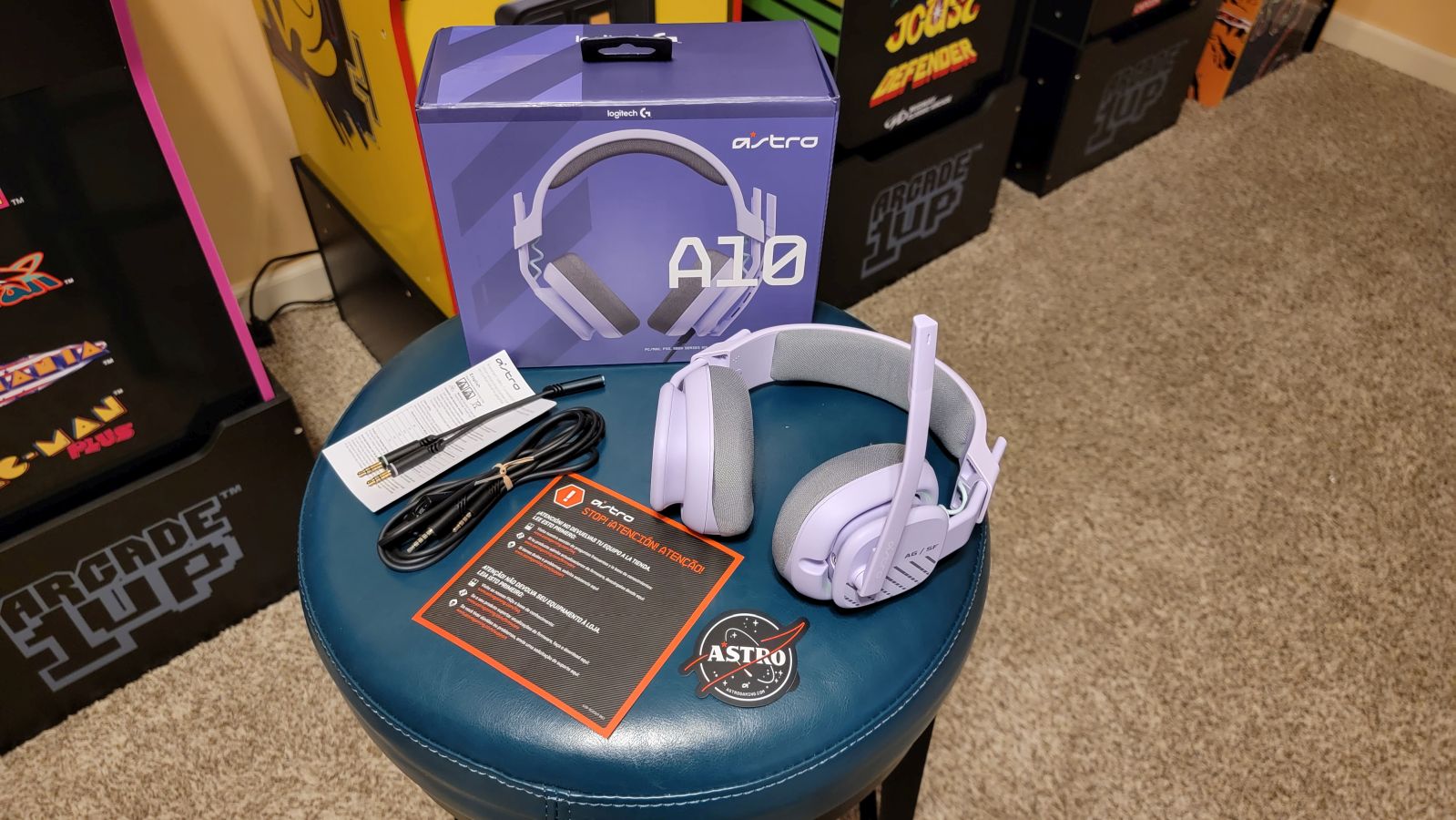 Choosing a headset can be tough, though not for lack of options. In fact, the plethora of options available are almost too much to sift through, not to mention the incredible divide in pricing between brands, which all culminates to create a hard to shake fear that the headset that you choose may end up being wrong for your lifestyle or just not worth the cash. That fear aside, most moderate to high end headsets are technically fine and what really differentiates the various headsets tends to boil down to two things: pricing and features. The latter of those two options, the features, are what really separates the $50 headset from the $300 headset. The Logitech Astro A10 Gaming Headset may not be feature rich, but it makes up for it with largely satisfying sound quality, excellent craftsmanship, and an extremely forgiving entry fee of only $59.99.

Let’s start with the basics: The packaging. The Astro A10 comes in a box not much larger than the headset itself, with a flap which folds out to unveil the stylish A10 cradled in a nice docking shell that keeps the headset from moving at all when lying in place. When opened, the flap shows a diagram of what is included in the package along with a few of the items the headset is compatible with and how to properly connect. Underneath the headset is a short information pamphlet detailing safety precautions and the one year warranty, a cool looking Astro sticker, and both the 3.5mm cable and 65mm PC splitter cable. The 3.5mm cable has a volume control attached about midway up the cord. 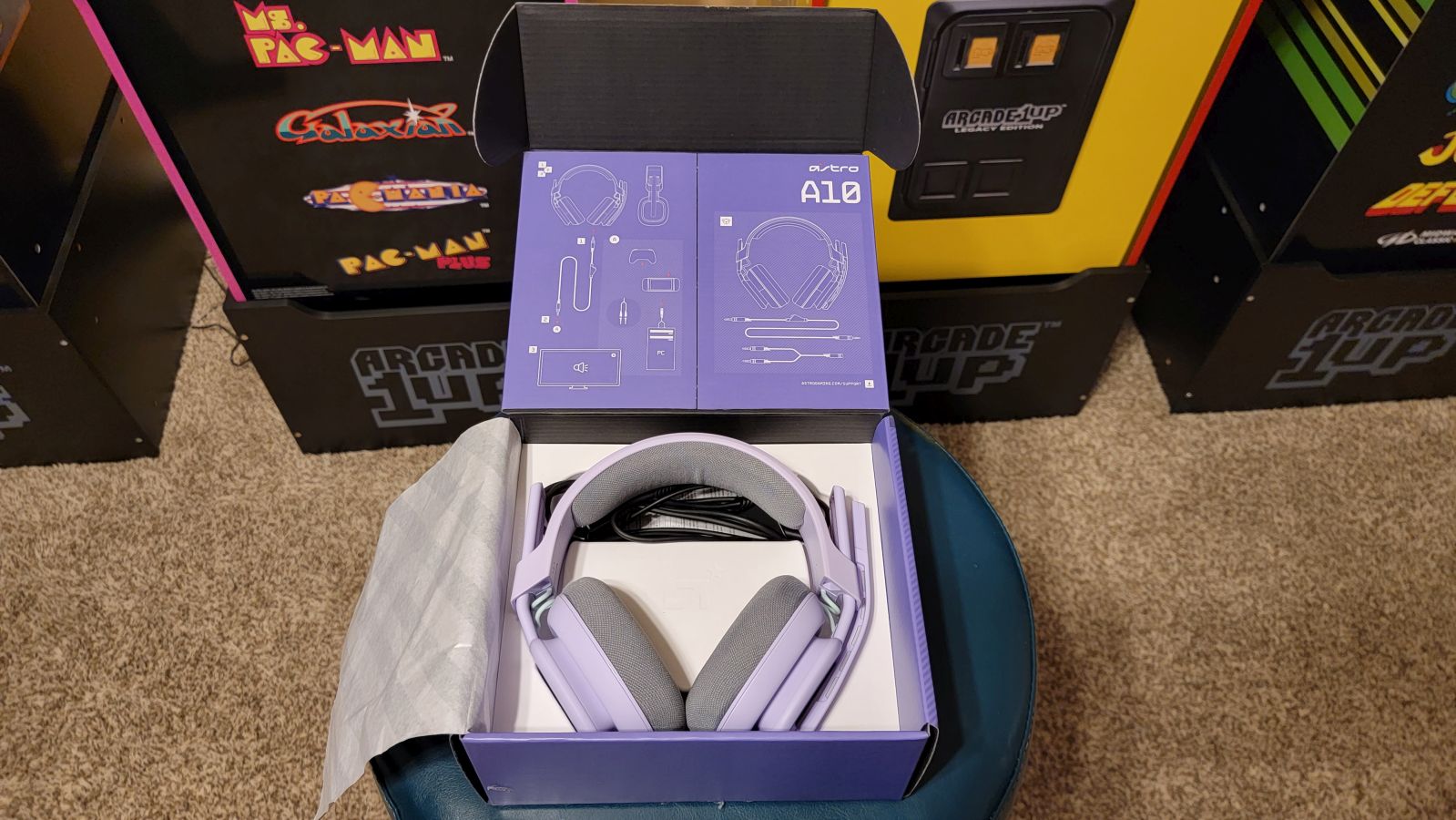 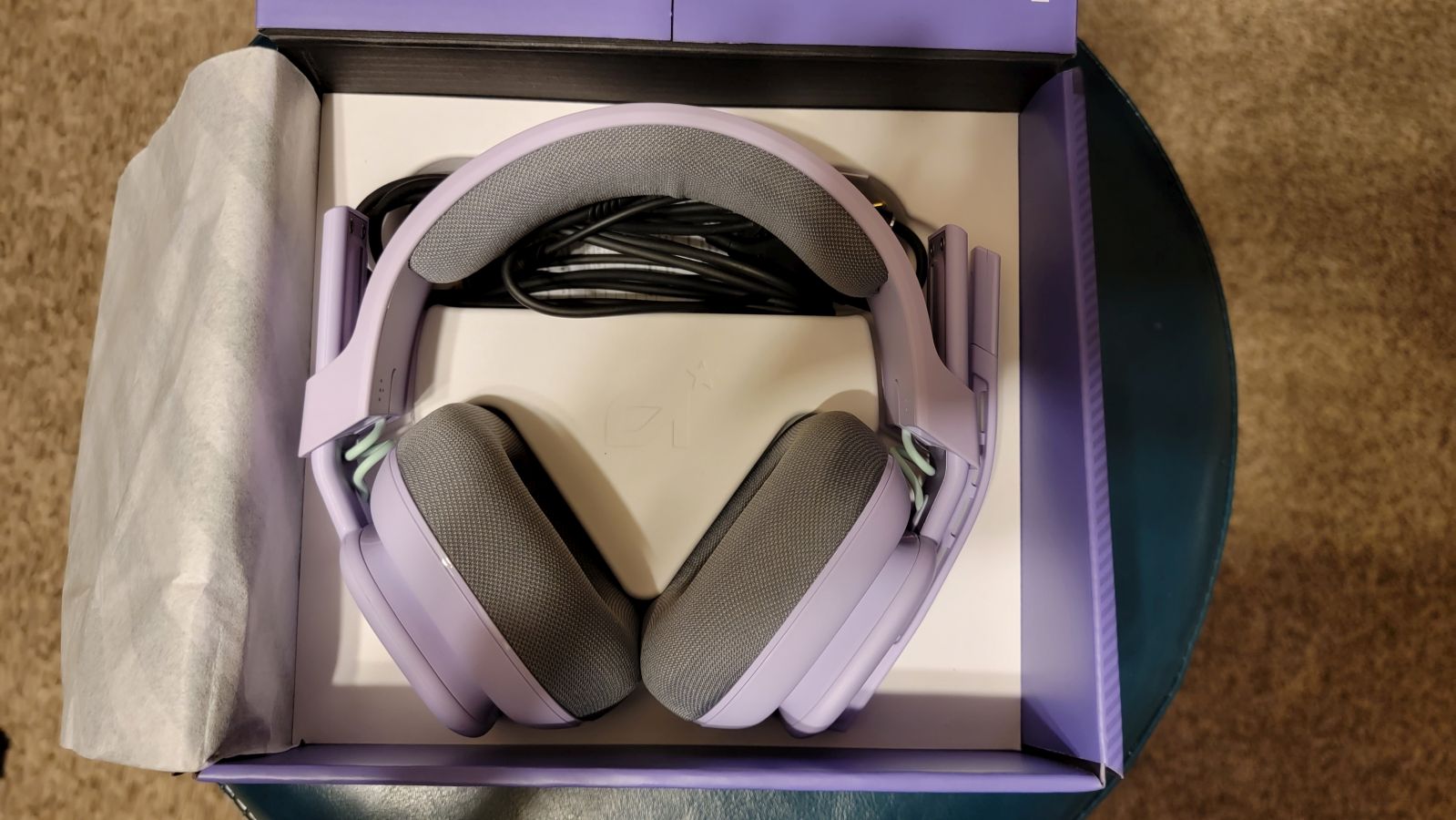 With the Astro A10, what you see is what you get. The headset is a basic plug and play model, albeit in a sleek and professional looking shell available in a variety of colors. Thankfully, it serves its intended purpose well. There’s no battery to speak of, meaning that the headset is not capable of going wireless, so that will almost certainly be a downside to some consumers – but on the upside, that keeps the price affordable. Also, being plug and play, the headset will work out of the box with nearly any piece of equipment capable of accepting the 3.5mm cable.

The Logitech Astro A10 Gaming Headset will work with nearly every piece of equipment you have, including your PC (Windows 10 based), MAC, Nintendo Switch, PS5, PS4, Xbox Series X|S, Xbox One, and mobile (provided you still have a 3.5 mm jack input on your phone). While it is technically labeled as a gaming headset, the Astro 10 still provides incredible sound quality during both movies and music but does provide its best performance when coupled with video games with 3D audio and surround sound. 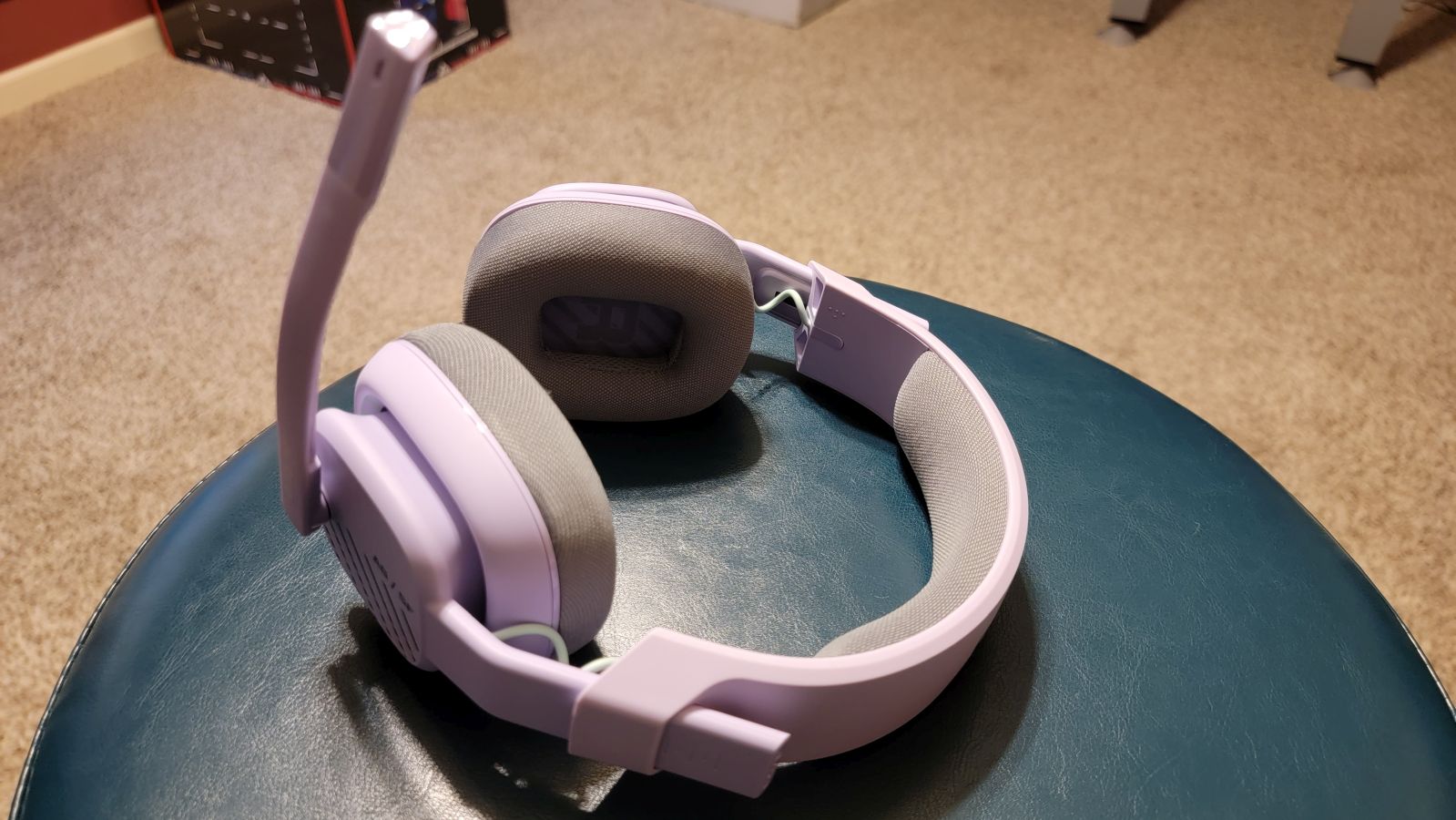 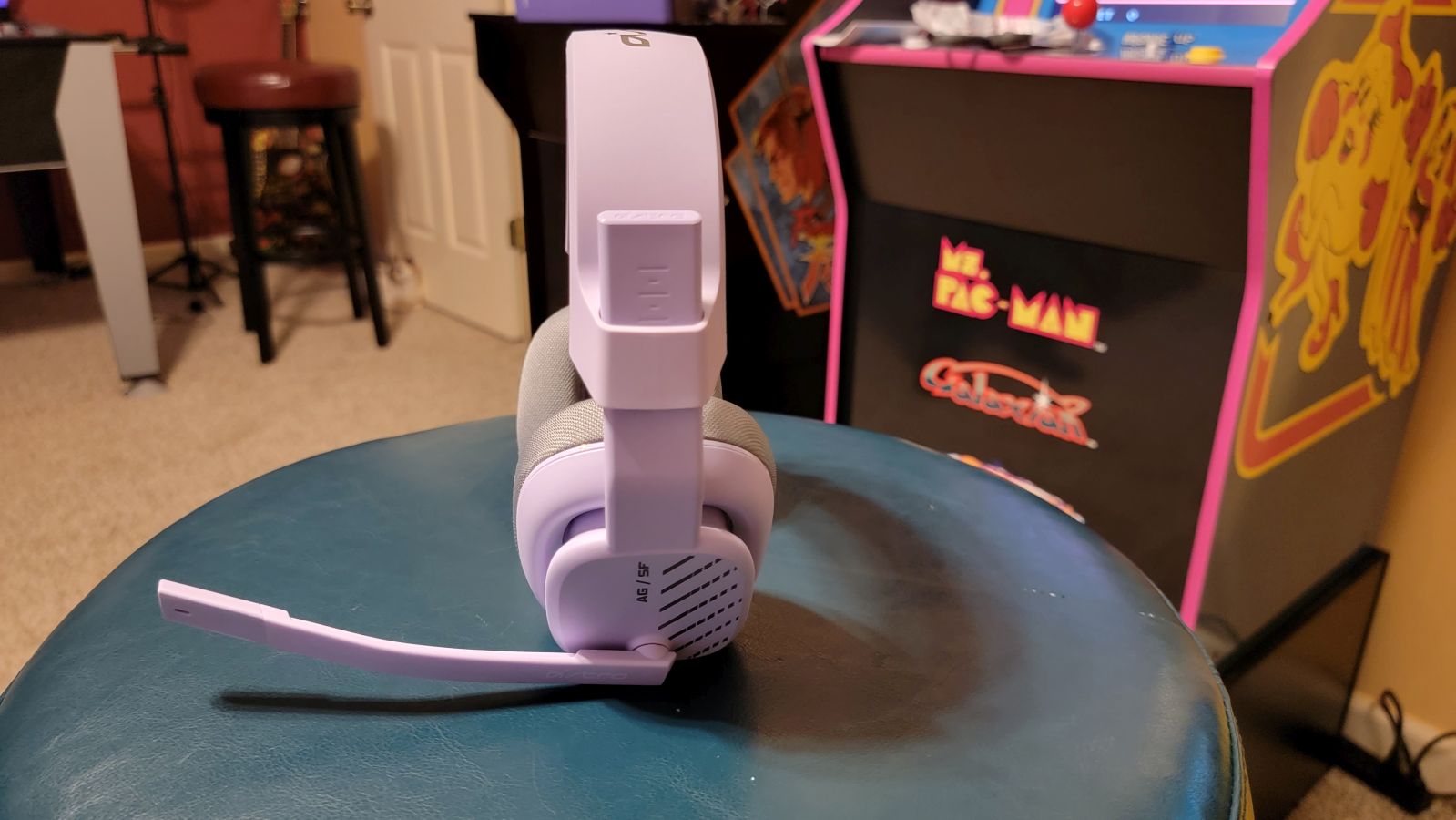 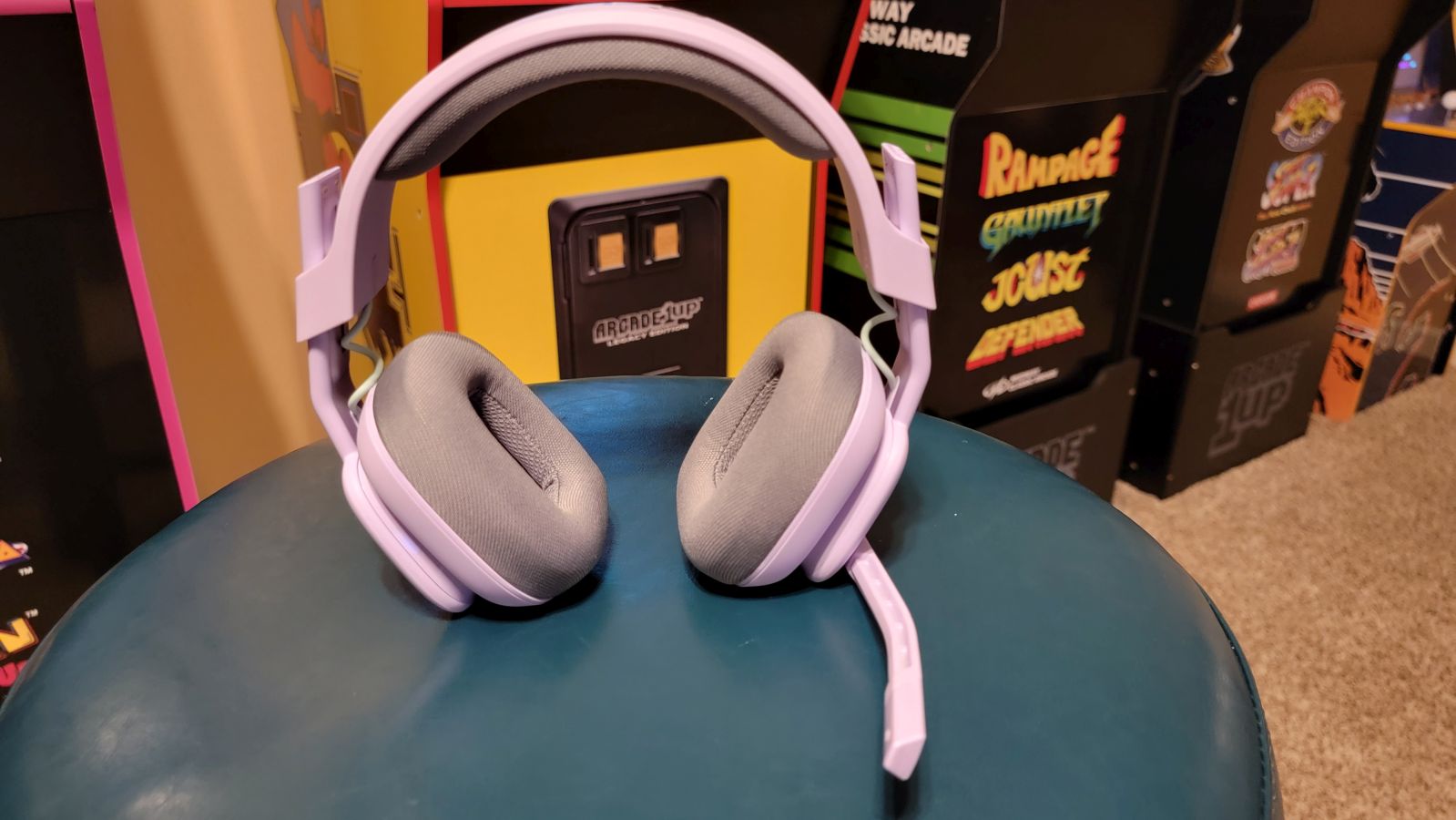 The sleek look is more than just aesthetically pleasing, as it also hides multiple comfort aspects which help this headset feel worth far more than its $59.99 asking price. The flexible, but not cheap feeling, headband has a soft foam layer to provide a comfortable rest on your head, along with smooth sliding adjusters on either side to ensure the headset sits comfortably on any size or shape of head. A flexible mic easily glides up and down as needed, automatically muting when placed in an upward position. Soft foam earpieces sit on bases which easily contour to your ears and smoothly rock upwards and downwards to adjust to your movement, ensuring they always remain in place.

As for sound, like previously stated, the Astro A10 sounds magnificent when being paired with video games. I tested the headset with Returnal and was wowed by the ambience of the sound and the immersion created via using the headset as opposed to regular TV speakers. When listening to music, there is a bit of a dip in quality though most music still sounds fine. The Astro A10’s bass quality is what really stands out, providing a deep, pulsing – yet satisfying – bass to nearly all types of music. The caveat comes when listening to harder music, such as metal, as the cacophony of noises do tend to blend a bit more than I would have liked, though not enough to ruin the music, and almost certainly something that a bit of fiddling with settings on your devices will be able to alleviate.

The Logitech Astro A10 Headset is a great moderately priced gaming headset, featuring quality tone, bass, and volume while also providing an immersive gaming experience. A sleek design, comfortable headband, and soft foam earpieces all combine to create a fantastic feeling headset that rests comfortably on your head, is surprisingly lightweight, and is without any rough edges. As the price suggests, this is not a headset for the feature craving audiophile, but for most gamers the Astro A10 will prove to be more than enough to satisfy their gaming and mic needs, all for an affordable price.

Richard Allen is a freelance writer and contributing editor for various publications. When not writing for Gaming Trend you can find him covering theatre for Broadway World, movies and TV for Fandomize, or working on original stories. An avid retro gamer, he is overly obsessed with Dragon's Lair. Chat with him via @thricetheartist on Twitter and @richardallenwrites on Facebook and Instagram.
Related Articles: Logitech Astro A10 Gaming Headset
Share
Tweet
Share
Submit