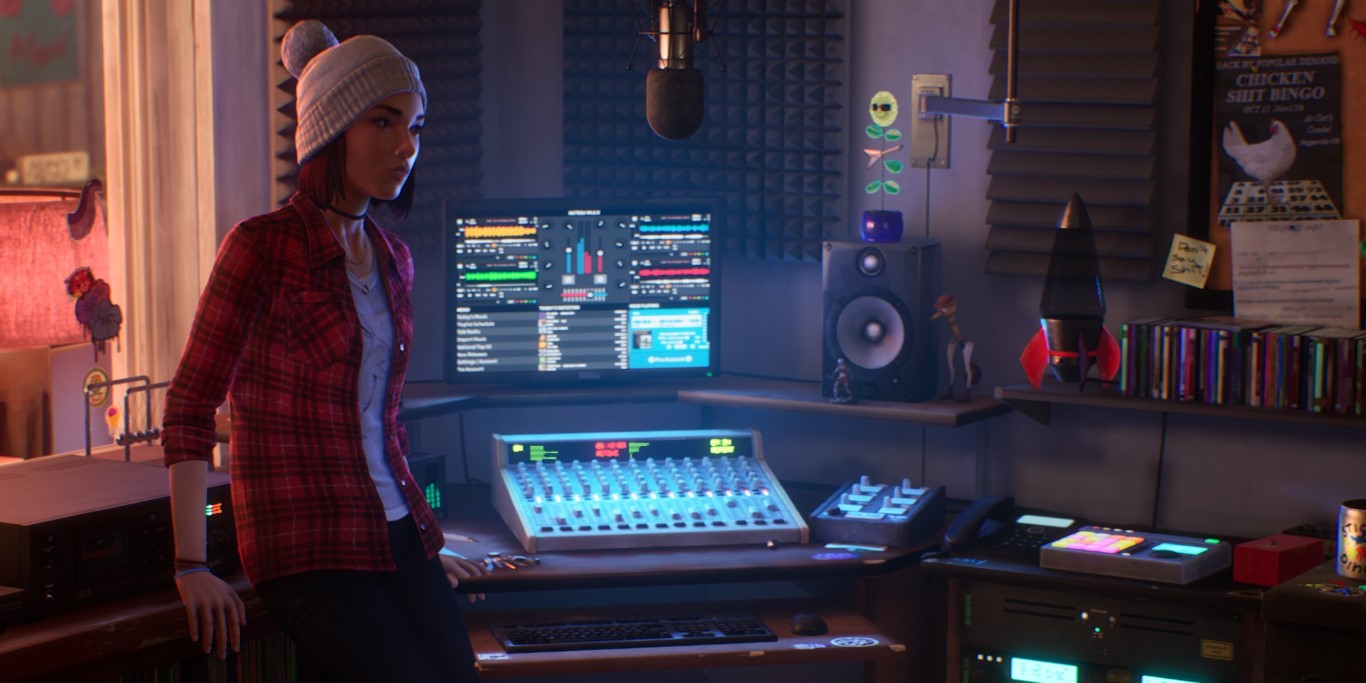 Life is Strange: True Colors Wavelengths tells a highly intimate tale centered around fan-favorite queer badass Steph Gingrich, who escaped Arcadia Bay before the bizarre events that occurred there to make a fresh start in Haven Springs. The DLC focuses on Steph’s year-long experiences and journey  before meeting Alex, as she explores her new job, relives past experiences, and deals with her turbulent dating life.

While the DLC excludes the supernatural elements of most Life is Strange games, it is still very much a Life is Strange game following the Before the Storm prequel format. Players interact with objects, complete tasks, solve minor puzzles and pick up story memories (which serve as collectibles) in the game.  Before starting the DLC, players will be prompted to select whether or not they played the first Life is Strange and if they decided to save Arcadia Bay, both of which choices will become important later on in the DLC. 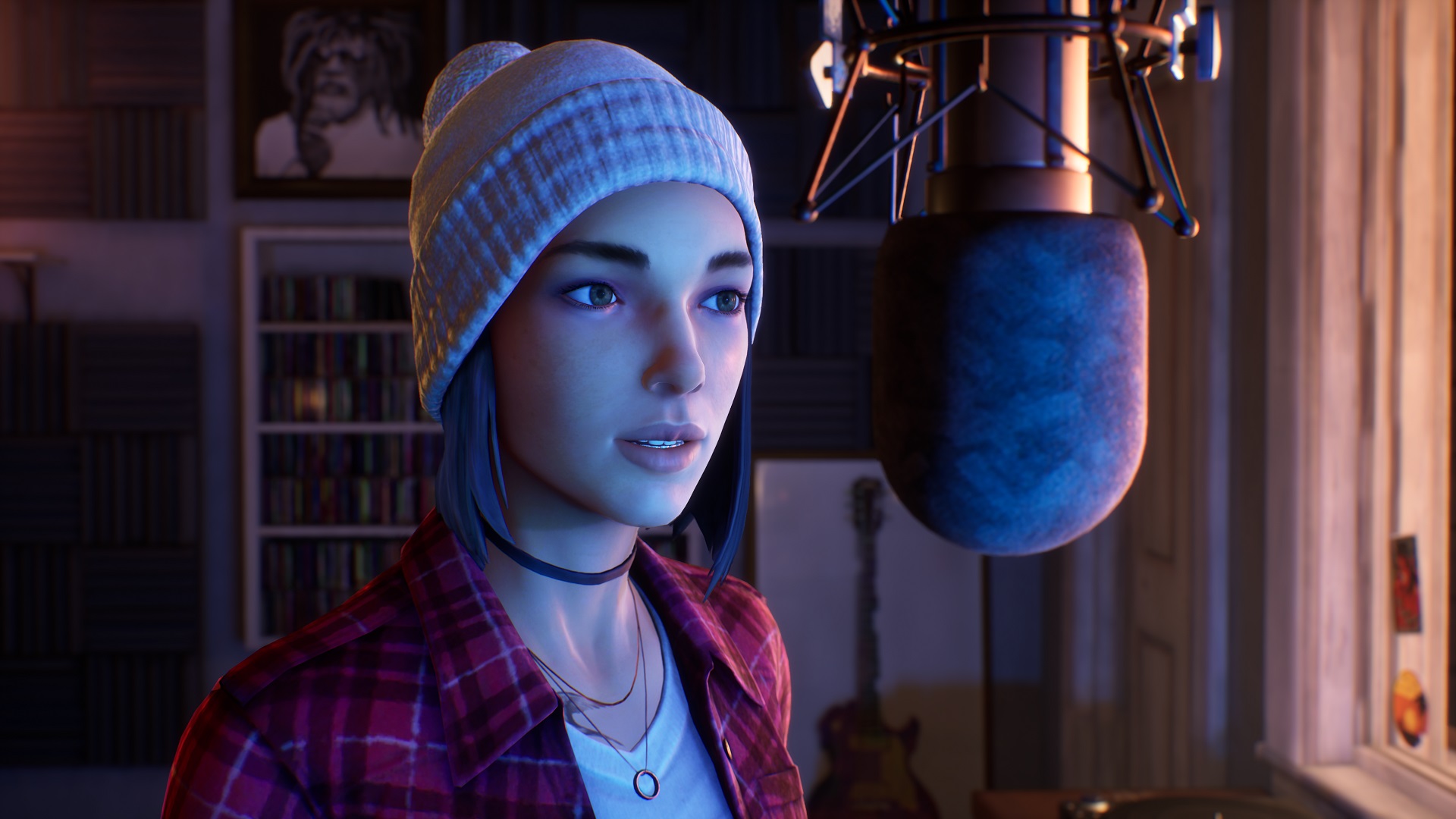 Players then begin the game by navigating the highly decorated record store and learning all the little intricacies of Steph’s new occupation. There, they will be able to live the dream they never knew they had by becoming a solo radio host: taking calls, reading ads, and forcing their taste in music on the denizens of Haven Springs. A noticeable aspect of the DLC is how no other character is physically present throughout, strengthening the notion that this is a highly personal story that Steph goes through almost completely alone.

A significant part of Steph’s journey is her recent messy breakup which she chooses to get past by plunging back into the dating pool with a new dating app mechanic exclusive to the DLC. While a bit odd, I found it quite fun and somewhat liberating swiping through a selection of possible suitors who I think would be perfect for Steph. Some matches were rude, many were odd, and a few were surprisingly delightful conversationalists that brought out Steph’s character. Thanks to the numerous selection and dialogue choices, players can have multiple experiences through potentially multiple playthroughs. 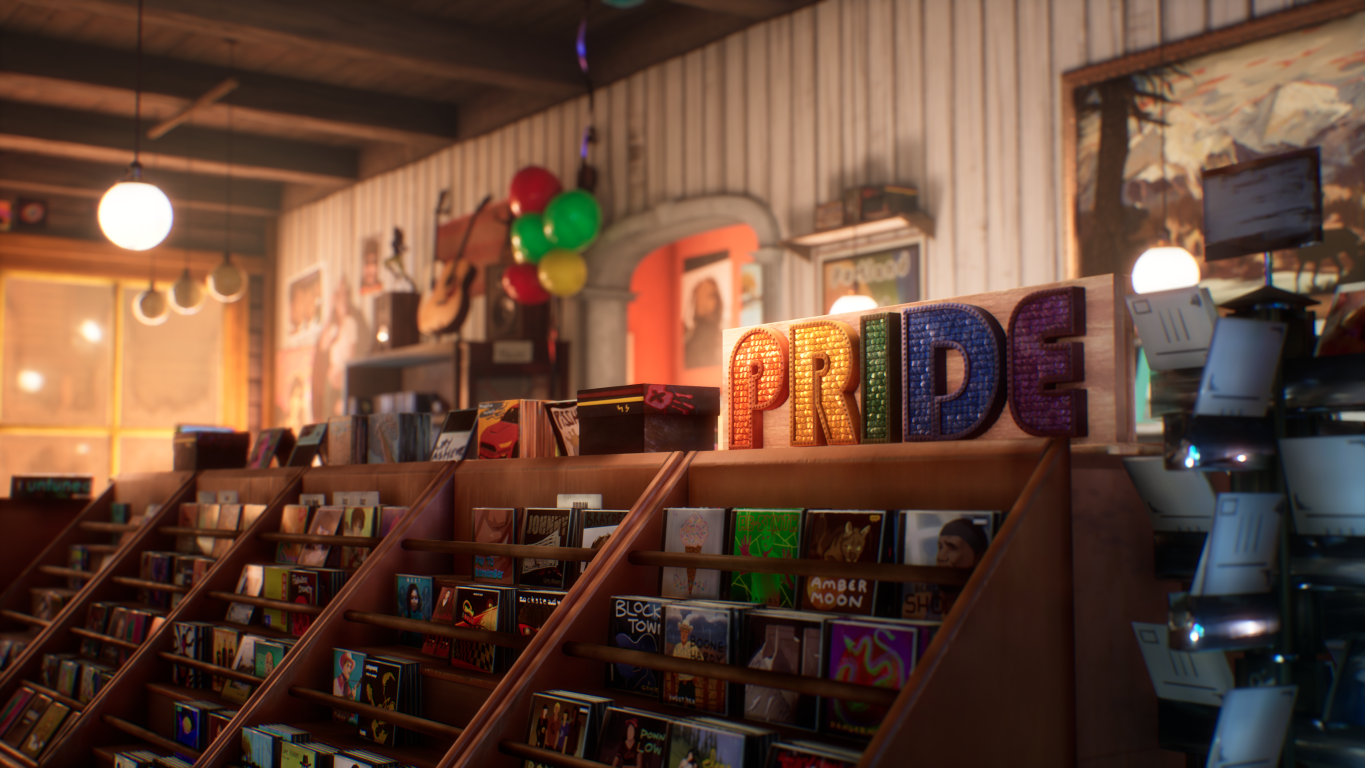 Another important part of Steph’s year-long tale is her job as Heaven Springs’ self-appointed fortune teller. Weary and worried citizens from a woman meeting her girlfriend’s parents for the first time to a teenage boy oblivious to his upcoming breakup would call in to ask for advice on their problems. To tell the fates of these individuals, Steph, who’s proven to be a fantasy tabletop nerd, uses a D20 dice. Depending on the roll, players will either be given positive or negative dialogue choices. These choices are also usually opinion based as there is no bad or good answer to a question, at least not in the game. However, it is worth noting that the roll usually doesn’t matter as, no matter the outcome, Steph will always advise her listeners in an eloquent and often reassuring manner.

As players continue to progress through the DLC, they’ll also notice a few hints here and there providing details on the aftermath of the events in Arcadia Bay. These hints both serve as fan service elements for fans of the first game and as extra parts to fill up Steph’s story. Unfortunately, these hints also don’t really answer the burning questions fans may have, so those seeking more details on that may be disappointed. 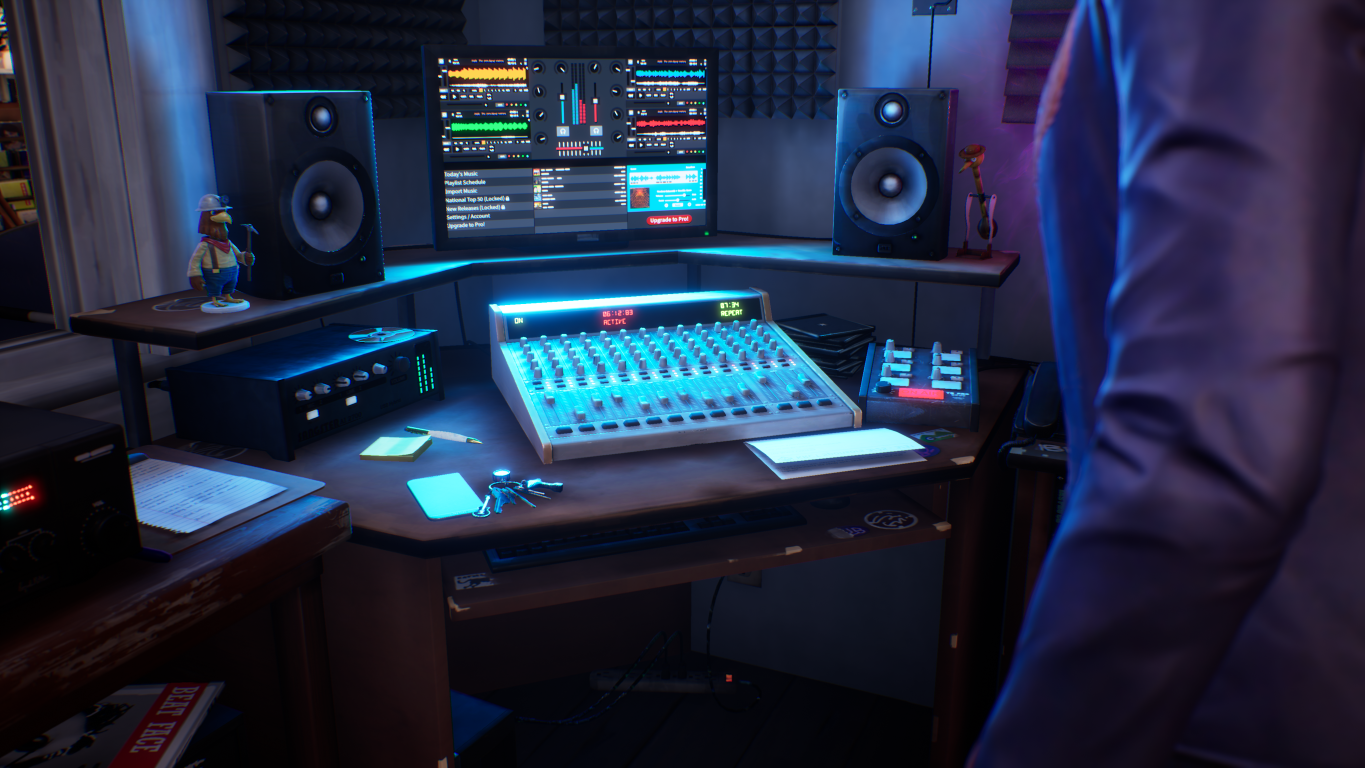 By the end of the DLC, players will learn more about Steph’s fate after Arcadia Bay and how she came to Haven Springs. Players will also witness flashbacks centered around characters in Steph’s past, such as Chloe and even Mikey from Before the Storm, as she relives some pleasant and painful memories while trying to cope with her survivor’s remorse.

Overall, Life is Strange: True Colors Wavelengths is a short but sweet add-on to its excellent base game. It tells a highly personal story of one of the series’ best and most relatable characters in a touching and entertaining way and is admittedly well worth the price.

Life is Strange: True Colors Wavelengths provides a great narrative experience that series fans will especially appreciate focused solely on one of the series’ best characters.

Abdul Saad is an avid gamer and computer geek. He's been writing for four years on news, reviews, previews, and more on multiple gaming sites. When he isn't writing or playing the latest JRPG, he can be found coding games of his own or tinkering with something electrical.
Related Articles: Life is Strange: True Colors
Share
Tweet
Share
Submit