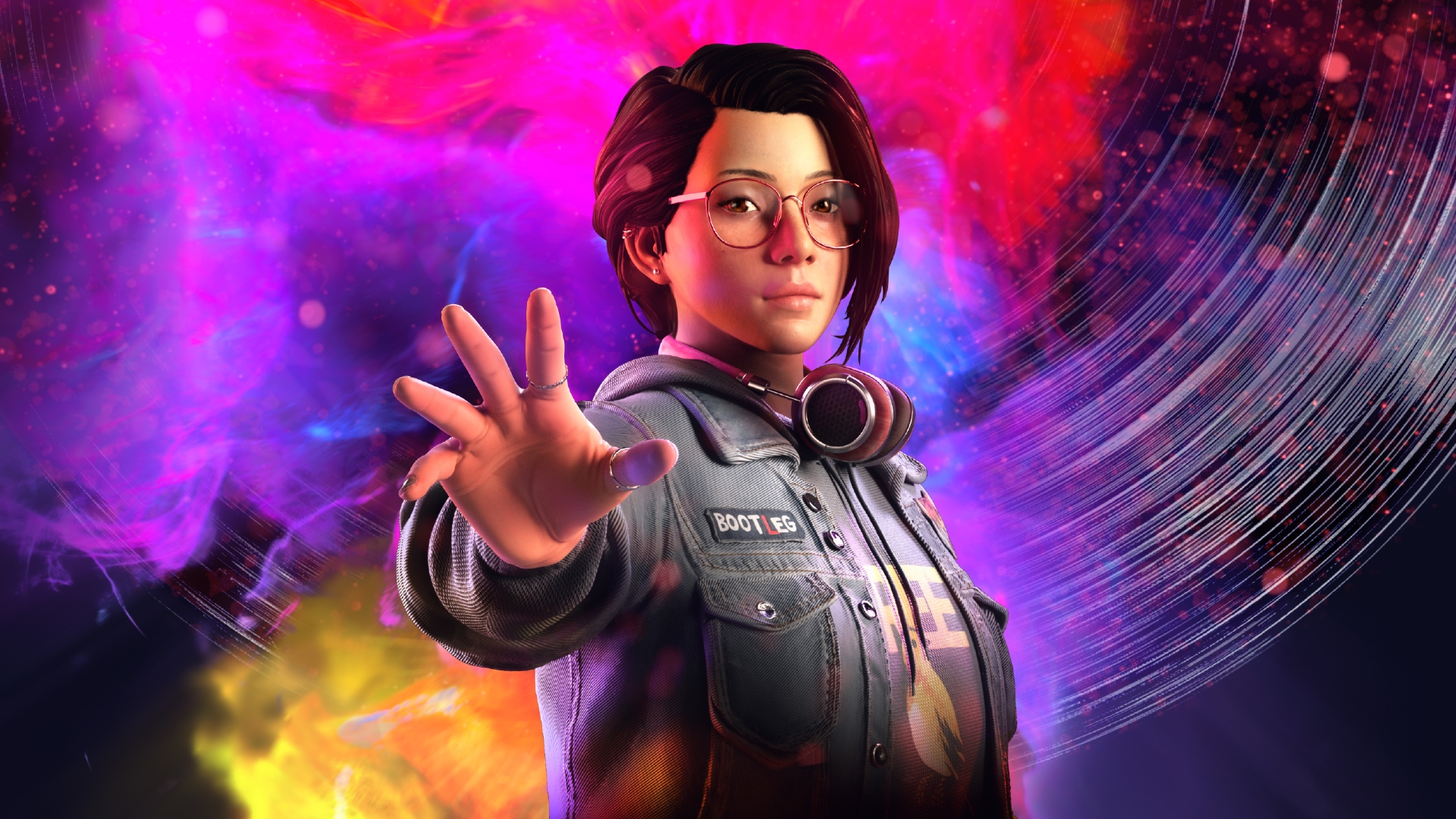 Life is Strange: True Colors is the latest entry in the hit Life is Strange series. Having played all previous games in the franchise, with the first being perhaps one of my favorite games of all time, I was ecstatic to learn that Square Enix and developer Deck Nine were producing a full new installment with an all-new cast of characters and lead.

Life is Strange: True Colors follows Haven Colorado newcomer and empath Alex Chen, a young woman who was separated from her family at a young age and has bounced from one foster home to another. The game starts as she leaves the institution for good and visits her brother Gabe in Haven Springs, Colorado. She quickly makes new friends while getting a feel for the town, but unfortunately her happy reunion comes screeching to a halt when, after a series of events, her brother dies in an unfortunate accident right in front of her eyes on the very same day of her arrival. We then find out shortly after that Gabe’s death was far from a simple accident, so it’s up to Alex, with the help of her powers and friends, to investigate the circumstances surrounding the event. 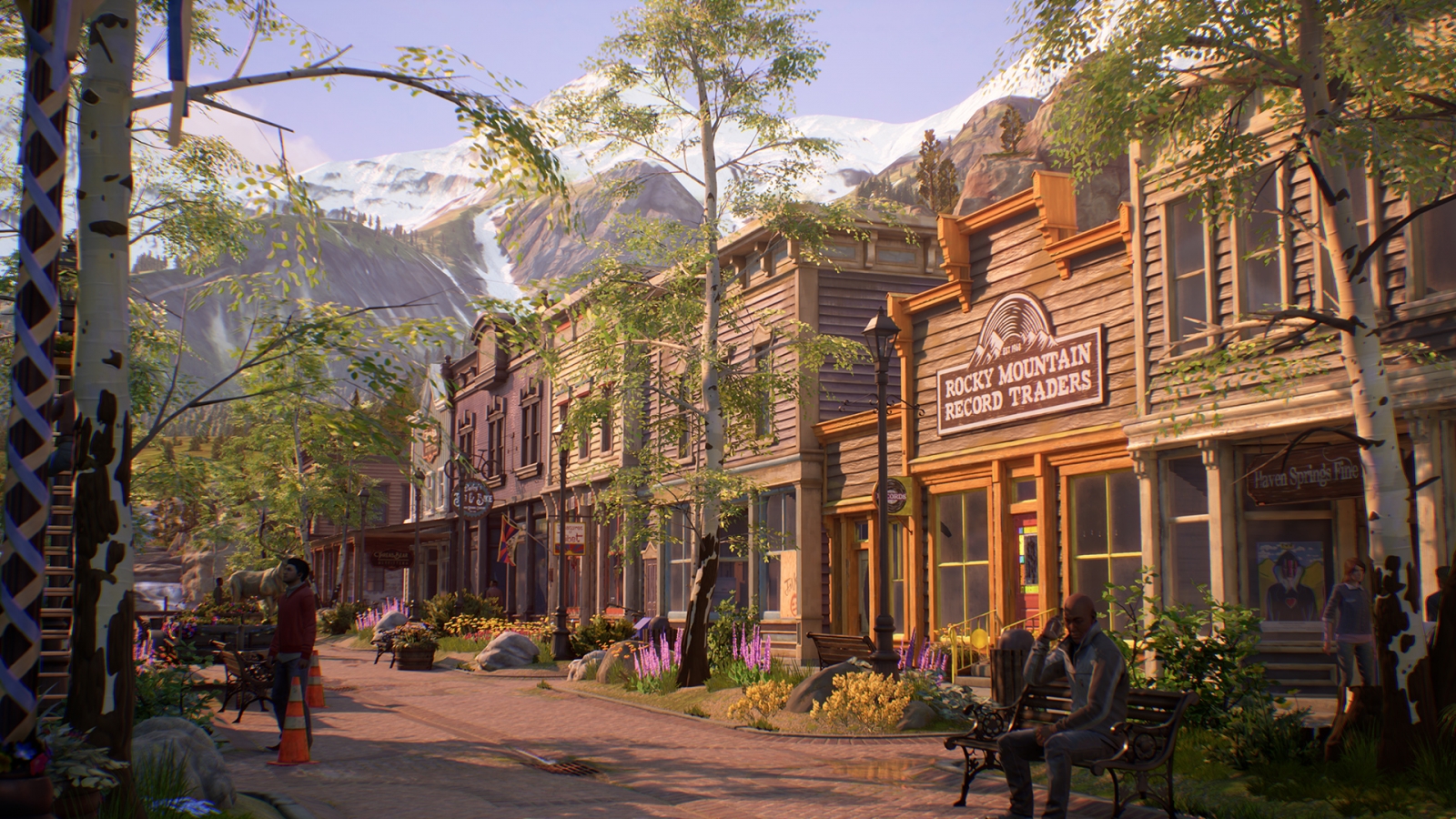 With the uncanny ability to read emotions and thoughts of those around her, Alex’s powers come in handy in many situations as they can be used to help those in need and investigate hidden truths. This is usually done in gameplay by holding down the X button when prompted to read a person’s thoughts and emotions as well as the memories attached to certain highlighted objects (which sometimes appear as collectibles in the game). The color of the aura around the character signifies what emotion they’re feeling, with blue denoting sadness, red representing rage, purple being fear, and bright yellow signifying their pure joy or happiness.

However, Alex’s powers also affect her as she replicates the emotions of those around her. While this doesn’t have a significant effect on the core gameplay, it is displayed visually as both you and Alex will begin to see the world as these characters perceive it. For example, early on in the game, you’re tasked with calming down a panicking kid named Ethan who’s scared of an unseen monster. To help him, you’ll have to use Alex’s powers to replicate his emotions and see the imaginary monster that terrifies him and, by connection, you as well. In another instance, in order to interrogate a paranoid character, Alex will have to experience his paranoia before finding what information she needs. These major set pieces succeed in capturing and keeping the player’s attention and setting itself apart from other games in the series. 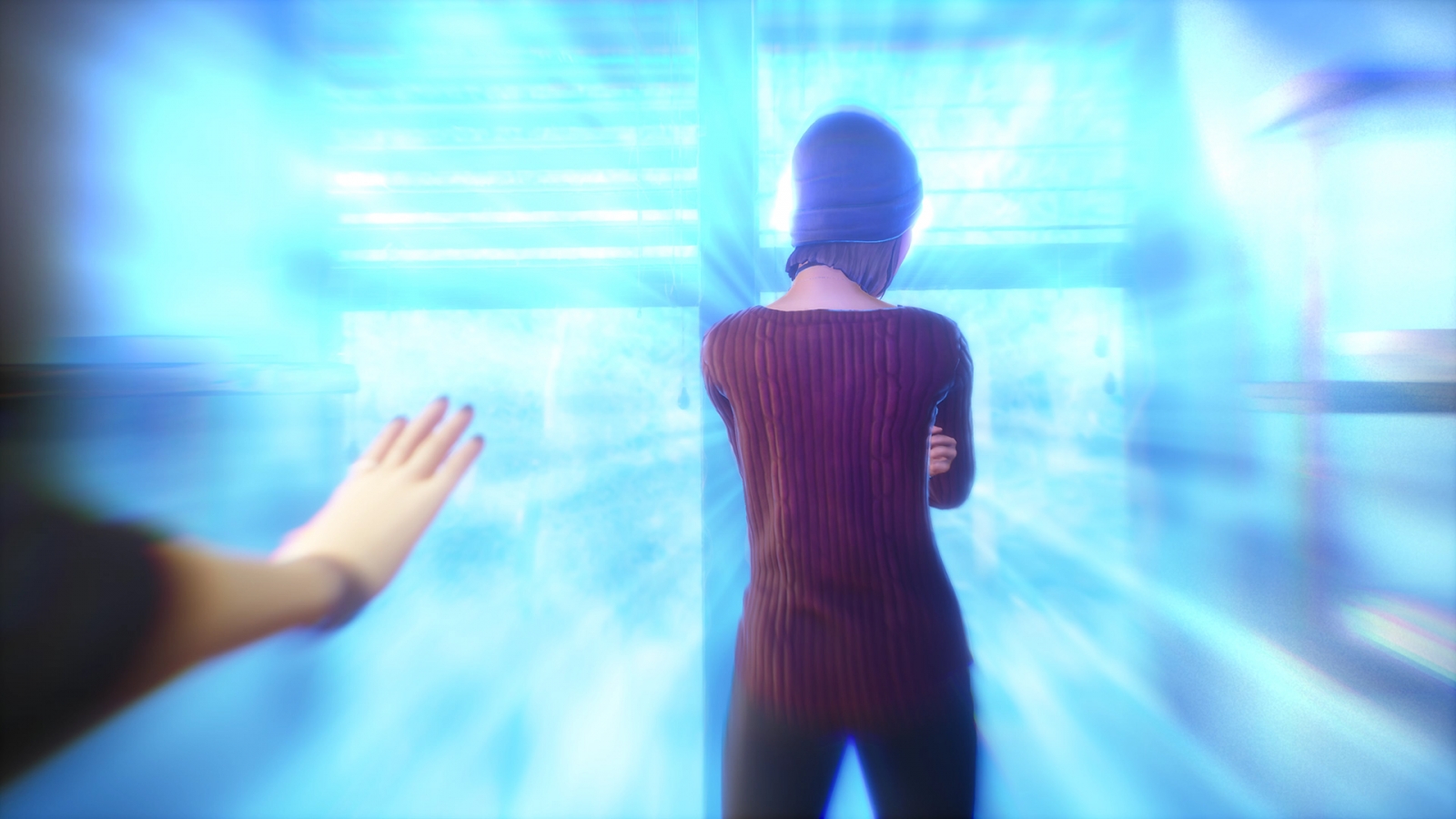 Outside progressing the story, Alex can also use her powers to help out the citizens of Haven, be it discovering a lost song, helping out a bird watcher, or finding a lost cat. These sections in the game somewhat serve as separate side quests in the game as True Colors gives players the option of exploring the town between story tasks. I quickly found people watching to be my favorite hobby in the game as, with the help of Alex’s ability, players will be able to learn the emotions of citizens by eavesdropping on their conversations and thoughts, some of which are utterly hilarious while others just plain depressing. Alex can also involve herself with some characters by reading their thoughts and unlocking new dialogue options, prompting the aforementioned side events.

True Colors’ inspirations from the first game come across clearly as many of the elements I love about the series, especially that original game, present themselves here as well. One of my favorites being the amazing collection of indie music in the game’s soundtrack. Just like the rest of the series, True colors presents players with a myriad of songs for different moods and situations, all of which are surprisingly amazing from indie bands and artists like Mxmtoon, (a singer who provides Alex’s singing voice, and an artist I was already a fan of before the game), to famous rock bands like Kings of Leon. 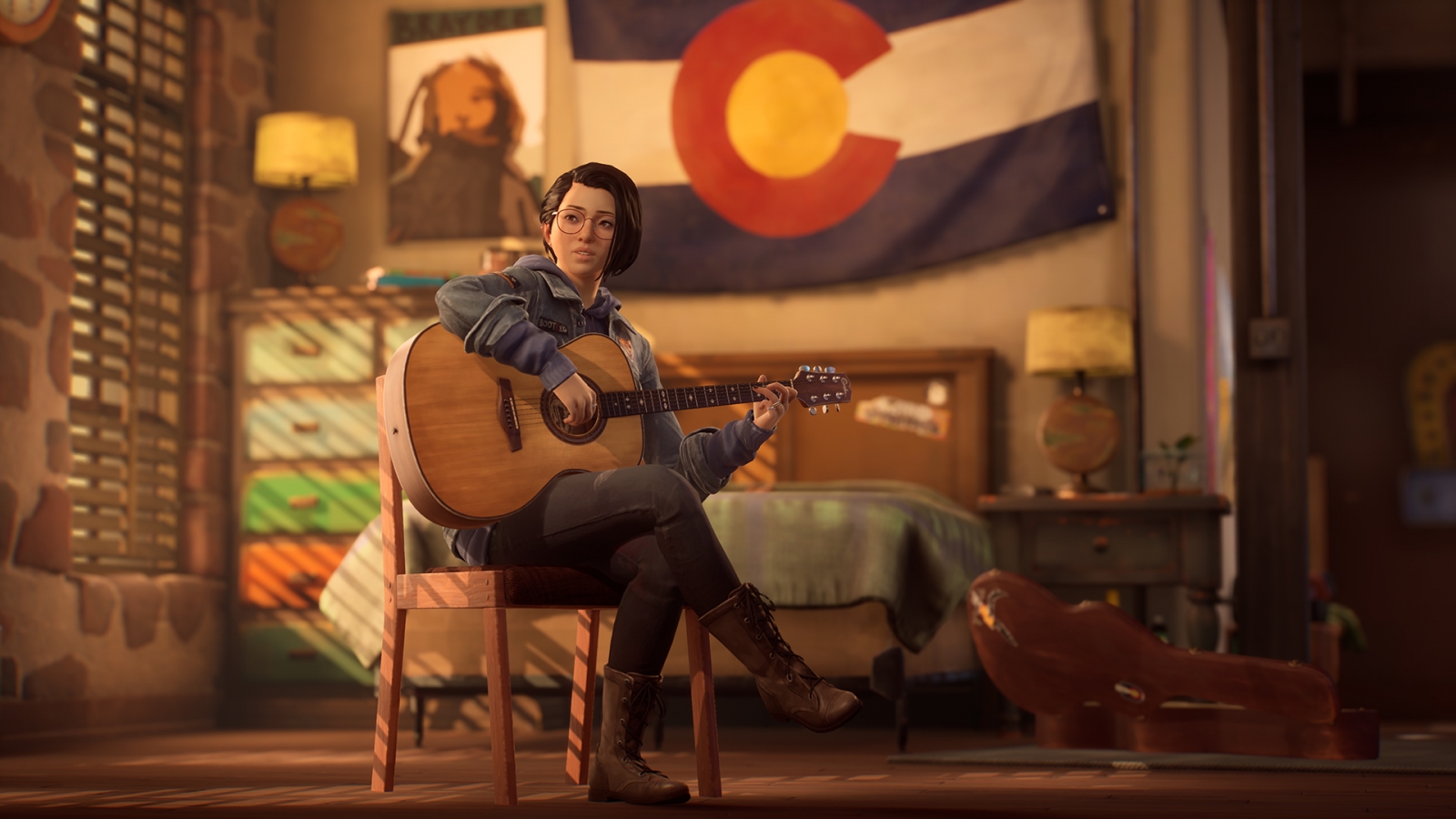 Like the first game, True Colors also has incredibly awkward and sometimes overly drawn-out moments between characters, especially in the first half of the game. These interactions, while making the characters feel real, can sometimes be agony to sit through. Though I will say that some of these moments, while still very corny, aren’t half as bad as the first game (shaka brah).

Yet another major borrowed aspect from a previous game is Steph, a character who made her first appearance in the Before the Storm prequel. Steph quickly becomes a charismatic and reliable ally to Alex in her journey to discovering the truth. Other characters also surprisingly display a lot of depth as they have their own struggles and unique backgrounds. 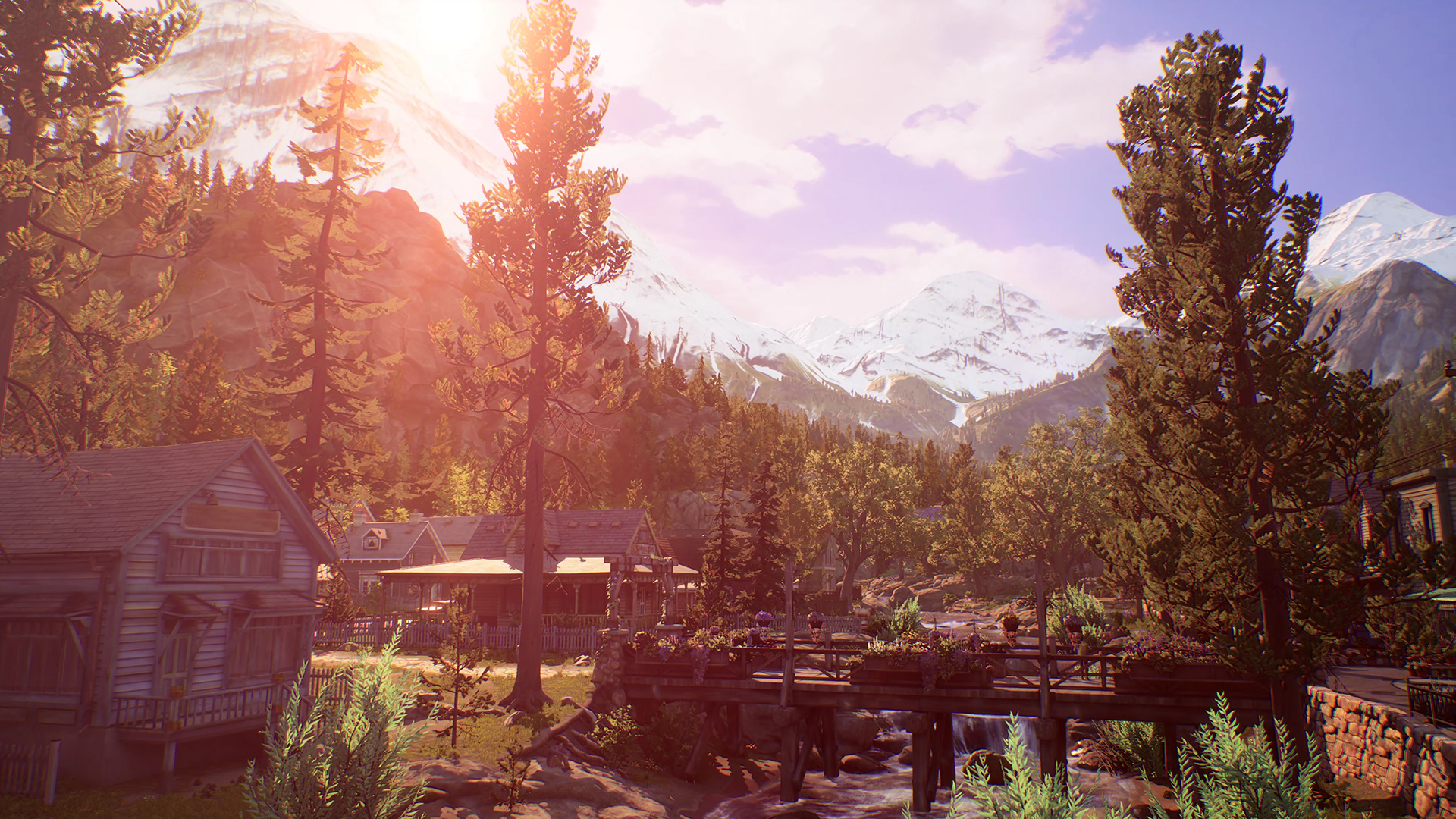 As for the visuals, the game sports noticeably improved graphics especially seen in the detailed character models and lush, vibrant, and reflective environments. While the aesthetic primarily remains the same as previous titles, the fidelity has been upscaled and improved significantly.

You may have noticed that I’ve compared True Colors to its predecessor’s numerous times in this review, and that’s simply because, while the new additions made to distinguish itself from other games are well executed, it doesn’t do a lot to change the core as it’s still very much another standard Life is Strange game. And while this definitely comes with advantages, it also reintroduces some disadvantages, such as the fact that aside from your choices, there are little to no consequences for your gameplay errors, as events will still mostly play out the same way regardless of how much you mess up or get things wrong. 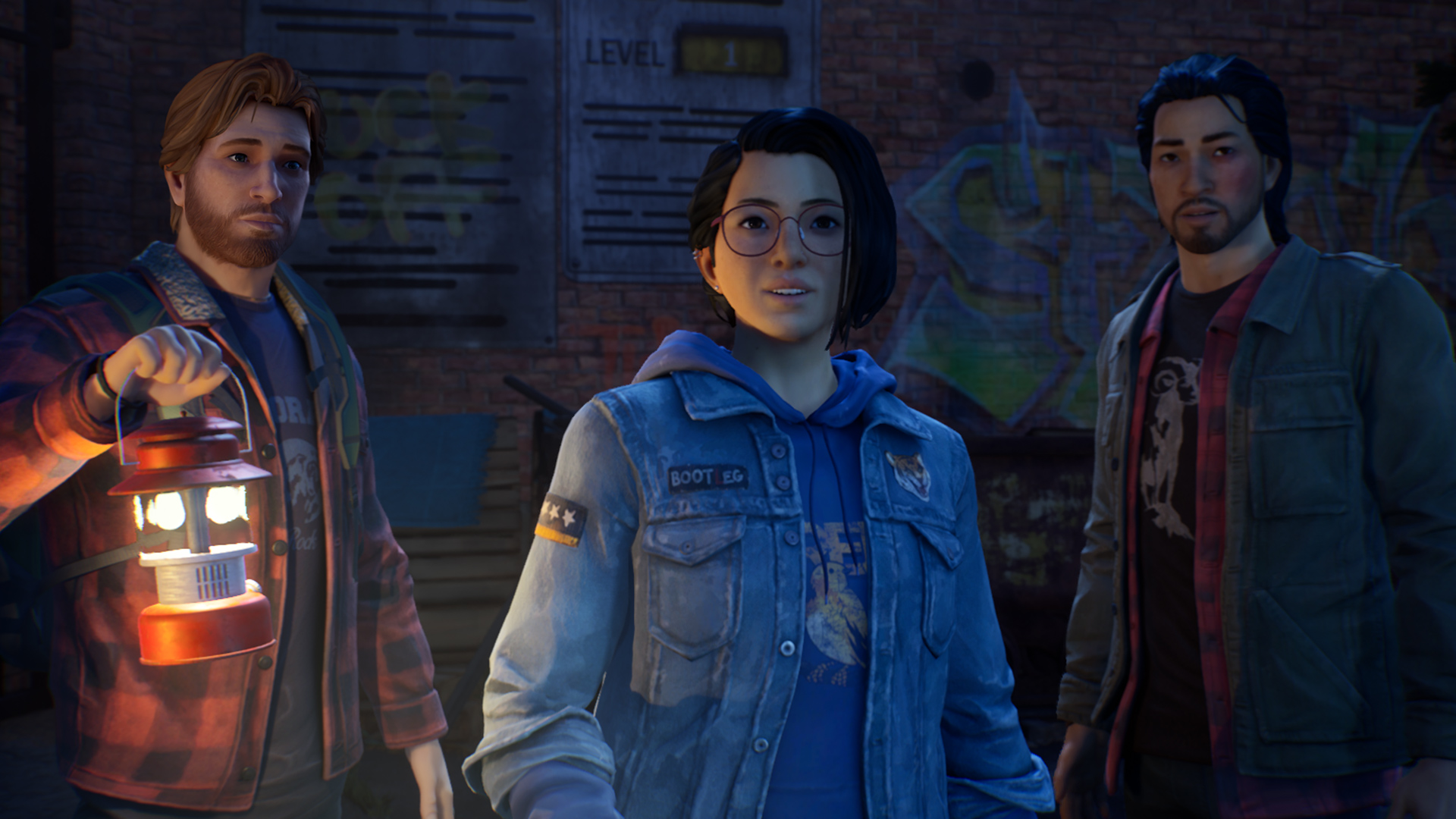 All in all, despite some of the cons that were also present in previous games, Life is Strange: True Colors is an excellent new installment in the series. Watching the characters interact with one another and playing out the intriguing who dunnit mystery provides a significant bit of fun and engagement that series fans will most likely appreciate.

Life is Strange: True Colors is very much a Life is Strange game in all the right and wrong ways. The new characters and plot provide a refreshing new take in the series and an enjoyable experience overall.

Abdul Saad is an avid gamer and computer geek. He's been writing for four years on news, reviews, previews, and more on multiple gaming sites. When he isn't writing or playing the latest JRPG, he can be found coding games of his own or tinkering with something electrical.
Related Articles: Life is Strange: True Colors
Share
Tweet
Share
Submit