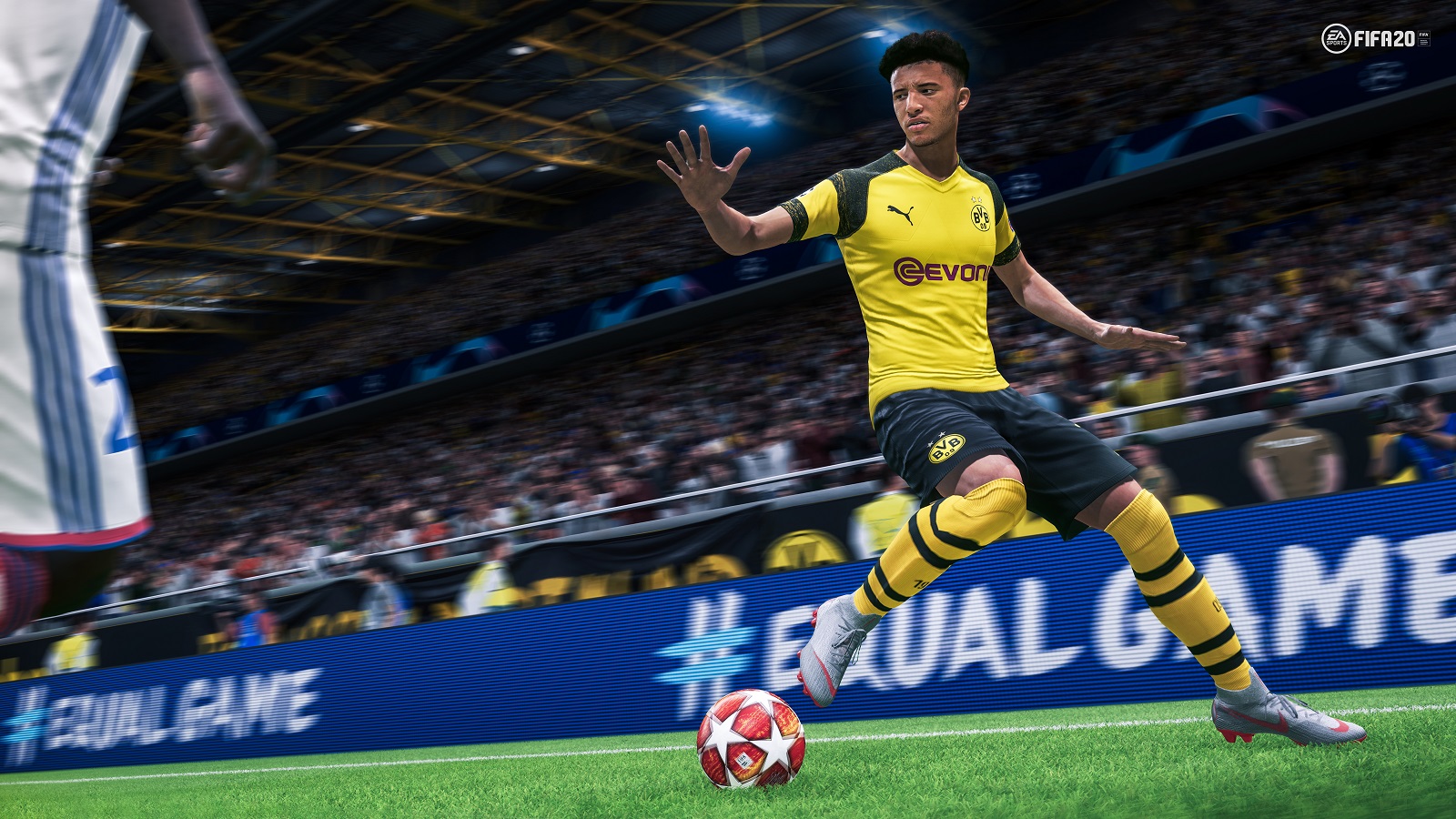 FIFA video games have dominated the markets for the past several years. The sheer sense of competition is enough to get anybody’s blood pumping, especially mine. The yelling matches and rivalries that FIFA 2020 creates between the best of friends is something everyone needs to experience.

If you’re looking for the short review, FIFA once again delivers as being an exceptional sports video game, as well as the ultimate crowd pleaser when playing split screen. EA has a formula that just works with their FIFA games. Sure, many could make the argument that it’s just the same game as the past 5 years with shiny new graphics and updated rosters, but the way I see it, why try to fix something that’s not broken? What I mean by this is that EA has created a great way of bringing the thrill of soccer into video games, and the result of trying to switch things up too much could potentially be disastrous for a franchise like FIFA. The gameplay is crisp, and the joy of scoring a goal or making a crucial tackle is more satisfying than ever. On top of the stellar gameplay, EA has also thrown in some surprise additions to keep the players satisfied.

A way to improve the user experience in a situation like FIFA 2020 is to add new ways to get the users involved. EA did just this with the addition of Volta, which is a new game mode that features its own storyline and unique gameplay. Unfortunately, I think Volta falls just short of being something great. Essentially, Volta is 4v4 or 3v3 street soccer, where you control a character that has just joined an underground club looking to make a name for themselves. Honestly, I was impressed with the story itself. I was expecting some cheesy cutscenes along with cringy acting, but to my surprise, the cutscenes were very well put together and the voice acting was perhaps some of the best I’ve seen from a sports game.

Where Volta falls short is its overall gameplay. I appreciate the effort, but when playing in a confined space with 2-3 other players, things tend to get a bit crowded. There’s too much going on in such a small space that makes it hard to perfect moves. Even when you do, it almost feels more like an accident, rather than skill.

To dig a little bit deeper into the problems with Volta, there’s some underlying aspects that don’t work. Due to the small scale of the field, there isn’t a lot of room to try different skills. What I mean by this is just about every possession feels the same. Steal the ball and hope for the best. With this approach, gameplay becomes incredibly repetitive very quickly. Every time after a few games, I would no longer want to keep playing. I always felt myself booting up a multiplayer match or continuing in MyCareer mode. EA incentivizes playing by gaining cosmetics and different skill points to your character, but even then, I don’t feel like it’s worth the hassle to play a few games for some cool looking adidas pants. 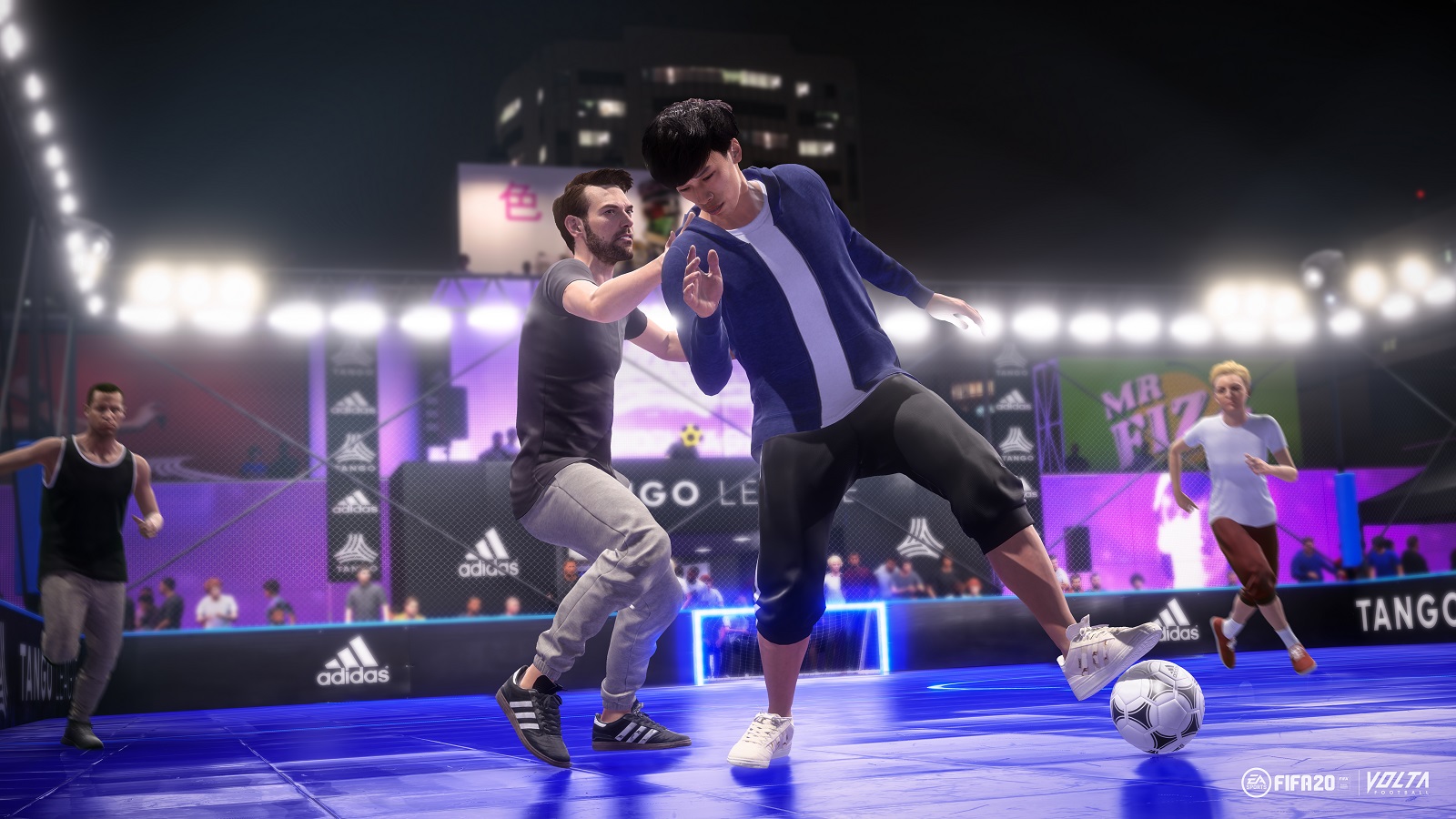 One thing that FIFA 2020 doesn’t get wrong is the career mode. Essentially, this was to be expected coming from EA. Interestingly enough, this was my first FIFA career mode to play through, and I quite enjoyed it. You begin by creating a player that matches your desired skill set. All of the positions on the pitch are open, meaning you can be anything from a striker to a goalie. You then advance into selecting a team you would like to play for, as well as clarifying all of your contract details. From there, it’s all about proving your worth on the field. Go through weekly practices before big games so you can make the most of your playing time.

A brief overview of the things I did enjoy were the atmospheres, the player mechanics, and the overall design of having the freedom to do what you want. What I mean by this is that if you really wanted to step up your game, do some drills to earn some extra skill points. The coaches would see things like that, and make it a point to start you for the next match. Failure to participate in drills to better yourself usually means a decline in playing time. It really helped give you a connection with your character.

Speaking of your character, the player customization menu was perhaps the best I’ve seen in a game. There were so many different looks you could choose from. Just hairstyles alone, there were loads of options to give the user the most realistic design they wanted. I really appreciate details like this. Again, it adds to the connection with your character, which is crucial in a game like this.

I do have a quick word of advice for players who are new to career modes: it takes time to become the star you want to be. Set expectations, because if you think your player is going to be scoring 5 goals a game right out of the gate, you might be disappointed. It works very similar to a real game, which makes that moment of scoring a goal even that much better.

If you’re at all familiar with the multiplayer aspect of previous FIFA titles, you’ll feel right at home with FIFA 20. Players who are new to the experience can expect quick loading times and a sense of competition that playing against AI just can’t compete with. I found myself really getting into the matches. It seems like many different people have their own unique strategy in trying to beat you on the field, and trying to figure out your opponent is incredibly fun to do . Fending off an all out offensive strike in the last few minutes or trying to catch your opponent off guard with a quick counter attack makes for some tense situations.

My one gripe that seemed to happen quite a bit is a feature that I found many players taking advantage of. When I would take the lead in the round, my opponents would tend to press pause and wait for the 40 second timer to expire. I’m fine with people making subs and adjusting there approach, but I got to the point where players would constantly just sit in the pause menu, essentially just trying to make me forfeit the match. It was frustrating trying to have a fun match with someone, when all they do is sit in the menu to save their win record. I could imagine this could be a quick fix, but for the time being, it still gets a little bit maddening.

Now onto a touchy subject. FIFA 20 does include loot boxes, which might not come as a surprise anymore. For those that are unfamiliar, the loot boxes in this game are used in a mode called Ultimate Team. The loot boxes gives players the opportunity to buy random packs of players, which can then be used in the Ultimate Team mode. Upon purchasing, you can then add the players to your rosters and compete online against other players around the world. I believe it’s fair that everyone should know going into this game.

FIFA 2020 builds off the success of previous installments. There aren’t any groundbreaking steps that were taken to enhance the overall experience, but I don’t think FIFA needs that just yet. Perhaps a few years into the future, they can look to make some major changes, but like I said before, their formula (the way the game plays) is working and it would be foolish to drift away from it. If demand were to go down, that would be the time to make appropriate adjustments.

Michael Golba is a recent college grad looking to make his way into the world of gaming. He enjoys balancing his passions of gaming, movies, and fitness, and spends most of his days online or in the gym. You can find him talking about movies whenever he can, as well as quoting Dumb and Dumber at any given moment for no reason at all. Probably having spent too much time with games like Rocket League in college, he somehow managed to graduate early, and looks forward to his next adventure in life.
Related Articles: FIFA 20
Share
Tweet
Share
Submit