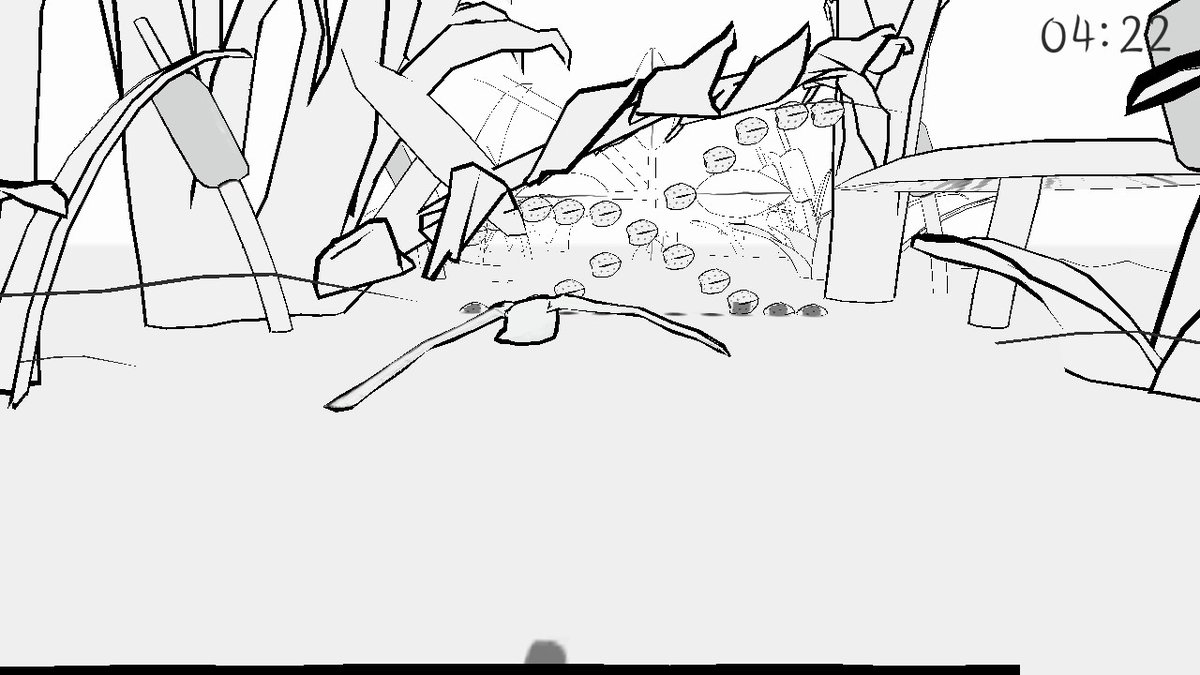 As I began Bird Game +, I was incredibly hopeful. Between its gorgeous aesthetic and vaguely Star Fox-inspired on-rails flying gameplay, it seemed that this minimalistic arcade flapping-simulator would be right up my alley. Unfortunately, now that I’ve played the game, I can say with certainty that you should barrel roll clear out of Bird Game +’s path, as this is easily one of the most underbaked and shoddily-assembled games I’ve played on Nintendo Switch in quite some time.

The problems with Bird Game + begin at its most fundamental level. You play as an unnamed bird flying across a body of water dodging obstacles and utilizing every skill at your disposal to make it to safety while the on-rails camera prods you along. Conceptually, this is an appealing idea, and its pacifist design provides an interesting counterpoint to Star Fox’s action-heavy one. While many indie developers choose to simply take an existing franchise and simply create a spiritual successor to what is already established, I appreciate how titles such as Bird Game + take an existing formula and turn it on its head. However, Bird Game +, while successful in concept, entirely borks the experience in execution. 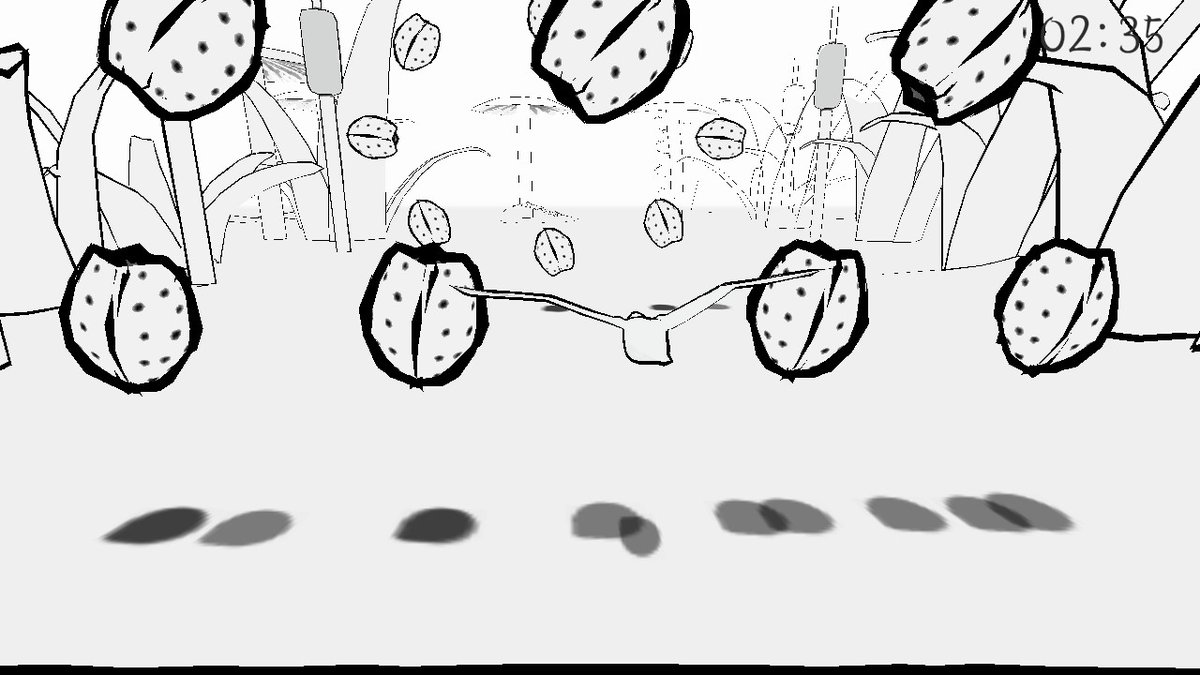 The most glaring issue with the game is the frustrating camera. Instead of staying locked behind your bird with the obstacles coming directly toward you, the game often pivots the camera slightly, which, as you might expect, takes an enormous toll on a game largely about precise movement with the goal of avoiding obstacles. These camera movements often make depth-perception obfuscated to the point of dumb luck; which resulted in many unintentional and largely unavoidable injuries. In addition, the game does not do a good job of immediately popping level geometry out of view as you pass it, so there were many times in which I’d successfully navigate past and obstacle only for it to stay on-screen, blocking my line of sight to my bird, causing me to knock into obstacles hidden behind the one I just passed. To add insult to injury, movement in Bird Game + is incredibly sluggish which, in tandem with the poor camera, makes navigation needlessly stressful. The game often asks the player to be incredibly precise and react quickly with regards to movement, but due to the omnipresent imprecision as it relates to the core mechanics of the experience, Bird Game +’s challenge can feel largely unfair at times.

This is not helped in the slightest by the game’s continuous repetition of level themes and looped music, which make retrying cheap sections of the game the epitome of monotony. I do enjoy the game’s aesthetic–the way in which the world in front of your bird draws itself in real-time is visually interesting. The music, for what little there is, sounds pleasant enough, too; but there just isn’t enough done with either the audio or the visual component of Bird Game + for the game to have any sort of resonance. Considering that the game has a mere three levels, it is especially unacceptable that music tracks are so short and level themes are essentially one-dimensional for the entire experience. 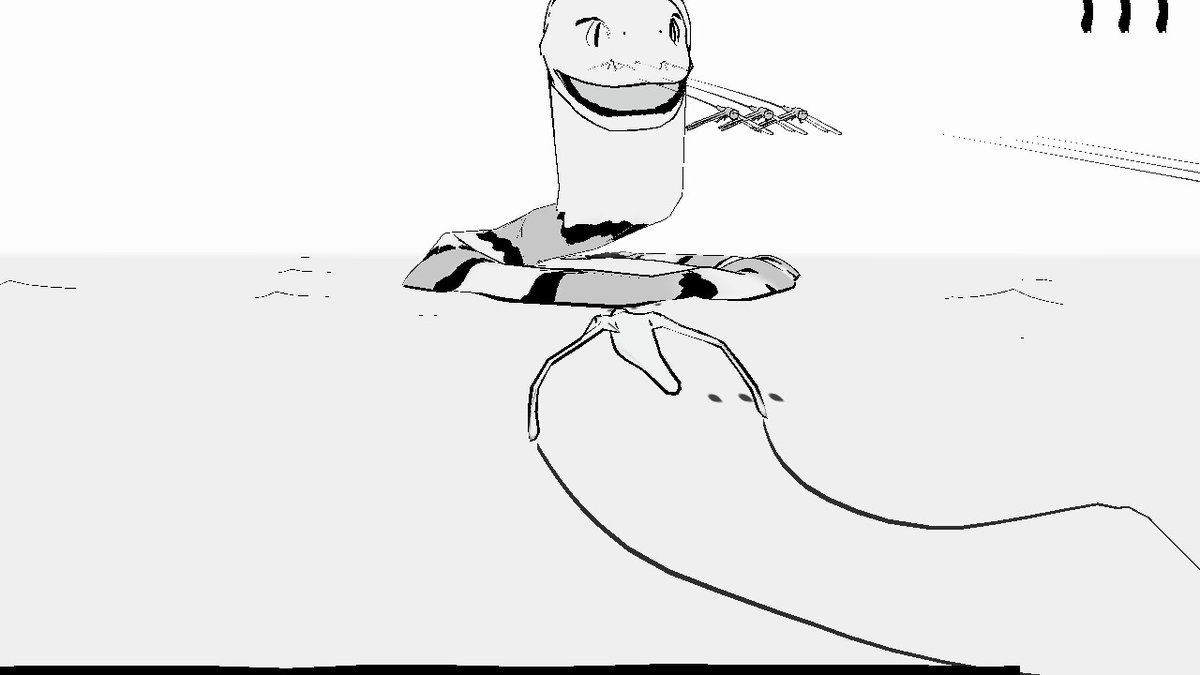 That isn’t to say Bird Game + isn’t without its merits, though. The game does posit some interesting gameplay ideas–my favorite of which being the ability to grab spears in your bird’s beak and barrel-rolling into oncoming enemies to kill them–and Bird Game + features three excellent boss fights. For everything the game gets wrong, these boss fights are truly well designed and make for tense yet innovative engagements. While none of the three are particularly difficult once you get a feel for them, they’re visually interesting and utilize Bird Game +’s mechanics in fun ways. However, sadly, these few fights were the only times I found myself truly enjoying Bird Game +.

This leads me to my paramount frustration with Bird Game +: its inherent design. The game is billed as being challenging yet relaxing. To the first claim, the inherently oxymoronic nature of that statement aside, the game earns neither of those adjectives. The challenge is born largely out of design shortcomings associated with the game’s fundamentals which cheapens the sense of difficulty immensely. Due to this, there is almost no relaxation to be found in Bird Game + from my perspective, as nearly all my time with the game was spent frustrating with the game’s myriad design flaws and blatant technical issues from frame drops to freezes and even a crash at the tail-end of my playthrough.

That said, I emphatically urge you to stay away from Bird Game +. It is a pretty game with pleasant music, great boss fights, and interesting gameplay concepts. However, these pros belie myriad, fundamental design decisions that obliterate any surface-level success that Bird Game + finds. Even at its scant five dollar asking price, there are much better ways to spend your money. But, that’s enough squawking about Bird Game +; I’ve got to fly the coop before I’m stuck burying my head in the sand to escape the game’s inexcusable issues.

In concept, Bird Game + seems like a pleasant spin on the traditional on-rails genre. In execution, Bird Game +misses the mark in nearly every way from its surprising lack of mechanical polish to its shallow design. While its aesthetic and genuinely enjoyable boss fights are undeniable highlights, they’re nowhere near potent enough to outweigh the game’s fundamental issues.

Abram is an aspiring games journalist with a soft-spot for titles published by a particular company that starts with N, and ends with -intendo. When he's not playing, or writing about, video games, Abram is most likely ranting to no one in particular about various films he's seen, or grabbing the sketchpad to do a bit of drawing.
Related Articles: Bird Game +, Indies
Share
Tweet
Share
Submit