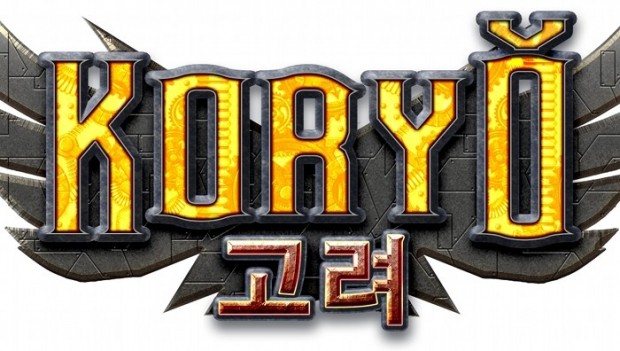 Steampunk is usually set in England, but imagine if it was set in Korea. Your goal is to become the most influential person in this ancient yet modern world by gaining favor with the various factions in the land like ship owners, bankers, priests and the powerful omniscient. Oops, don’t let your thinking run too wild. The theme is very thin here, yet beneath it is a solid and enjoyable card game. In fact I think it is a really fantastic game. It plays in twenty minutes, works well for non-gamers and family, and has great artwork.

The cards are physically unremarkable except that their unusual dimensions makes them hard to sleeve, and sleeving would be valuable here since the cards get a lot of shuffling in this game. The cardboard tokens are sturdy and will endure lots of play.

Once players draw the specified number of cards they can then choose to play as many of one type of card as they would like. In turn order players place face down the number of cards they intend to play, then players reveal their cards in turn order and resolve any abilities they have. To gain a character card’s ability you must have more of that card type than anyone else in front of you. Unlike character cards, the event cards don’t require having more than anyone else. They always work to harm other players by removing their cards or swapping them.

Once all of the players have played their cards then they must discard the cards in front of them until they have no more than the limit specified on the season card. The remaining cards in the player’s hand are discarded, all of the cards are shuffled, a new season is revealed, and cards are dealt out for the next round.

Once the eighth round is over, the player with the most of a card type scores that many points. Ties mean neither player gets points. The point value of the card is the same as its frequency in the deck and higher frequency cards have weaker special abilities.

The fun of the game comes from the special abilities granted by the cards. Some cards let you draw an additional card, keep additional cards in front of you, protect you from the event cards, or gain victory point chips. Finding cards that go together well is part of the fun but the central challenge is trying to gain a majority in a card type someone else currently leads in while maintaining your own majorities. There is a lot guessing, a little bluffing, and plenty of risk-taking.

It is very easy to teach and it is non-gamer friendly. Gaining majority is an easy concept and the card abilities are straight-forward. You might want to make a player aid though as the cards use symbols, not text, to indicate their abilities. Using symbols makes the game language independent, which is a nice feature, but using symbols also makes the game harder to learn. In the next printing Asmodee plans to include a player aid, which should make the game easier to learn. There should also be a copy of the player aid on Asmodee’s website shortly if it hasn’t been posted yet.

Koryo contains a surprising amount of strategic depth. Finding good card combinations can really give you an advantage. Decisions about strengthening your current majorities versus trying to sneak into another majority really matter, and there are great surprise moments when majorities switch or attempts to gain a majority fail.

Since different opportunities present themselves each game based on the luck of the draw, Koryo has good replayability. There is no dominant strategy or dominant card and how your opponents play really determines the opportunities you have and the amount risk involved in your decisions.

The card art, as I mentioned, is really striking. I love playing the game just because the art is so attractive. It really adds to the steampunk theme even though the game is quite abstract.

If you are looking for a heavy, long strategy game this is not it. Koryo plays in about twenty minutes, and hinges on tactical play, not long term planning. It is a great game for that, but it won’t scratch a heavier gaming itch.

The game has no meaningful theme. If that bothers you, then you might not like this game. I think for a game this short, the theme is not that important.

Attacking other players is an important part of this game. This never feels vicious, at least among the people I play with, but some people really try to avoid games that involve attacking others. The event cards can ruin well laid plans and if someone not in the lead gets targeted, especially if it is you, then the game can be frustrating or feel unfair.

The suggested price is a bit high for what you get. Sixty-three cards and a small sheet of cardboard chips is not a lot for over twenty dollars.

This is a game you should own. Koryo is a really fun game and now one of my favorites to play when I just have a half an hour. Teaching is a little long, but playing is quite quick and satisfying. Your non-gaming friends or family will enjoy it, and even serious gamers will find something here worth investing their time and energy in.