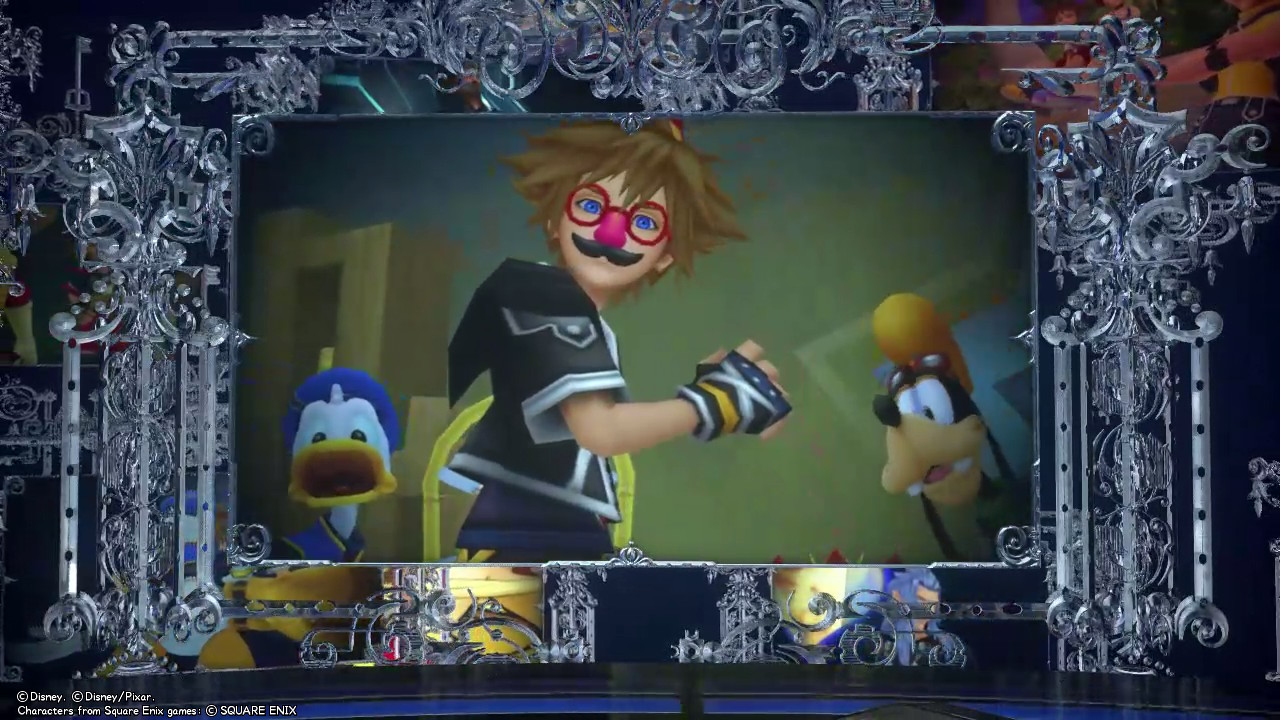 I adore Kingdom Hearts. I grew up with the series and have played each game multiple times, though some more than others. Last year, I reviewed the PC ports of the two collections, 3 + ReMind, and Melody of Memory, and each were the best possible versions out there. The older games didn’t have a lot of customizations options, but they all ran very well and looked great. Of course, even though most of these games could run on cheap or old PCs, many prefer to play on consoles, specifically the Nintendo Switch. Well, our wishes have finally come true with a bit of a monkey’s paw twist: they’re all cloud versions. Now I’ve been open minded to game streaming in the past, Hitman 3 on Switch is excellent and Stadia just keeps getting more and more stable, but there’s really no reason most of these games couldn’t run on the Switch, and that’s the start of the struggles here..

Kingdom Hearts 3 makes the best case for game streaming: it was a late PS4 title using Unreal Engine, which doesn’t have the best track record with regards to performance on Switch using A Hat in Time and Shin Megami Tensei V as examples. It did take me a bit to adjust to the input lag, which is very noticeable as a fanatic of the series, but I was able to get used to it after clearing the intro of Mount Olympus and Twilight Town. It’s definitely not ideal and I don’t know if you’ll be able to get the precision needed to beat the game’s super bosses in the ReMind DLC, but if you’re just looking to experience the story and can’t play it on anything else, this is a decent enough way to do that, though you may miss out on a few lines in cutscenes due to some stuttering caused by connection issues.

Kingdom Hearts 2.8 is where things get a bit foggier, being a collection of a 3DS game, a PS4 tech demo for 3 using the same engine, and a movie made in the same engine summarizing the first mobile game. People stream movies all the time, so that’s a non-issue here – just start it up and you’re good, but I actually found that the tech demo of A Fragmentary Passage performed the worst out of the collection for whatever reason. I was never able to forget I was streaming a game like I could with 3 or 1.5 + 2.5 as we’ll get into later. The image was almost always blurry, cutscenes had much more stuttering than 3, and input lag was always present with Aqua sometimes choosing to cast a Blizzard spell I wanted to use almost 5 seconds ago (which is an eternity in a fast paced action game). I’d say stay away from this one entirely, even if you’re just in it for the story. 0.2 and the movie don’t matter all that much and Dream Drop Distance is by far the worst game in the series both gameplay and story wise. Still, 3D could have benefited here from being a native port instead of being made even worse with streaming.

Now, on to my main issue with this collection: there is no reason 1.5 + 2.5 needed to be cloud based. In fact, I find they actually run worse when streaming than if effort was put in to natively port this collection. These PS2 and PSP games run at a shockingly low resolution and their original 30 frame per second instead of the 60 that KH3 targets (though admittedly it doesn’t get there often). Thankfully the input lag isn’t as bad as 0.2, but I did have some difficulty going through the Struggle tournament in Kingdom Hearts 2 that I normally haven’t.

While it has no real reason to exist compared to 3’s cloud version, 1.5 + 2.5 isn’t exactly awful to play. When you have a decently stable connection and have gotten used to the input lag, you can play through the story just fine, though again I’m not sure if optional content like the Sephiroth fights or even Atlantica in KH2 would be feasible without a little luck. Unfortunately, Birth by Sleep does have one very difficult, precise fight mandatory to the story: Xehanort at the end of the Final Story. I had a lot of trouble with this fight as a kid playing on PSP, though I did eventually beat him in critical mode and I just don’t think that would be possible here. It’s a real shame, because these games in particular are perfect for portable play, especially Birth by Sleep, but putting the Switch into sleep mode or opening the home menu for too long will obviously disconnect you from the servers.

If this collection included the original versions of 358/2 Days and Re: Coded, or even the GBA version of Chain of Memories, instead of just their movie versions and the PS2 remake respectively, I could see this being a worthwhile purchase, but streaming these games at a worse quality, frame rate, and for a ridiculous price point I can’t recommend these to anyone really. I’ll probably still play through 1 and 2 while I’m still waiting on a Steam Deck review unit, and because I am insane, but the only game in the so called Integrum Masterpiece Collection possibly worth getting on Switch (if you have no other options) is 3.

Kingdom Hearts on Switch could have been excellent, but instead of actually giving at the very least 1.5 + 2.5 the love and care they deserve they’ve all been shoved into the cloud. On top of dealing with input lag, dips in visual quality, and the occasional stutter many of these games look and run a lot worse compared to their PS4 or even PS3 counterparts. But hey…it’s portable. Kinda.

David is the kind of person to wear his heart on his sleeve. He can find positives in anything, like this is a person who loved Star Fox Zero to death. You’ll see him playing all kinds of games: AAAs, Indies, game jam games, games of all genres, and writing about them! Here. On this website. When not writing or playing games, you can find David making music, games, or enjoying a good book. David’s favorite games include NieR: Automata, Mother 3, and Gravity Rush.
Related Articles: Kingdom Hearts 1.5+2.5 ReMIX, Kingdom Hearts 2.8 Final Chapter Prologue, Kingdom Hearts III, Kingdom Hearts Integrum Masterpiece Collection
Share
Tweet
Share
Submit