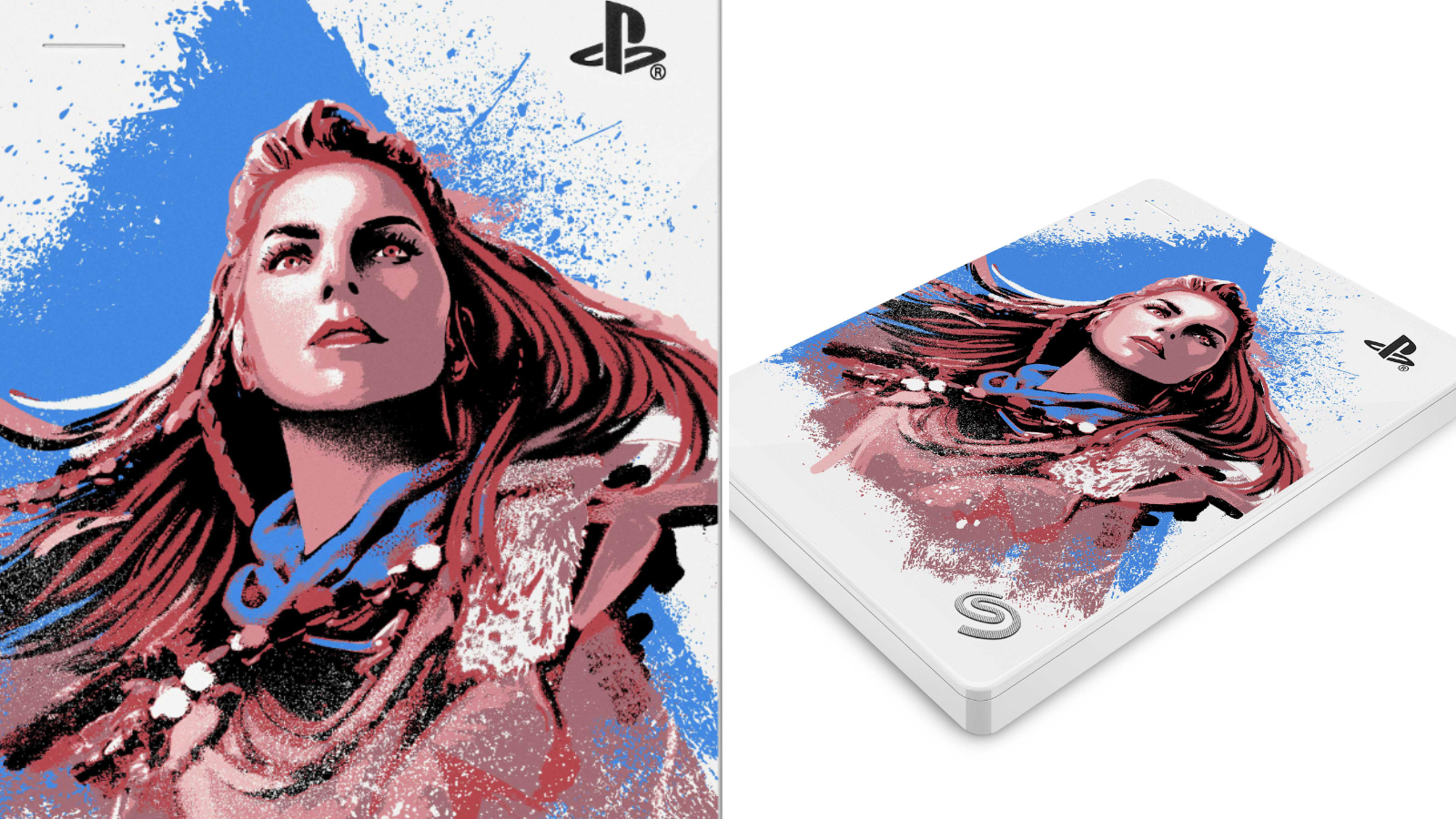 If you are a fan of Horizon Forbidden West (and you can tell by David’s 100% score on his review that we are) then you might be interested in an awesome piece of sweet tie in action.  Seagate is teaming up with Sony once more for a limited edition officially licensed game drive for the PlayStation 4 and PlayStation 5, this time with a gorgeous pastel-style picture of Aloy’s face on top.  Let’s get into the specifics:

Specifically designed and optimized with firmware to work with PS4 and PS5 consoles, these drives are lightweight and offer plug-and-play installation in under two minutes with no tools required—so players can jump into action. Connected and powered with high-speed USB 3.2 Gen 1 (USB 3.0), Seagate’s add-on storage options for PlayStation consoles do not need a separate power cord, making it easy for players to play from anywhere.

We’ve checked out their previous Game Drive efforts and always came away impressed.  Check out this video to see The Last of Us II and a few others for an idea of what we can expect:

Look for our review when we can get our hands on these awesome drives for ourselves.  Are you picking up Horizon Forbidden West?  Jump into our Discord channel and let’s talk about it!