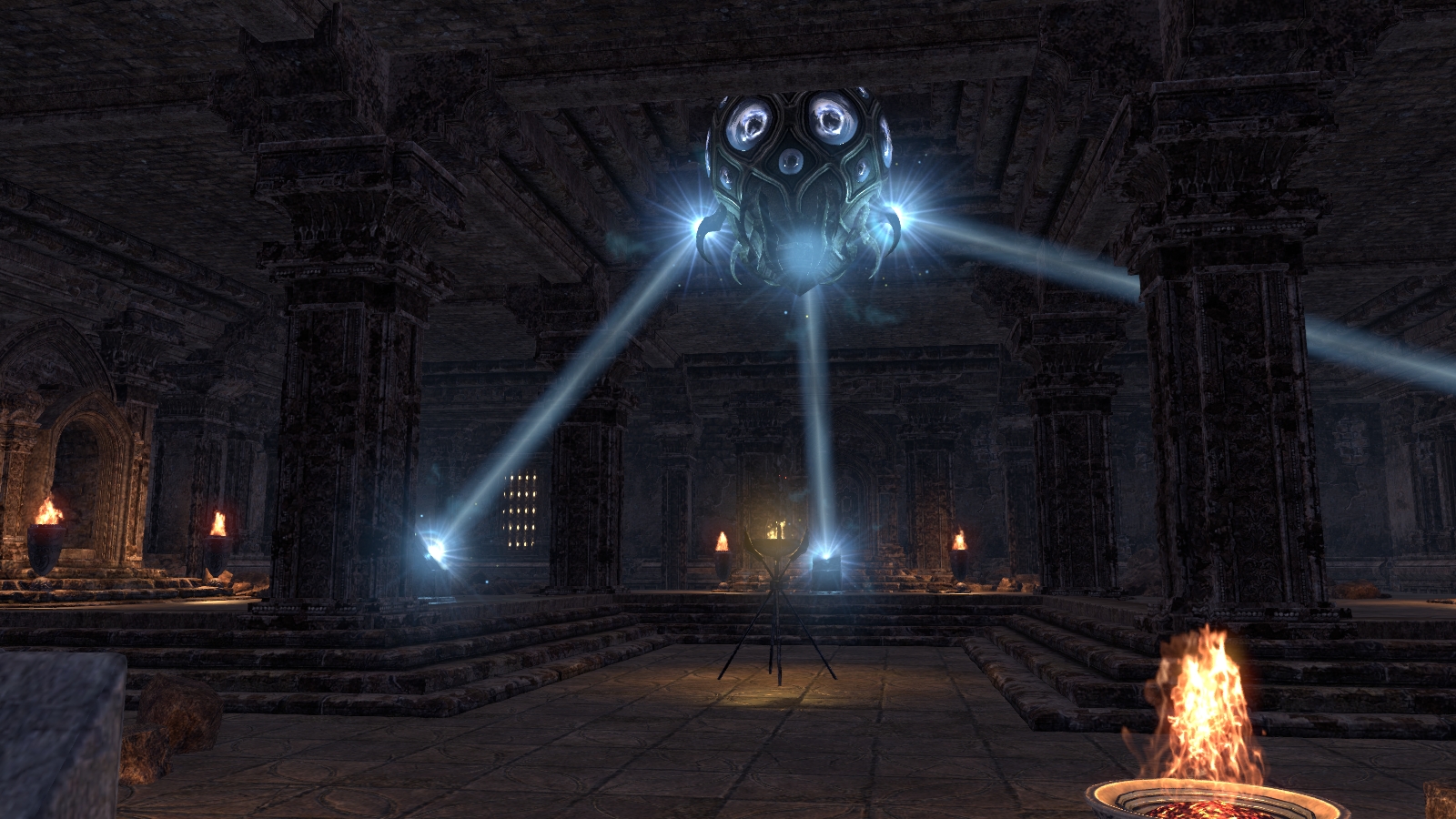 The latest chapter in The Elder Scrolls Online: Elsweyr, launched a few weeks ago and I’ve finally completed the main story, along with all the side quests in the zone of Elsweyr. ESO is a game I’ve played on and off since it was in beta, but in the last three months I have played it on a daily basis and I’m thoroughly enjoying it. This new chapter is no exception, and I honestly think this is one of their best expansions to date. I did a brief preview of the expansion a few weeks ago, but here I will dive deeper into my experience.

We travel to Elsweyr, the exotic homeland of the recently oppressed, cat-like race of the Khajiit. Rimmen is the capital where you’ll find all your traders, crafting stations, bank and more. The zone itself is mostly desert, with lots of mountains and ravines. A small part of the zone is more of a lush oasis, with beautiful flowers, green grass, and plenty of flowering trees. The zone can be quite challenging to navigate because of the mountains, and I suggest getting all the waypoints as soon as possible so you don’t have to worry about making your way to a hard to reach dragon. 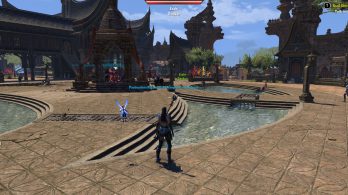 Home of the Khajiit, Rommen 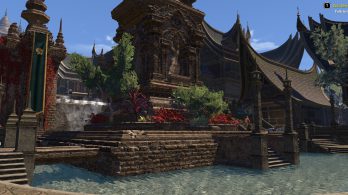 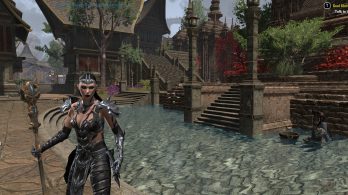 My Necromancer in the capital city, Rimmen 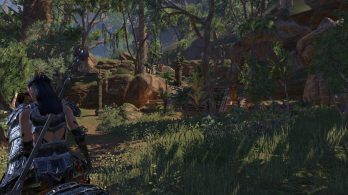 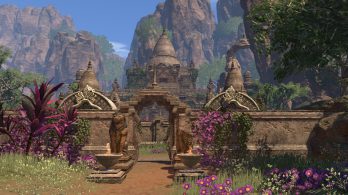 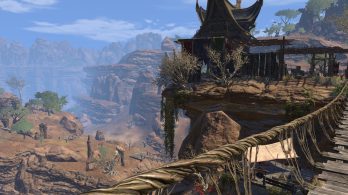 Lots of ravines in the zone! 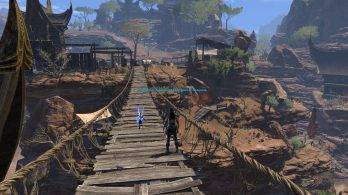 Something I didn’t know before this chapter, is that Khajiit come in many different forms. There are the standard cat-humanoid ones we’re used to interacting with, but you’ll also run into quest givers that are small, talking cats, and also huge muscular four-legged beasts that resemble powerful lions. I still can’t decide if it’s cute, or creepy. 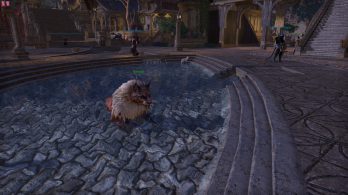 Khajiit come in all shapes and sizes 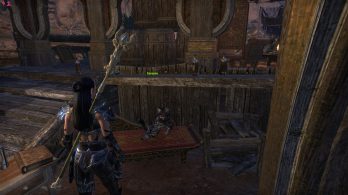 The chapter also introduced the new, and long-awaited Necromancer class. I rolled mine as a Breton, and I used the new class from level 1 to explore Elsweyr. I just picked the talents that I thought were fun as I went, and built her into a Magicka damage dealer on the front bar, and Healer on the second bar. My main character in ESO is a Magicka Sorcerer, and she is currently at around 310 Champion Level, but the gameplay feels totally different on the Necromancer.

Even though most people in zone chat were talking about how Magicka Necro was weak, I never struggled with mine, in fact I thought she seemed pretty overpowered. Add in the champion points that I can assign from my Sorcerer, and I was mowing through things with ease. Taking on groups of mobs at once was never an issue, and if my Ultimate Colossus ability was up, it devastated anything in sight. The video below will show my first few hours on the Necromancer from level 1.

I start most fights with the Blastbones ability, which summons a skeleton who runs towards mobs then blows up doing area of effect damage. Once that happens, it leaves a corpse on the ground. Follow up by dropping my area of effect ability Boneyard, which does more damage the more corpses are around. NPC corpses also count towards this. I’d weave in some Ricochet Skulls if needed, my direct damage splash ability. Eventually I got my mini-pet who stays out for 16 seconds, and he adds in some more damage. It feels a bit more complicated than playing my Sorcerer, but I actually like that I have to think about how many corpses are out at any given time to increase my damage.

I did get myself into trouble a few times by summoning my Skeletal Arcanist minipet in a city, which is considered a criminal act. He’ll start attacking any NPC or guard in sight, which quickly gets you a bounty, then promptly killed. I do not recommend. 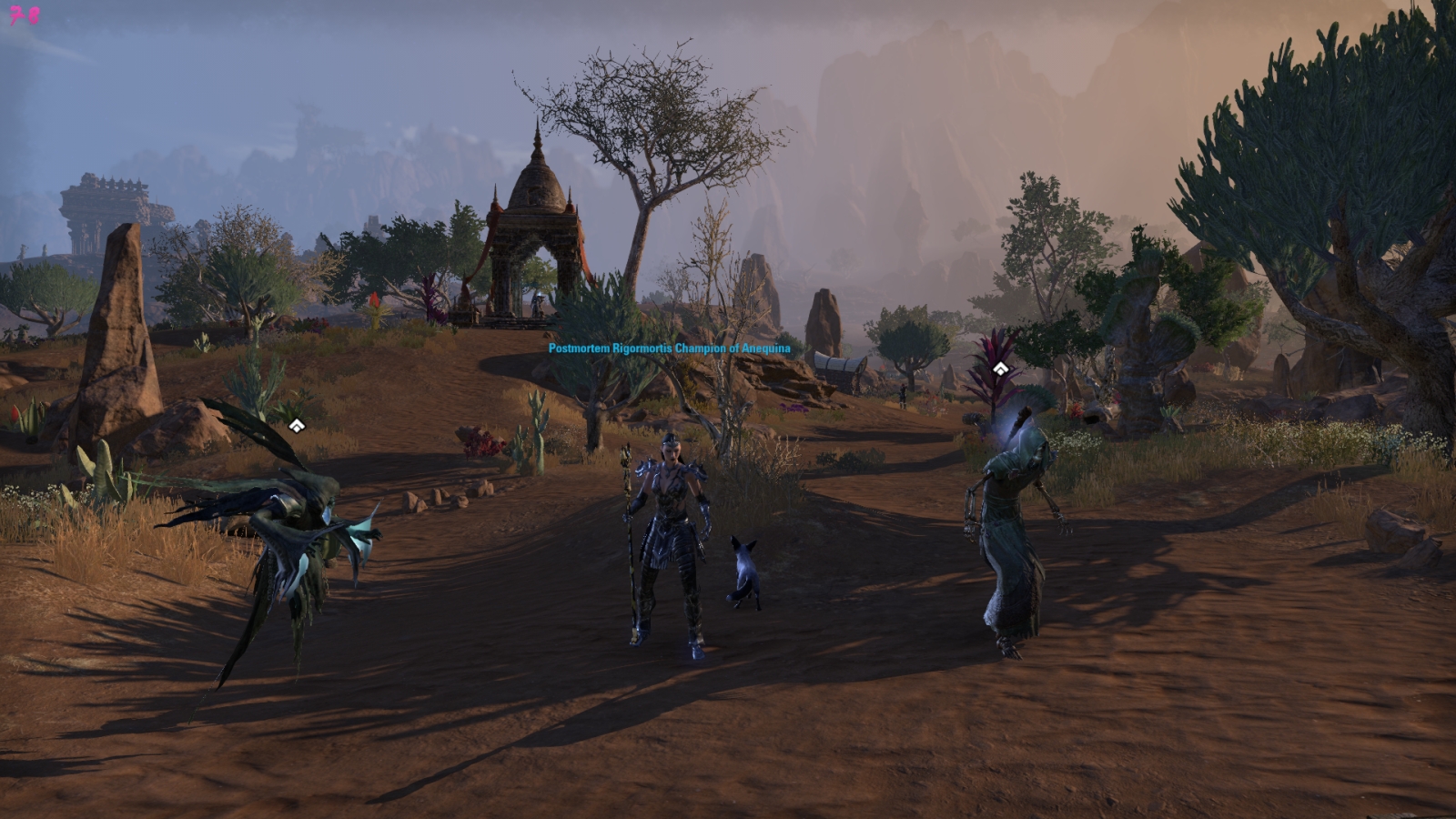 My necromancer with her damage and healing pets out.

Healing on the Necro also felt new and fresh. While I can heal on my Sorcerer, I have a low level Templar that I have set up strictly for healing. She is around the same level as my Necro, which is currently 38, and while the Templar seems powerful, the Necro healing seems more fun. Plus your Ultimate ability, Reanimate, can ressurect up to 3 players, which is a game changer. As far as I know, no other class can resurrect a player mid-battle without using a Soul Gem. I’ve morphed mine to summon a Blastbones when used, which adds a little DPS. I’ve been looking for every opportunity I can get to heal dungeons with my Necromancer.

Everything with the Necromancer is built around consuming corpses, and their area of effect heal, Life Amid Death is no different. You set it down to heal people, and if it consumes a corpse, it will heal for more. The more corpses that are around, the longer it will stay on the ground to heal. Render Flesh is a bigger heal that debuffs the healing you receive to heal both yourself, and one other person. Expunge removes negative effects, Spirit Mender is a pet that will heal alongside you for 12 seconds, and Restoring Tether will consume a corpse to do a huge 12 second heal over time.

Overall, I enjoy the class a lot, and will definitely take it to level 50 and into Champion levels. It has me questioning if I want to main heal on my Necromancer permanently, or leave that to my Templar. I didn’t mess around very much with the tanking line, Bone Tyrant, but I have heard that it is giving the current top tanking class, the Dragonknight, a run for its money, and I have yet to struggle to heal any Necromancer tank I have come across.

The quests in Elsweyr were also very engaging and fun. Quite a few familiar NPCs from previous storylines made an appearance throughout the zone. Our old friend Cadwell is a very active part of the main story, and I got to see a bit into Razum-Dar’s past. Rigurt the Brash, who has always been one of my favorites, is in town as ambassador once again in a hilarious questline that takes you all over Elsweyr.

I won’t go into much depth about the main storyline, because I feel like anyone who even remotely enjoys ESO should play it, and there are huge spoilers. Needless to say, there is a huge conspiracy, bad guys, a princess, and LOTS of dragons. The end fight was very epic. The video linked below will show it, along with spoilers, so watch at your own risk.

The main story was very fun, and at the end of it all you get a free Notable home called Hall of the Lunar Champion. You can currently unlock two wings of it, and two more will unlock with future updates. Zenimax has plans to continue to release DLC for The Season of the Dragon through the end of 2019. 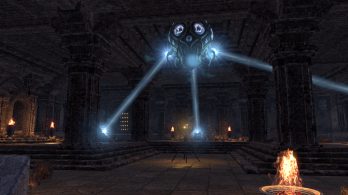 Inside the notable home, Hall of the Lunar Champion 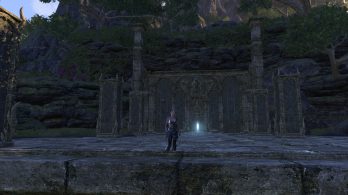 Outdoor area of the notable home, Hall of the Lunar Champion 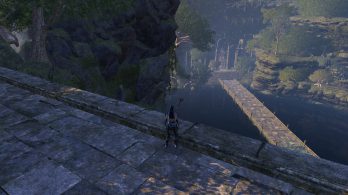 Lake in the Hall of the Lunar Champion 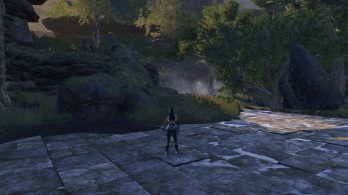 Hall of the Lunar Champion

The addition of dragons was also something ESO players have been begging for, and Zenimax did not disappoint. They are very menacing, and take several people to bring down. There tends to be at least one dragon up at all times in the Elsweyr zone, and if there isn’t you usually don’t have to wait long for one to pop up. I’d say it takes at least ten people, preferably more, to take one out. Their movements aren’t very predictable, and one wrong step will get you killed. They also shout out some scary taunts in Dovazhul, the language of the dragons.

The dragons loot table, along with the zone bosses, drop really nice set pieces, and I was fully decked out in the light magicka set, Crafty Alfiq’s, by level 8. There are new recipes, motifs, furniture items, and homes to collect as well. I really love the new Elsweyr furnishing items, and have been collecting every recipe I can find to craft them for my houses! The daily quests in Rimmen reward you with Shimmering Sand, and I would suggest doing them as soon as possible, as it is the item you need to craft the new furniture. Shimmering Sand is also selling quite well on the auction houses if you need to make some money. 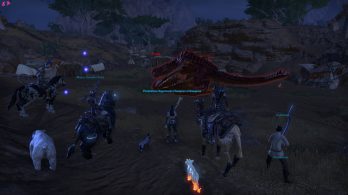 They stare at you before you fight them 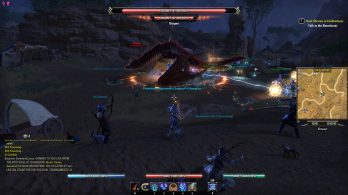 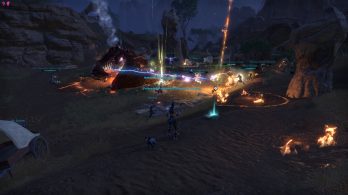 Lots of stuff to avoid on the ground 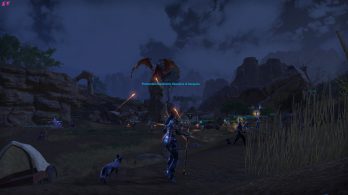 Perched up on a rock 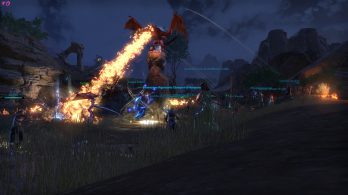 Blasting us with fire! 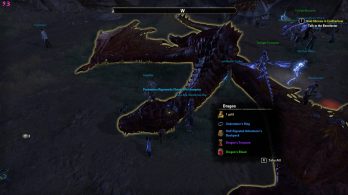 My one critique, which has been long standing way before Elsweyr, is that I really think ESO needs a queuing system for things like the named bosses. I have wasted more time trying to kill mobs for dailies than I’d like to admit. Some zones are obviously more crowded than others, and while I get that they want you to socialize and form groups that way, sometimes it doesn’t always work out. I’d at least like the option of queuing for a zone event or boss.

I thoroughly enjoyed questing through Elsweyr and while I wasn’t looking to start a new class, I am happy I made the Necromancer, as she is certainly the second most fun character to play for me. The class is a blast to heal and DPS on, and I can’t wait to get her into champion level. The addition of dragons was done perfectly, and brings a lot of fun to the game. The Elder Scrolls Online: Elsweyr CE is currently on sale for $51.99.

Holly Hudspeth is a best-selling author living in Fort Worth, Texas. She has six published books to date; The Skyy Huntington Series, which is an epic dark fantasy adventure, and One Small Detail, a stand-alone medieval fantasy. Holly also enjoys writing fan fiction based on her avatars from games such as EverQuest, Elder Scrolls Online, and World of Warcraft. Her first major purchase at the established age of nine was the NES, and she has been gaming ever since. You can find her leading raids two nights a week in World of Warcraft, goofing off with friends in Overwatch, or playing SMITE with her husband. She enjoys fantasy games, RPGs, and MMOs, and The Sims franchise.
Related Articles: MMO, The Elder Scrolls Online: Elsweyr
Share
Tweet
Share
Submit